Strait transits put ships in a particularly precarious position because they are navigating through narrow passageways of water, usually with only one clear path in and out. During the exercise, CSG 12 was confronted with various simulated threats. 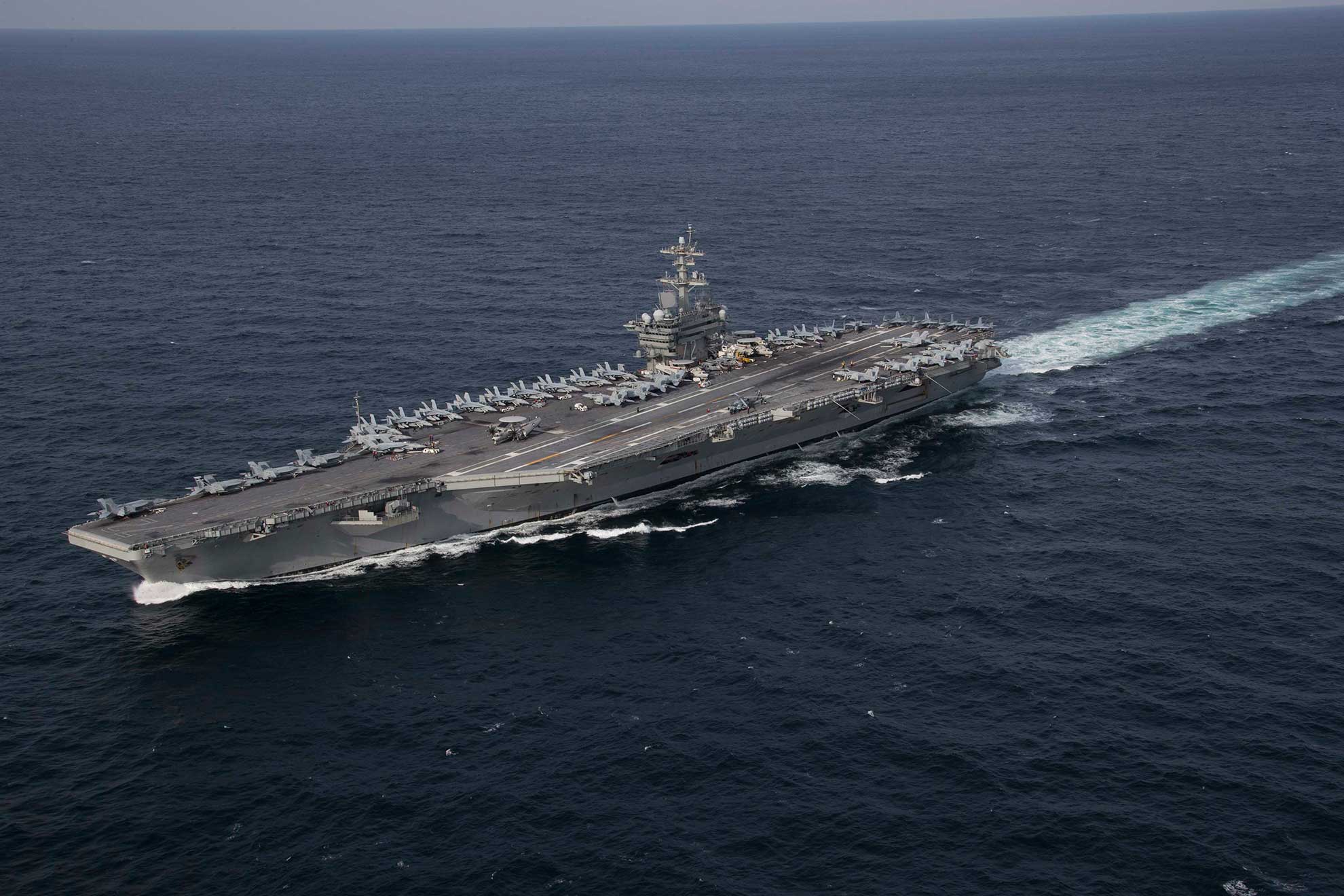 “We train so it is second nature for when we do it in the real world,” said Cmdr. Kenneth Myrick, Abraham Lincoln’s intelligence officer. “In straits there is an increased opportunity for miscalculation. They are a prime space for those who may want to take advantage of our limited maneuverability. We need to understand how to defend ourselves while in straits if we find ourselves in that situation.”

Strait transits put ships in a particularly precarious position because they are navigating through narrow passageways of water, usually with only one clear path in and out. When a strike group makes this type of transit, it is in a higher protective posture than normal due to high traffic or the possibility of foreign threats or attacks. During the exercise, CSG 12 was confronted with various simulated threats, including low-buzzing aircraft, small surface contacts, mine-laying craft and submarines.

“This was my 36th time maneuvering the ship during restricted transit operations, and it was a lot different than any other time,” said Quartermaster Seaman Steven Pettit, the master helmsman during the simulation. “Without the training I had, I wouldn’t have known how to best execute as well as I did today. It was controlled chaos in the bridge, but I think it was the best I’ve seen the bridge team work together.”

The aim of the simulation was to help all participating assets understand what the environment could be like as CSG 12 transits the straits in international waters during its upcoming deployment.

“Until we actually go through it, you won’t know how well your team will handle it,” said Quartermaster 3rd Class Ryan Gouger, the quartermaster of the watch during the strait transit exercise. “After seeing the way the officer of the deck and the entire bridge team was able to stay organized and composed through the chaos, I think we are as ready for deployment as we could ever be.”

Carrier strike groups are readily capable of responding wherever and whenever required, through a variety of mission sets. In addition to possessing the flexibility and sustainability to fight major wars and ensure freedom of the seas, a strike group is a visible and powerful symbol of the United States’ commitment to our allies and partners.

The components of CSG 12 embody a “team-of-teams” concept, combining advanced surface, air and systems assets to create and sustain operational capability. This enables them to prepare for and conduct global operations, have effective and lasting command and control, and demonstrate dedication and commitment to becoming the strongest warfighting force for the Navy and the nation.