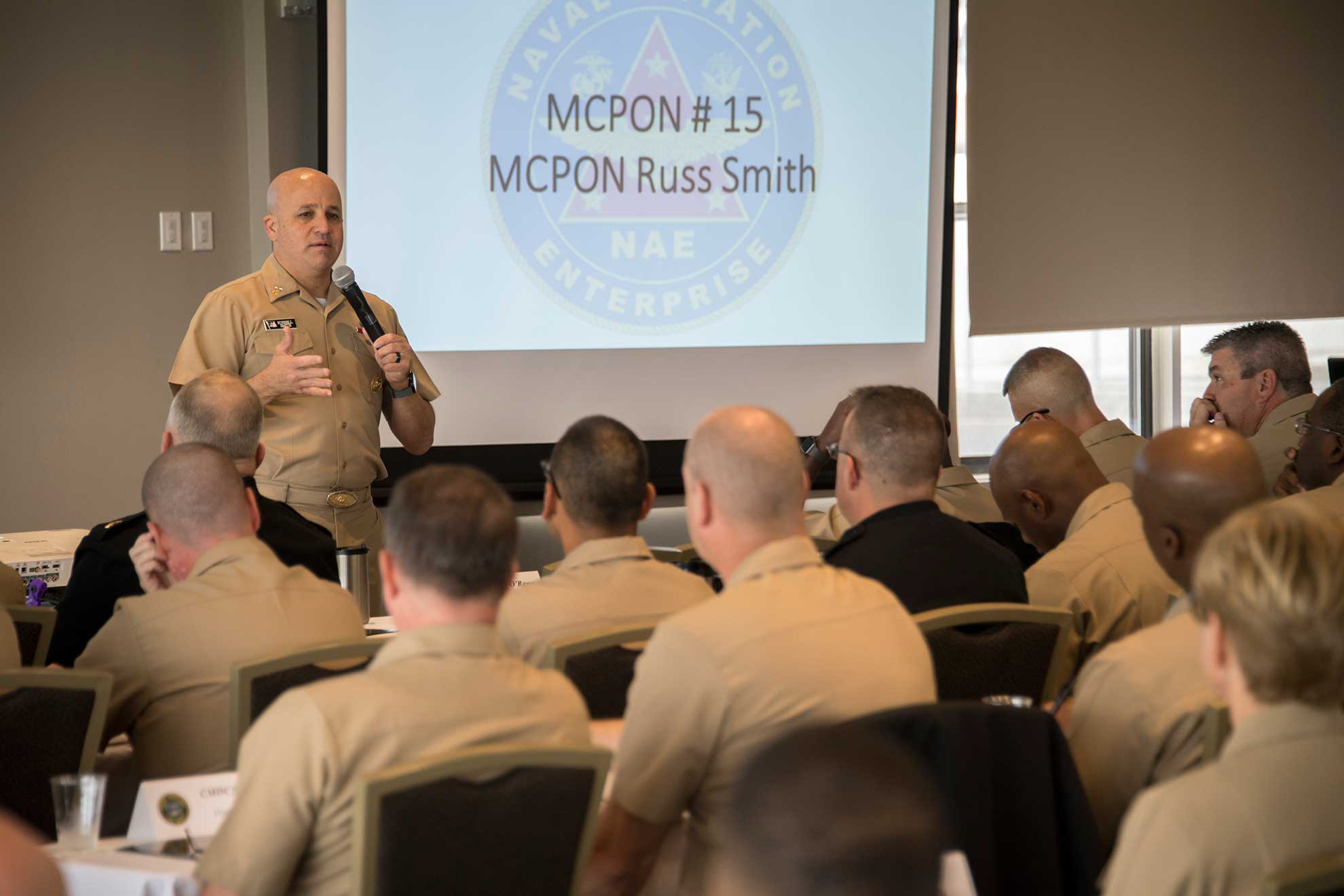 “You have a profound impact on our Sailors and their families.” Miller said. “We are in a great power competition.  The habit patterns that you teach your Sailors, and the resilience you provide for our families will kick in when we go into a high-end fight.  And I just want to say, ‘Thank you.’”

The annual aviation CMC/SEL symposium hosted 130 Command Master Chiefs and Senior Enlisted Leaders from aviation commands around the globe, and for the first time included their spouses.  Fifty-five spouses attended the symposium, receiving briefings on everything from aviation readiness to family support programs.

“I jumped out of my seat when my husband sent me the email, because I was so excited that they thought enough of us as spouses to come and take part in this symposium,” said Karla Reeder, wife of the VAQ-140 CMC.   “As experienced military spouses we need to be able to educate the junior Sailor spouses and junior officer spouses on topics they need to know about.” 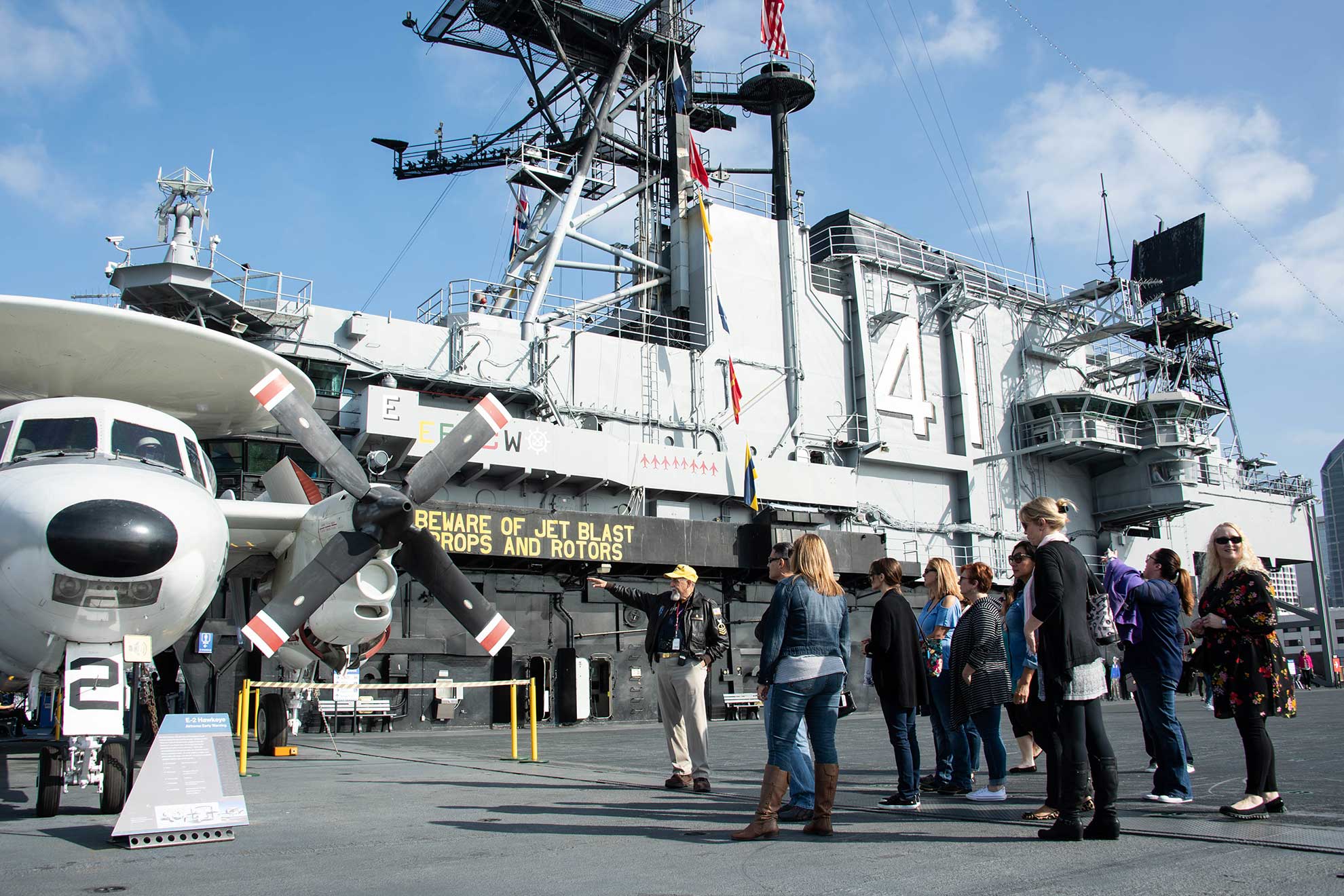 Warfighting and readiness were central topics of the symposium, with Dynamic Force Employment (DFE) and changing deployment paradigms being a central theme.

“As we continue with DFE and unpredictability, we’re going to leave and spouses and families aren’t going to really understand why that unpredictability is there,” said FORCM (AW/SW/NAC/IW) James Tocorzic, the CNAF Force Master Chief.  “We need all members of our triad spouse team to understand that, and be able to communicate that all the way to the spouses of our deckplate sailors.”

Tocorzic added that Sailors who have only served in recent decades may not understand the reasons for unpredictable schedules and restricted communications, making education a key role for leadership.

“We have demonstrated Naval Aviation’s airpower over the last two decades over land in Syria, Afghanistan and Iraq.  A maritime fight with peer competitors, though, will absolutely will be different for our families.  We will not have the ability to communicate via email and social media like we do today.”

“The good news is, we’ve found that if a sailor understands why they’re doing something, they’re more eager to do it.  There is a sense of urgency in our fleet right now.  The landscape is changing and we need to be prepared for it.  And that’s a huge part of the role of our CMCs and their spouses, making sure every single one of our Sailors and their families understands the threat is real, and that we’re ready to go.”

During the symposium, aviation CMCs and SELs also heard from the Master Chief Petty Officer of the Navy, Russell Smith, and the Fleet Master Chiefs from U.S. Fleet Forces Command and U.S. Pacific Fleet.