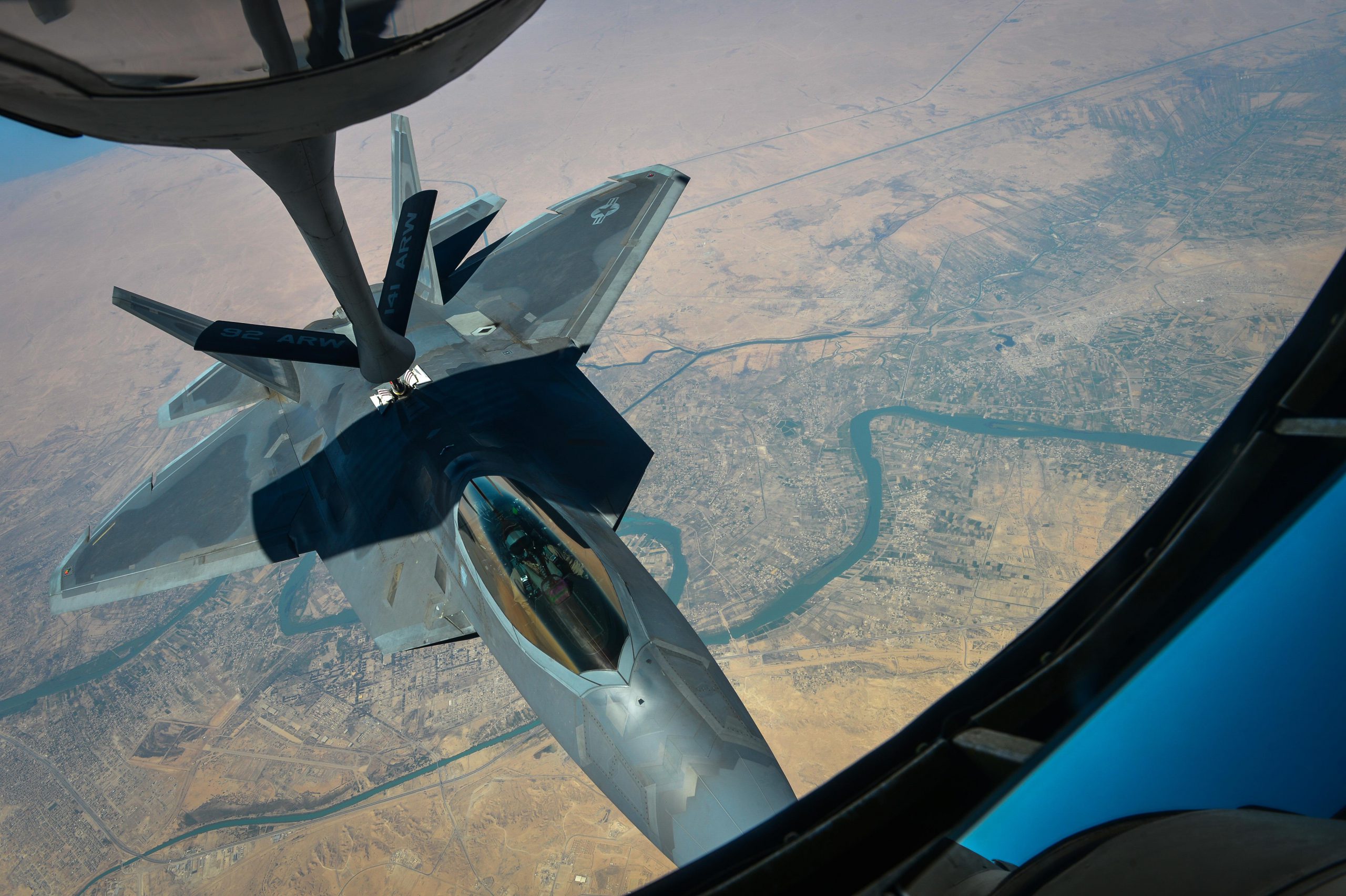 According to Air Force Lt. Col. Joseph Carr, 340th EARS director of operations, the mission of the KC-135 Stratotanker squadron is to enable its receiver’s capabilities to extend their air-to-air refueling missions and prolonging their ability to provide air superiority.

Each day, the 340th EARS provides nearly two-thirds of all U.S. Central Command air-to-air refueling for joint, coalition and NATO partners, he said.

During a deployment, aircrews flying KC-135 missions can expect to refuel a variety of aircraft ranging from bombers, reconnaissance, fighters and cargo, Carr said.

“We are matched up with so many different receivers from all of the different functions of the U.S. military and international,” said Air Force Lt. Col. Sarah Micklo, 340th EARS pilot. “It’s always an adventure; we get heavy aircraft, fighter aircraft; props and jets and it’s just really interesting to be able to communicate and interact with those different aircraft.”

In August 2017, the 340th EARS supported a total offload of 36.5 million pounds of fuel to 3,180 aircraft. The squadron accomplished roughly 150 missions each month, and nearly 1,800 within the last year.

“By having the most amount of gas in the air each day allows our aircraft and partners the flexibility to perform their operations and missions more effectively,” Micklo said. 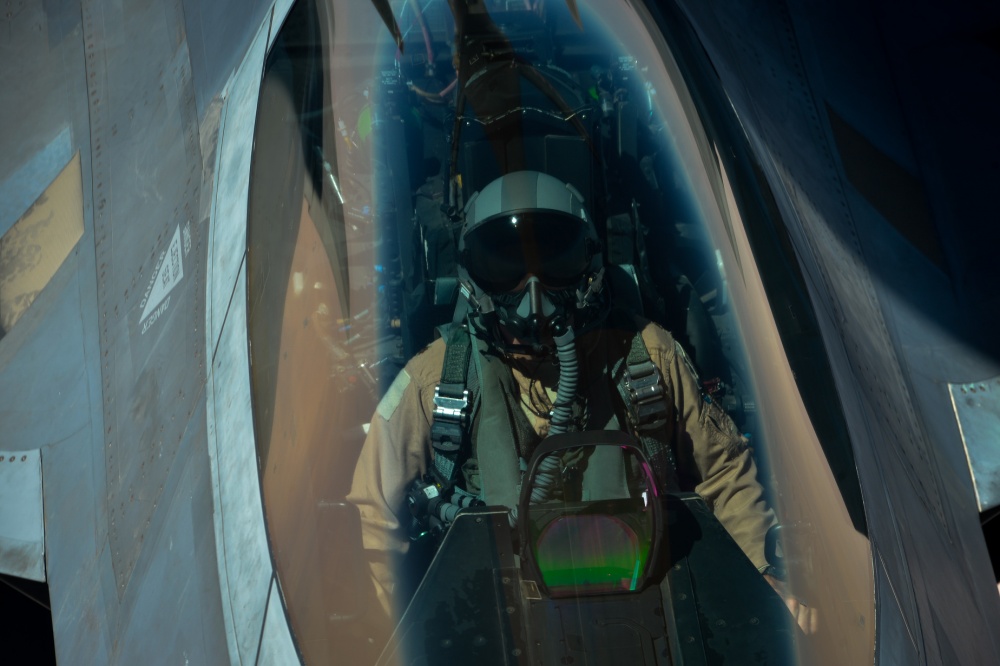 The F-22 is a component of the Global Strike Task Force, supporting U.S. and coalition forces

“Without a doubt, the U.S. Central Command mission would not happen without the efforts of the men and women of the 340th EARS,” he said. “Our airmen are unquestionably mission oriented, hardworking, dedicated, and nonstop focused. The tanker mission runs 24/7 with no relief.”

The 340th squadron was originally constituted as the 340th Fighter Squadron on Sept. 24, 1942. Since its establishment, the squadron has undergone several consolidations, deactivations and name changes.