All three legs of the nuclear triad operate with a high degree of readiness, reliability and excellence, but the aging systems need more investment for the future.

All three legs of the nuclear triad operate with a high degree of readiness, reliability and excellence, but the aging systems need more investment for the future, Defense Secretary Ash Carter said yesterday at Kirtland Air Force Base in New Mexico.

Carter — who is traveling to North Dakota, New Mexico, California and Hawaii through Oct. 1 to focus on the U.S. nuclear enterprise — took questions from reporters after speaking with troops.

Kirtland is home to the Air Force Materiel Command's Nuclear Weapons Center, which is responsible for acquiring, modernizing and sustaining nuclear system programs for DoD and the Energy Department.

Legs of the Triad

In response to a reporter’s question, Carter described issues associated with each leg of the nation’s nuclear triad. 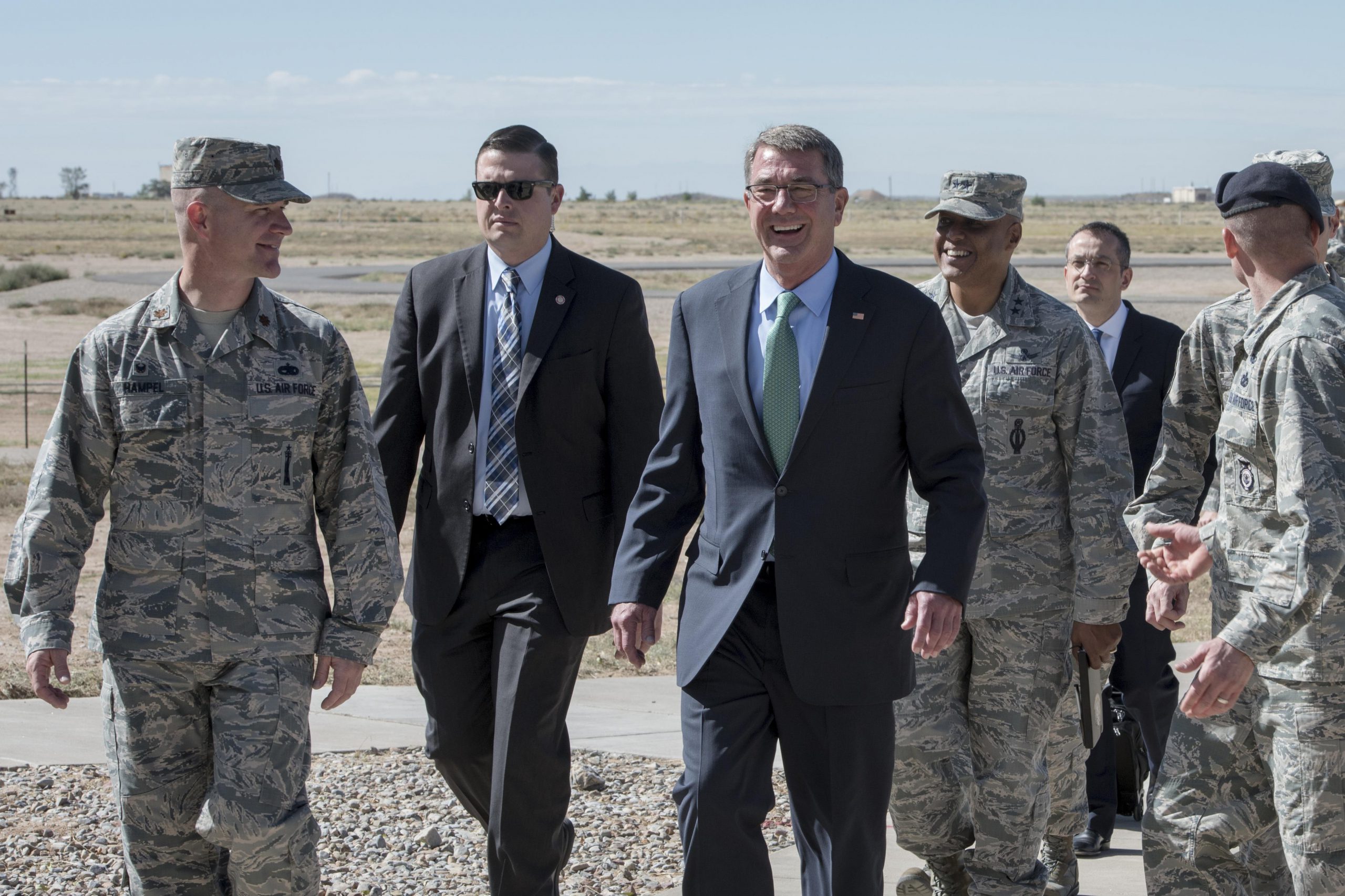 “For the submarines — the Ohio-class submarines — an excellent submarine, but a submarine can only submerge and ascend so many times before its hull life is consumed and then it has to be replaced,” he said. The department will replace the Ohio submarines, he added, because that is a highly survivable and valuable leg of the triad.

With respect to bomber, the secretary said, “We have bombers for a number of reasons, and we're investing in the B-21 bomber, particularly because of its abilities to penetrate air defenses and contribute to conventional strike for a wide range of possible contingencies.”

Carter said the department decided to give the Air Force’s long-range strike bomber, recently named the B-21 Raider, a nuclear capability. “But it is not a nuclear-only platform any more than the B-52 is or the B-1 was,” he added.

And the replacement for the air-launched cruise missile recognizes what has been true for decades, the secretary said. The department developed and deployed the ALCM in the 1970s to penetrate modern air defenses it was necessary to have a cruise missile and a bomber capability, he explained.

Addressing intercontinental ballistic missiles, Carter said the Minuteman, whose development began in the mid-1950s, has been in service for decades.

“We have extended its lifetime, its propulsion, its guidance and so forth. But there comes a time when something that old needs to be replaced. And we have put those dates off … to the point where we really need now to move out on those programs,” he said, noting that the long wars in Iraq and Afghanistan pulled attention and resources away from triad modernization.

“We weren't paying enough attention to the nuclear enterprise — the bedrock of our security,” the secretary said. “Now we have to do that. … I am confident we'll do that.”

Along with the nuclear triad and scientific and support facilities, the morale of the Air Force and the Defense and Energy departments’ civilian nuclear workforce also needed attention, he added, and DoD began an effort to set that right two years ago.

“You see the Air Force doing that in its force improvement program, which seeks to, for example, give people whose specialty is nuclear weapons opportunities to broaden their experience in the course of their careers and enrich their understanding of how their mission fits into the entirety of our national defense mission,” Carter said.

“That is important, because people thrive on having an understanding of the meaning of what they're doing. This is a very solemn, significant and essential function, but people are people, and they want to be enriched in the course of their careers. And people in the nuclear specialties are no different,” the secretary said.

The Air Force is paying attention to that in the uniformed cadre, Carter said, and DoD is doing the same for its civilian workforce, “because its leadership is just as aware of the need to make sure that we have a future generation of scientists and engineers supporting the nuclear deterrent that we have today.”