Atlantic Ocean — A French navy Rafale fighter jet crests the horizon, on a glide path to touch down as part of an historic combined flight operation aboard the aircraft carrier USS George H.W. Bush. 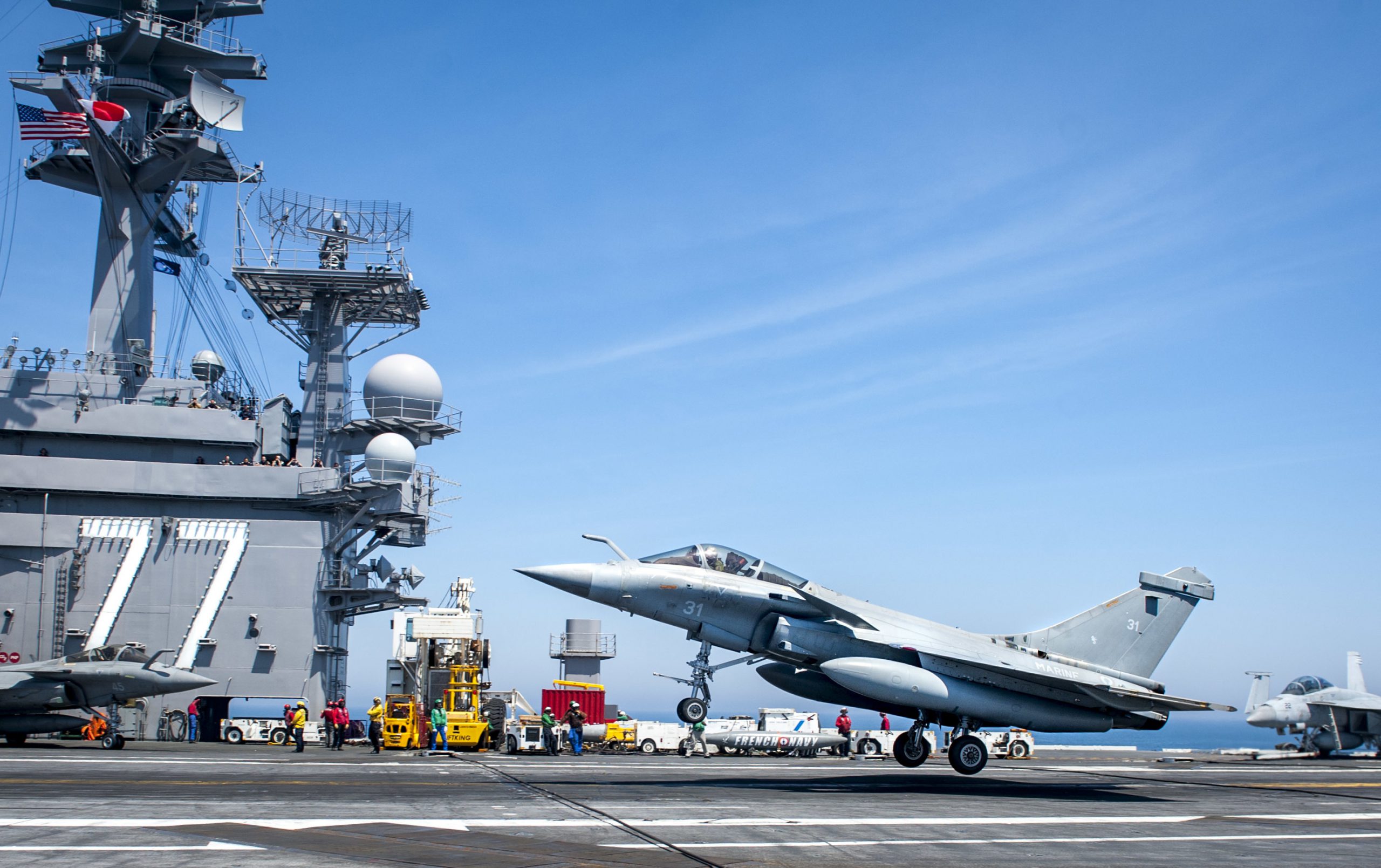 French sailors embarked aboard the USS Bush to conduct carrier qualifications, a series of arrested landings and takeoffs from an aircraft carrier done regularly by squadrons to maintain their naval aviation proficiency. The exercise consists of one E-2C Hawkeye and 12 Rafale French navy aircraft and 27 pilots looking to keep their skills sharp.

The French navy has one aircraft carrier, the Charles De Gaulle, which is undergoing a maintenance period. Approximately 3,700 U.S. and 301 French sailors are working together to maintain, launch and recover aircraft to strengthen interoperability between U.S. and French naval forces during Chesapeake 2018. 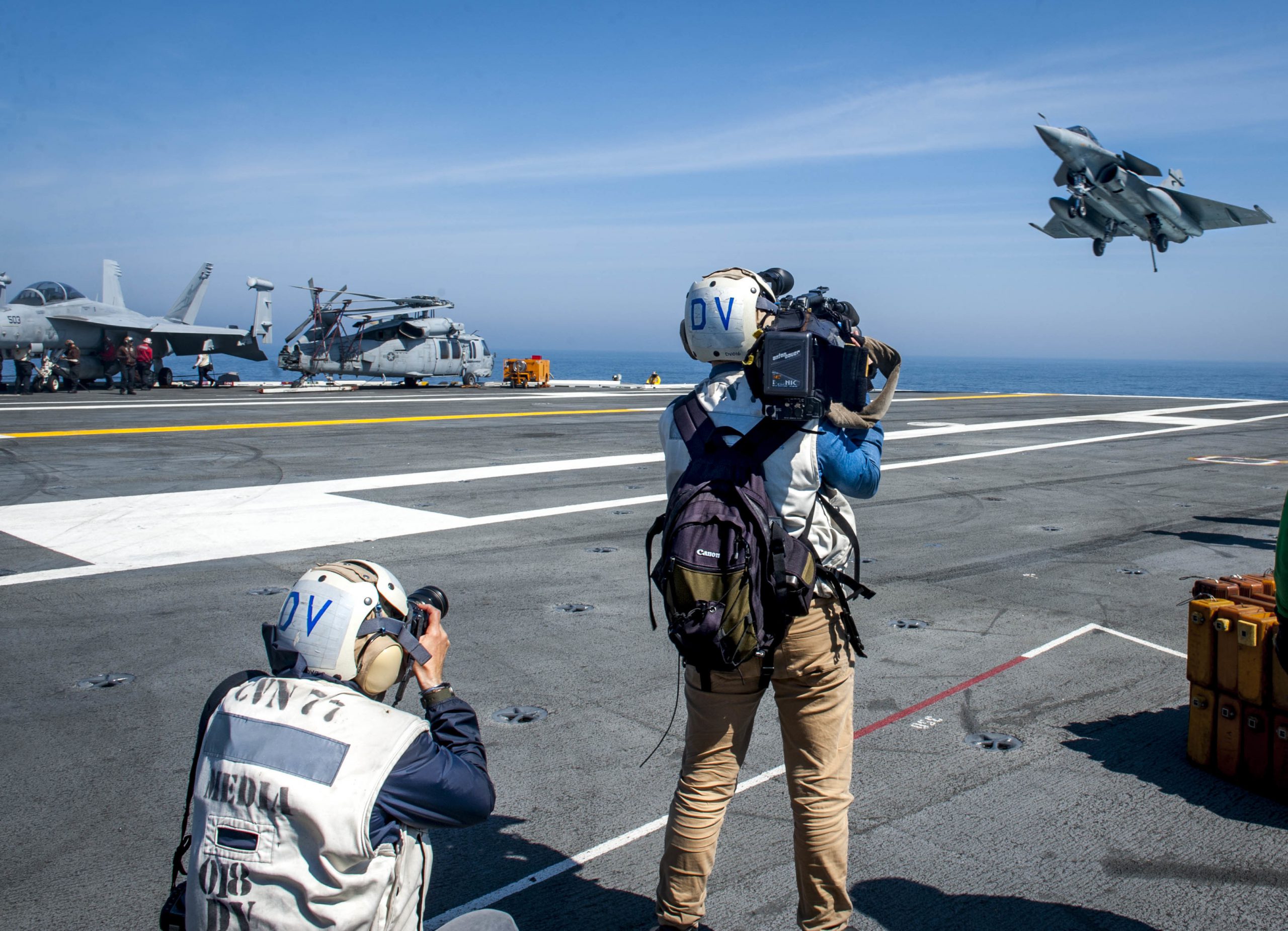 “We’re busy; we’ve got a flight deck full of aircraft,” Bailey said. “A key piece of this exercise is not only to get [French aviators] carrier qualified. Once they’re fully qualified, that allows us to move into some more operational training, integrate them with our CAG-8 aircraft, and they can practice some higher-end training and missions beyond the basics of taking off and landing.”

The USS Bush strike group is underway in the Atlantic Ocean conducting carrier air wing exercises with the French navy to strengthen partnerships and deepen interoperability between the two nations' naval forces.