The isolation and liberation of the Syrian city of Raqqa from the Islamic State of Iraq and the Levant are key in efforts to ultimately defeat the terrorists, Pentagon Press Secretary Peter Cook said today. "The removal of the ISIL cancer is the next step…"

The isolation and liberation of the Syrian city of Raqqa from the Islamic State of Iraq and the Levant are key in efforts to ultimately defeat the terrorists, Pentagon Press Secretary Peter Cook said today. 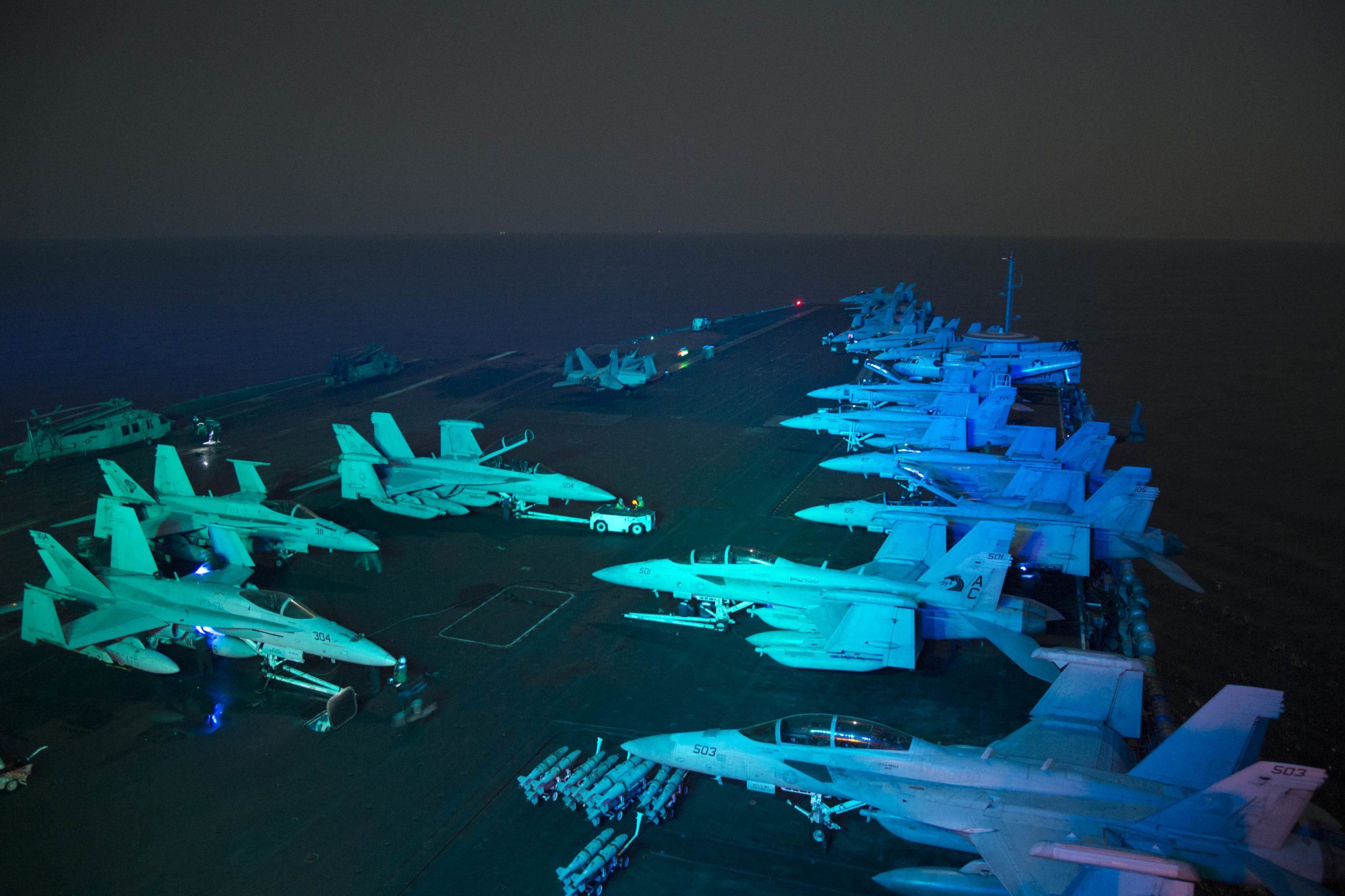 Sailors prepare for flight operations on the flight deck of the USS Dwight D. Eisenhower

"The removal of the ISIL cancer from the so-called capital of their so-called caliphate is the next step in our military campaign plan," Cook said at a Pentagon media briefing.

The Syrian Democratic Forces announced yesterday that they had begun their advance to isolate Raqqa.

The operation is an important step in ensuring ISIL cannot use the city to terrorize the Syrian people and use it as a base to plan attacks against the United States, its allies and partners, Cook said. "We do not underestimate the hard work ahead for the local forces that will carry out the fight for Raqqa,” he added, “but we are confident that with the help of the coalition, they will be successful."

The effort to isolate Raqqa is happening as Iraqi security forces and Kurdish peshmerga fighters are gaining ground as they advance toward Mosul, to isolate and then liberate the northern Iraqi city from ISIL.

In a statement today, the Combined Joint Task Force Inherent Resolve commander, Army Lt. Gen. Stephen J. Townsend, said the operation in Syria not only will eventually liberate Raqqa, but also will cut off the terrorists from ISIL in Mosul.

"Throughout each phase of the campaign to liberate Raqqa, the coalition will continually consult with allies and partners as we plan for the city’s ultimate seizure and governance once ISIL is defeated," Townsend said. "We are confident that this next phase will continue the momentum that the coalition and our partners have achieved, and that together we will deliver ISIL a lasting defeat."

"As in Mosul, the fight will not be easy and there is hard work ahead, but it is necessary to end the fiction of ISIL's caliphate and disrupt the group's ability to carry out terror attacks against the United States, our allies and our partners," Carter said.

Cook said ISIL is under increasing pressure in Iraq and that it is harder for the terrorists to move as Iraqi security forces and Kurdish peshmerga fighters gain territory on multiple axes in the battle for Mosul. The offensive began Oct. 17.

The coalition continues to support Iraqi partners with airstrikes targeting areas such as ISIL staging areas, headquarters and mortar positions, Cook said. He pointed out Apache helicopters have been used with "significant effect" in Iraq to support the Mosul operation.

"In consultations between our commanders and the Iraqis, we anticipate that this nimble and precise capability will continue to enable Iraqi progress in what we expect will be tough fighting to come," he said.

The thoughts of Carter and the entire Defense Department are with the families of three soldiers who were killed Nov. 4 in Jafr, Jordan, Cook said.

"We were reminded once again on Friday that our support for partners and allies does not come without cost," Cook said.

"I want to convey condolences from Secretary Carter and all of the Pentagon to the loved ones and teammates of the three soldiers killed in Jordan," Cook said. "The families of Staff Sergeant Matthew Lewellen, Staff Sergeant Kevin McEnroe [and] Staff Sergeant James Moriarty are in our thoughts today."

The soldiers died when their convoy came under fire entering a Jordanian military base, according to a Defense Department statement.

The incident is under investigation. The soldiers were assigned to the 5th Special Forces Group (Airborne), Fort Campbell, Kentucky.