Arabian Gulf ─ (NNS) ─ The open ocean is a vast and sometimes unpredictable area in which the world’s navies operate. Maritime forces must often rely on helping hands from allies to complete missions. 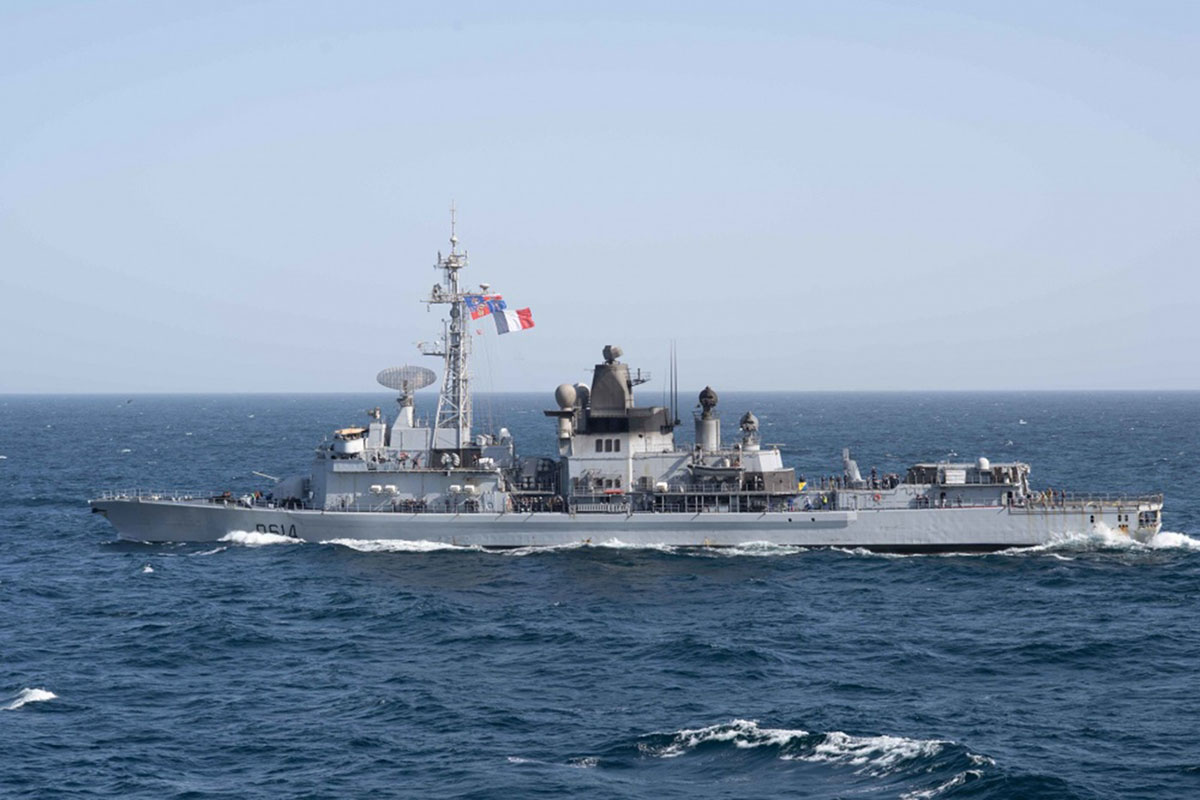 The John C. Stennis Carrier Strike Group serves as Task Force (TF) 50 while operating in U.S. 5th Fleet, and Cassard was fully integrated into the command and control structure during the interoperability training. 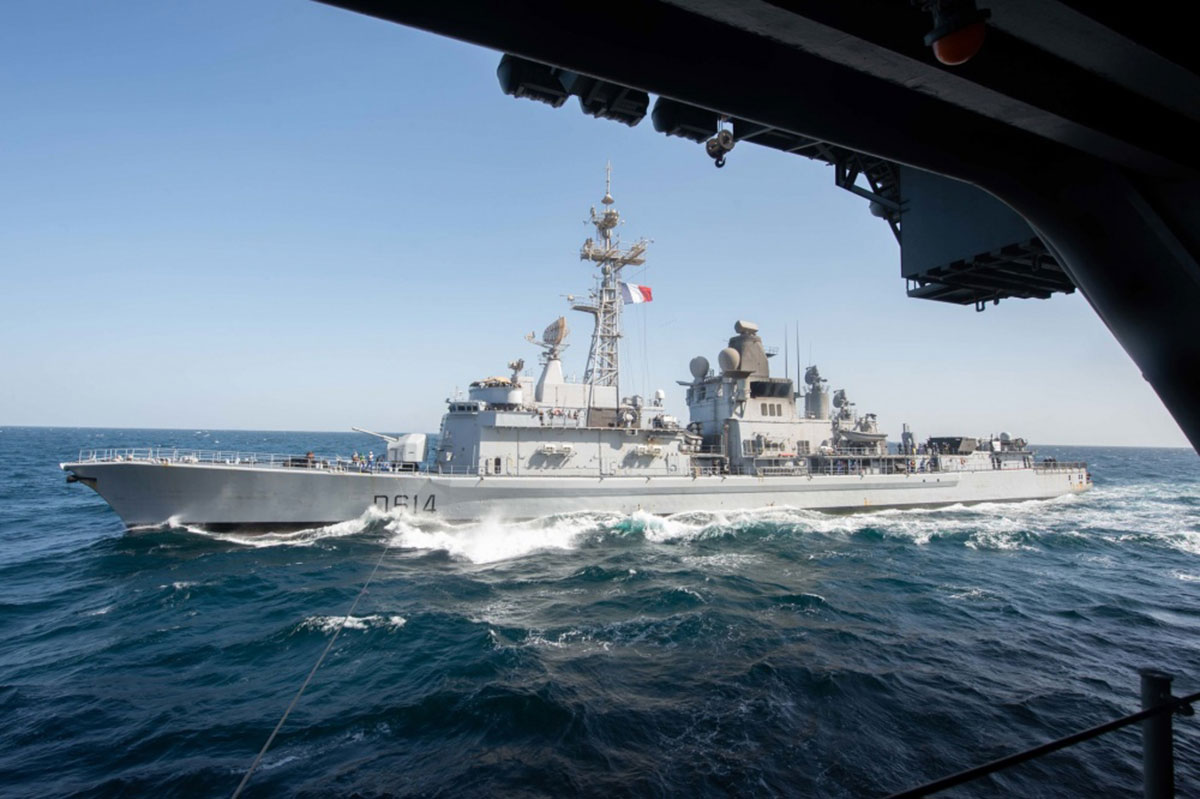 Cross deck training, where Sailors from the John C. Stennis and the Cassard were flown to each other’s ships, took place over the course of the interaction.

“More than 20 personnel across all rates and ranks went from ship-to-ship to see and learn how their allied counterparts operated,” said Chapman.

The U.S. Navy operating with its allies is not a new concept.

“Think back to both of the Desert Storm operations,” said U.S. Navy Capt. Murzban Morris, commodore of Destroyer Squadron (DESRON) 21. “It’s never been a U.S.-only event. We can use this opportunity to do an exercise in an area of the world where we might have to operate again. We use joint exercises [like Intrepid Sentinel] to show that we can operate together at a moment’s notice, whether or not it is in a time of crisis.”

“Our strong partnership is an essential asset for the maritime security in the Indian Ocean,” said French Maritime Nationale Capt. Mackara Ouk, commanding officer of the Cassard. 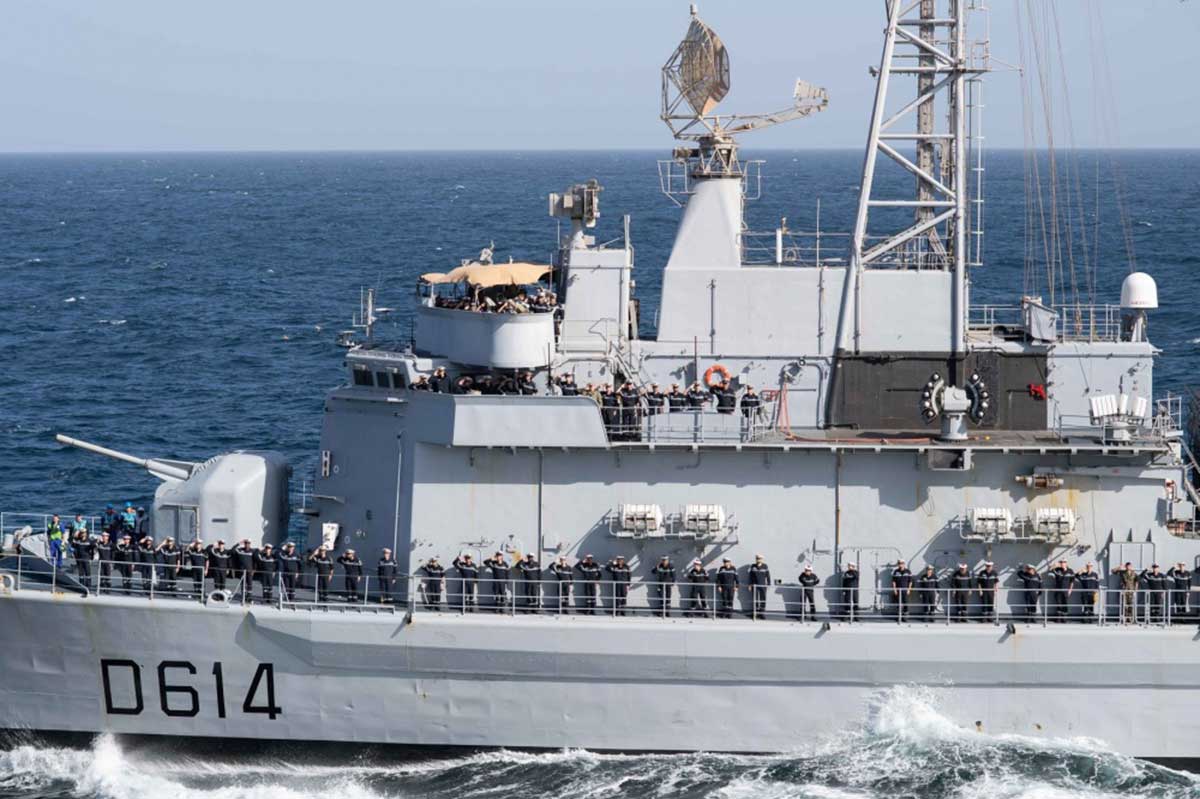 Partnerships sometimes include letting allies control some aspects of our strike group in support of the mission at hand.

The Cassard controlled more than nine defensive counter-air events and acted as the officer-in-charge of the exercise of the Intrepid Sentinel Air Defense Exercise (ADEX). ADEX involved elements from the Royal Australian Navy and Electronic Attack Squadron (VAQ) 135, an expeditionary squadron that flies the E/A-18G Growler.

Being able to safely conduct maritime exercises with coalition forces is a testament to the power of allied nations. By conducting joint exercises, the coalition can strengthen existing capabilities of deterring potential adversaries, assuring regional partners in our commitment to maritime security, and operating wherever international law allows.

The John C. Stennis Strike Group is deployed to the U.S. 5th Fleet area of operations in support of naval operations to ensure maritime stability and security in the Central Region, connecting the Mediterranean and the Pacific through the western Indian Ocean and three strategic choke points.

U.S. 5th Fleet area of operations encompasses about 2.5 million square miles of water area and includes the Arabian Gulf, Gulf of Oman, Red Sea, and parts of the Indian Ocean. The expanse is comprised of 20 countries and includes three critical choke points at the Strait of Hormuz, the Suez Canal, and the Strait of Bab al-Mandeb at the southern tip of Yemen.