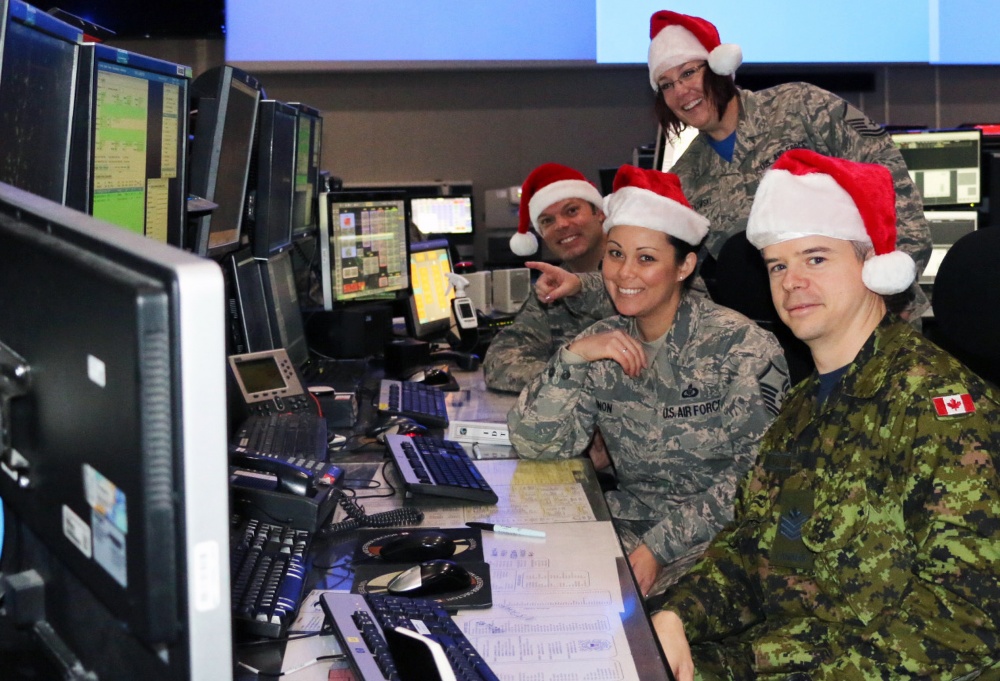 “NORAD has supported Santa Claus’ Christmas Eve operations for 62 years, and we are always delighted to help,” said Air Force Col. Emil Filkorn, EADS commander. “I can assure everyone that EADS will do everything in its power to assist Santa with his critical mission.”

EADS’ Battle Control Center will monitor Santa constantly as he travels across the eastern U.S. delivering toys and gifts. These activities are in support of the NORAD Tracks Santa Operations Center at Peterson Air Force Base, Colorado, which leads the Santa monitoring effort.

NORAD starts its Santa tracking operation at 2:01 a.m. EST on Dec. 24. At 6 a.m. EST, children and parents can call the NORAD operations floor at 1-877-Hi-NORAD (1-877-446-6723) or send an e-mail to noradtrackssanta@outlook.com for live updates. Any time on Dec. 24, Amazon Alexa users can ask for Santa’s location through the NORAD Tracks Santa skill for Amazon Alexa and OnStar subscribers can press the OnStar button in their vehicles to locate Santa. Bing and Cortana users can also find Santa's location on Dec. 24.

Media interested in covering NORAD tracks Santa can send e-mail requests to NTSmedia@outlook.com. Broadcasters interested in b-roll, video or audio downloads, or historical footage can visit the Digital Video and Imagery Distribution System at http://www.dvidshub.net/feature/NORADTracksSanta. The NORAD public affairs office also is available to assist and can be reached at 719-554-6889.

It all started in 1955 when a local media advertisement directed children to call Santa direct — only the number was misprinted. Instead of reaching Santa, the phone rang through to the crew commander on duty at the Continental Air Defense Command Operations Center. Thus began the tradition, which NORAD carried on since it was created in 1958.