“From countering violent extremism to countering weapons of mass destruction from rogue regimes and near-peer adversaries, special operations forces continue to provide the geographic combatant commanders options to protect our nation, our allies and our interests worldwide,” Howell said. “However, as the National Defense Strategy outlines, the global security environment is rapidly changing,” he added.

Correspondingly, Socom is transforming at an ever increasing pace, Howell noted.

“Comprising just 2 percent of the defense budget and 3 percent of the manpower, special operations forces play a critical role in addressing the nation’s priorities, security challenges and provide an extraordinary return on investment,” he said.

“As the United States Special Operations Command’s air component, we continuously strive to hone capabilities and evolve our force to remain ready, relevant and resilient,” Webb told the panel. He also expressed gratitude for the resources projected in the fiscal year 2019 budget, which he said will fully fund existing requirements and help the service “turn a strategic corner as we engage in great powers competition.”

For 17 years, AFSOC has been laser-focused on counterterrorism operations, he noted, adding it has accelerated the operations tempo and “drawn reference toward the low end” of the conflict spectrum. “We realize these efforts are predominately long-term engagements, in which cumulative tactical effects lead to long term strategic impact,” he said, “[and] to make such engagements successful, [we] must lower the resource and opportunity costs of conducting persistent counterterrorism operations.”

Conversely, AFSOC operations on the high end predominantly deliver strategic impact in a short amount of time, he said, adding the command must be capable and flexible to confront competitors across a range of potential conflicts and area.

“We must develop a force that is more lethal and resilient in contested environments,” Webb said. “This brings me to [the command’s] first priority, readiness: AFSOC must build full-spectrum readiness while ensuring that we are postured the fight tonight.”

Air Force special operations forces remain postured to deter, compete and win against strategic competitors, Webb said. “Our second priority, relevance, [is] to meet the challenges enumerated in the National Defense Strategy, [and] AFSOC must cultivate a balanced force for high-end and low-end conflict by investing in new capabilities while leveraging current capabilities in innovative ways,” he told the Senate panel. That strategy aims to balance and expand the command’s relevance across the spectrum of conflict to deter, and if necessary, defeat America’s adversaries, he said. 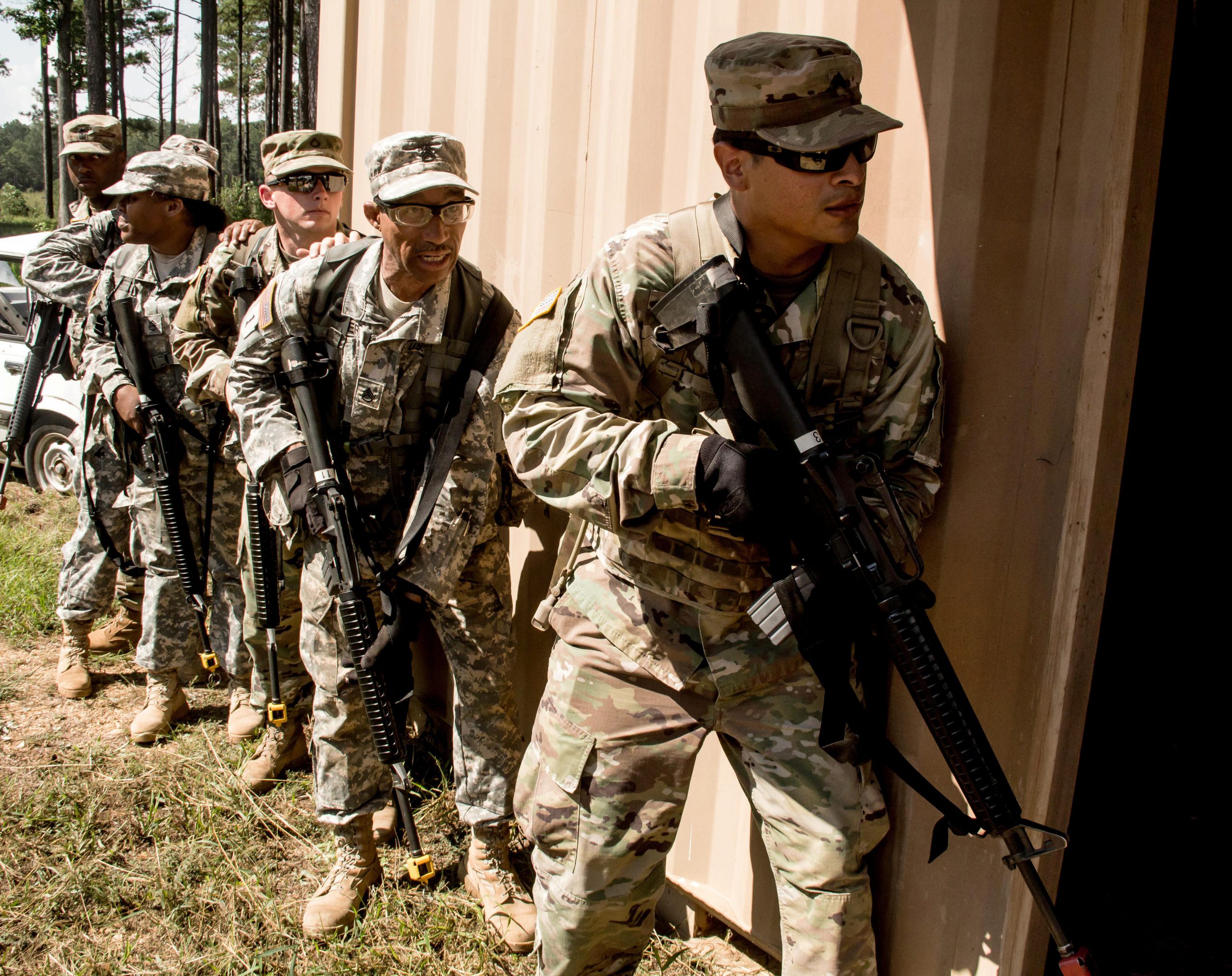 The third priority is resilience. “What defines AFSOC is not technology or platforms,” the Air Force commander said. “Rather, we are defined by our people — active duty, Guard, reserves and civilians alike — and their relentless application of our ethos and strategic values.”AFSOC embraces the process of innovation from within its formation, striving toward a balance of incremental and transformational efforts that are cost-effective and extend strategic purpose, Webb emphasized.

Tovo addressed the existing and emerging range of threats the nation faces, telling the senators that from macro levels, the nation’s threats can be put into two categories.

“First, violent extremist organizations that threaten the homeland and other strategic interests, and second, those peer-and-near adversaries who seek to undermine our global influence and overturn the current international order that preserves our prosperity,” he explained.

“The counter-VEO fight has monopolized our global efforts for over 16 years; however, it is clear that competing nations such as Russia, China, North Korea and Iran will continue to challenge the current international security order to see greater regional — and in some cases, global — influence,” Tovo said.

“First, we are in the midst of a multiyear effort to restore balance to the force with the aim of improving the health of the force, and providing additional time to train against a broader set of tasks that must be mastered to address peer adversaries,” he said.

“Second, we have made significant investments in the intellectual space to ensure that we understand the implications of changes in the security environment, and that we find ways to maintain an enduring competitive advantage over our nation’s adversaries,” Tovo noted.

“Third, the command published strategic guidance using [required to move ASOC from the force of today to the force that the nation will need in the future,” he said.

Szymanski told the senators that the first special operations forces truth — that humans are more important than hardware — remains their guiding principle.

“We have the best weapons and technology, but our primary weapon systems are now, and always have been, our operators,” he said. “We select and train to sustain men and women of character who are mature, highly skilled, culturally attuned and entrusted to execute our nation’s most sensitive missions. It’s precisely because of what we ask our people to do, operation after operation, that we never lose focus on their long-term health.”

Following nearly 17 years of operations in Iraq and Afghanistan, the admiral said, the United States is focused on strengthening Naval Special Warfare Command capabilities as the maritime component to special operations. “We are making progress modernizing our maritime mobility platforms that can operate effectively in contested environments,” he added.

While the Marine Corps’ special operations tempo is high, it is manageable, Mundy told the panel. “We continue to benefit from [the Marine Corps Forces Special Operations Command’s] Preservation of Force and Families Program as a critical tool to maintain the health of our force.”

People, not technology or any other particular capability, represent the Marine Corps’ special operations force’s most precious resource, he said, and that is something the Corps must preserve and cultivate as its forces look to the future.

Mundy said his four priorities reflect commitment to the command’s people and to the requirement to develop for the future; to provide an integrated full-spectrum special operations force, to better integrate the special operations capabilities with the Marine Corps’ air-ground teams, to develop the command’s future force, and to preserve the force and their families

The commanders of each service’s special operations forces testify at a hearing of the Senate Armed Services Committee’s emerging threats and capabilities subcommittee on U.S. Special Operations Command’s efforts to transform the force for future security challenges, April 11, 2018.