The DARPA has transferred to the Air Force ownership of a revolutionary space surveillance telescope, and the agency is working on other real-time technologies…

The Defense Advanced Research Projects Agency has transferred to the Air Force ownership of a revolutionary space surveillance telescope, and the agency is working on other real-time technologies to improve space situational awareness, DARPA’s deputy director said. 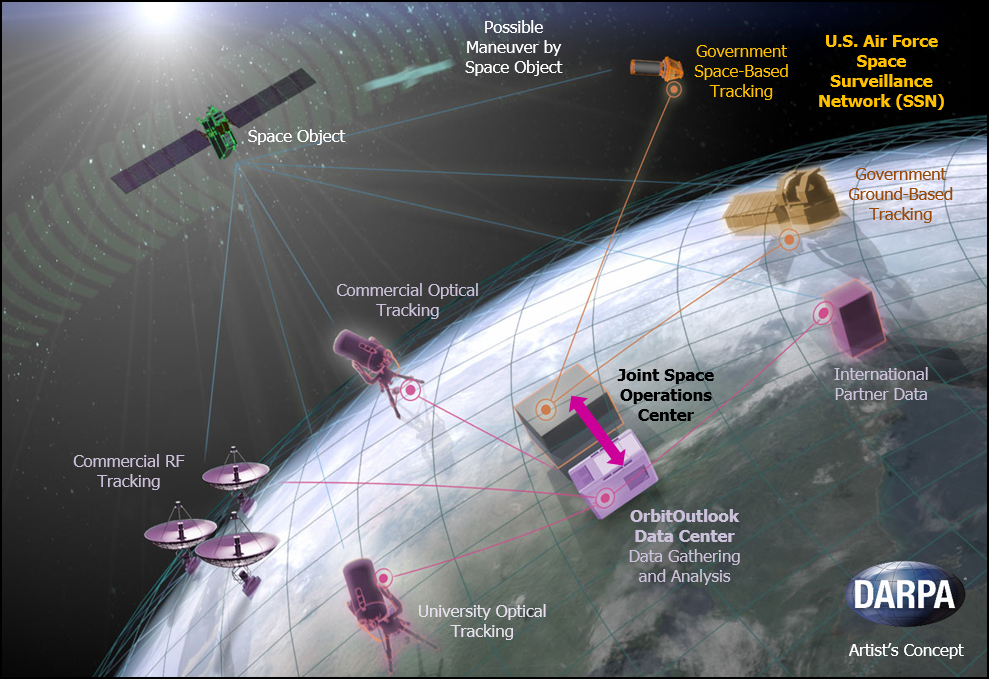 The Space Surveillance Telescope, developed by DARPA, was turned over to the Air Force Oct. 18 at a site atop North Oscura Peak on the northern part of the Army’s 3,200-square-mile White Sands Missile Range in New Mexico.

“SST is the latest example of DARPA’s commitment to a singular enduring mission — to make those early pivotal investments in breakthrough technologies for national security. That's what DARPA's all about,” Steven H. Walker said at the transition event.

One of DARPA’s original technology development efforts during the Cold War involved improving space situational awareness to protect the United States, he said, and DARPA and the Air Force have been crucial players the field ever since.

The volume of space between Earth’s surface out to geostationary equatorial orbit — a distance of about 22,000 miles — is equal to 240,000 times all the Earth’s oceans, Walker said, and the number of objects in that segment of space is growing all the time.

“Not just the satellites but debris of all kinds, natural and manmade, and keeping track of all that is becoming a real nightmare,” he added. “That's why the Department of Defense has made space situational awareness a top priority and why few areas of DARPA research are as important to the future of the U.S. and global security.”

The SST is part of a three-pronged DARPA space portfolio, Walker said. 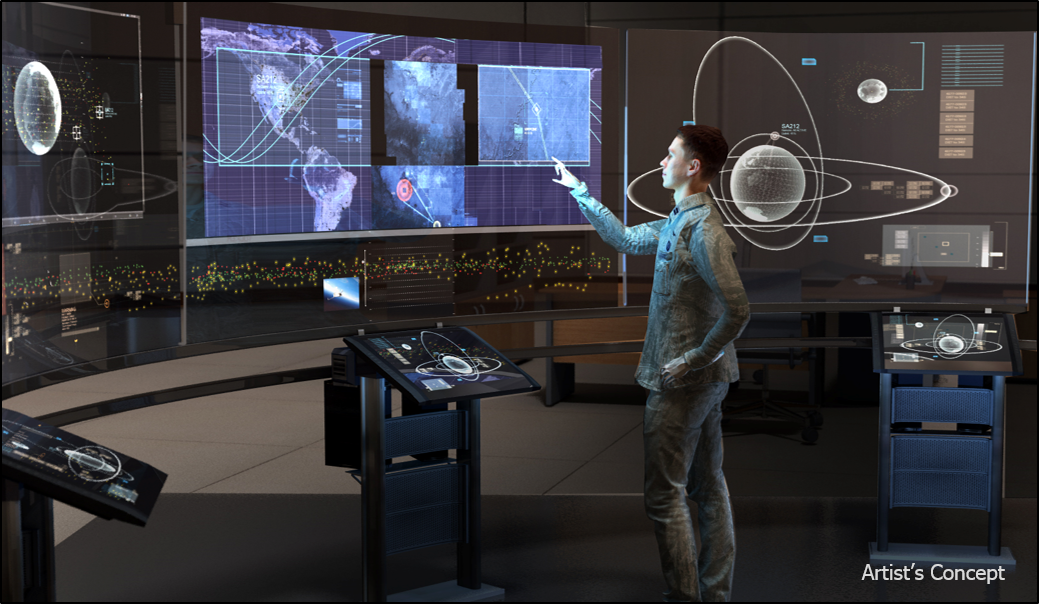 The agency is developing affordable, reliable access to space through its XS-1 Experimental Spaceplane program — creating a new paradigm for more routine, responsive and affordable space operations — and developing a new paradigm of on-orbit servicing through its Robotic Servicing of Geosynchronous Satellites program — a system to repair, relocate and upgrade satellites in geosynchronous orbit to extend their mission lifetimes, he said.

Also, Walker added, “DARPA is creating real-time space situational capabilities like SST but also OrbitOutlook and the Hallmark program, where we can actually see realtime what's happening in space and do something about it.”

More than 500,000 pieces of manmade space debris, including spent rocket stages, defunct satellites and fragments as small as flecks of paint, hurtle around the Earth at 17,000 miles per hour, DARPA says.

At those speeds, impacts involving even the smallest bits can damage satellites and generate chain reactions of collisions, increasing the amount of orbital junk and creating virtual minefields in space that could stay blocked for centuries, DARPA writes on its OrbitOutlook, or O2, web page.

O2 aims to improve the U.S. Space Surveillance Network, or SSN, a global network of 29 space surveillance radars and optical telescopes that observes and catalogs space objects, Air Force Lt. Col. Jeremy Raley writes in a post about O2 on the DARPA website.

But new space-tracking challenges and long acquisition timelines for new sensors is impairing the network’s ability to keep pace, adds Raley, a program manager in DARPA’s Tactical Technology Office, which is responsible for O2 and Hallmark.

Three elements make up the program — adding new telescopes and radar from different locations that offer diverse data types, a central database for the extended telescope and radar network, and a validation process to ensure the data is accurate.

Raley notes that O2 also will demonstrate the ability to rapidly include new instruments to alert for indications and warnings of space events, and engage civil, academic and commercial entities to bring more sensors online to track space debris from a range of geographic locations.

The first element of this effort is SpaceView, a program that gives technically minded amateur astronomers a chance to contribute to space situational awareness using their own optical telescopes. SpaceView extends the network in a low-cost, efficient way, the colonel writes.

If successful, Raley said in a DARPA press release, “OrbitOutlook could revolutionize how the U.S. military and the global space-debris-monitoring community collect and use space situational awareness data,” doubling or tripling useful data, and generating indications and warnings in hours rather than weeks with orders-of-magnitude improvements in accuracy and affordability.

DARPA says it intends to use OrbitOutlook’s products and technologies in the Hallmark program — an effort to provide breakthrough capabilities in U.S. space enterprise command and control.

Despite having to operate in a much more complex and chaotic environment, commanders with responsibility for space domain awareness often must rely on outdated tools and processes as they plan, assess and execute U.S. military operations in space, Raley writes in a DARPA post about Hallmark.

The program is working to provide a full spectrum of breakthrough real-time space-domain systems and capabilities to help address these technical and strategic challenges.

“The envisioned system would fuse information from diverse sources, allow potential actions to be simulated and effects determined in advance, and vastly reduce the overall time required to make and execute decisions and observe results,” Raley writes.

An advanced test bed featuring playback and simulation capabilities would facilitate research and development, experiments and exercises to evaluate new technologies for their impact on space command and control, Raley writes.

And the test bed would help speed the creation and assessment of a set of new and improved tools and technologies that could be spun off into near-term operational use for the Defense Department’s Joint Space Operations Center, known as JSpOC, and the Joint Interagency Combined Space Operations Center, known as JICSpOC, both part of U.S. Strategic Command.

JSpOC includes personnel from all four military services and three allied nations — the United Kingdom, Australia and Canada — and gives the commander of the Joint Functional Component Command for Space the ability to plan and execute command and control of worldwide space forces, according to Stratcom.

JICSpOC is a partnership among Stratcom, the National Reconnaissance Office, Air Force Space Command, the Air Force Research Laboratory, the intelligence community and commercial data providers to upgrade JSpOC mission systems and include more systems and capabilities from the partner organizations.