Exactly 70 years ago, 322 days of hard work, tenacity, and sometimes true heroism ended with a victory … not a conventional military victory but a political victory against a regime that was determined to starve and freeze the western part of this city into submission… it was therefore very much a victory for humanity itself. And today we gather to honour the men and women who made that victory…

Herr Buergemeister, Frau Bundesministerin, Ladies and Gentlemen, I am proud to be here at Berlin-Templehof to mark the anniversary of the end of the Berlin Blockade. 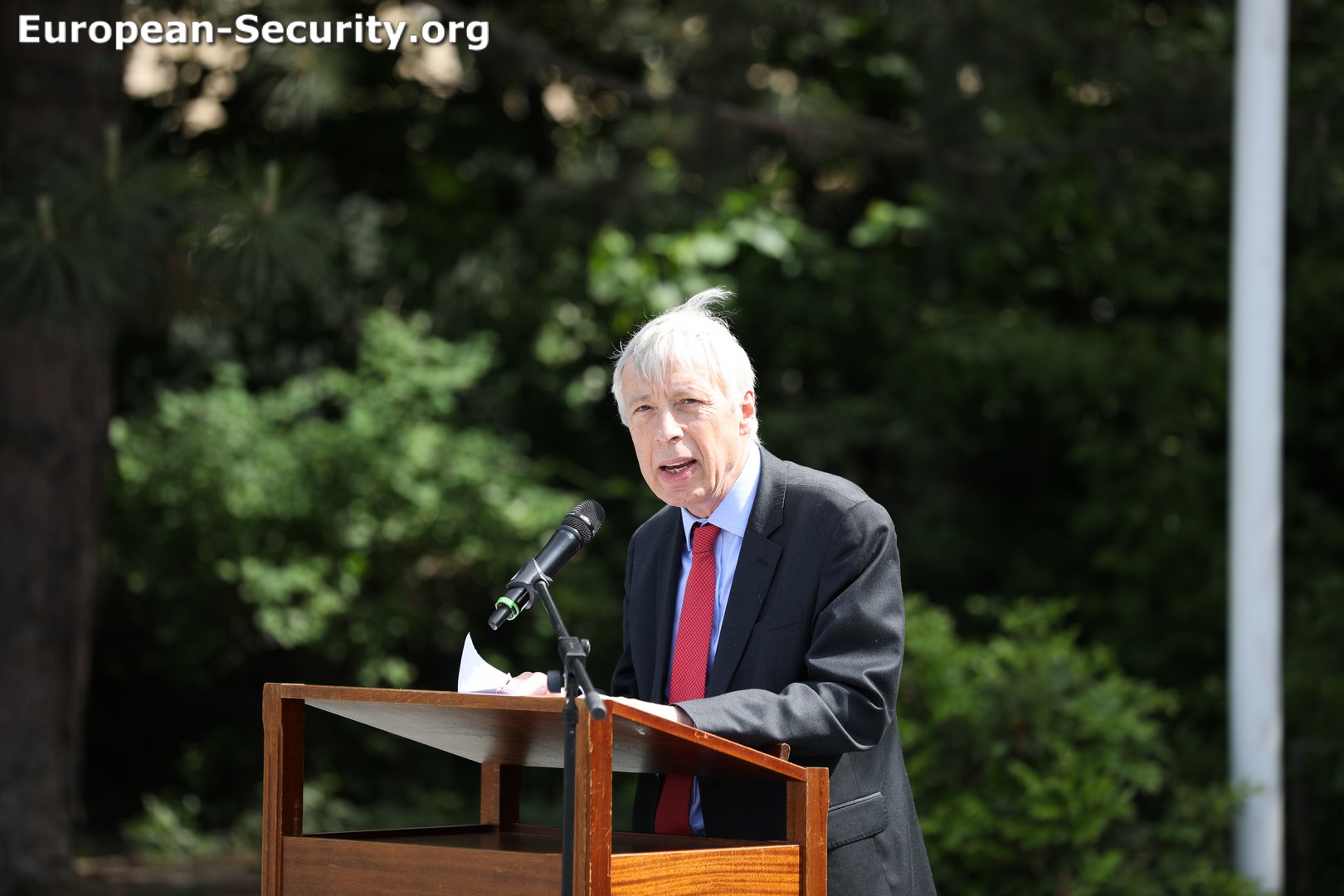 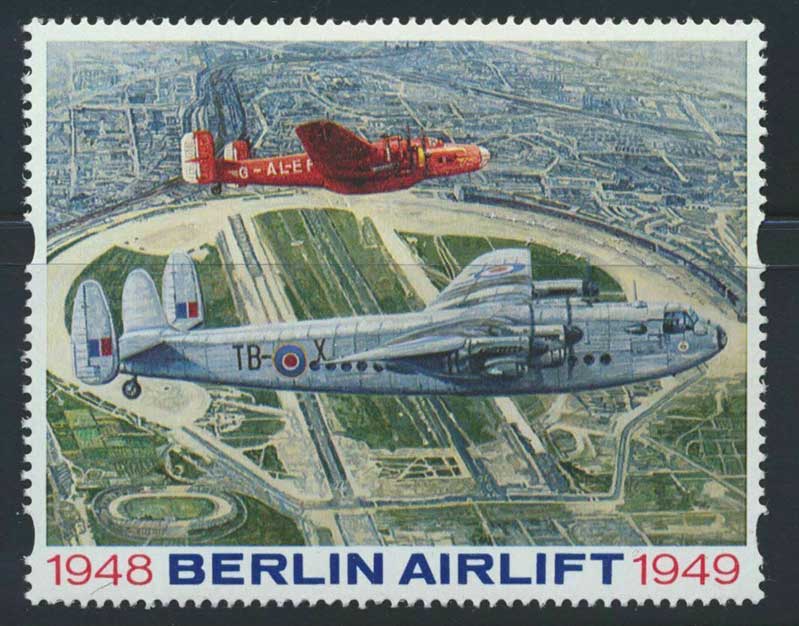 Exactly 70 years ago, 322 days of hard work, tenacity, and sometimes true heroism ended with a victory … not a conventional military victory but a political victory against a regime that was determined to starve and freeze the western part of this city into submission … it was therefore very much a victory for humanity itself. And today we gather to honour the men and women who made that victory possible. 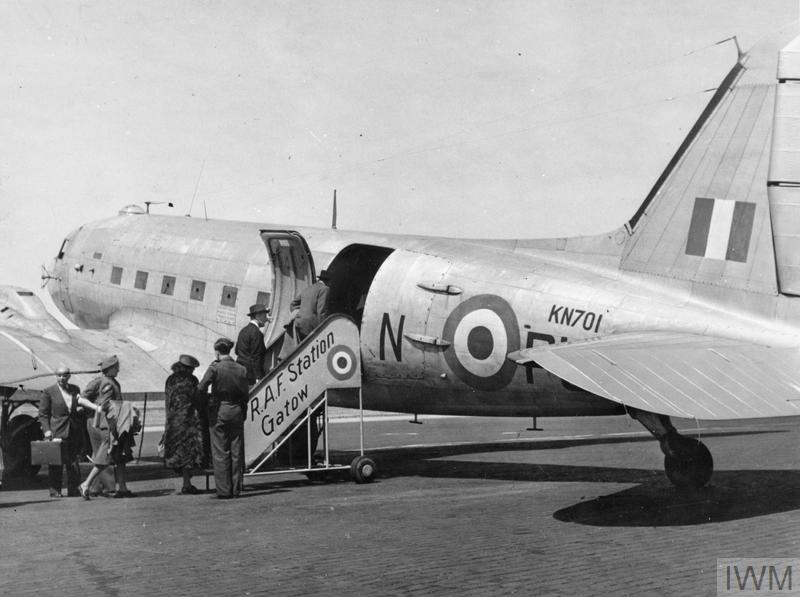 First, we give thanks for the aircrew and the ground staff who provided vital food and fuel to West Berlin and who flew out the sick for vital medical attention. 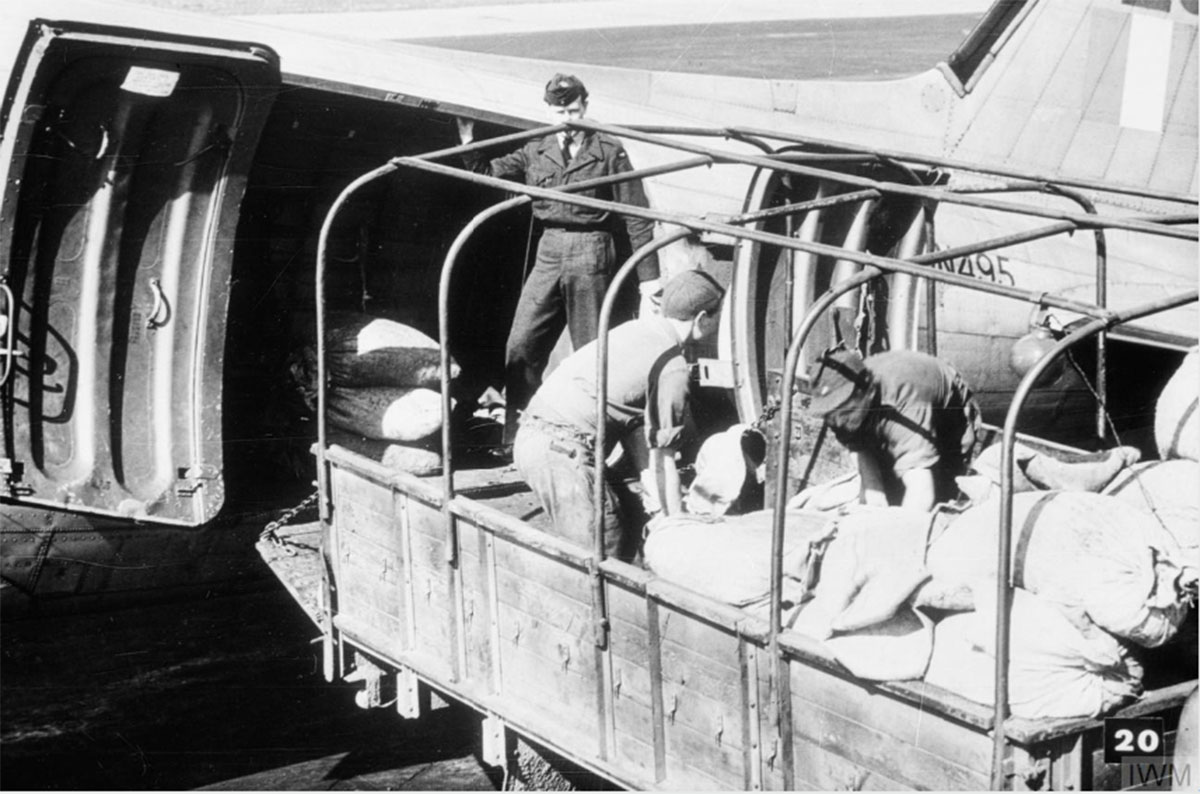 They came from many nations … from the RAF in their Dakotas and Lancasters … from the United States Air Force in the Douglas C-47 and C-54 aircraft we see before us here at Templehof … from the Royal Canadian, Australian and New Zealand Air Forces, and from France and from South Africa. 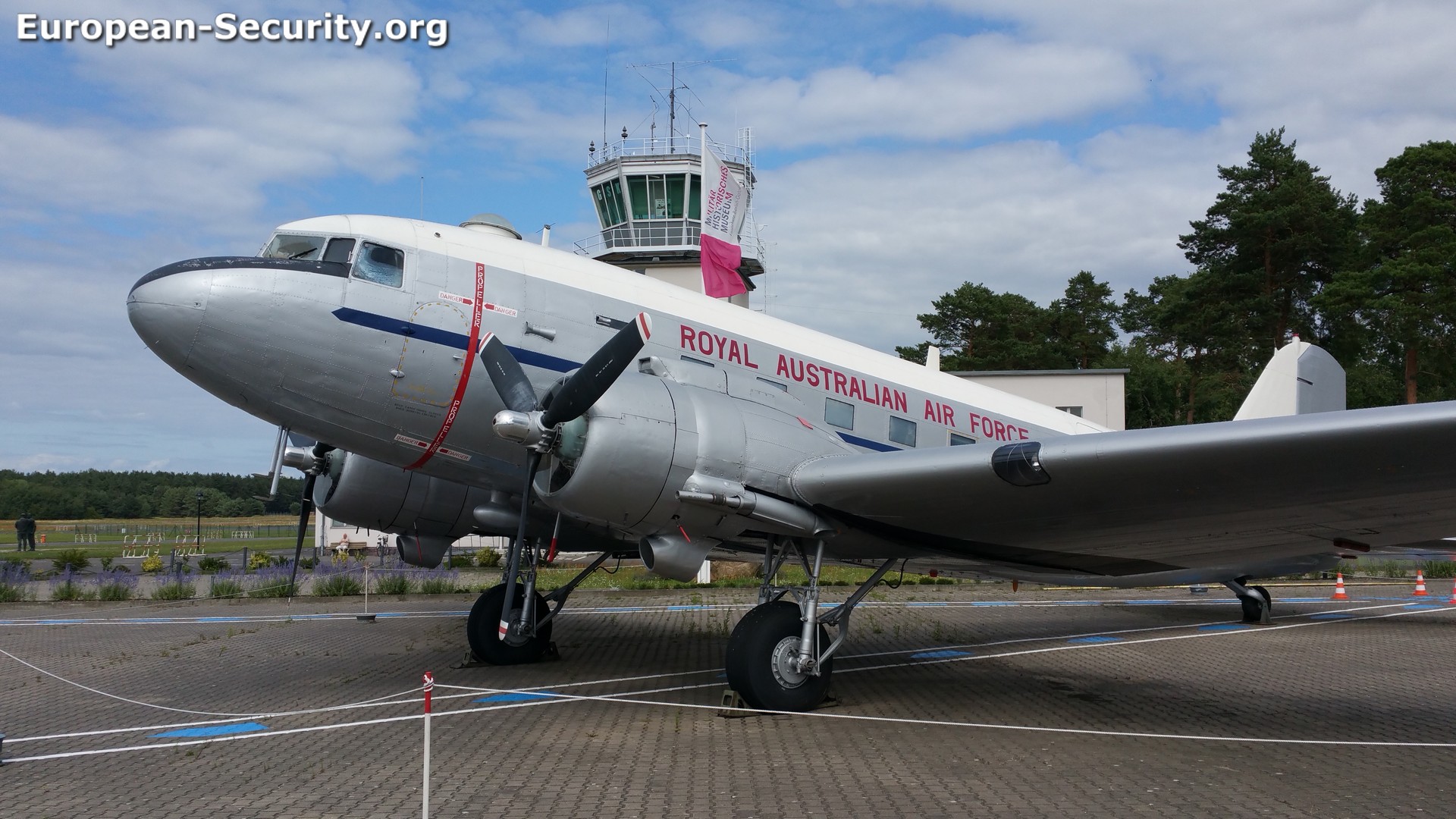 They lived through an, and defied, one of the longest-lasting fogs ever experienced in Berlin, as well as dealing with the ever-present threat of being “buzzed” by hostile fighters. And together they flew more than 200,000 sorties in a single year, along three thin air corridors above 160 kilometers of hostile territory.…bringing with them hundreds of thousands of tons of supplies. 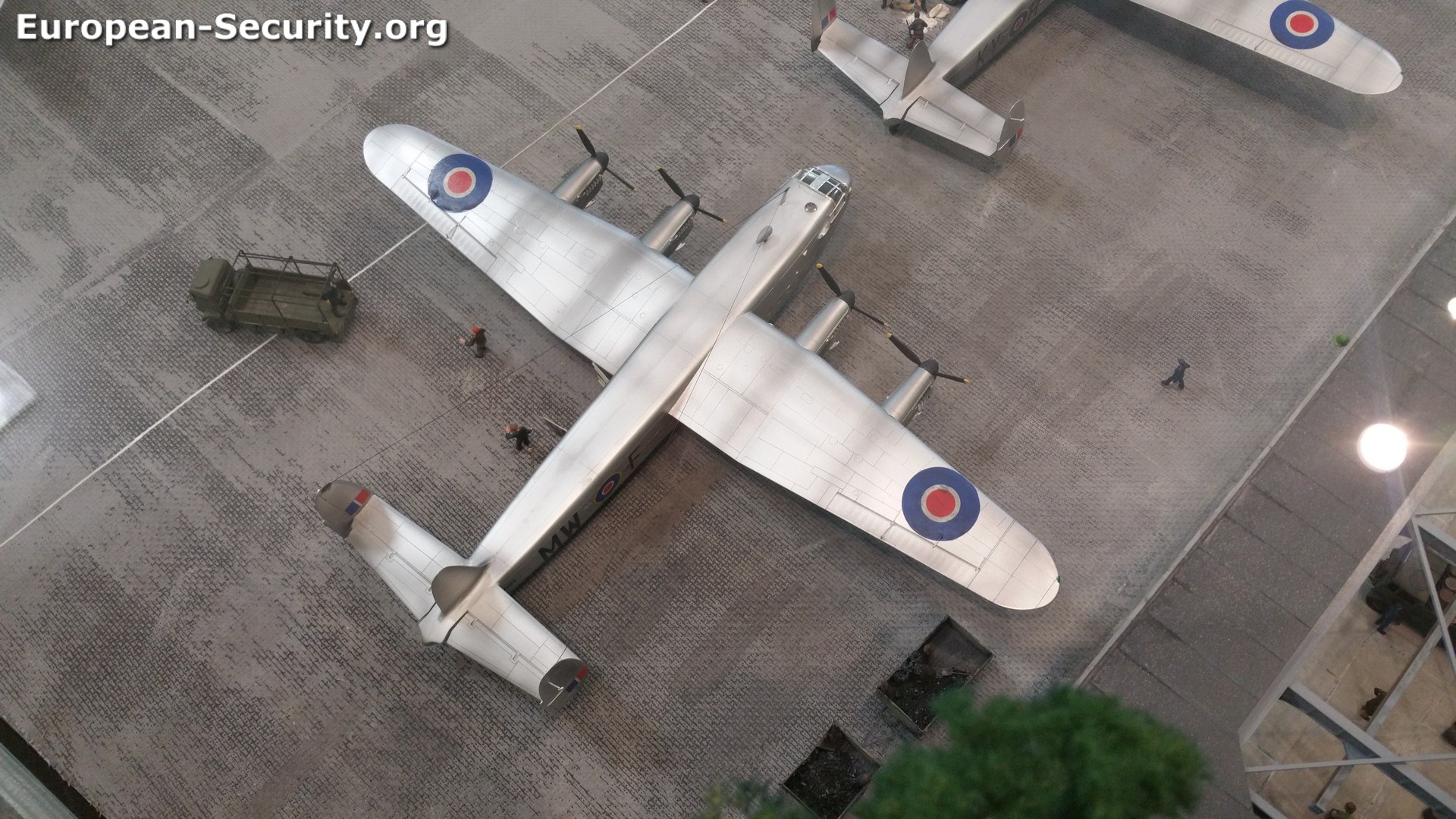 By April 1949 they were delivering more cargo than had previously been transported into the city by rail – an achievement which astonishes even today. 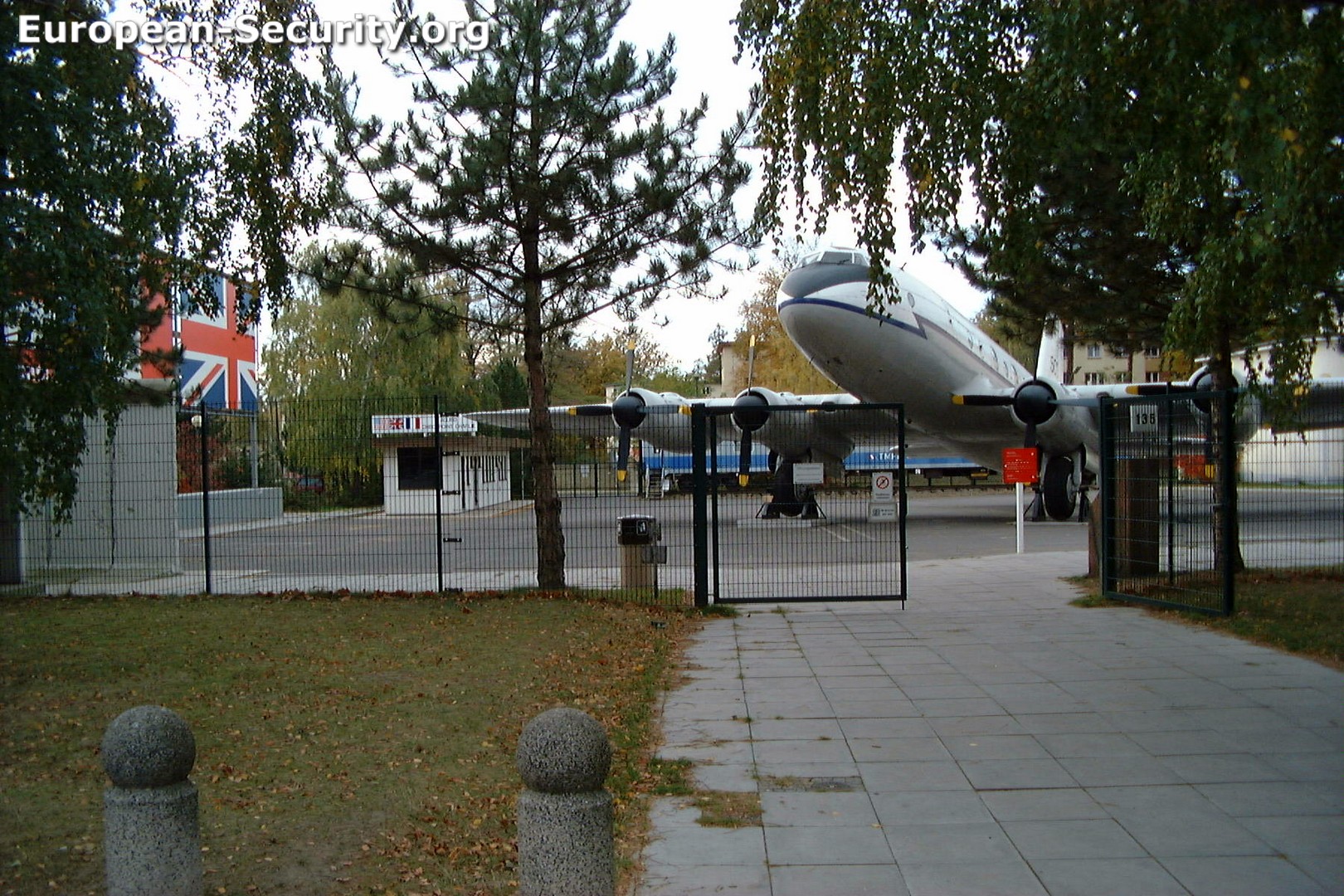 And let us also give thanks for the bravery of the people of West Berlin. Many worked tirelessly to unload and help repair the incoming ‘planes … but all endured cold, hunger and fatigue over those agonizing months of uncertainty. 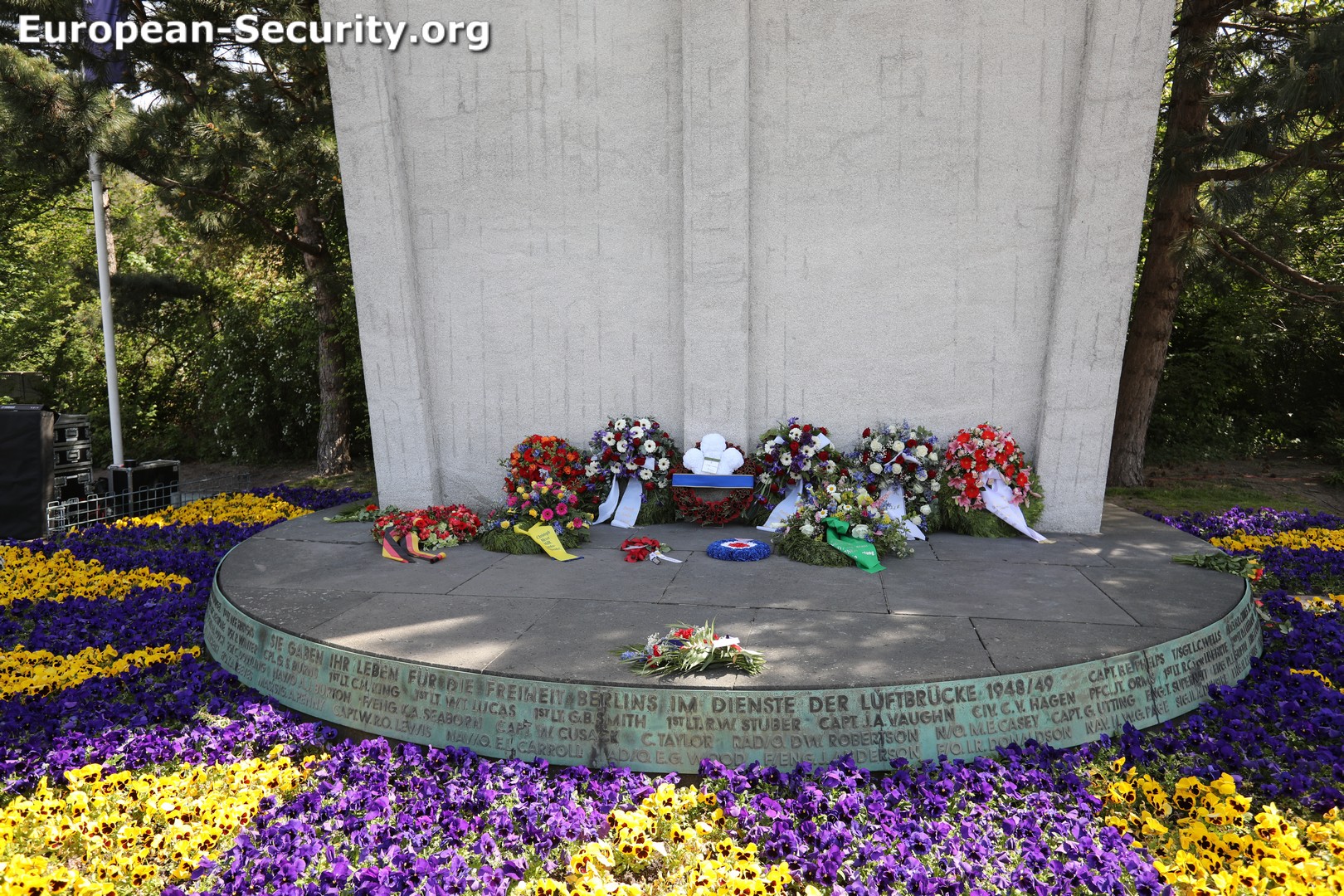 Third – and most of all, we pay tribute to those who lost their lives during the Airlift …  including the 39 British and 31 American airmen. Those brave souls, commemorated by this beautiful and touching memorial, will never be forgotten. 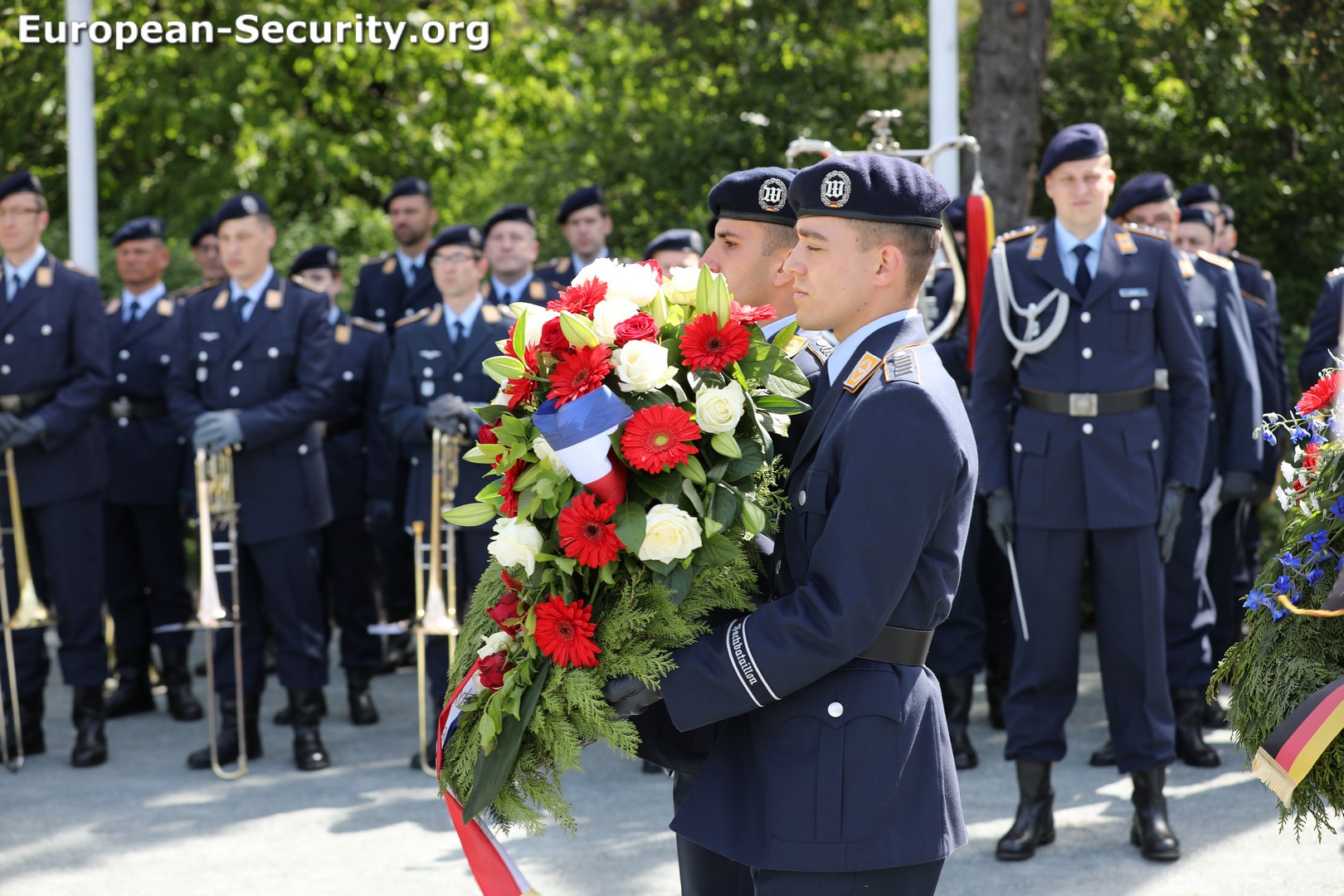 Last year, a venerable Airlift Dakota was a star attraction at the RAF’s 100-Year celebration in London’s Horse Guards Parade. 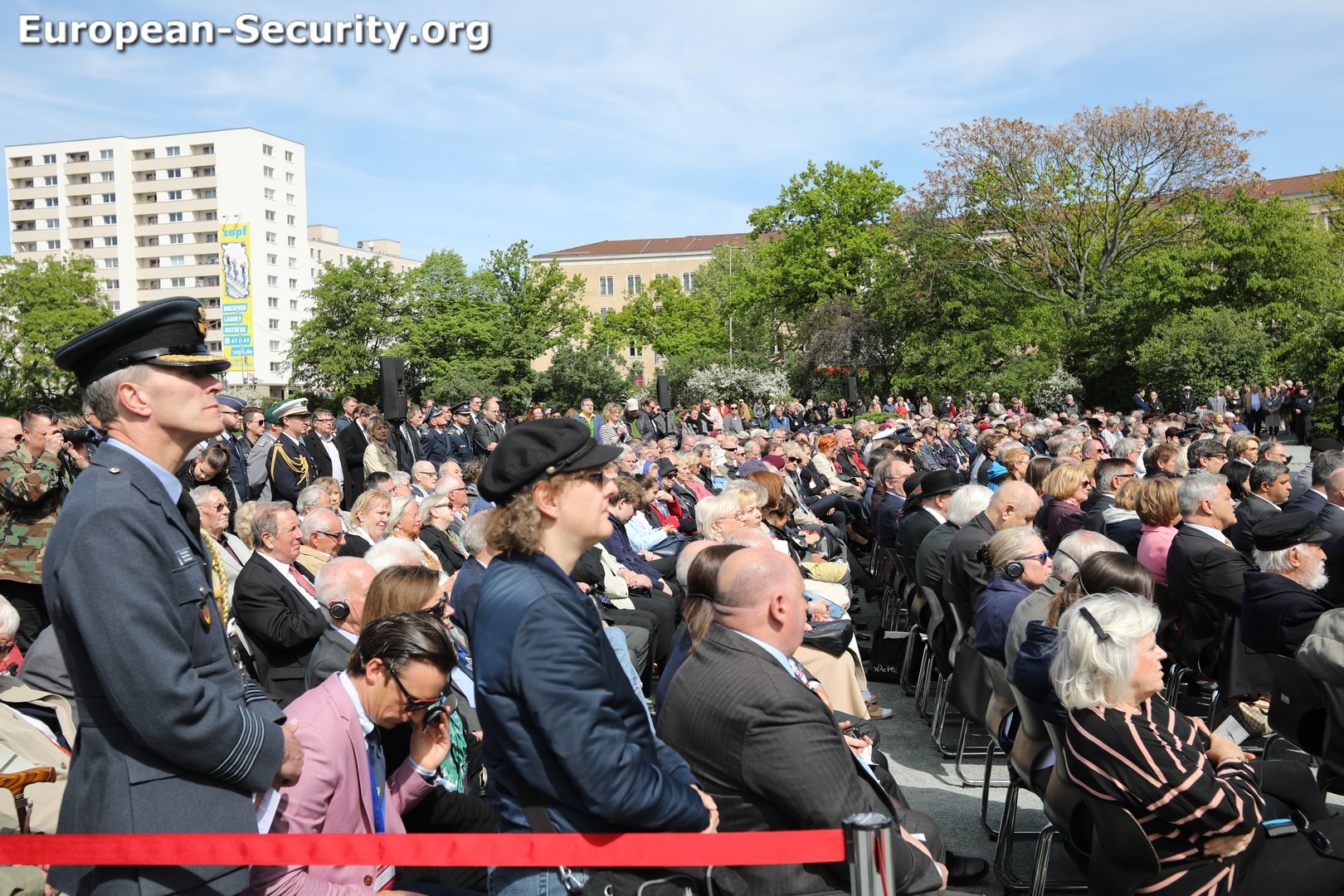 The admiration of the general public for the exploits of those heroic air and ground crew – and for the fortitude of the citizens of Berlin – remains undimmed, not just in Britain and Germany, but all over the world. 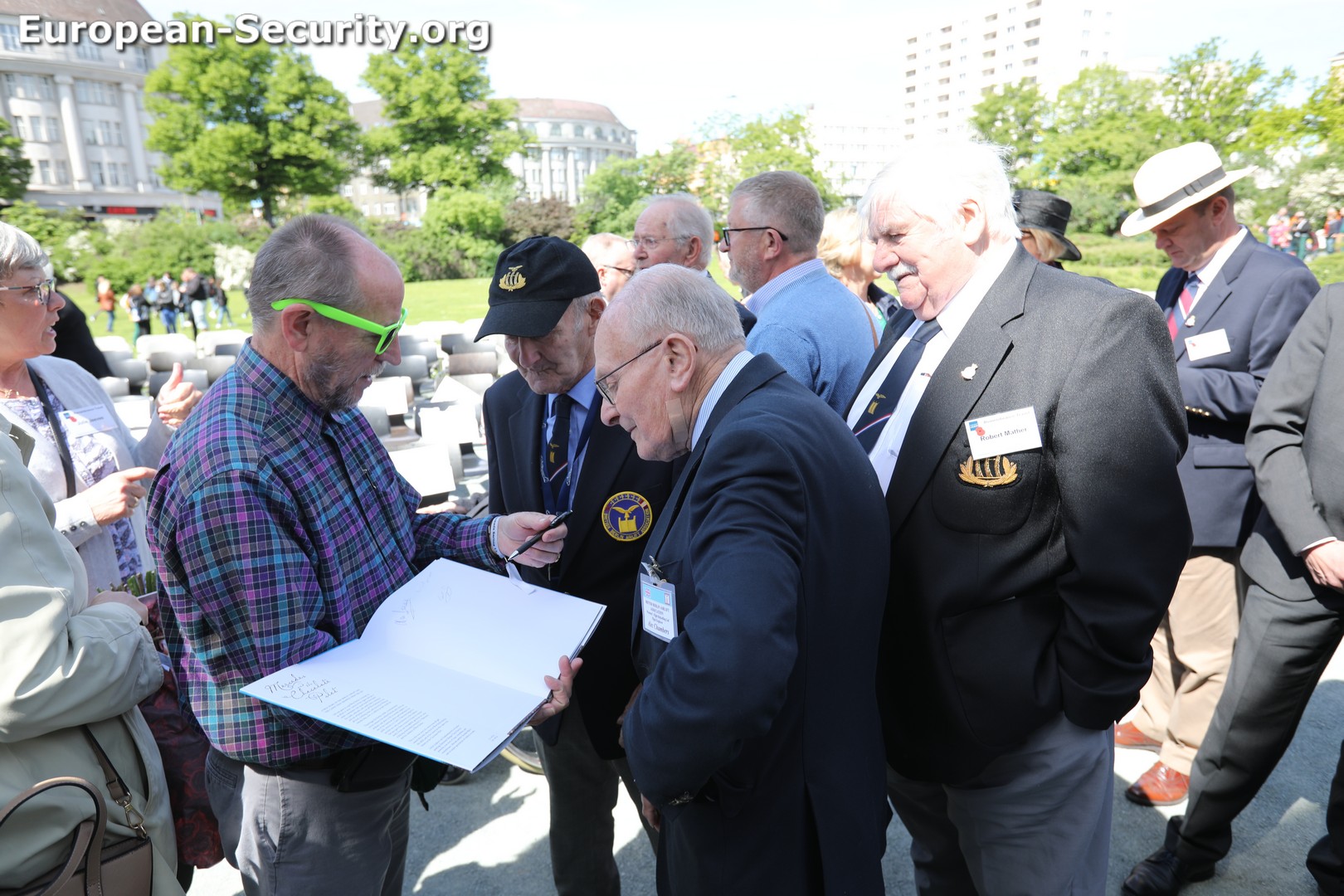 It is very humbling for me, that we have with us today no fewer than 7 RAF veterans who have come specially to honour this occasion. 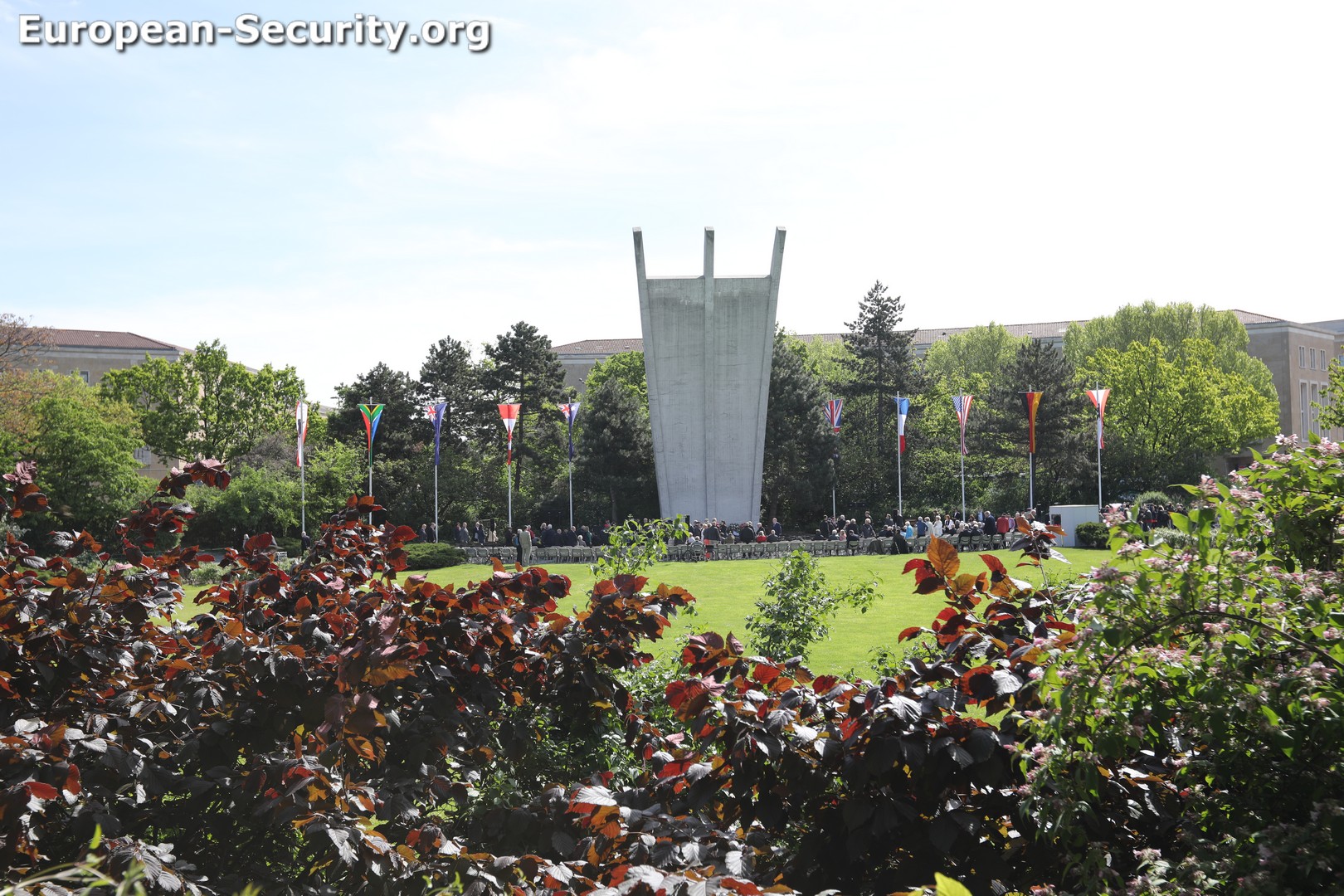 Let me finish with a quote from an unknown pilot of the Airlift. 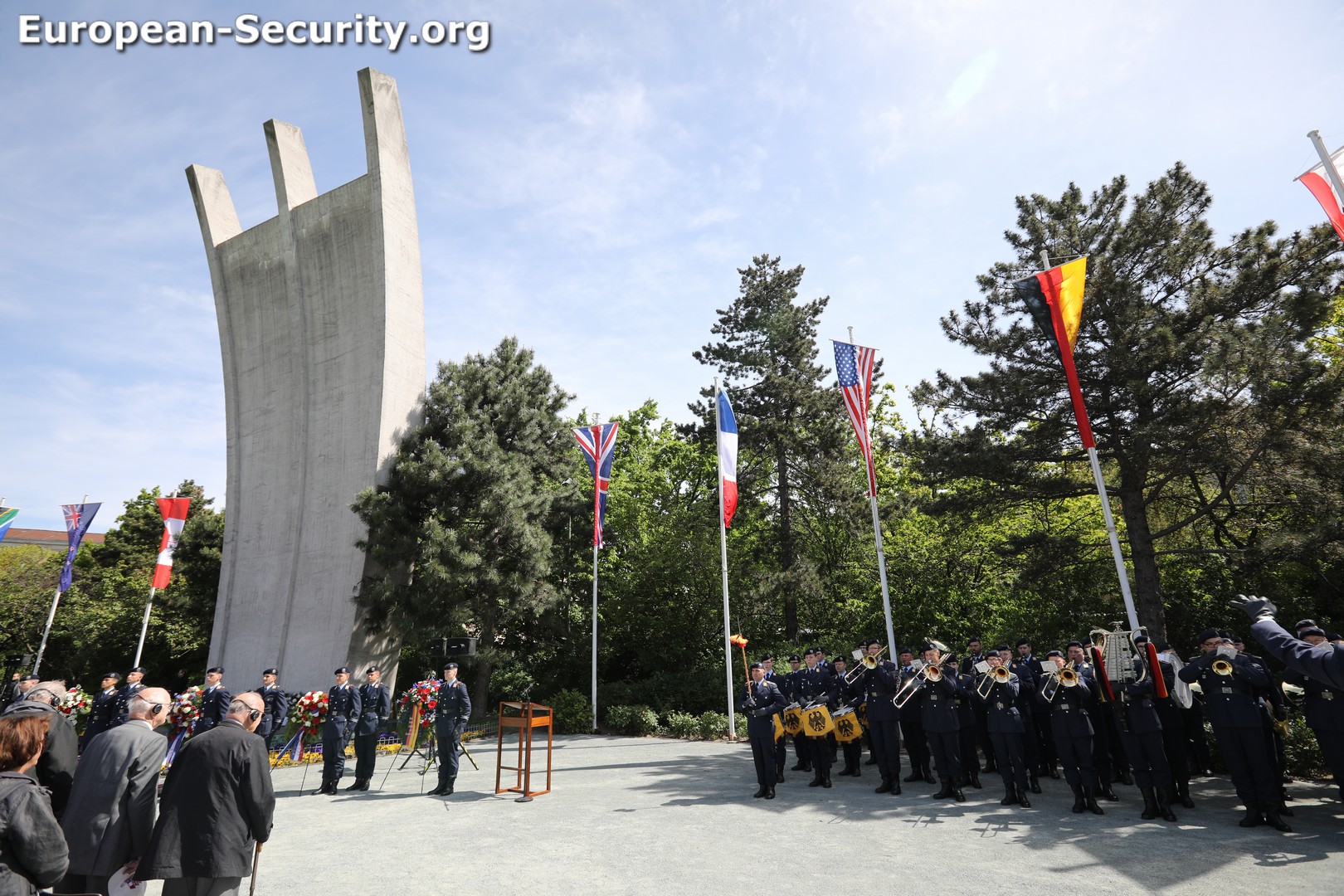 In the harshest of times, they flew the flag for freedom, showing what human courage and ingenuity can achieve whatever the odds. 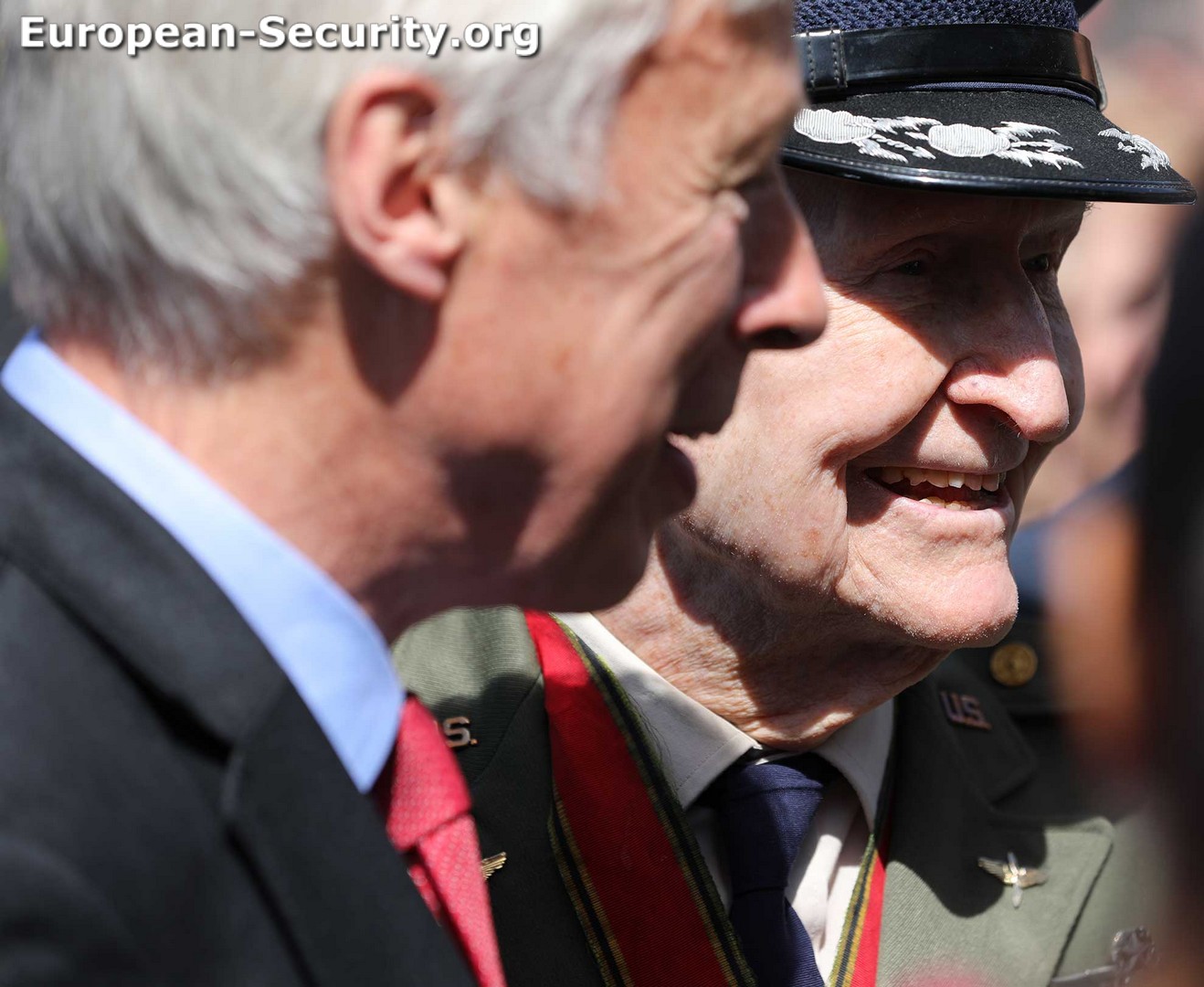 Herr Burgermeister, you mentioned the importance of keeping this memory alive. We can do this. Today, men and women from many nations still deliver vital sustenance from the air where it is most needed … and people devastated by war or civil strife or natural disaster still look to the skies for succour. 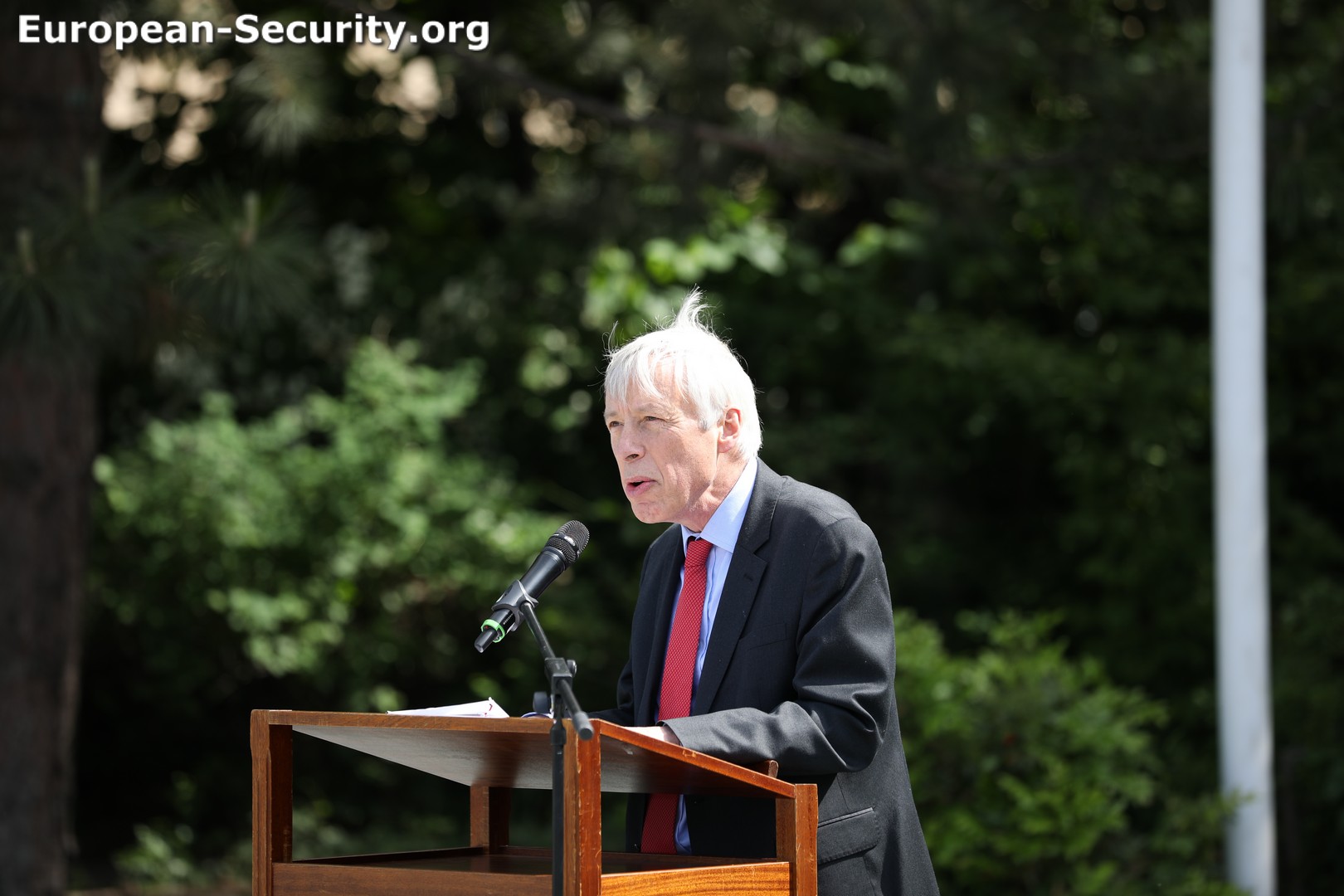 So that pilot’s words do not merely concern the triumph of 1949. They speak to us equally down the decades … directly to our humanity, and in the uncertain world we now live in, to our hopes for the future.

It was a Brit, Air Commodore Rex Waite, who was the first to come up with the idea of a joint US-British airlift soon after the blockade was announced. Waite's considerations served as the basis for the arrival of the first Amercain aircraft in West Berlin. Unlike the Americans, the British named the airlift "Operation Plainfare".

Appropriately, British families i, Berlin were asked to plant fruits and vegetables to make the Berliners see and feel that the British occupying power was going to stay in Berlin despite the military danger. It had ben calculated that West Berlin's population needed around 4,500 tons of food per day as supplies. To achive this goal, the Royal Air Force chartered private Britsih airlines in addition to their own aircraft which had to commit themselves to the airlift.

Unforgettable to this day are ther flying boats of the British armed forces, the so-called Sunderlands. landing on a stretch of up to 3 km on the Havel river, the flying boats brought mainly salt to West Berlin, which was urgently needed for private households (38t daily) as well as for industry. 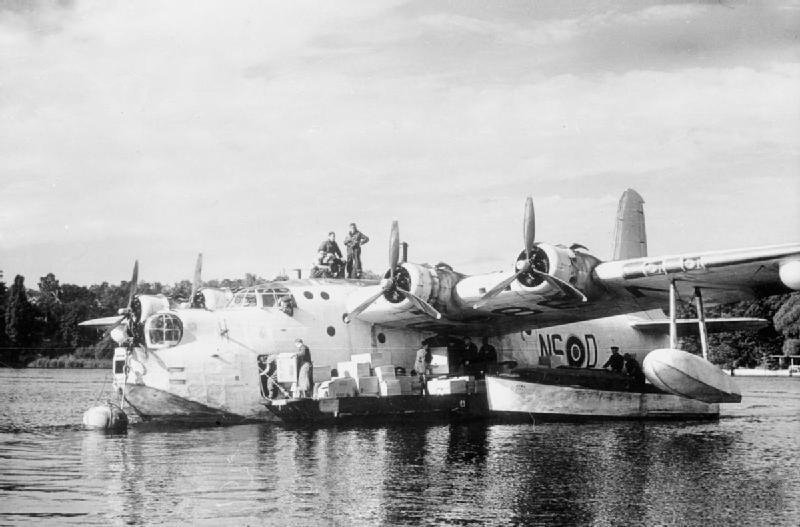 A Short Sunderland GR Mark 5 of No 201 Squadron, Royal Air Force, moored on the Havel in Berlin, Germany. The river Havel and lake Wannsee were used by Coastal Command Sunderlands from July until mid-December 1948, when the threat of winter ice suspended further use. The photograph shows members of the crew relaxing on the roof of their aircraft whilst their freight is unloaded. (Royal Air Force photo)

The British Berlin Airlift Association
Guard Report : Wenn das Wissen bröckelt (Mai 2014)
An effort of Biblical Proportions – The Berlin Airlift 1948-1949 (February 7, 2008) : This article from the Air Historical Branch of the Royal Air Force which was first published in Air Power Review RAF100 Special Edition Volume 21 Number 2, Summer 2018, details the operations performed by the RAF and USAF to overcome the first major strategic challenge posed to the West by the Soviet Union in the early stages of the Cold War.
A Pilot's Story : A record for any pilot of any nationality, civilian or military :404 Flights from Wunstorf to Gatow and return during the blockade by Flight Lieutenant Roy mather of the RAF.