The 74th Expeditionary Fighter Squadron is wrapping up a deployment here that saw heavy involvement in the fight against the Islamic State of Iraq and Syria.

The 74th Expeditionary Fighter Squadron is wrapping up a deployment here that saw heavy involvement in the fight against the Islamic State of Iraq and Syria.

The squadron’s efforts concentrated on Raqqa for about three months, during which the A-10 Thunderbolt IIs focused on urban close air support. The pilots had to protect friendly forces while maneuvering their aircraft between very large buildings used by ISIS as hideouts and fighting positions. 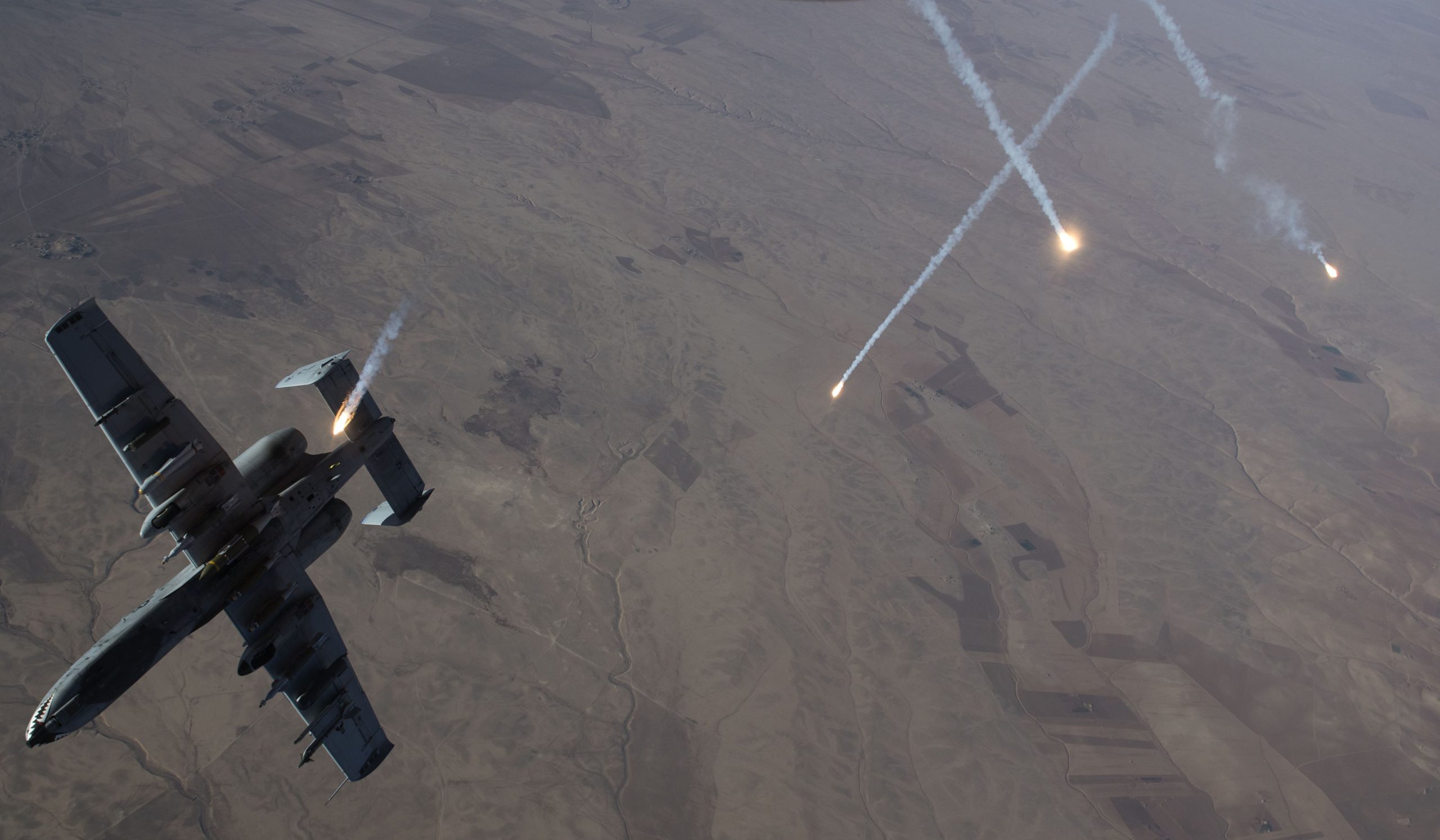 “It was a difficult location to work in and we faced some situations that we [had] not dealt with before we arrived here,” said Air Force Maj. Matthew Cichowski, the squadron’s assistant director of operations. “Our weapons and tactics planners have done an excellent job preparing us for the variety of tactics and locations that we use and operate in.”

Adapting the squadron to the new location and varied tactical situations fell to the squadron’s weapons tactics planners.

“When we showed up we got thrown into this fight essentially on day one,” said Lt. Col. Craig Morash, the 74th Expeditionary Fighter Squadron commander. “The fight itself was within the urban complex of Raqqa and the pilots had to get creative to figure out ways to strike targets at the bottom of these five-story buildings. There was a lot of learning as this wasn’t something we traditionally trained to when we arrived. We reached out to different communities to see what we could learn from them.

“Everyone jumped on board trying to figure out solutions to the problems we faced even though we had long days and a mountain of work to accomplish,” Morash said. “Our intel shop processed an unbelievable amount of expenditure reports to make sure [U.S. Air Forces Central Command] had an accurate picture for what we were doing. Our life support troops were generating equipment and doing it perfectly every single time.”

The squadron’s intelligence airmen also provided vital key information to pilots before their missions, enabling those pilots to adapt to threats and challenges on the fly.

“We’re trained on what the capabilities of the aircraft are, which allows us to give threat perspectives to pilots with what’s going on in the area of operations and how that affects the aircraft and pilots,” said Senior Airman Jake Owens, an intelligence analyst with the 74th Expeditionary Fighter Squadron. “We brief pilots on possible threats they may face while flying missions and we’re also tied into the intelligence reporting, where we report targets struck to higher headquarters. There’s a lot of battle tracking and predictive analysis.

According to the squadron’s weapons and tactics chief, Capt. Eric Calvey, one of the most difficult things in close air support is not physically dropping the bomb; it is ensuring the rest of the targeting process was done correctly. The pilots assigned to the squadron are trained to make sure that friendly positions are confirmed, any attack restrictions make sense and are adhered to, that they are flying above or are otherwise clear of any artillery that may be firing, all while avoiding any exposure to threats like anti-aircraft fire or other aircraft.

“Positive identification is extremely important and is something that takes a large team and a long amount of time to get right,” Calvey said. “Long before we show up there are individuals who use intelligence, surveillance and reconnaissance assets to get an idea of what targets to strike and make sure that what we drop on is in fact a hostile target. We’re the last link in the chain and there’s a large amount of work done ahead of time to prepare these targets for strike before we employ munitions on them. It’s amazing seeing the utmost care that is taken before we employ on these targets.”

Although the squadron’s deployment is ending, Morash said they are still keen on supporting ground forces, no matter where they are.

“Every single person in this squadron was and still is mission focused. They are looking at the bigger picture, seeing what solutions to problems could be and mitigating risk to ground forces every single day,” he said. “The way this team came together — operations and maintenance — to look after each other and to get things done made me proud to be an airman.”