The 9/11 attacks drove “fundamental change” in the way the U.S. government uses and shares intelligence, the director of the National Security Agency said during a panel discussion yesterday.

The 9/11 attacks drove “fundamental change” in the way the U.S. government uses and shares intelligence, the director of the National Security Agency said during a panel discussion yesterday.

Navy Adm. Michael S. Rogers, who also commands U.S. Cyber Command and is chief of the Central Security Service, said the government learned the lessons of 9/11 and has integrated the military, intelligence community and law enforcement in ways that well-developed allies have not. 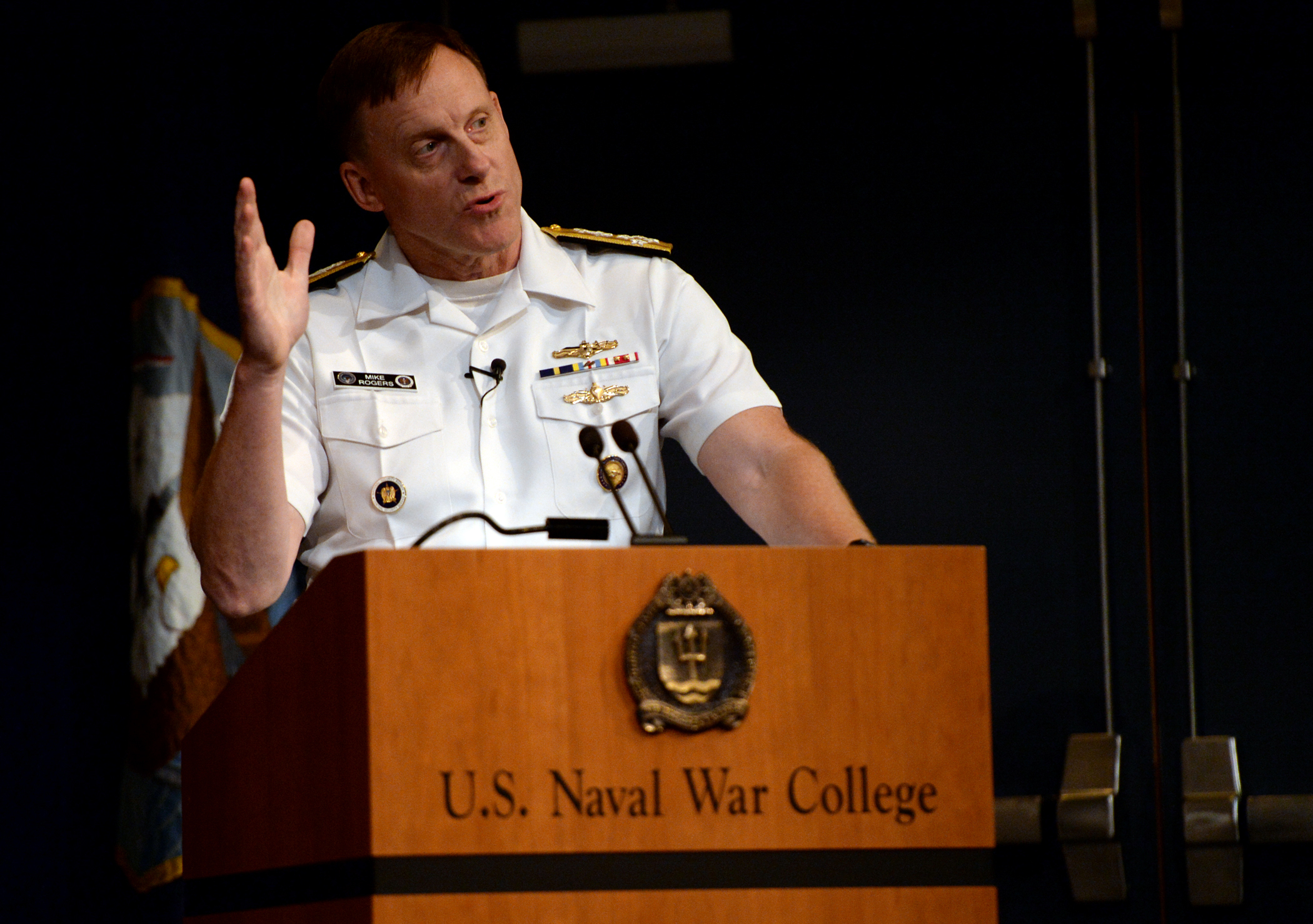 “Never underestimate the ability of a trauma — in the shape of 9-11 — to drive fundamental change in hierarchical organizations that are usually resistant to change,” Rogers told James Andrew Lewis, the director of the Center for Strategic and International Studies’ strategic technologies program. “We have to be honest with ourselves: It took the pain of 9/11 to drive fundamental change for us.”

In the 15 years since the 9/11 attacks, the government has broken down the walls between intelligence, law enforcement and counterintelligence, the admiral said.

“I feel much better about where we are, but I always remind teams that I’m responsible for leading. Don’t assume for one minute that it is perfect or we have perfect knowledge,” Rogers said. “That is a trap we do not want to fall into.”

The threats facing the U.S. have morphed and grown, the admiral said. Rogers used the Islamic State of Iraq and the Levant as an example.

“There is no one, single threat or methodology here — you are looking at an opponent that is using multiple methods, multiple techniques,” he said.

The threat from ISIL spans from directed operations from the terrorist group’s headquarters in Syria, to training and equipping terrorists to return to countries to launch attacks, to lone wolves who have no contact with the group but who find that ISIL’s philosophy resonates with them. The U.S. government must adapt as well, Rogers said, saying the intelligence community cannot rely on one methodology or discipline to combat ISIL.

Rogers said he’s concerned that technology is out-stripping policy, giving adversaries an advantage. The United States, he added, must have this discussion moving forward.

Agility and speed are keys to intelligence, Rogers said. He said he still sees misplaced managerial emphasis in certain areas, such as on control rather than on outcomes.

“[Outcomes] should be the driver,” the admiral said, noting he discusses this issue with his workforce

“Could we focus a whole lot less on control and [on] who ‘owns’ this? …  Because, we aren’t going to get the speed and agility if we can’t do this in a different way.”

The scale of the problem sets are increasing exponentially, the admiral said, and the National Security Agency — along with other intelligence agencies — must adapt. “How do you get to scale globally given the multi-tiered strategies these opponents are using against us?” he asked. “We have to do this on a global basis [and] we have to do this within the constructs of privacy and the rights of our citizens.”

Rogers saluted the efforts of his hardworking workforce.

“We talk about the intelligence community as if it’s some monolithic machine that works very independently and in a powerful way and everything is on autopilot,” he said. “In the end these are motivated men and women, trying to work hard to do what they believe is the right thing, in the right way.”

Rogers added, “You could get rid of all our technical capabilities and all other tools, but the greatest thing that we have going for us are the men and women who are really focused on generating in-depth knowledge and insight and applying it to generate outcomes.”

He emphasized that officials cannot forget the human dimension in intelligence work.

“The No. 1 thing I have had to deal with in the last three years was when we shut the government down the first time,” the admiral said. “The workforce looked at me, like, ‘I thought what we did was important and valued and necessary, and yet you are telling me I can’t come to work tomorrow?’”

NSA’s workforce was more than willing to continue doing their jobs during the shutdown, but federal law forbade them from doing so, Rogers said.

Some years later, there was the threat of another shutdown, the admiral recalled.

“It’s the biggest spike in personnel concern and anxiety I’ve experienced in the two-and-a-half years I’ve served as director,” he said.

NSA employees were worried that shutdowns could become the norm, Rogers said. And they have options elsewhere, he added.

“I’m going, ‘Please stay with us. Trust us. The nation believes in you and we need you,’” he said. “Every time we go through these machinations, though, there is just another seed of doubt [planted] in the minds of the workforce.”