Forward-deployed to support security and stability in the vast Indo-Asia-Pacific region, the U.S. 7th Fleet is involved in a wide array of activities in this critically important part of the world.

Forward-deployed to support security and stability in the vast Indo-Asia-Pacific region, the U.S. 7th Fleet is involved in a wide array of activities in this critically important part of the world, a Navy official said.

With the U.S. rebalance to the region, the 7th Fleet has a robust maritime posture that includes advanced assets — 50 to 70 ships and 140 aircraft — and some 20,000 sailors, said Navy Capt. Ron Oswald, theater security cooperation officer for the 7th Fleet. 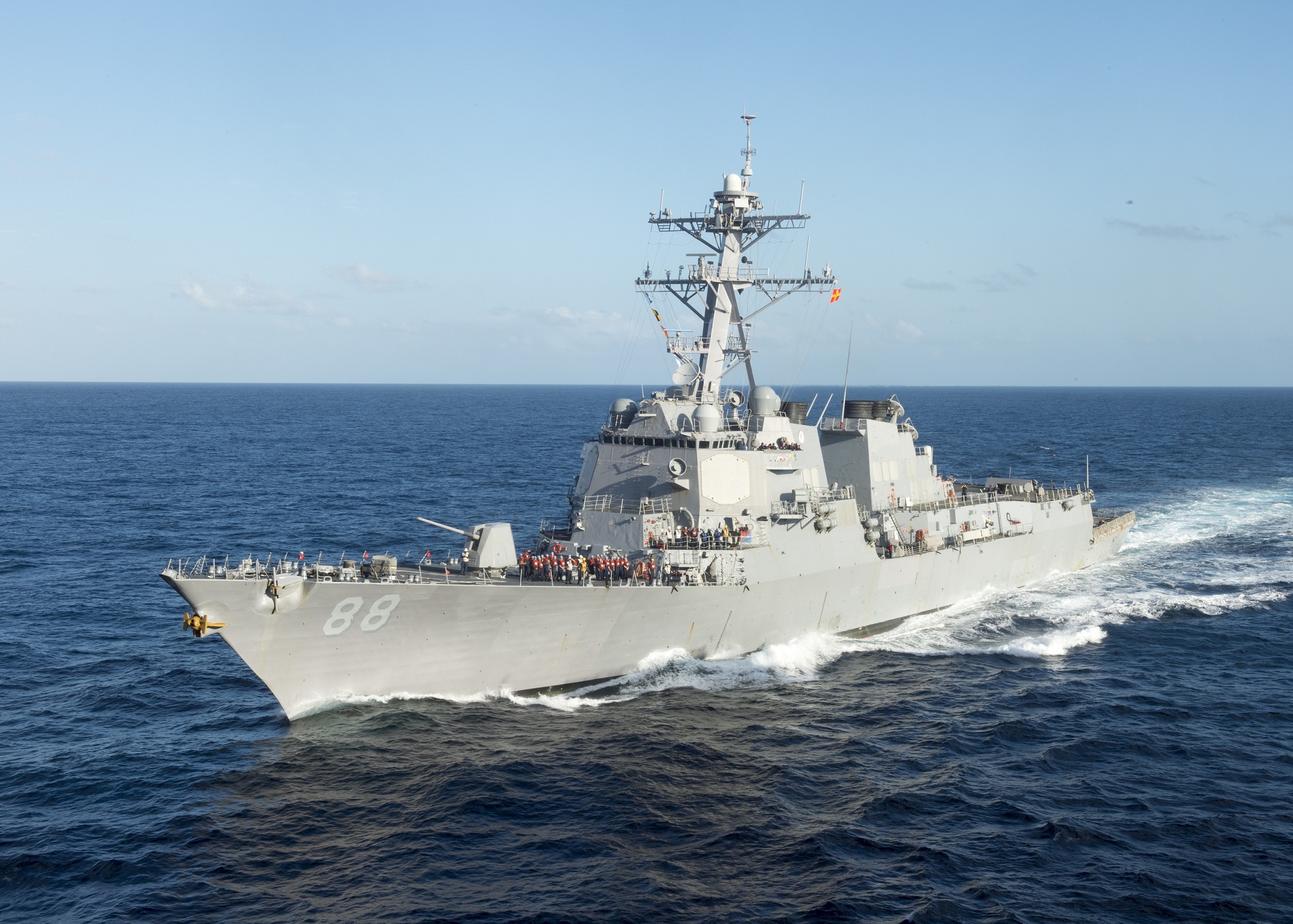 The U.S. focus extends far beyond just what makes the national headlines, such as maritime territorial disputes and North Korean missile launches, he pointed out.

"The number of things that we're doing in any one day is just voluminous," said Oswald, who spoke in a Sept. 7 interview at the 7th Fleet headquarters here, on the sidelines of a visit by Marine Corps Gen. Joe Dunford, the chairman of the Joint Chiefs of Staff.

The activities, as outlined by Oswald, include bilateral and multilateral exercises to train for search and rescue, demining and humanitarian and disaster response, to name a few, as well as operations supporting open shipping lanes and fighting terrorism, trafficking and illegal fishing.

The 7th Fleet’s area of operations includes 36 countries and covers 48 million square miles — from the International Date Line to the India-Pakistan border, and from the Kuril Islands in the north to the Antarctic in the south, Oswald said.

Strong partnerships and cooperation are key in reinforcing the stability and prosperity the United States has promoted in the region for the past seven decades, he said. Collaborating with partners in the region, he added, builds capacity and capability for the bigger issues that arise.

"By constantly exercising and operating with our allies, partners and friends, we build that peace and security that we're looking for," he said.

At the fleet level, the United States has enjoyed long and stable relationships with the countries, regardless of what is happening at the political level in those nations, Oswald said.

On the issue of North Korea, Oswald said Pyongyang's ballistic missile launches "seem counterproductive to the peace and security" of the region.

"We have a very high confidence in our ability to counter any ballistic missile launch from North Korea," Oswald said, highlighting the U.S. Navy's advanced capabilities with its Aegis missile destroyers. In addition, the United States has strong partnerships with Japan and South Korea, and conducts regular exercises with those countries, further strengthening the commitment for peace and security in the region, he said.

"We work together to interoperate on addressing missile defense," he said.

"It's not just the military, and everybody likes to focus on that out here, but it's more than that," he said. "It is truly a whole-of-government interagency effort out here."

Clinton reiterated the many positive things the United States is doing to maintain peace and security in the region. "Sure there are some issues, but we're working through those," he said, adding that the focus is to keep moving in a positive direction and stay within international norms.