Obama issued a statement this morning about today’s North Korean nuclear test and Carter discussed the test at the start of a press conference this morning with Norway’s Defense Minister Ine Marie Eriksen Søreide at the Gardermoen Air Station near Oslo. 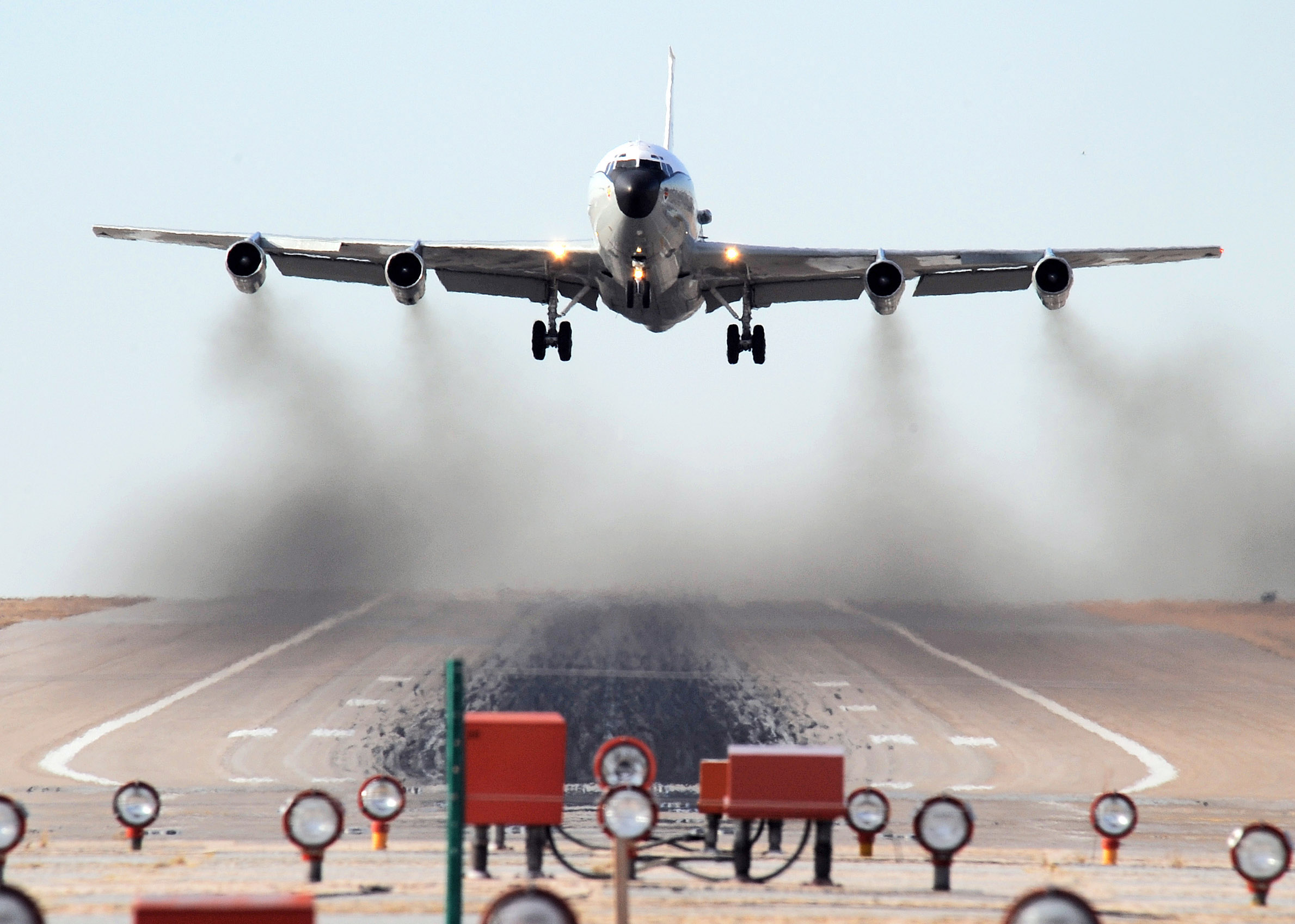 One of these WC-135W planes soon will be flying in the region of the reported Sept. 9, 2016, North Korean nuclear test as part of the Defense Department’s efforts to assess the seismic activity reported there. The atmospheric collection aircraft collects particulate and gaseous effluents and debris from accessible regions of the atmosphere in support of the Limited Nuclear Test Ban Treaty of 1963. The aircraft’s modifications are primarily related to its on-board atmospheric collection suite, which allows the mission crew to detect radioactive "clouds" in real time. The aircraft is equipped with external flow-through devices to collect particulates on filter paper and a compressor system for whole air samples collected in holding spheres. The cockpit crew is from the 45th Reconnaissance Squadron at Offutt Air Force Base, Neb., and special equipment operators are assigned to Det. 1, Air Force Technical Applications Center at Offutt AFB.

The nuclear test produced a blast that according to the U.S. Geological Survey registered magnitude-5.3 on the seismic scale and was located 19 kilometers east northeast of Sungjibaegam, North Korea.

“Last night I returned from the G-20 and East Asia Summit meetings in Asia where my counterparts and I were united in our call for North Korea to return to the path of denuclearization,” Obama said in his statement.

“Upon hearing the news of the test, I had the opportunity to consult separately via phone with Republic of Korea President Park Geun-Hye and Japanese Prime Minister Shinzo Abe,” he added, “We agreed to work with the U.N. Security Council, our other Six-Party partners and the international community to vigorously implement existing measures imposed in previous resolutions.” 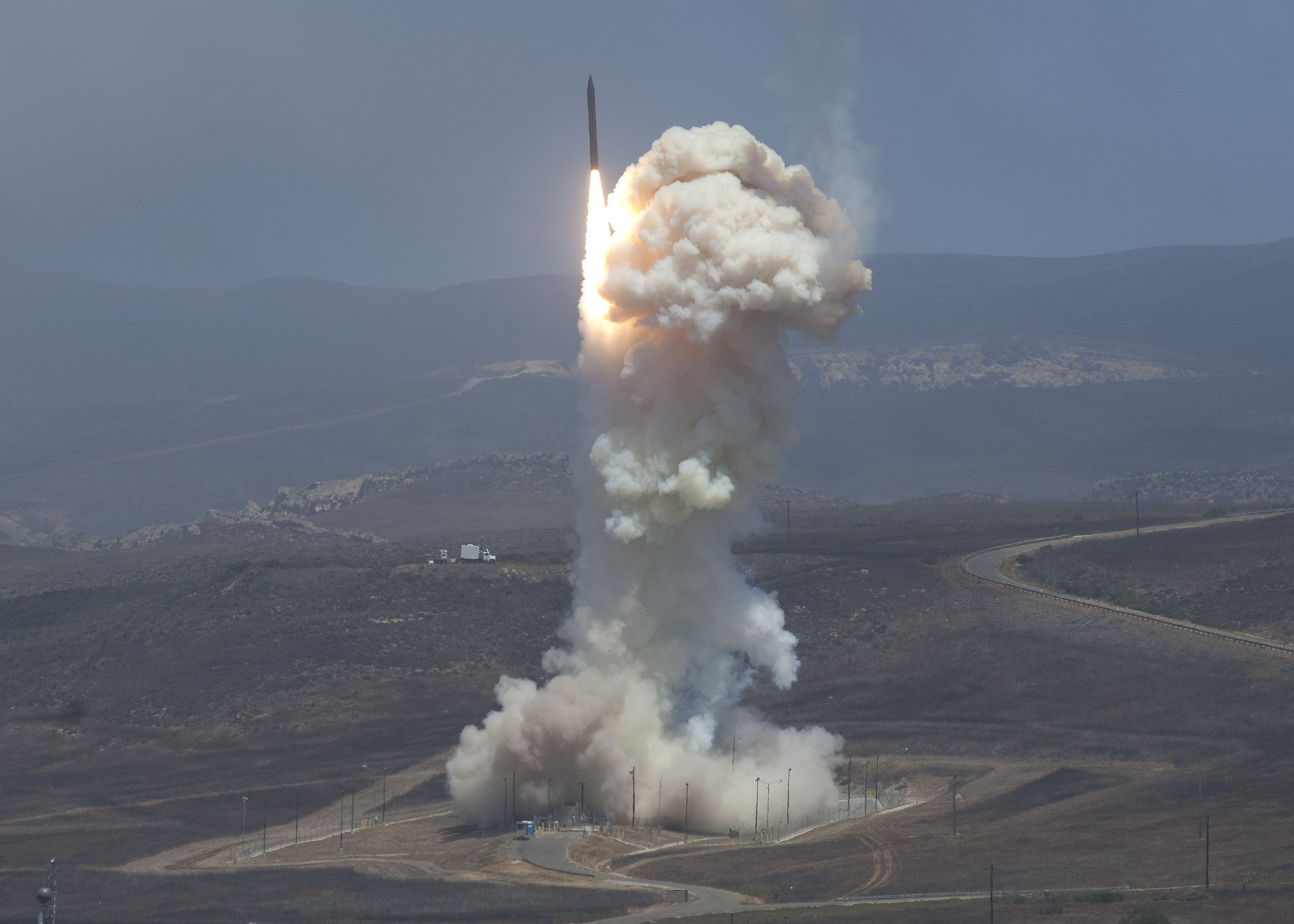 They also agreed, he said, to take other significant steps, including new sanctions, to demonstrate to North Korea that there are consequences to its unlawful and dangerous actions.

Obama said he restated to Park and Abe, “the unshakable U.S. commitment to take necessary steps to defend our allies in the region, including through our deployment of a terminal high-altitude area defense, or THAAD, battery to the ROK, and the commitment to provide extended deterrence guaranteed by the full spectrum of U.S. defense capabilities.”

The president said that the United States does not and never will accept North Korea as a nuclear state, adding that Pyongyang’s provocative and destabilizing actions have isolated and impoverished its people through its relentless pursuit of nuclear weapons and ballistic missile capabilities.

“Today's nuclear test, a flagrant violation of multiple U.N. Security Council Resolutions, makes clear North Korea's disregard for international norms and standards for behavior and demonstrates it has no interest in being a responsible member of the international community,” the president said.

Before he began his press conference in Norway this morning, Carter announced that he had just spoken to South Korea’s Minister of Defense Han Min-goo about North Korea’s latest nuclear test, an act the secretary said constitutes a direct challenge to the international community.

“I affirmed to Minister Han that we stand with our South Korean ally in strongly condemning this action and I reaffirmed our ironclad commitment to the defense of South Korea and our other allies in the region,” Carter said.

“U.S. forces on the Korean Peninsula are always ready, and this is true every single day, to ‘fight tonight,’” the secretary added, noting that he assured Han that the United States and the Defense Department are standing with South Korea and standing guard 24/7 to deter and defend against the North Korean threat with all aspects of U.S. extended deterrent capabilities, including conventional capabilities, missile defense, and the nuclear umbrella.

“We also agreed that the international community, the United Nations Security Council and especially the other Six Party Powers must hold North Korea accountable for this latest act and heighten the pressure on North Korea, especially through tightening of sanctions commensurate with the gravity of this act,” Carter said.

The secretary said he would stay in close contact with Han and other U.S. allies and partners in the region, and with U.S. commanders as the department monitors the situation and assesses next steps.

Little is known now about the strength and composition of the nuclear device that North Korea tested today, but a specially configured Air Force plane called the WC-135 Constant Phoenix soon will be flying over the region to collect data that will help experts discern such details, Pentagon spokesman Navy Capt. Jeff Davis said today.

“The WC-135 … collects particulate and gaseous effluents and debris from accessible regions of the atmosphere and I think you can expect to see that aircraft flying in the region soon as part of our efforts to assess what happened,” Davis said.

According to the Air Force, aircraft modifications are related to the on-board atmospheric collection suite that lets the mission crew detect radioactive clouds in real time. The aircraft is equipped with external flow-through devices to collect particulates on filter paper and a compressor system for whole-air samples collected in holding spheres.

The air-sampling mission supports the Limited Nuclear Test Ban Treaty of 1963, which prohibits any nation from above-ground nuclear weapons testing. WC-135s are the only aircraft in the inventory conducting air-sampling operations.

The cockpit crew is from the 45th Reconnaissance Squadron at Offutt Air Force Base, Nebraska, and special equipment operators are assigned to Det. 1, Air Force Technical Applications Center at Offutt AFB.