Defense Secretary Ash Carter and his British counterpart Michael Fallon yesterday signed a first-of-its kind agreement to together advance offensive and defensive cyber capabilities, Carter said in a joint press conference in London as part of his three-day trip to the United Kingdom and Norway. 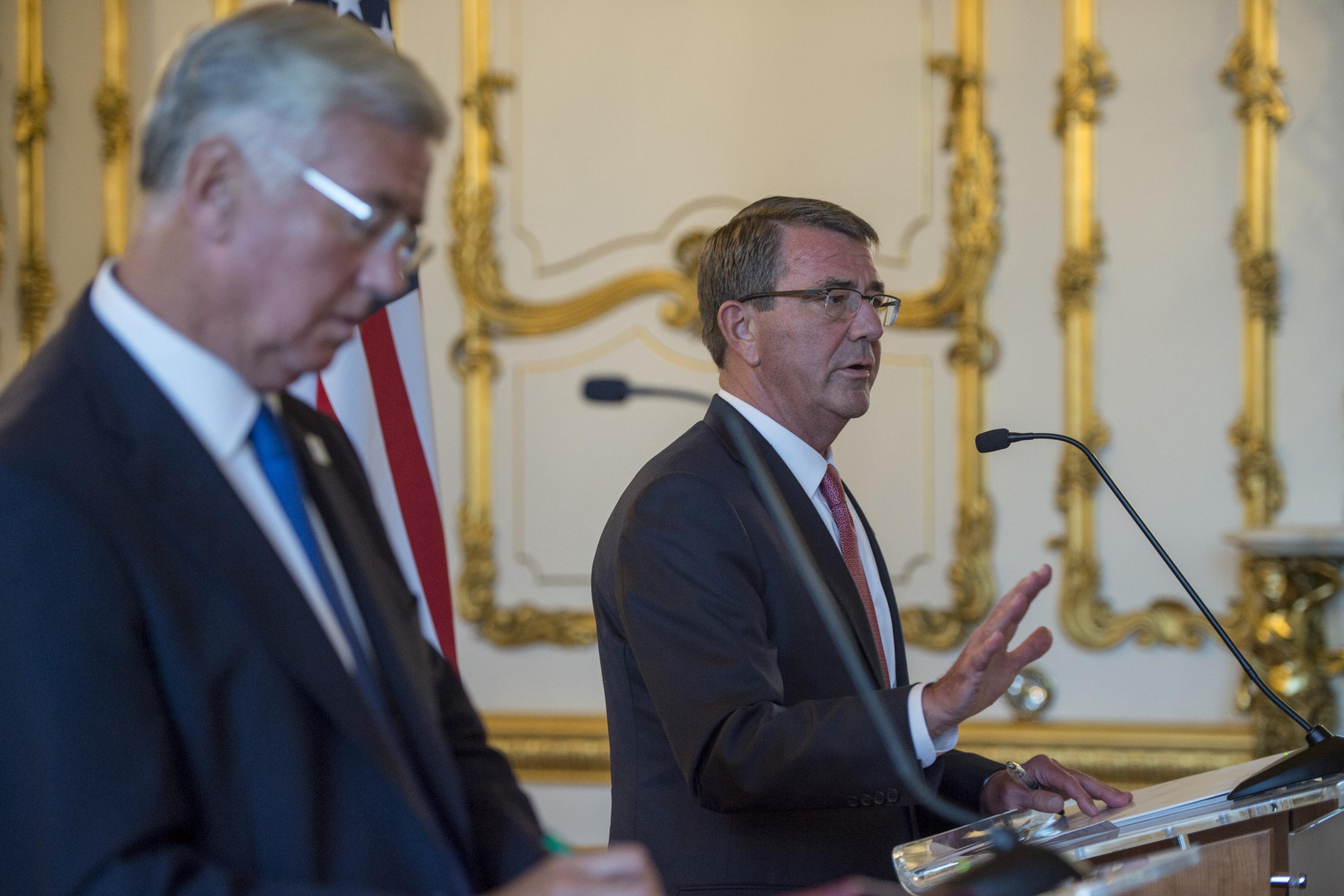 Calling the U.K. a staunch ally, the secretary said the cyber memorandum of understanding will enable the two nations to share more information and perform vital research and development together to advance their offensive and defensive cyber capabilities as they partner in new ways and in new domains to strengthen their longstanding alliance.

“This agreement sends a clear message to our adversaries that the two nations who partnered together at Bletchley Park decades ago to crack German codes are going to be doing more together in yet another arena — namely cyberspace,” Carter told reporters.

The agreement is only one example of the British military’s continued commitment to global leadership and to using its moral and physical range to take independent action in support of security in Europe and around the world, he added.

“Others, just to acknowledge a few, include its implementing and funding, its ambitious forward-looking strategic defense and security review; its modernization of the U.K.’s continuous at-sea nuclear deterrent; maritime patrol aircraft and attack helicopters,” the secretary said.

Carter also noted that Britain’s new defense innovation initiative — similar to one ongoing within DoD — will help keep both nations strong and on the cutting technological edge.

“That’s important, because the British military is doing so much around the world — on its own as part of NATO, and with the United States,” Carter said. “It’s increasing its personnel contributions to NATO’s Resolute Support Mission in Afghanistan.  We’re grateful for that. It’s also strengthening our collective deterrence against Russia, as well as leading in the NATO alliance not only by keeping its pledge to spend 2 percent of [its gross domestic product] on defense, but also in the field.”

The secretary also emphasized the United Kingdom’s “critical contributions” to the military campaign to deliver the Islamic State of Iraq and the Levant a lasting defeat.

“From my first conversations with [Fallon], we resolved to accelerate our coalition’s military campaign. We set in motion a series of deliberate steps to gather momentum and put ISIL on a path to lasting defeat,” Carter said.

And with the sacrifices of local partner nations, since then, “Our campaign has accelerated, pressuring and squeezing ISIL, rolling it backward toward Mosul in Iraq and Raqqa in Syria,” he noted.

The secretary said this week’s peacekeeping ministerial is another demonstration of the U.K.’s continuing global leadership role.

“I appreciate Britain’s efforts to raise awareness and drive reforms and commitments to U.N. peacekeeping,” Carter said, adding that he looked forward to further discussions.

Carter thanked Fallon for his friendship and “unwavering commitment to the cherished values that [President Franklin D. Roosevelt and England’s Prime Minister Winston Churchill] committed our nations to defend more than seven decades ago. And we’ve been doing just that all this time and will for a long time to come.”

Earlier in the day, the secretary returned to his Oxford University alma mater to address students and faculty on the U.S.-U.K. defense relationship.

“Being back on campus reminded me of what I first saw during my time at Oxford, something I still appreciate and it is still worth noting,” he said. “[It is] Britain’s and its people’s global view and its willingness to lead economically, politically, militarily an independent, principled and powerful force in the world, physical and moral power in a world where few nations are capable or inclined to do that.”