Transparency and intelligence seem like mutually exclusive terms, but they are not, the undersecretary of defense for intelligence said here today.

Marcel Lettre told the Atlantic Council that citizens’ expectation of transparency in intelligence has grown since 9/11, and that the key is finding the right balance for transparency. 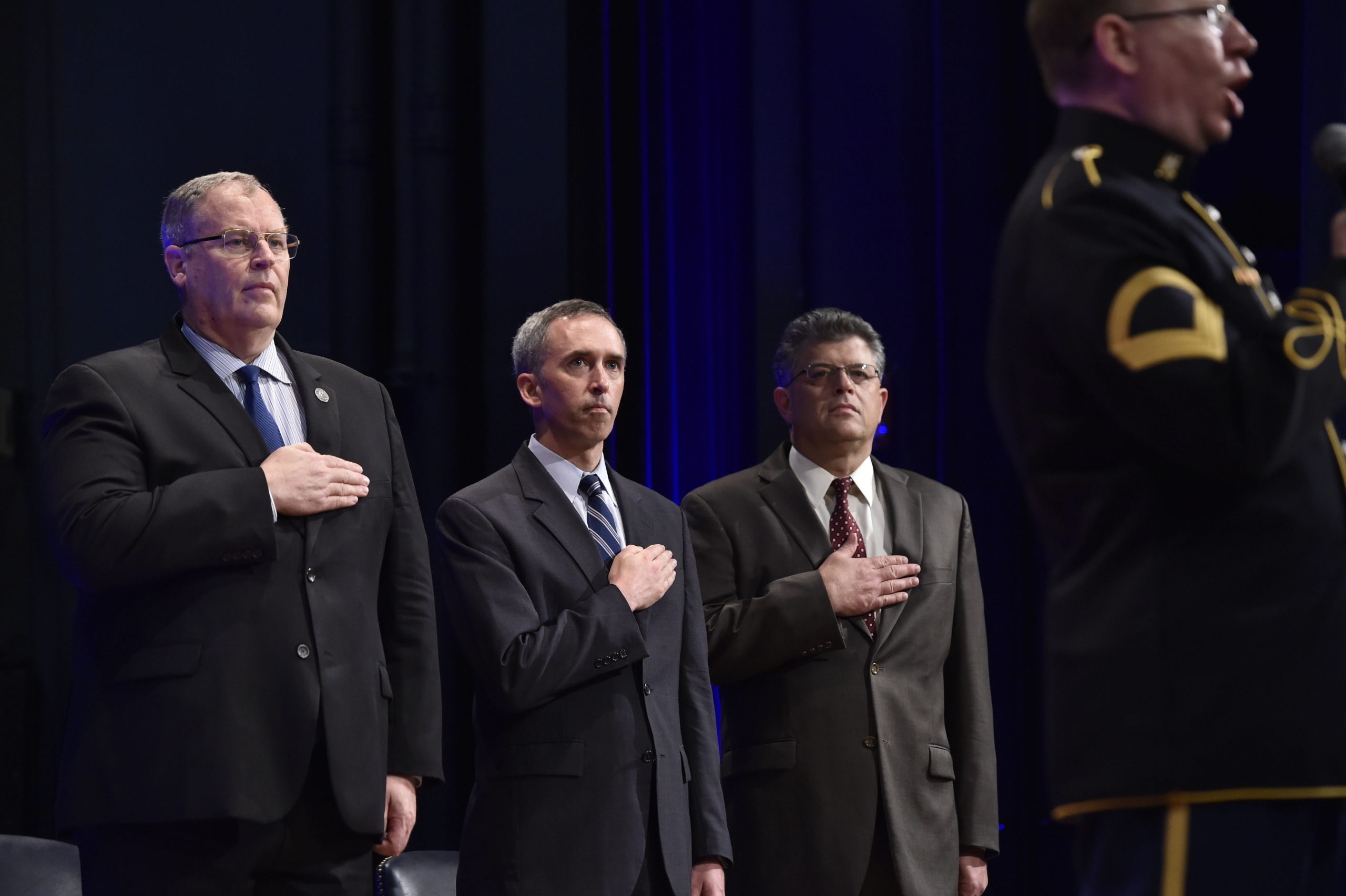 Citizens’ expectation of transparency in intelligence has grown since 9/11

“Over the last several years, … the intelligence community has been taking steps to be both more proactive and more transparent as we work to help the American public understand what we do and why it is important to our national security and the security of our friends and allies,” he said.

Though it would be self-defeating and foolish for intelligence professionals to share everything they do, he said, some aspects of intelligence can be talked about, and it is the duty of leaders to do that.

Manifestations of this new transparency include the creation of the Office of Civil Liberties, Privacy and Transparency, Lettre said. “This team created and published Intelligence Community Principles of Transparency to guide the community in releasing more information about what it does,” he added. The principles serve as guideposts for senior leaders “who only operated in the shadows,” he said, and have helped with determining what activities and records can be released.

Changes in technologies have meant changes in policies, and the intelligence community is updating policies that were written when fax machines were the big new communication tools, the undersecretary said, adding that the new policy outlines “the fundamentals for protecting U.S. persons’ information across military users.”

Also, he noted in citing manifestations of transparency, the Defense Department has released documents related to the May 2011 raid that killed al-Qaida leader Osama bin Laden.

But these examples are not the only meaning for transparency in the intelligence world, Lettre said. The 17 organizations in the U.S. intelligence community have learned the lessons associated with being transparent with one another, he told the Atlantic Council audience. “More commonly,” he said, “we have called this jointness or integration of our efforts.”

He noted the integration of intelligence and military operations, including “unprecedented partnership between DoD’s special operations and the CIA’s workforce.” The intelligence community also is working much more closely than in the past with State Department personnel as well and with allies around the world, he said.

Lettre told the council members that he has met with intelligence community personnel in more than 20 countries. “Without question, the biggest takeaway from all these visits is how central intelligence is to our day-to-day military operations,” he said. “Now, more than at any time in our history, intelligence plays a critical role in informing our defense leaders to make sound decisions and in our military commanders’ abilities to deter our adversaries, and should deterrence fail, to be able to defeat the enemy.”

Another area of integration is in mission and enterprise management, Lettre said. “We now pursue integrated intelligence strategies and are moving toward mission-centric organization,” he said. “More than ever before, intelligence community organizations jointly develop and acquire capabilities – satellites and other systems.” DoD is working closely with the CIA to train new human intelligence officers, the undersecretary said.

“We are harnessing the power of open data layers as part of the modernization of the intelligence community’s information technology architecture,” Lettre said. “We are putting in place a new model for delivering IT as an enterprise, with each major organization in the community contributing to a key part of the architecture.

As this continues, he told the council, he sees new possibilities for collaboration and innovation.