The Zero is the most famous symbol of Japanese air power during World War II. The fighter first flew in April 1939, and Mitsubishi, Nakajima, Hitachi and the Japanese navy produced 10,815 Zeros from 1940-1945.

The Allies' main opponent in the Pacific air war, the Zero is the most famous symbol of Japanese air power during World War II. The fighter first flew in April 1939, and Mitsubishi, Nakajima, Hitachi and the Japanese navy produced 10,815 Zeros from 1940-1945. Zeros were produced in greater number than any other aircraft. Its distinctive design and historical impact make the Zero an important machine in air power history. 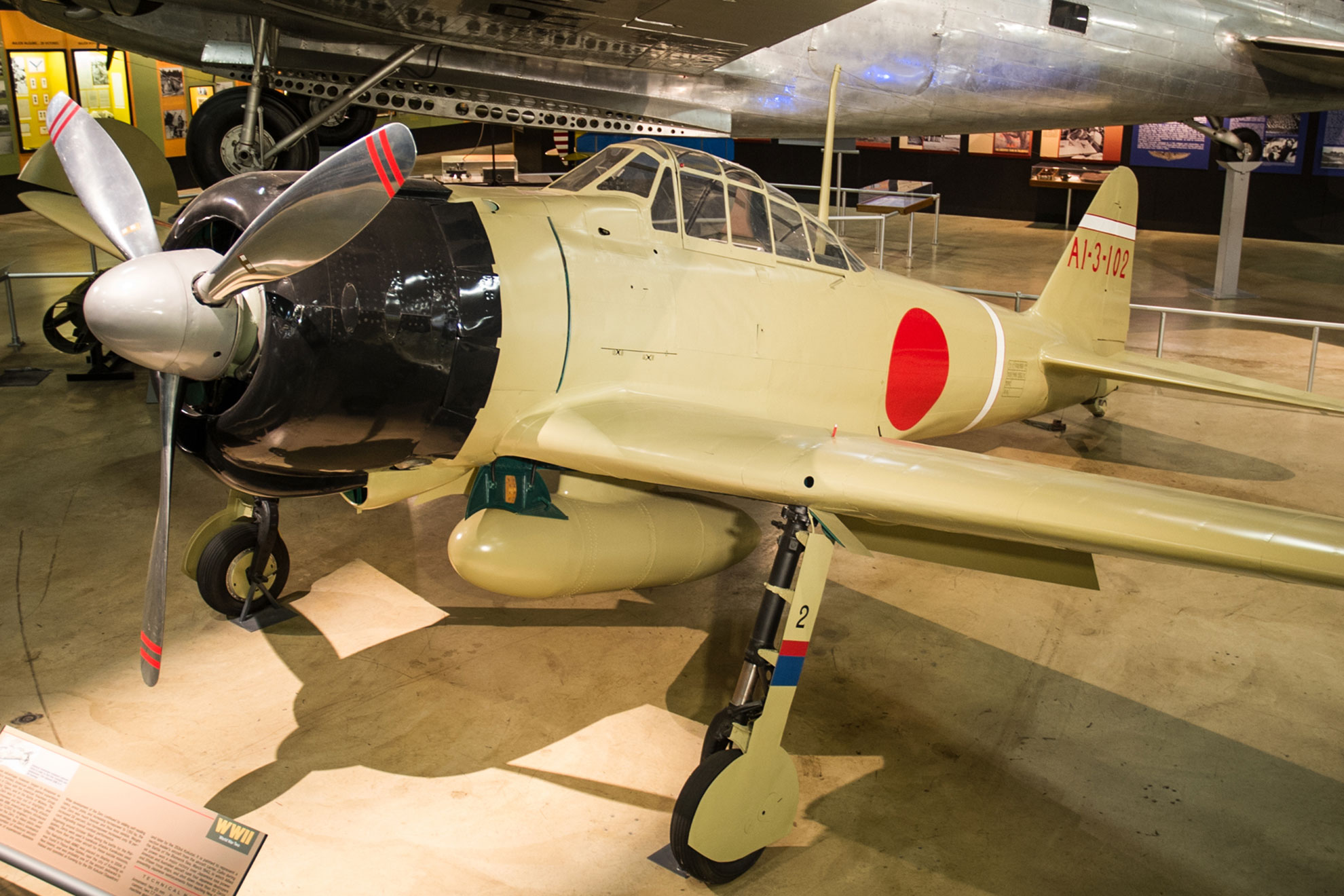 The Zero got its name from its official designation, Navy Type Zero Carrier-Based Fighter (or Reisen), though the Allies code-named it "Zeke." The Zero was the successor to the A5M Type 96 "Claude." Mitsubishi designed the A6M from Navy requirements set out in 1937 for a fighter that was fast, maneuverable and had great range. Designed as a carrier-borne fighter, it was exceptionally light compared to its opponents. This requirement was not only necessary to provide maneuverability but also was caused by the Zero's low-powered engine. Lack of interservice cooperation in engine development limited the horsepower available to Japanese designers. Other consequences included omitting armor protection for the pilot, not using self-sealing fuel tanks, and building lightweight wings as an integral part of the fuselage. 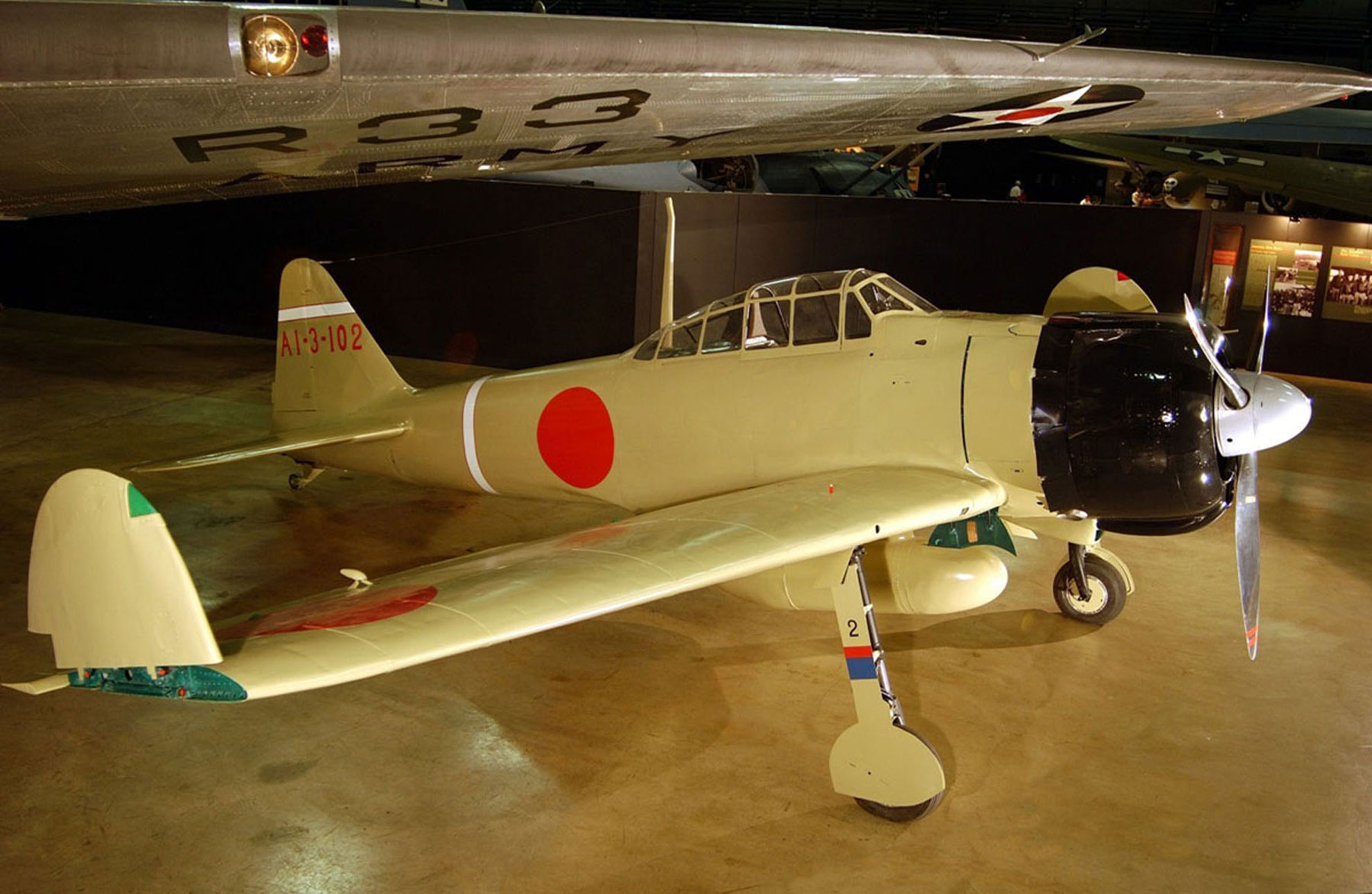 The A6M first saw combat in China in the late summer of 1940, and it quickly helped Japan dominate the air in Asia. When Japan attacked Pearl Harbor on Dec. 7, 1941, 125 Zeros from six aircraft carriers participated. In the early part of the war, Allied aircraft such as the Curtiss P-40 and Seversky P-35 were at a disadvantage in a dogfight with a Zero flown by a skilled pilot, and the A6M became a well-known and dangerous opponent.

The Japanese advantage, however, began to disappear as American tactics evolved. American pilots gained experience fighting the Zero in China with the American Volunteer Group, known as the Flying Tigers, and at the Battle of Midway. The key to fighting the Zero was to stay out of dogfights, and instead use superior armament and hit-and-run diving attacks against the relatively fragile A6M. American fighters introduced in 1943 were more powerful (2,000-hp engines), faster, and had much more firepower than the Zero. As Allied pilots used their heavily-armed aircraft to advantage, the Zero's dominance ended. At the same time, the number of American aircraft and pilots increased, and the number of experienced Japanese aircrew shrank. 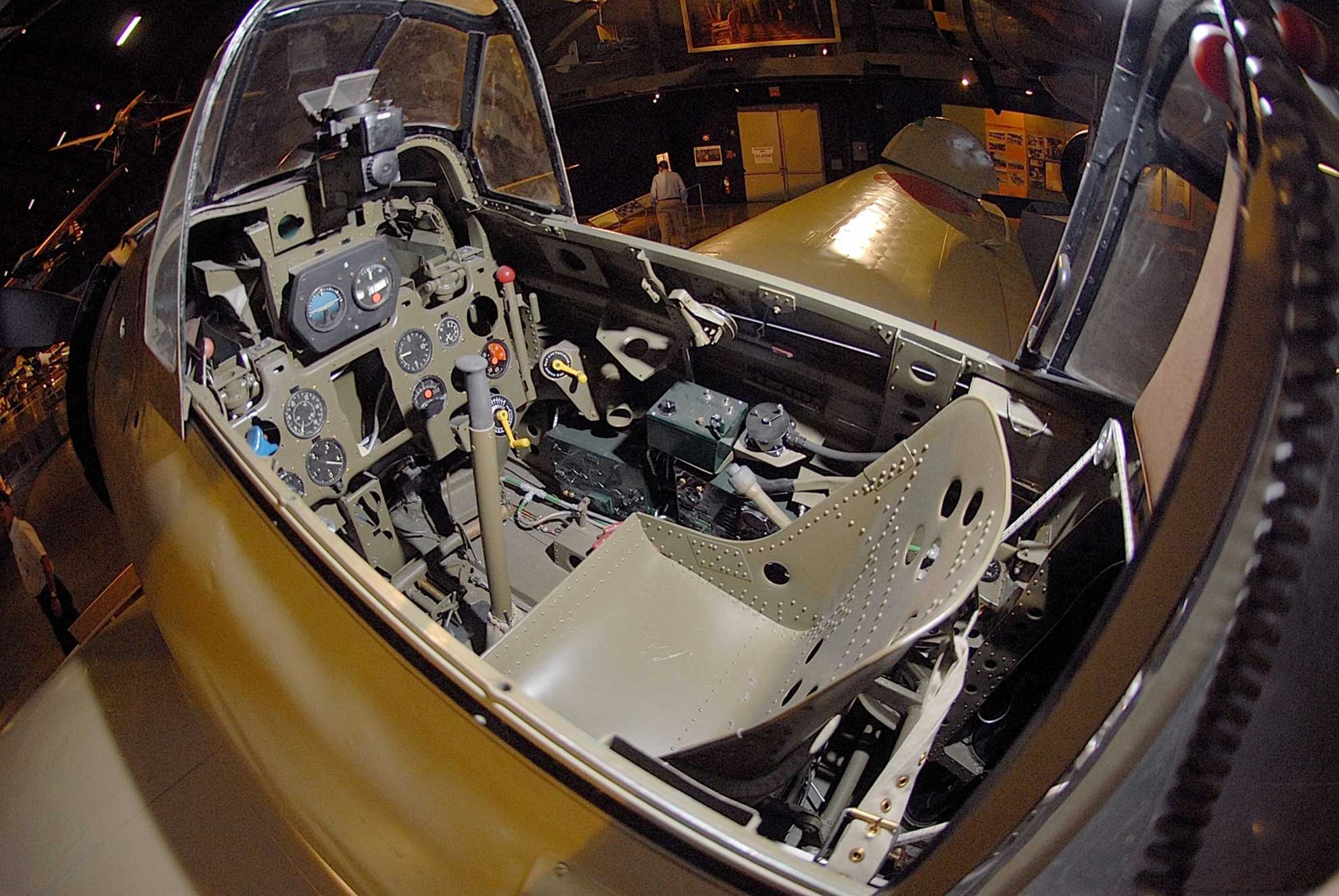 Cockpit of the A62M Zero fighter

While development of the Zero continued by adding self-sealing tanks, armor plate and increasing horsepower to 1,150 hp, the later Zero was much heavier and thus less nimble. Weight increased 28 percent, but horsepower increased only 16 percent, degrading overall combat performance.

Beginning around October 1944 during the battle for the Philippines, Zeros were used in kamikaze attacks. Kamikazes used A6Ms more than any other aircraft for these suicide missions.

This Nakajima-built A6M2 was placed on display in 2004. It was found in Papua New Guinea, near the city of Kavieng on New Ireland, and was probably one of the aircraft delivered to Rabaul and operated at Kavieng by the 6th Kokutai (Squadron) and later by the 253rd Kokutai. It is painted to represent a section leader's aircraft from the aircraft carrier Zuiho during the Battle of the Bismarck Sea, March 1943, in which Allied air power won a major victory over Japanese sea power. American and Australian aircraft sank four Japanese destroyers and 15 troop ships, and shot down more than 50 Zeros, preventing Japanese reinforcements from reaching New Guinea.

Click here to go to the World War II Gallery

14th Air Force in China: From Volunteers to Regulars

View the Zero on Display