On the night of Feb. 2-3, 1943, the (USAT) Dorchester carrying 902 people sank into the icy waters after a German torpedo hit the transport ship. Four U.S. Army chaplains were onboard and gave away their own life jackets.

In April 1941, the United States and Denmark signed an agreement pledging the U.S. to defend Greenland from invasion. It allowed the U.S. to build military bases in Greenland, which President Franklin D. Roosevelt stated was critical to defending the Western Hemisphere. During the summer of 1941, the U.S. began building several bases, called "BLUIE" bases, with runways in Greenland. 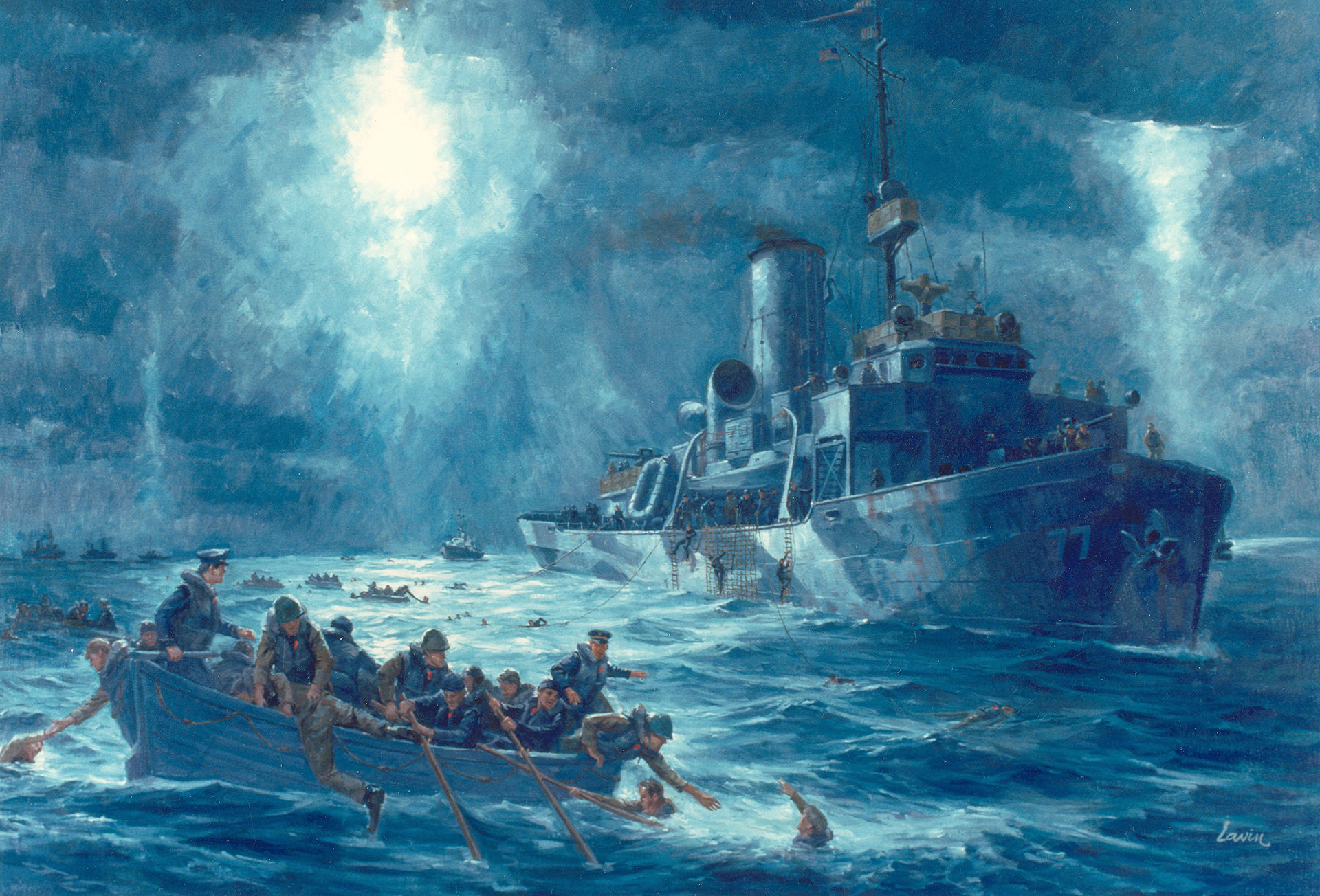 By September 1941, the first of these bases, named Bluie West One (BW-1), was completed at Narsarsuaq, which became the major U.S. Army, Navy and Coast Guard base in Greenland. When the U.S. Army Air Forces began flying its aircraft to Great Britain along the North Atlantic Ferry Route, the runway at BW-1 became a major stopping point.

Due to the harsh weather conditions in Greenland, personnel were rotated out on a routine basis. On the night of Feb. 2-3, 1943, the United States Army Transport Ship (USAT) Dorchester was carrying 902 servicemen, merchant seamen and civilian worker replacements to BW-1 when a torpedo from the German submarine U-223 hit the transport ship. The USAT Dorchesterquickly sank into the icy waters, and during the rush to abandon ship, many men left their life jackets behind. 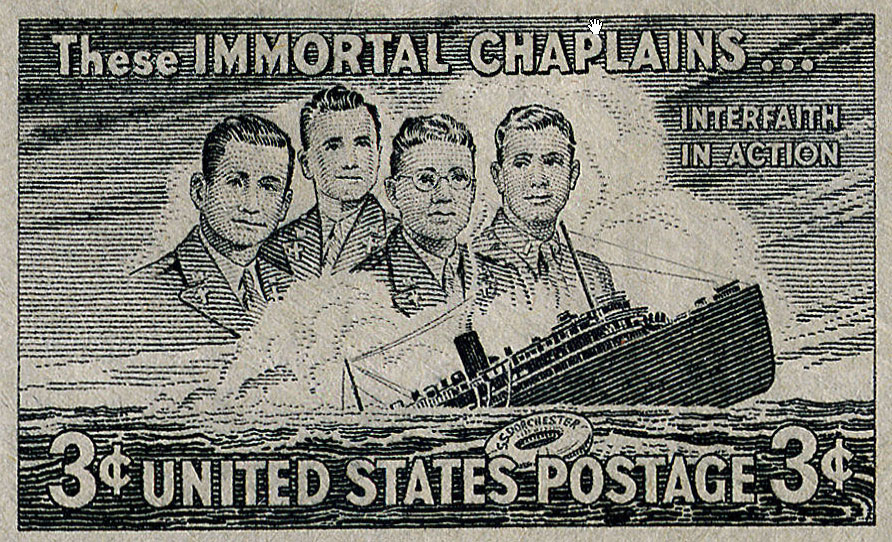 In 1948 the U.S. Postal Service issued this stamp to honor the four chaplains

Four U.S. Army chaplains were onboard the Dorchester that night: Lt. George L. Fox, Methodist; Lt. Alexander D. Goode, Jewish; Lt. John P. Washington, Roman Catholic; and Lt. Clark V. Poling, Dutch Reformed. They moved among the men to calm them, to offer prayers, and to pass out life preservers stored on the upper deck without regard to religious beliefs. In an astonishing act of courage and brotherly love, the four chaplains gave away their own life jackets.

As the ship went down, survivors in nearby lifeboats saw the four chaplains, linked arm-in-arm on the deck, praying together. Of the 902 aboard the Dorchester that night, only 230 survived.

In December 1944, the four chaplains were posthumously awarded the Distinguished Service Cross and Purple Heart. Congress authorized "The Four Chaplains Commemorative Medal" in 1960, and Secretary of the Army Wilber M. Brucker awarded it to the four chaplains' next of kin on Jan. 18, 1961.