The Air Force’s fiscal year 2019 budget request builds on momentum to restore the force after years of funding uncertainty and addresses the challenges from a great power competition, Air Force leaders said today.

The Air Force’s fiscal year 2019 budget request builds on momentum to restore the force after years of funding uncertainty and addresses the challenges from a great power competition, Air Force leaders said today. 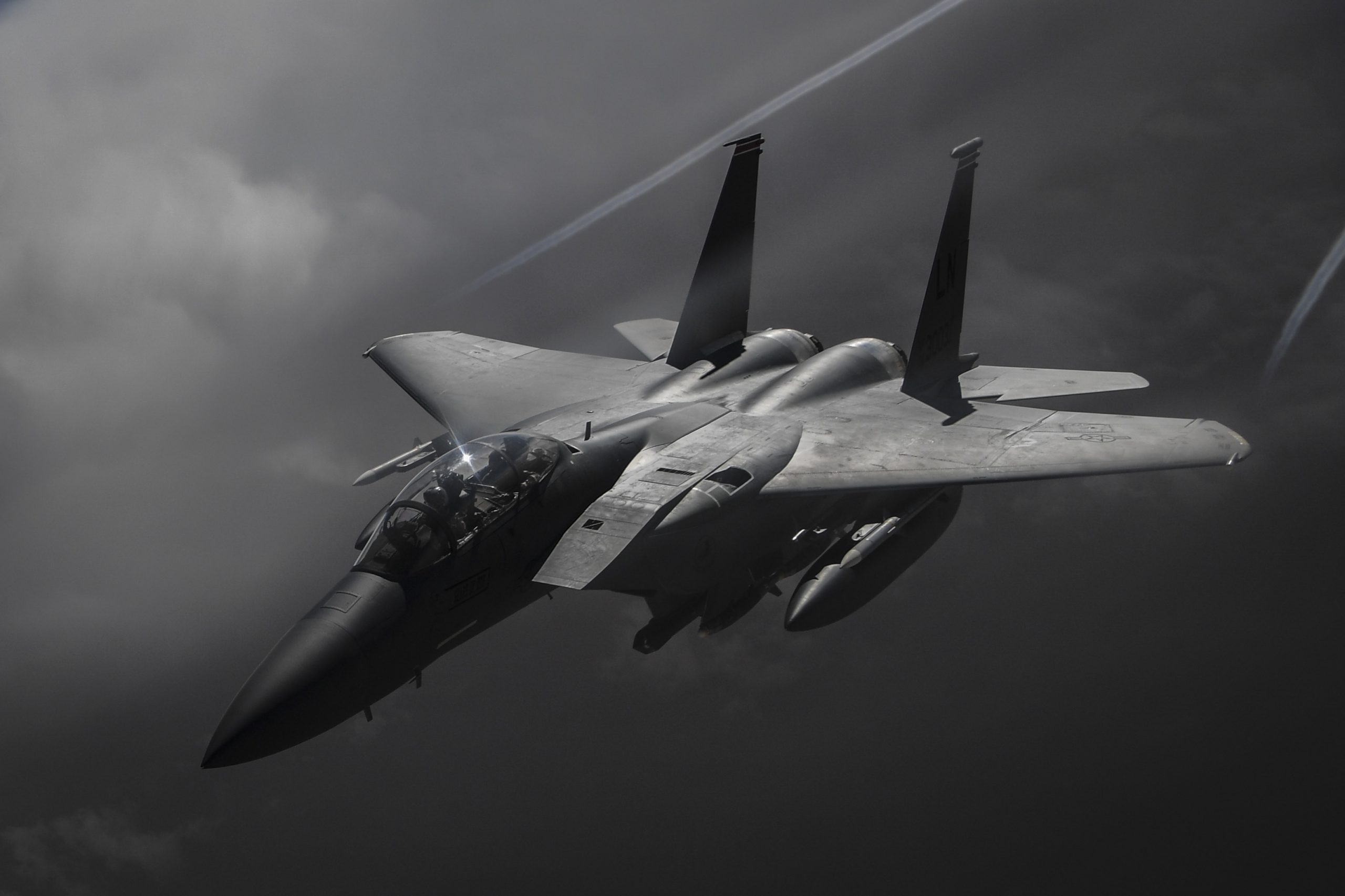 An Air Force F-15E Strike Eagle flies over Iraq
The budget request is well-aligned with the National Defense Strategy and recognizes the international security environment is more competitive and dangerous than it has been in decades, Air Force Secretary Heather A. Wilson said.

In addition, it prioritizes long-term competition with China and Russia, they noted.

The request focuses on continuing the efforts to restore the readiness of the force to allow the U.S. to “win any fight, any time,” and includes “bold moves” to address evolving global security challenges, Wilson said.

The first of the bold moves is accelerating defendable space to “deter and defend and prevail against anyone who seeks to deny our free use of space in crisis conflict,” the Air Force secretary said. The second bold move focuses on multidomain operations, she told the panel.

“Future wars will be won by those who observe, orient, decide, and act faster than adversaries in an integrated way across domains — land, sea, air, space and cyberspace,” Wilson and Goldfein explained in their joint written statement.

Goldfein highlighted the need for predictable funding and warned against returning to sequestration and its arbitrary cuts. The Air Force, he explained, is still recovering from the damage from the 2013 sequestration.

The budget request of $156.3 billion for fiscal year 2019 – a 6.6 percent overall increase from the fiscal year 2018 request — builds on the progress made in 2018 to restore the readiness of the force, increase lethality and cost-effectively modernize, Wilson and Goldfein explained.

They thanked lawmakers for their support and for providing predictable funding. President Donald J. Trump signed a $1.3 trillion spending bill in March that includes a $160 billion boost in defense spending over two years, reversing years of decline and uncertain funding.

The Air Force, with its 670,000 military and civilian members, understands it must defend the homeland and allies with a safe, secure and effective nuclear deterrent, Goldfein noted.

“We also understand that we are expected to own the high ground with air and space superiority, freedom to maneuver and freedom from attack,” he said. “We’re expected to project America’s military power forward with our allies and partners as we bring global vigilance, global reach and global power for the joint team.”

In their joint statement, Wilson and Goldfein said in light of global trends and intensifying pressure from major challengers, the Air Force’s relative advantage in air and space is eroding in a number of critical areas.

“The projected mismatch between demand and available resources has widened,” they said, underscoring the importance of funding for Air Force priorities.

“Any American weakness emboldens competitors to subvert the rules-based international order and challenge the alliance and partnership network that underpins it,” they said.