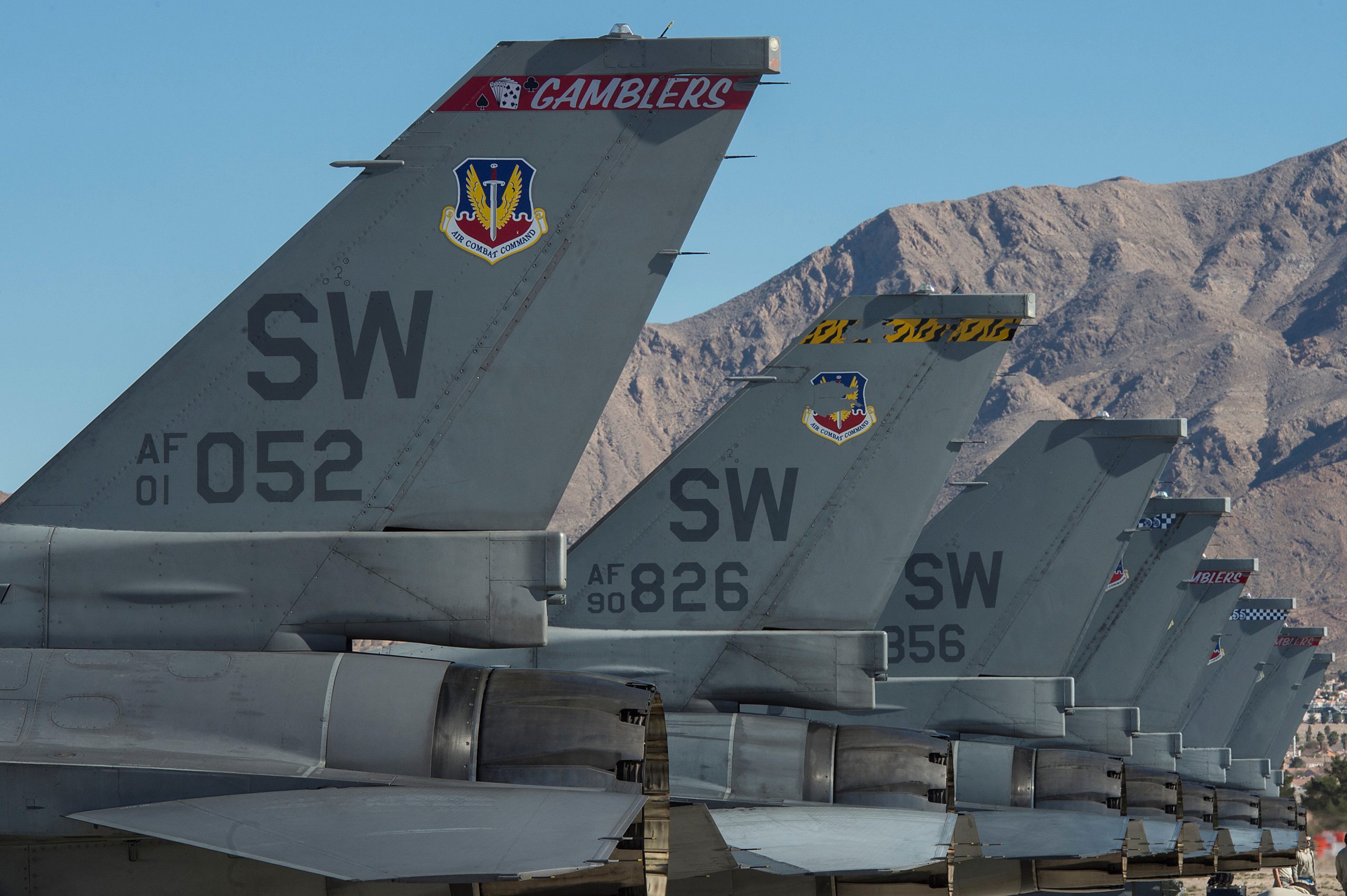 Held multiple times each year on the vast bombing and gunnery ranges of the 2.9-million acre Nevada Test and Training Range, Red Flag is a realistic combat training exercise involving the air forces of the United States, its allies and coalition partners, and is one of the Air Force’s largest exercises.

The exercise incorporates all spectrums of warfare including command and control, real-time intelligence, analysis and exploitation, and electronic warfare, and gives participants an opportunity to experience realistic combat scenarios in order to prepare and train for future conflicts.

‘Everyone Leans on Each Other’

“Red Flag allows us to operate in a combat training environment and simulate not only how we, as the U.S. Air Force, would fight, but how we’d fight with coalition forces,” said Air Force Maj. Casey Crabill, the 20th Equipment Maintenance Squadron commander and Red Flag 17-2 Expeditionary Maintenance Group commander. “Wherever we deploy, we rely on our coalition partners to be successful. Here at Red Flag, everyone leans on each other on an almost daily basis for equipment or expertise to ensure we collectively accomplish the mission.”

The 20th Fighter Wing from Shaw Air Force Base, South Carolina, is participating in Red Flag 17-2 as the exercise’s core unit, meaning 20th FW senior leadership will be working closely with Red Flag staff to ensure exercise participants are aware of and able to properly leverage the capabilities of Nellis AFB, the host installation. In total, this amounts to 16 units from four different nations operating 92 aircraft.

“The No. 1 objective is integration with partner nations,” said Air Force Col. John Bosone, the 20th FW vice commander and Red Flag 17-2 Air Expeditionary Wing commander. “I want everyone who participates to realize that even though we’re fortunate enough to have outstanding equipment and weapons systems, it’s the people executing the mission that will ultimately ensure mission success.”