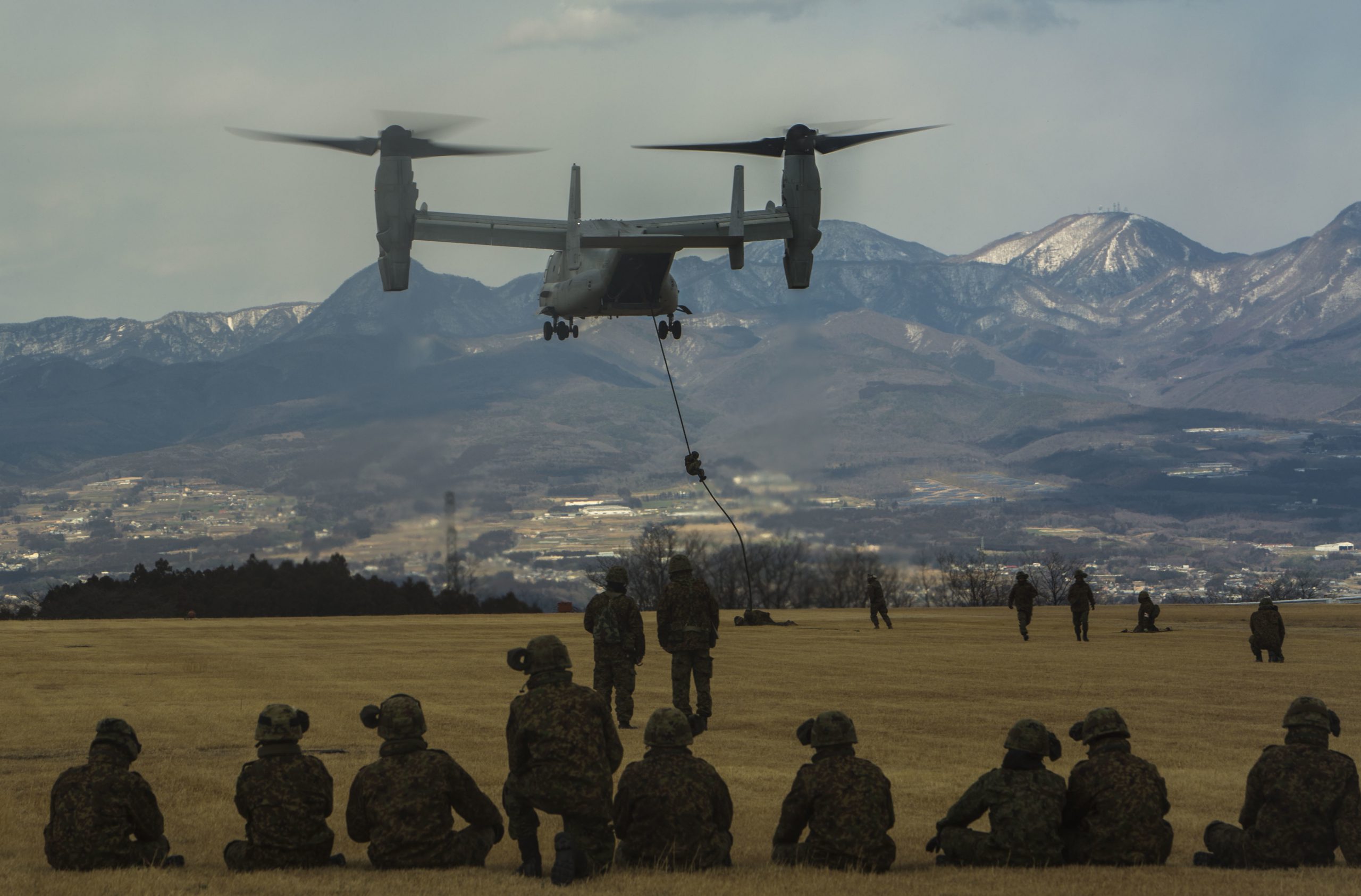 This portion of the exercise familiarized both nations' forces with each other's aviation platforms, training techniques and execution of various mission sets. As the aircraft hovered above the ground, U.S. and Japanese forces fast roped safely to the ground from each other's platforms.

‘We Truly Are Stronger Together’

“The value of this training is that it reinforces that we truly are stronger together,” said Lt. Col. Ryan M. Hoyle, the commanding officer for 2nd Battalion, 3rd Marine Regiment. 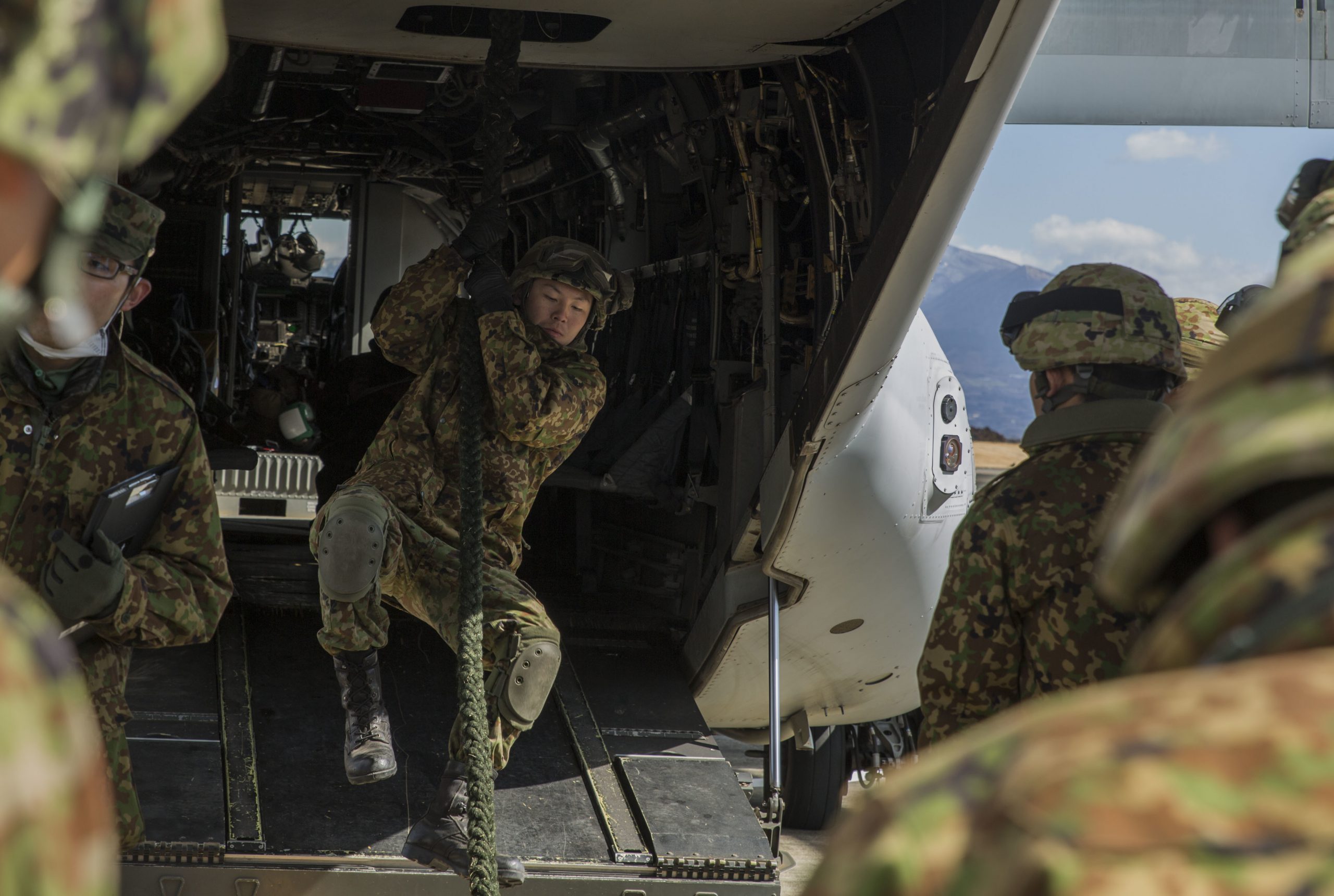 Approximately 600 U.S. Marines and sailors assigned to III Marine Expeditionary Force deployed via six MV-22B Ospreys from Marine Corps Air Station Futenma in Okinawa to Yokota Air Base, Japan, to execute Forest Light 17-1. The assimilation of Marine infantry units and aircraft from Okinawa with JGSDF units on mainland Japan allows for continuous integration and cooperation of bilateral forces, which reduces the impact of training on Okinawa.

Hoyle said the Japanese Ground Self-Defense Forces and U.S. forces are working to identify their differences, find common ground and close all gaps to ensure the combined forces are formidable and ready.

“I’m excited to see the training and observe the stronger team at the end,” Hoyle said.