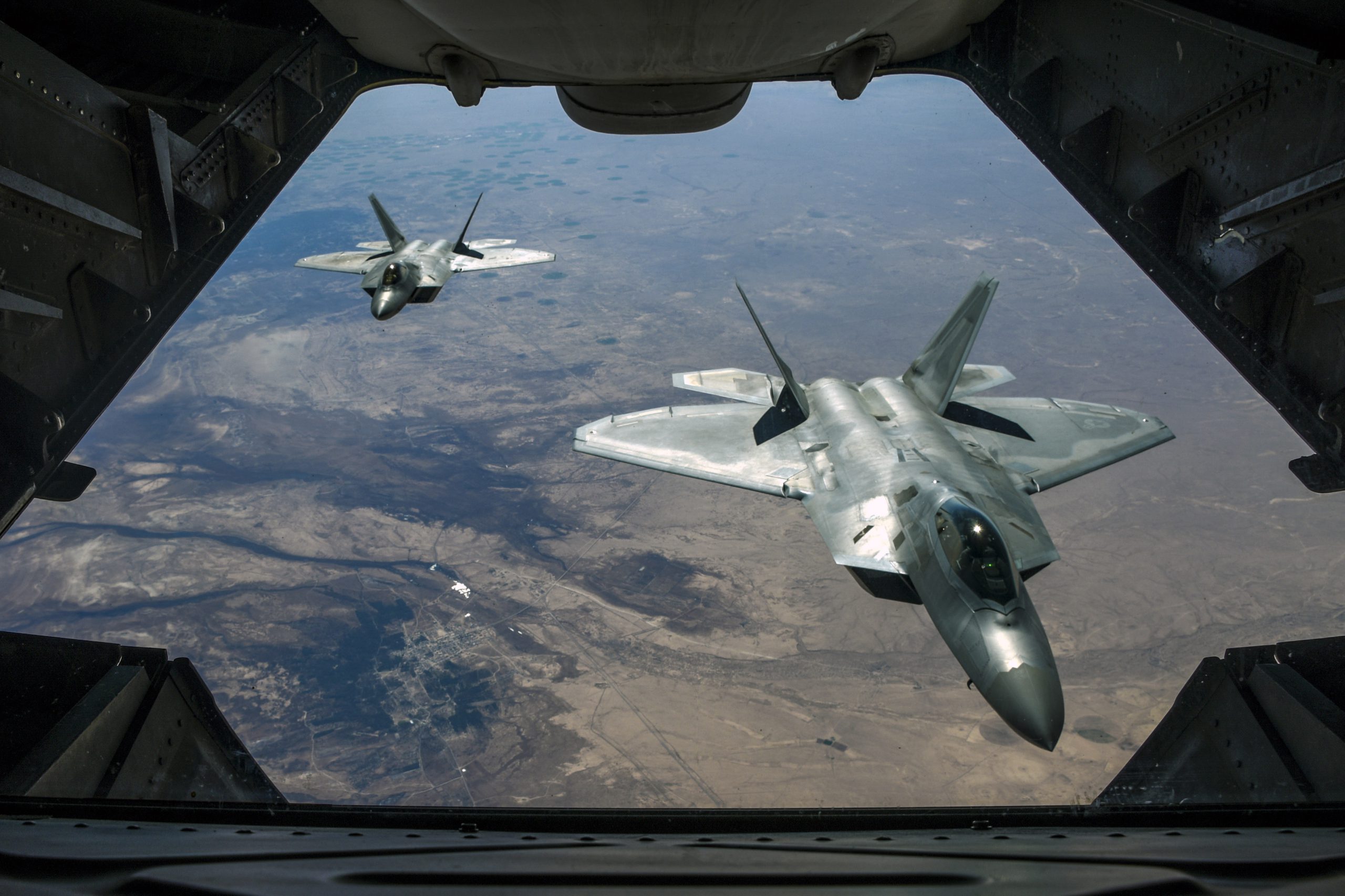 F-35A Lightning II aircraft receive fuel from a KC-10 Extender tanker aircraft from Travis Air Force Base, Calif., during a flight from England to the United States, July 13, 2016. The fighters were returning to Luke Air Force Base, Ariz., after participating in the world's largest air show, the Royal International Air Tattoo. Officials announced Aug. 2, 2016, that the F-35A has achieved initial combat capability. Air Force photo by Staff Sgt. Madelyn Brown.

“This is a significant milestone for an aircraft that will allow the U.S. to maintain the advantage of air superiority for years to come,” Carter said in a statement. “I know that even after being declared combat ready, there is more work to do with this critical program, but the Air Force, Air Combat Command and the men and women of Hill Air Force Base should be proud of this major step forward for the F-35A.”

Carlisle lauded the aircraft’s performance, noting that the aircraft had met all key criteria for reaching initial operational capability: airmen trained, manned and equipped to conduct basic close air support, interdiction and limited suppression/destruction of enemy air defenses in a contested environment with an operational squadron of 12-24 aircraft; the ability to deploy and conduct operational missions using program of record weapons and missions systems; and having all necessary logistics and operational elements in place.

“I am proud to announce this powerful new weapons system has achieved initial combat capability,” Carlisle said. “The F-35A will be the most dominant aircraft in our inventory because it can go where our legacy aircraft cannot and provide the capabilities our commanders need on the modern battlefield.”

The F-35A is the latest addition to ACC’s fleet of deployable and fifth-generation aircraft, said officials, adding that the aircraft provides air superiority, interdiction, suppression of enemy air defenses and close-air support as well as great command and control functions through fused sensors, and it will provide pilots with unprecedented situational awareness of the battlespace that will be more extensive than any single-seat platform in existence.

“Bringing the F-35A to initial combat readiness is a testament to our phenomenal airmen and the outstanding support of the Joint Program Office and our enterprise partners,” Air Force Secretary Deborah Lee James said. “This important milestone for our fighter force ensures the United States, along with our allies and international partners, remains prepared to deter, deny, and defeat the full spectrum of growing threats around the globe.”

"The combat-ready F-35A is the latest fifth-generation fighter aircraft in the Air Force's inventory and provides our nation air dominance in any environment. The F-35A brings an unprecedented combination of lethality, survivability, and adaptability to joint and combined operations, and is ready to deploy and strike well-defended targets anywhere on Earth," Goldfein said. "Today's declaration of IOC is an important milestone on the road to achieving full warfighting capability for the F-35A.”

The 34th Fighter Squadron of the 388th Fighter Wing, based at Hill Air Force Base, Utah, is the service’s first operational F-35A squadron, having met all the established criteria for initial operational capability including a successful June deployment to Mountain Home AFB, Idaho, and a series of eight-aircraft sorties held in mid-July. Members of the 34th FS will fly and maintain the F-35A alongside Air Force Reservists from Hill’s 419th Fighter Wing.

"Our airmen have worked tirelessly to make sure our aircraft are combat ready: meeting challenges head-on and completing all the required milestones," said Air Force Col. David Lyons, the 388th Fighter Wing’s commander. "We're very proud that the Air Force has declared us combat ready and we're prepared to take this aircraft wherever it's needed in support of our national defense."

“It's an honor to fly and maintain the F-35 with our active-duty counterparts here at Hill,” Smith said. “Our units were the first to fly combat-ready F-16s nearly 40 years ago, and we're very proud to have made history once again in bringing the Air Force's newest fighter jet to IOC.”