MQ-1 Predator remotely piloted aircraft are again in the air to help combat this year’s wildfires, which were ravaging California’s Sierra Nevada Mountains.

Remotely piloted aircraft are again in the air to help combat this year’s California wildfires.

From August-November 2013, California Air National Guardsmen assigned to what was then designated as the 163rd Reconnaissance Wing operated the MQ-1 Predator remotely piloted aircraft over the Rim Fire, which was ravaging California’s Sierra Nevada Mountains. 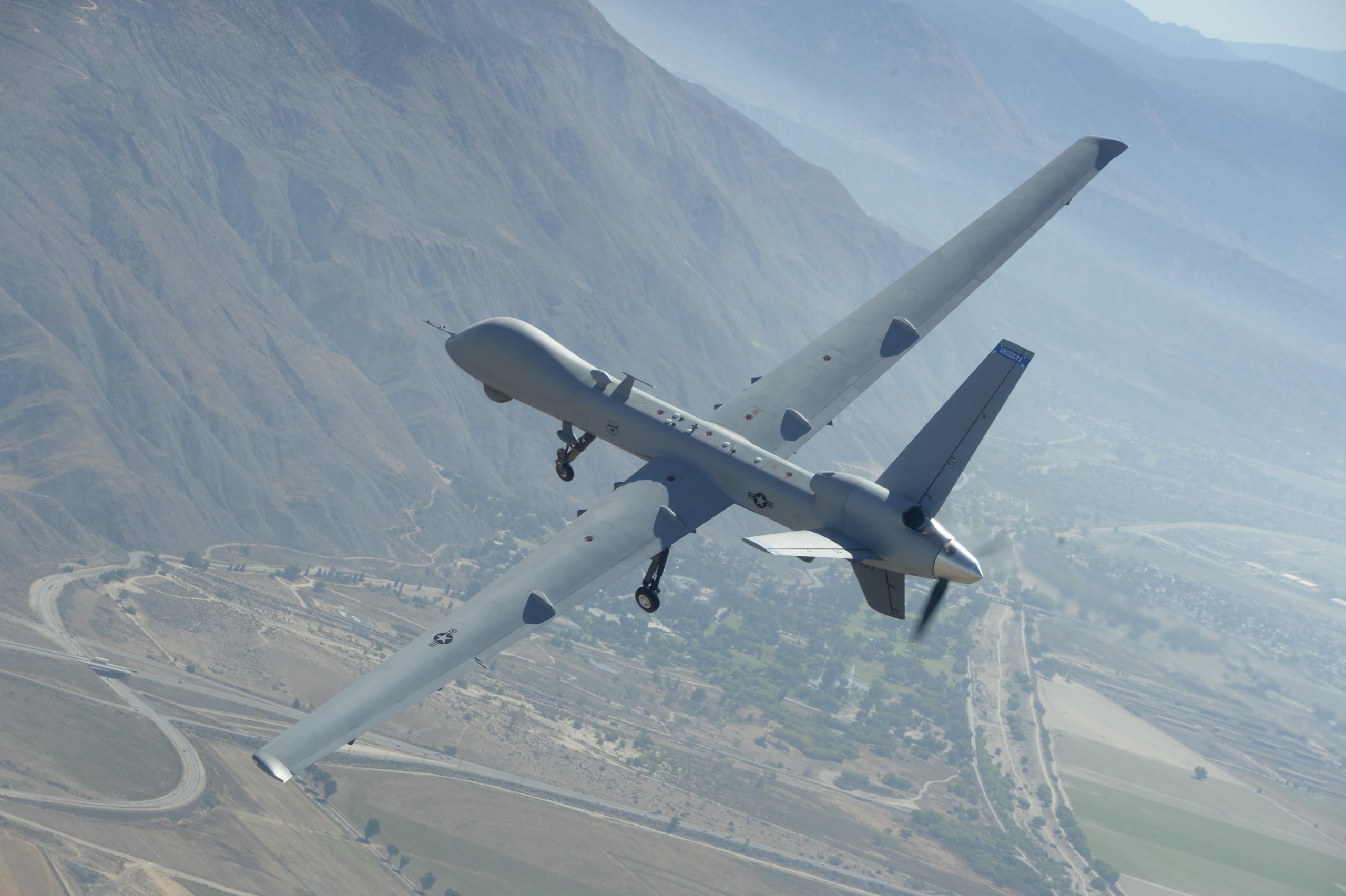 The flights provided firefighters with real-time images of the fire unlike any they'd ever seen. The fire was the largest in the history of the Sierra Nevada, and threatened Yosemite National Park.

At the time, the approval for the unprecedented request of this kind of use of a military drone took three days, but once fielded, the images produced by the flights proved invaluable.

Fast-forward to the present day, where massive wildfires are rampaging across Northern California’s wine country. On Oct. 10, California Gov. Jerry Brown declared a ninth county to be in a state of emergency due to the marauding wildfires. Defense Secretary Jim Mattis quickly approved the request for the 163rd, now designated as the 163rd Attack Wing, to operate an MQ-9 Reaper remotely piloted aircraft in the effort to combat the wildfires.

After receiving the request for the drones to operate in an area more than double the size of the 2013 fire — and not just for designated sorties, but for round-the-clock operations — the Federal Aviation Administration followed with their own authorization within three hours. The wing's first Reaper took off an hour later.

The comfort level for this type of mission is increasing within the Defense Department and civilian agencies, said Air Force Brig. Gen. Dana Hessheimer, who relinquished command of the 163rd Attack Wing mid-mission, and now serves as the director of the Joint Staff of the California Military Department.

Hessheimer said the impressive turnaround from notification to launch speaks to the wing's emergency preparedness at a time when the Reapers were scheduled to be inoperable for an entire day due to regular maintenance.

"For us to ramp up and, no kidding, get ready to launch in four hours when we didn't have maintainers at the wing and it wasn't a scheduled 'fly' day, well, that was pretty amazing,” the general said. “And that is a tribute to the crews and the 163rd itself."

Hessheimer added, "The wing responded extremely well on this because they knew how bad it was up north. Doing our Title 32 [state] mission and helping the people of California was their priority. Nobody said, 'No.' They said, 'We'll keep pressing ahead and let you know when we're comfortable with the takeoff time.' We haven't missed a beat since we started."

"It was a full team effort," said Air Force Lt. Col. Micaela Brancato, deputy commander of the 163rd Mission Support Group. "Typically in the past, it's been a 16-hour turnaround for tasking like this and we did it in five. When the tasking came down, people were more than willing to step up and make it happen. They know how important it was to the state as well as to the entire enterprise of remotely piloted aircraft, because this is really proving concepts of how you can use this platform to help here at home."

That maintenance-turnaround feat speaks to a milestone the wing reached earlier this year under Hessheimer's command. He prioritized a transition of the wing's remotely piloted aircraft flight operations from the Southern California Logistics Airport in high-desert Victorville — the base from which the Predator launched in 2013 — to March Air Reserve Base, 60 miles east of Los Angeles. The complicated move took years to accomplish, in part because it meant the drones would be operating in the proximity of one of the nation’s busiest airports.

“The maintainers would have needed another hour and a half just to get to SCLA," Hessheimer estimated. "Flying out of March gave us the ability to reduce our response time."

"Firefighters want to know the perimeter of the fire so they could compare how it's spread since the last time they checked and where it spreading,” Flowers explained. Beyond that, he said, the FEMA mission recruited the Reapers' Synthetic Aperture Radar, a sensor not available in 2013. Flowers suggests that fighting the fires at home will help the wing fight future wars abroad, by increasing operators’ expertise at employing SAR.

"The American people need to understand that the Reaper is not just a hunter-killer," Brancato said. "This is a very capable asset that really can help, whether it's disaster [relief] or search and rescue [missions].”