One of the largest joint combat search and rescue exercises in the Pacific region, Exercise Pacific Thunder 18-1, kicked into full swing yesterday at Osan Air Base, South Korea.

One of the largest joint combat search and rescue exercises in the Pacific region, Exercise Pacific Thunder 18-1, kicked into full swing yesterday at Osan Air Base, South Korea. 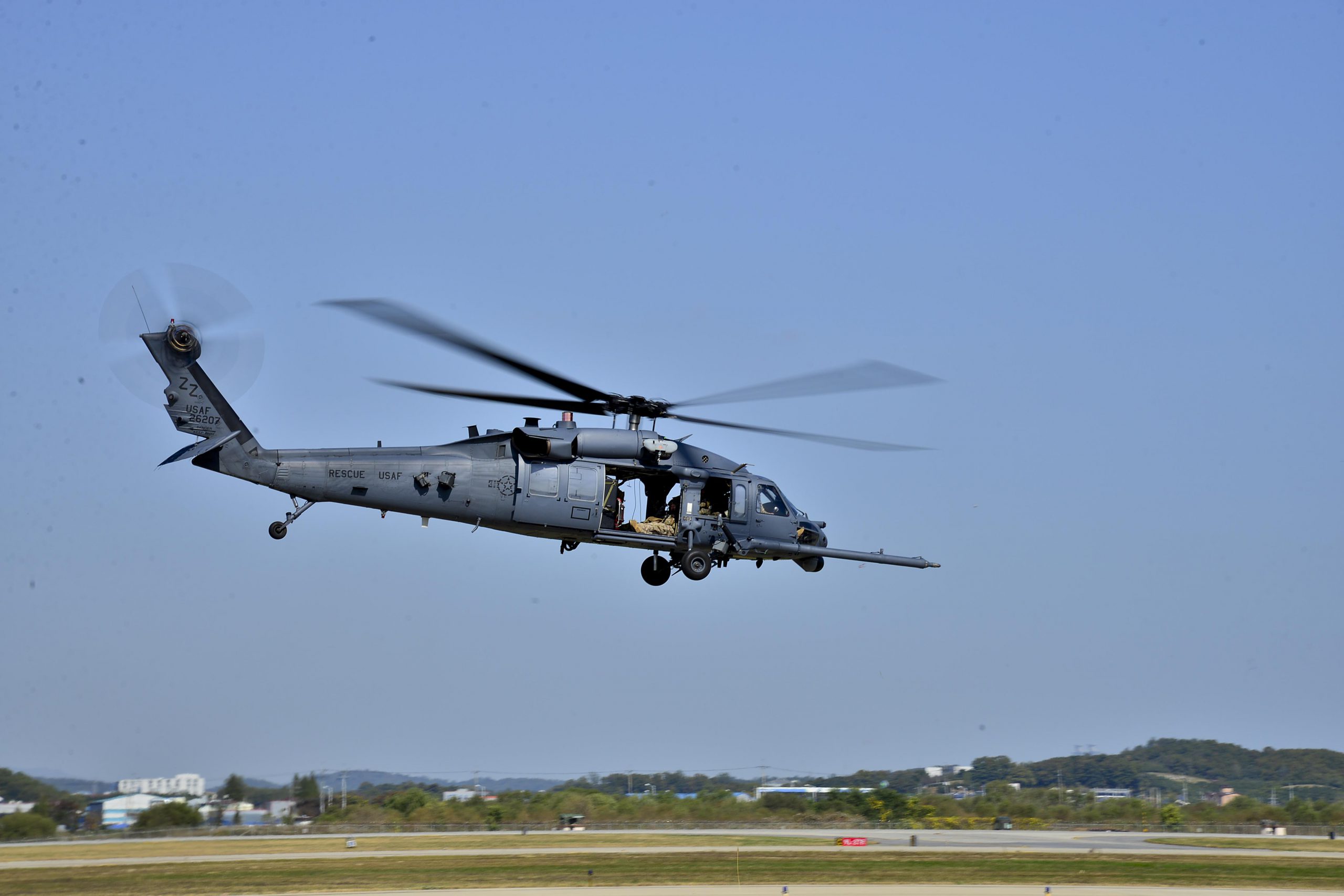 This year, the exercise is the largest it has ever been. More than 20 U.S. Air Force squadrons and nine South Korean air wings are involved, giving the 25th Fighter Squadron and the 33rd and 31st Rescue Squadrons opportunities to train in simulated combat search and rescue missions all while working alongside their South Korean counterparts.

“Combat search and rescue is one of the most important mission sets we have in the A-10 community because we are really the only fixed-wing asset in the Air Force who trains to the CSAR mission,” Vayda said. “We are the close muscle, so essentially we are the bodyguards of the person on the ground and the helicopters that are rescuing them. Obviously in a CSAR [situation], you don’t want to have another type of shoot down or anything happen.”

During the exercise, the 33rd Rescue Squadron is able to directly work with A-10 pilots from the 25th Fighter Squadron, a level of joint training that both units typically have to simulate.

“The realism of the exercise gives us an opportunity to really see how the 25th FS operates,” said Air Force Capt. Dirk Strykowski, the 33rd Rescue Squadron’s HH-60 Pave Hawk flight lead. “Back in Kadena, we pretend as best we can to know what these guys are going to sound like on the radio, what calls they’re going to make and what kind of information they are going to provide, but being able to come up here and refresh what that’s actually going to be like is probably the biggest take away from the exercise.”

To make the exercise even more realistic, pararescuemen and survival, evasion, resistance and escape personnel from the 31st Rescue Squadron are not only participating in rescue missions, but also role-playing as isolated personnel.

“The intent of this exercise is to train like you fight, and we are trying to replicate that as best we can,” Strykowski said. “We have a lot of support from our pararescue and SERE. They’re out there on the ground now pretending to be downed pilots. So every step of the way, we are making it as realistic as it can get.”