While in 7th Fleet, the Nimitz Carrier Strike Group (NIMSG) is scheduled for a port visit and will be ready to support operations throughout the AOO before transiting back to their respective homeports. 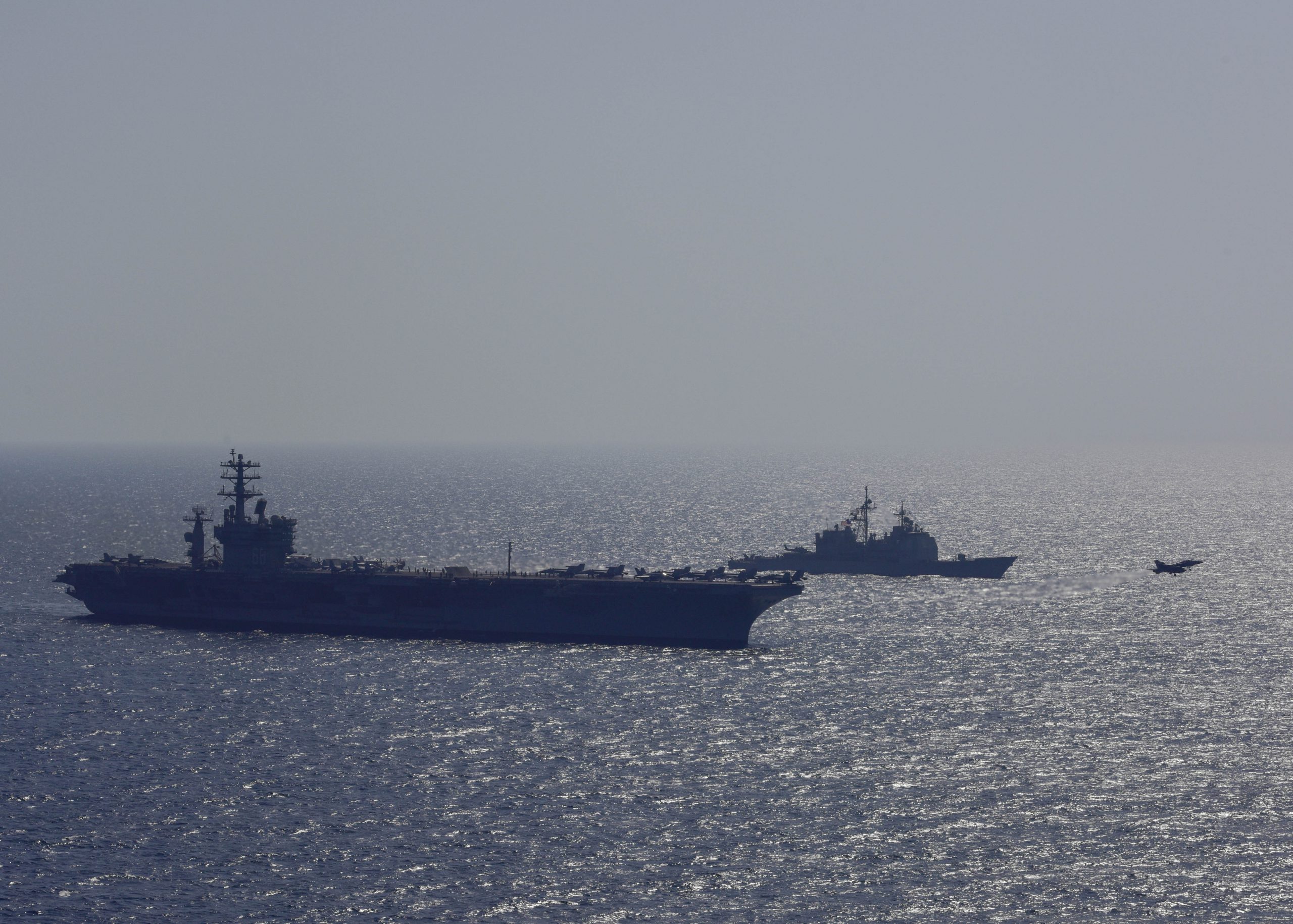 "The impressive dedication and resolute commitment to professionalism by the Nimitz crew while supporting day and night flight operations as well as the dedication our cruisers and destroyers was vital to promoting the free flow of commerce and enhancing our ties with allies and partners," said Rear Adm. Gregory Harris, commander of CSG-11. "They performed flawlessly in extremely austere conditions maintaining an incredible spirit that was awe-inspiring. I am eager to see what this team does in the next phase of our journey and welcome the opportunity to serve with such a fine group of Sailors and Marines."

Nimitz is currently on a regularly scheduled deployment in the U.S. 7th Fleet AOO. The U.S. Navy has patrolled the Indo-Asia Pacific routinely for more than 70 years promoting regional peace and security.