At the Annual Air and Space Conference, Air Force Secretary Heather A. Wilson details changes designed to drive the Air Force forward and priorities that include restoring readiness and cost-effectively modernizing.

Air Force Secretary Heather A. Wilson spoke today at the Annual Air and Space Conference here, detailing changes designed to drive the Air Force forward and priorities that include restoring readiness and cost-effectively modernizing the force. 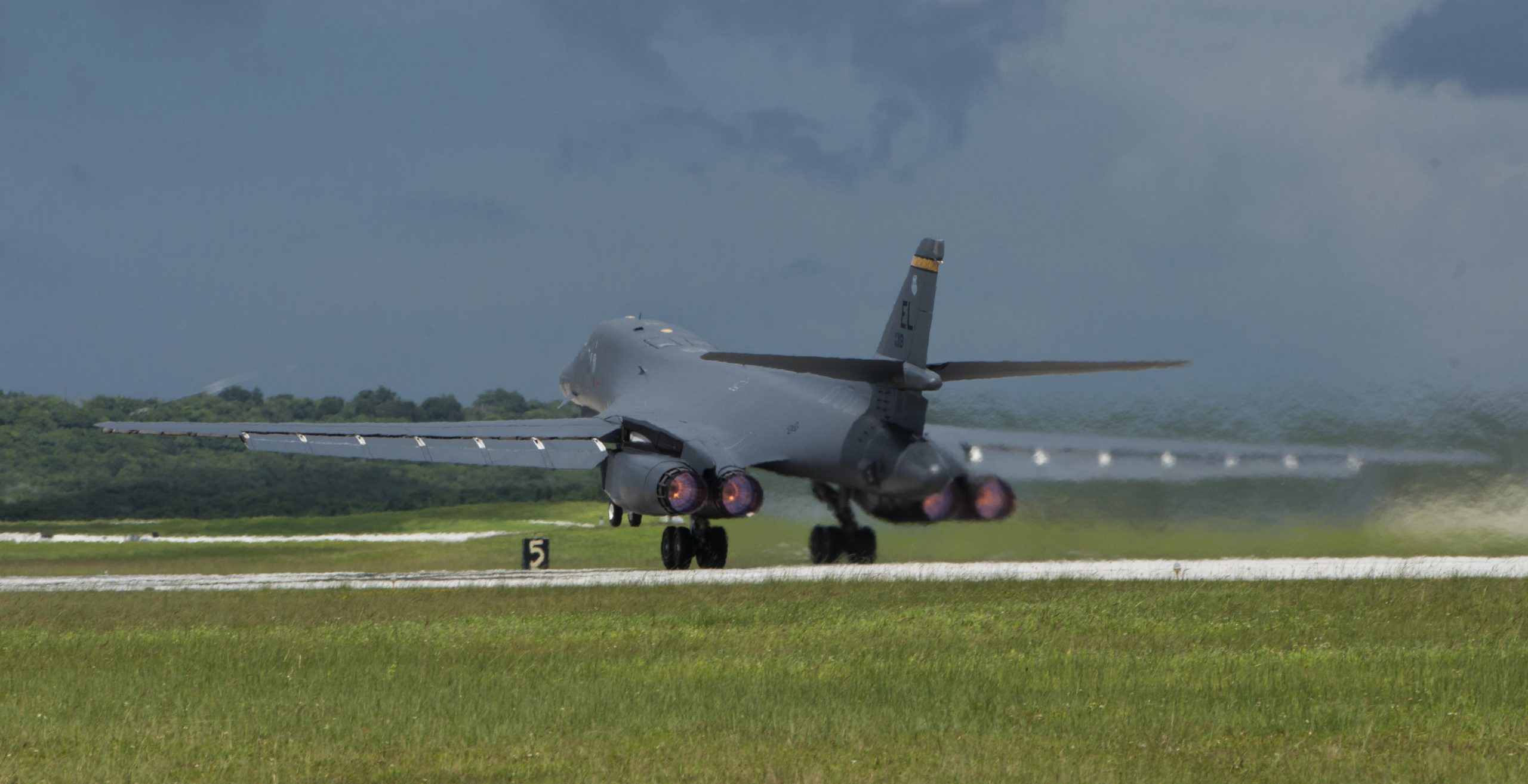 At the conference, sponsored by the Air Force Association, Wilson outlined the state of the force.

“Now that I've been here in this seat for four months … there are some things we've done to drive forward the U.S. Air Force,” Wilson said.

The Air Force has put forward a budget that begins to restore the force’s readiness so it can win any fight, any time, she added.

“We're moving forward with the modernization of our strategic nuclear deterrent with the KC-46 [Pegasus] tanker, the B-21 [Raider] bomber [and] the F-35 [Lightning II] fighter so that we can increase the lethality of the force, and we’ve established a new deputy chief of staff for space,” Wilson said.

"We have a live-fly experiment with four light-attack aircraft … and we've started to simplify Air Force instructions and policies so that we stop telling airmen how to do everything," she said to a burst of applause, " … and tell them what to do and let them surprise us with their ingenuity."

The Air Force also recently hosted a workforce summit to chart a course for developing exceptional leaders who will lead the world's most powerful teams, Wilson said, and it has raised incentive pay for officers and enlisted aircrew and expanded the aviation bonus program.

“We're off to a good start but there's much more to do,” the former Air Force pilot added.

The Air Force has established priorities driven by the needs of the nation, she said, among them restoring readiness to win any fight, any time.

“Readiness is first and foremost about people,” Wilson added. “We've got to be bigger in order to meet the demands of the missions we've been given. The chief and I will work on steadily increasing our end strength in order to defend the nation.”

Readiness is also about training, she said.

Air crews must get the time they need for training in contested environments and for the high-end fights and nuclear deterrence missions the force will be testing them on, Wilson said. 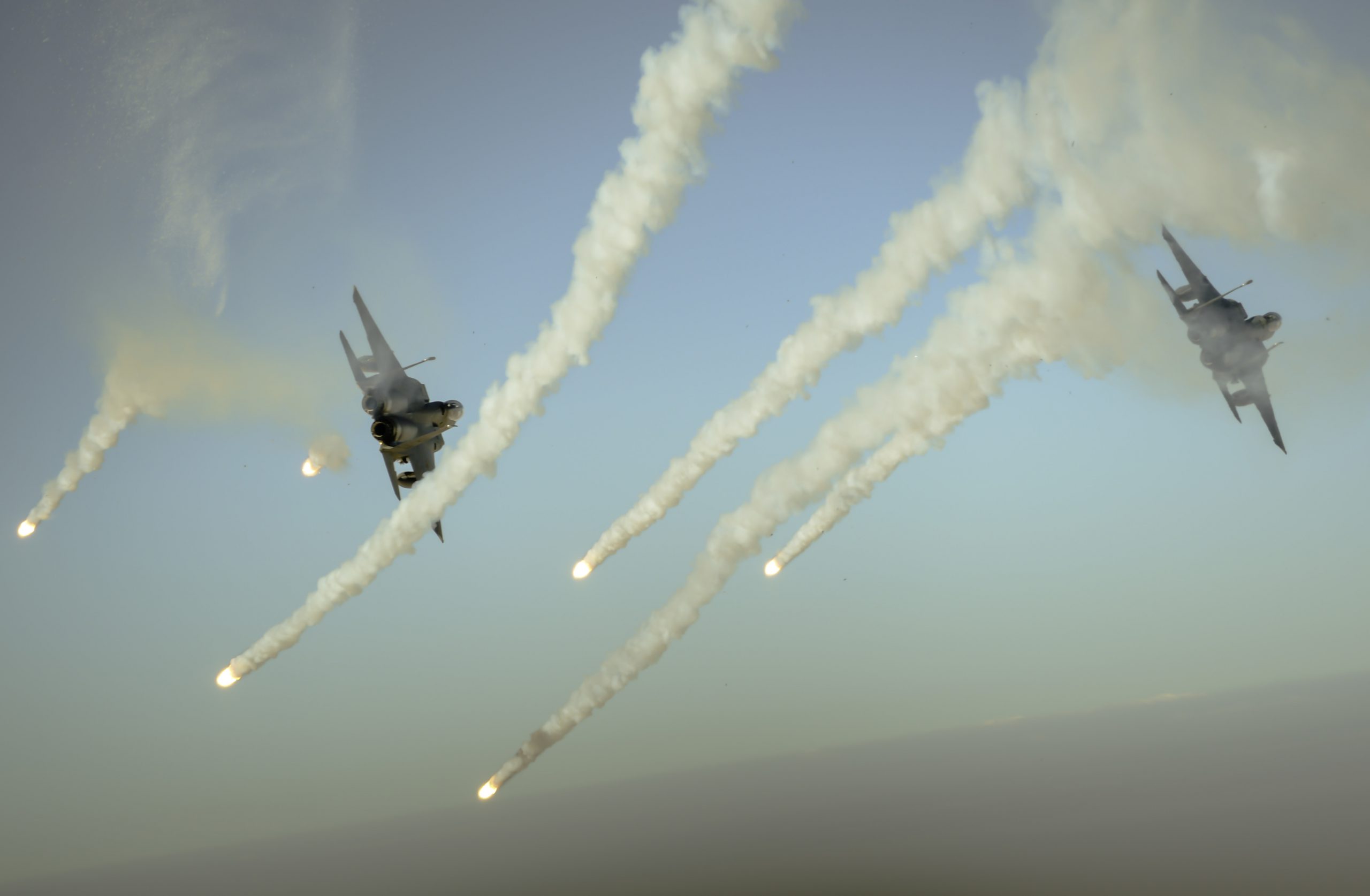 Training and exercises must continue to challenge Air Force men and women across the range of operations, she said, “which means we have to get larger in order for them to be ready for that fight.”

And readiness includes restocking the decreasing supply of munitions, she added.

“While the precision of our weapons is unparalleled, we are using critical munitions faster than we are producing them,” Wilson said, “ … The Air Force has expended more than 54,000 precision munitions against [the Islamic State of Iraq and Syria] since 2014.”

Precision weapons have changed the way the U.S. military fights, she said, and these weapons and “exquisite intelligence allow us to destroy our enemies while minimizing casualties. We will continue to work closely with our industry partners to manage production.”

Wilson said another priority for the Air Force is to modernize — cost-effectively — to increase the lethality of the force.

“The average age of our aircraft is 28 years old. We have to be able to evolve faster, to respond faster than our potential adversaries. We’ve got a bow wave of modernization coming across the board for the Air Force over the next 10 years — it's bombers, it's fighters, it's tankers, it's satellites, it's helicopters and it's our nuclear deterrent,” she said.

Such modernization must start with getting acquisition right — being a good buyer for what warfighters need, she added.

“The first squadron of fully capable F-35s is activating this month at Hill Air Force Base [in Utah]. … That squadron has the full range of weapons and sensors and is ready to go when the nation calls,” Wilson said.

“The long-range B-21 bomber is another step forward … it supports the nuclear triad, it's designed to penetrate enemy air defenses in a high-end fight and it has an open architecture go support new technologies long term. It has completed its preliminary design review and is developing on track,” she said.

Wilson also is focused on space. The Air Force has been the lead service for space since 1954, she said.

“As the principal Defense Department advisor with respect to space,” Wilson added, “I will continue to advocate for space capability for all of our services and in particular the Air Force.”

This year the Air Force established a new three-star deputy chief of staff for space operations, she said, who will “bring a voice to the space warfighter in every conversation in headquarters Air Force.”

She added, “The chief and I expect this position to quickly identify requirements, to streamline operations and to meet the demands of space as a war-fighting domain.”

Spacefaring nations like the United States must seek to ensure that space capabilities are protected, Wilson said.

“The 2018 president's budget proposes a 20 percent increase to Air Force space systems,” she said. “We will continue to accelerate space capabilities so that America will continue to own the high ground.”

From time to time it is important to refresh the service’s science and technology strategy, the secretary said, to project ahead 10 or 20 years into the future to see what kind of Air Force might exist at that time.

“Today I am announcing a 12-month effort to conduct a broad review and revision of our science and technology strategy,” Wilson said.

The Air Force Research Laboratory will lead this effort with input from the Air Force Scientific Advisory Board and the National Academies of Sciences, Engineering and Medicine.

“We will listen broadly and engage those who are on the cutting edge of science so that we can focus our research efforts on the pathways that are vital to our future as a service,” Wilson said.