The United States has maintained a strong military presence in the Pacific and will continue to do so for the future, Marine Corps Gen. Joe Dunford, chairman of the Joint Chiefs of Staff’ says.

Joint Base Pearl Harbor-Hickam, Hawaii — (DoD News) — February 9, 2018 — It is somehow appropriate that the chairman of the Joint Chiefs of Staff’s latest visit to the Pacific ends here, where the history of America’s involvement in the region is in a nutshell. 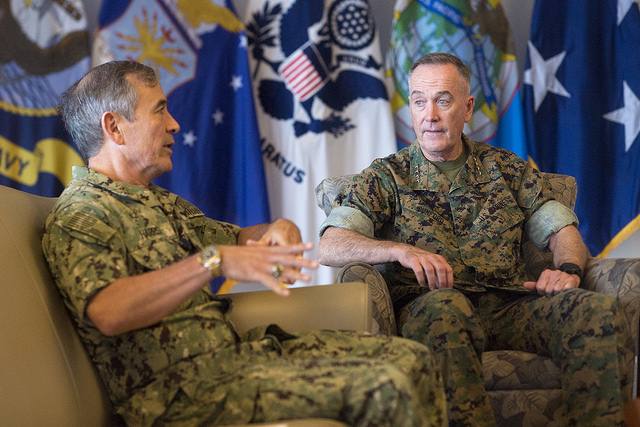 Chinese propagandists insist the United States is a declining power in the Pacific, no longer able to safeguard the rules-based international order that has provided security, stability and economic progress for the region since World War II. They say they have a better way to go – so long as you do exactly what they tell you.

A visit to the USS Arizona Memorial in Pearl Harbor is a lesson to those who underestimate U.S. commitment to the region.

The memorial is bestride the wreckage of the battleship Arizona – sunk in the opening moments of the Japanese attack on the Pacific Fleet on Dec. 7, 1941. A total of 1,177 sailors and Marines died in the explosion on the Arizona and 38 sets of brothers and one father and son were killed in the attack. 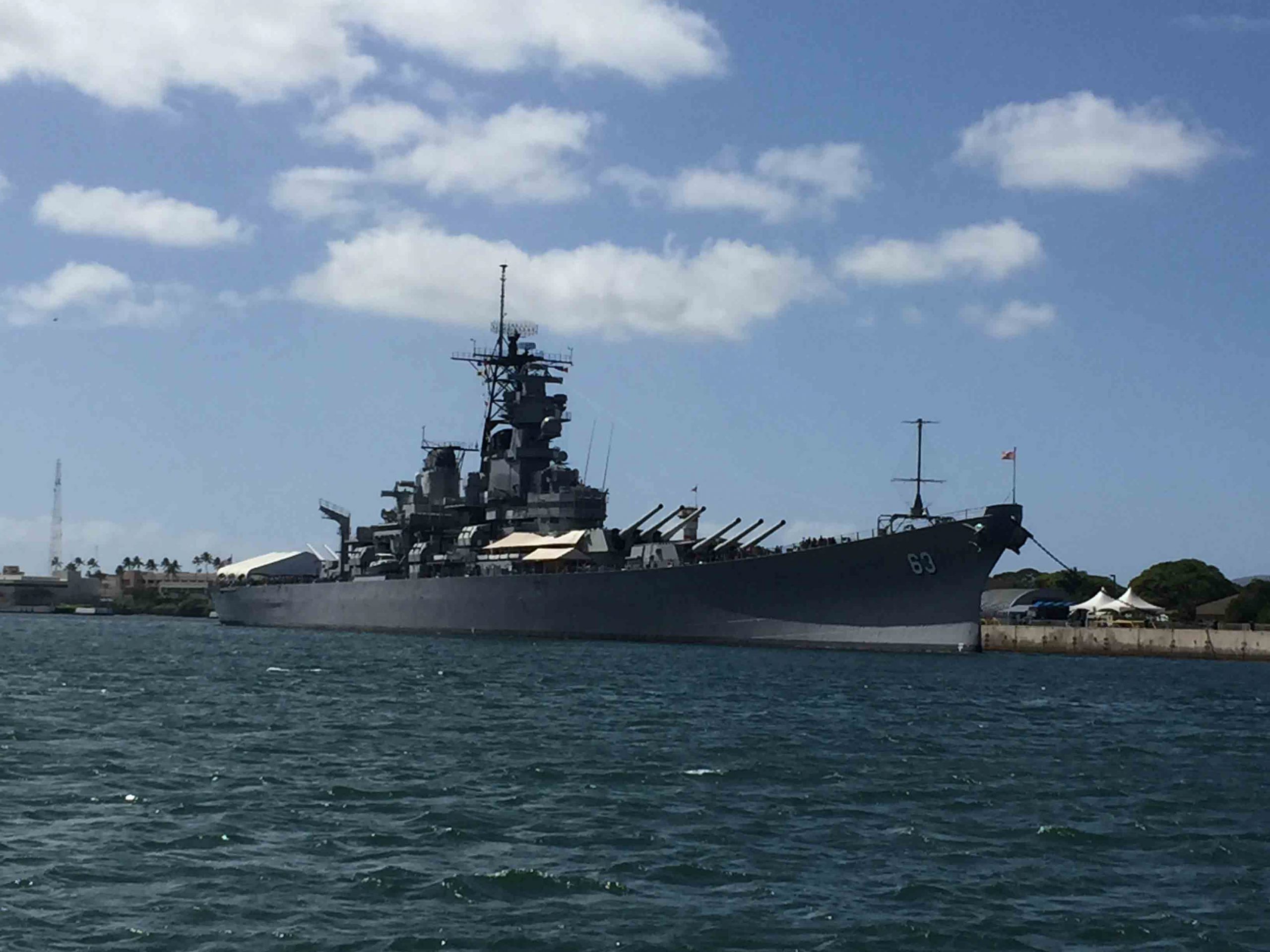 The USS Missouri, moored 500 yards from the USS Arizona Memorial, was the site of the Japanese surrender in 1945. The ship is a testament to America’s will as a Pacific nation. DoD photo by Jim Garamone.

Moored 500 yards astern of the Arizona is the USS Missouri. On the deck of that battleship, U.S. and allied leaders watched as Japanese officials surrendered on Sept. 2, 1945.

Since then, the United States has maintained a strong military presence in the Pacific and will continue to do so for the future, Dunford said.

The rules-based international order has allowed all nations in the region – including China – to prosper. The United States is very much invested in the region politically, economically and militarily. President Donald J. Trump, Vice President Mike Pence, Secretary of State Rex Tillerson, Defense Secretary James N. Mattis and the chairman have made repeated trips to allies and partners in the region. 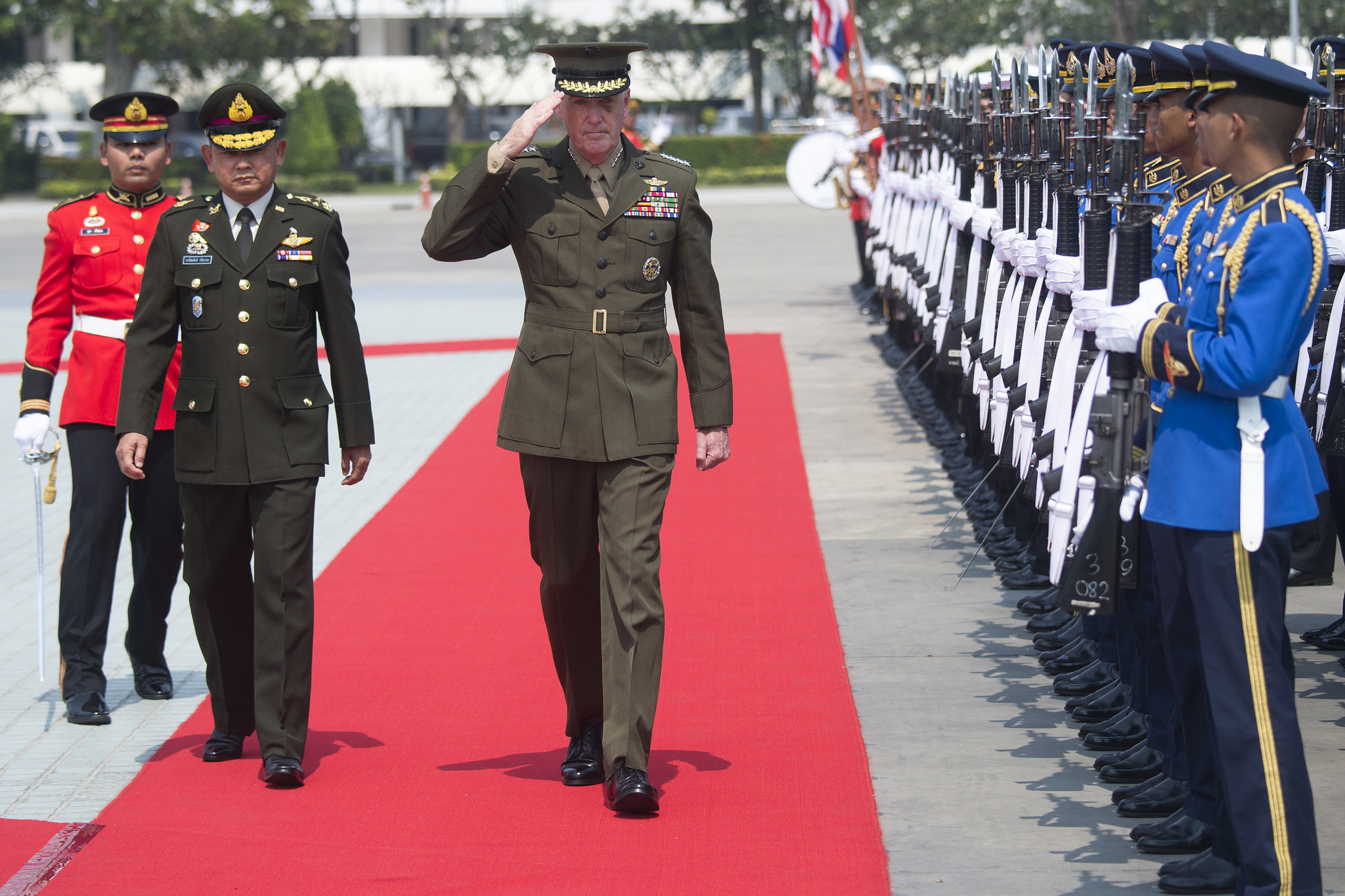 Some 50,000 U.S. service members are based in Japan, and 28,000 Americans are ready to “fight tonight” alongside their South Korean allies. U.S. service members provided enablers to the Philippine armed forces as they battled Islamic State of Iraq and Syria-affiliated groups in the city of Marawi.

U.S. Marines are rotating in and out of Darwin, Australia. The U.S. and Japanese governments are investing millions in upgrading military facilities in Guam and on the Japanese island of Okinawa. Even on Wake Island – with a total U.S. military garrison of four – is looking to the future, as it is a test bed for missile defense.

The bottom line is that the United States is able to meet its alliance commitments in the Pacific, Dunford said in an interview with reporters traveling with him. 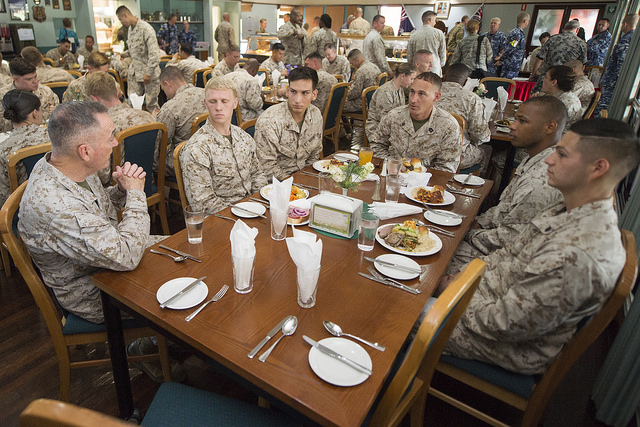 From a security perspective, the U.S. presence “is underlying the rules-based international order that for the last 70 years everybody has benefited from,” he said. “And what we’re doing now is we’re modernizing our force, we’re modernizing our presence in the region, and we’re enhancing our relationships in the region to ensure that we have another 70 years of peace in the rules-based international order.”

Pacom has 60 percent of the entire U.S. Air Force dedicated to it. The U.S. Navy will soon have 60 percent of its capabilities in the region. The U.S. Army Pacific has been upgraded to four-star level, and the service is also putting significant resources into the region. 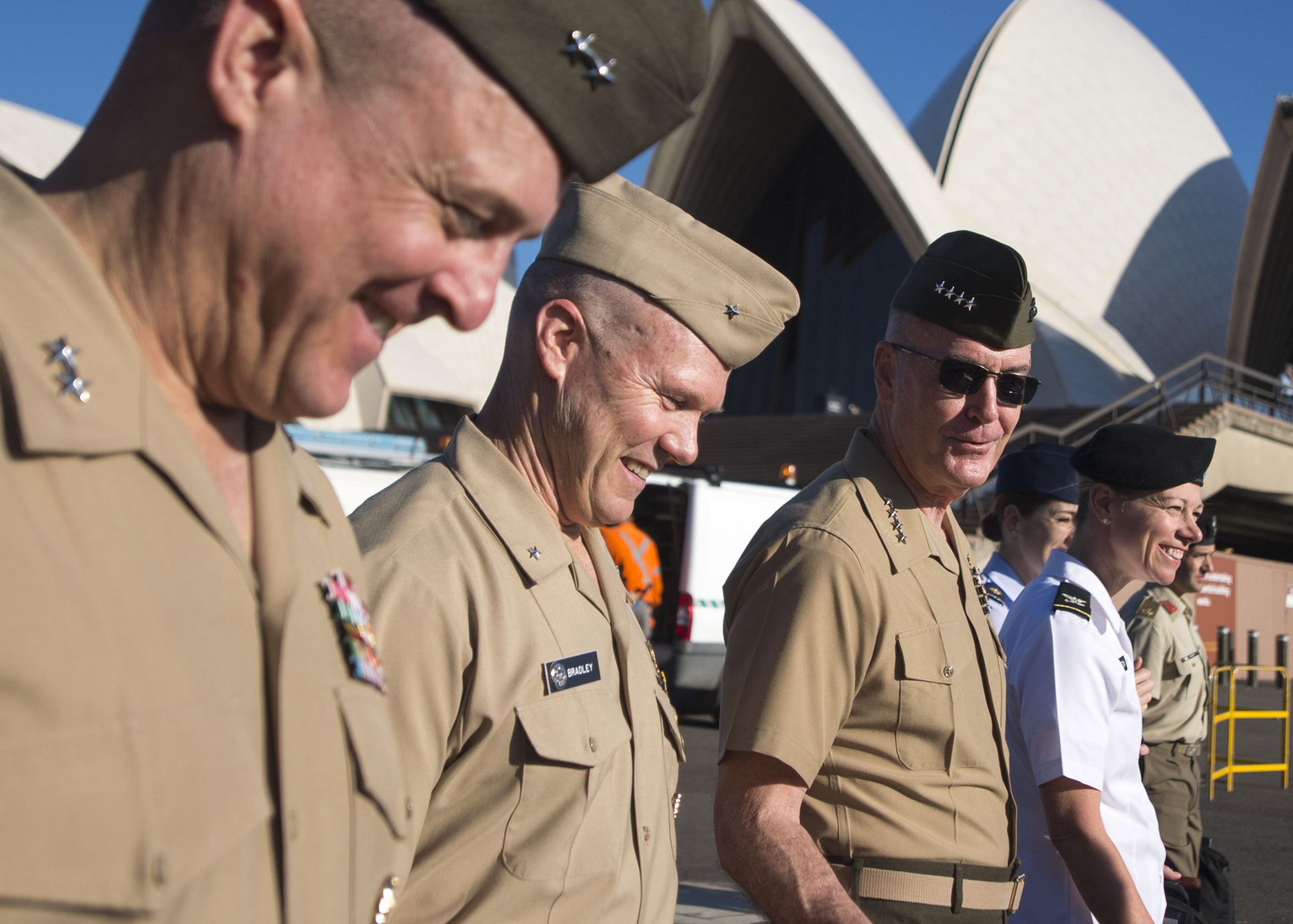 The network of allies and partners developed since the end of World War II is dedicated to the rules-based international order. “They don’t want ‘might to equal right,’” Dunford said. “They want there to be a set of international standards and norms that are enforced by the international community’s collective coherent response. That’s what our relationships here in the region are all about.”

And no one should underestimate the quality of America’s military. “One of the more important things for military power is human capital,” Dunford said. “And it’s the education of that capital, it’s the flexibility of that … human capital. And when I look at our noncommissioned officers as an example compared to any autocratic nation, the degree of initiative our junior people have, the degree of education that they have, and the competence they have is unmatched.”

Others understand this. He noted that at the end of the Cold War, the former Warsaw Pact countries focused on developing junior officer and noncommissioned officer corps “that had the kind of initiative and flexibility that ours does,” the chairman said.

“So I think when it comes to military effectiveness — equipment aside, from a human capital perspective — I think there’s a strong argument to be made that a liberal democracy produces a stronger leadership corps with the kind of qualities that they have to have to deal with the uncertainty and the chaos of combat.”