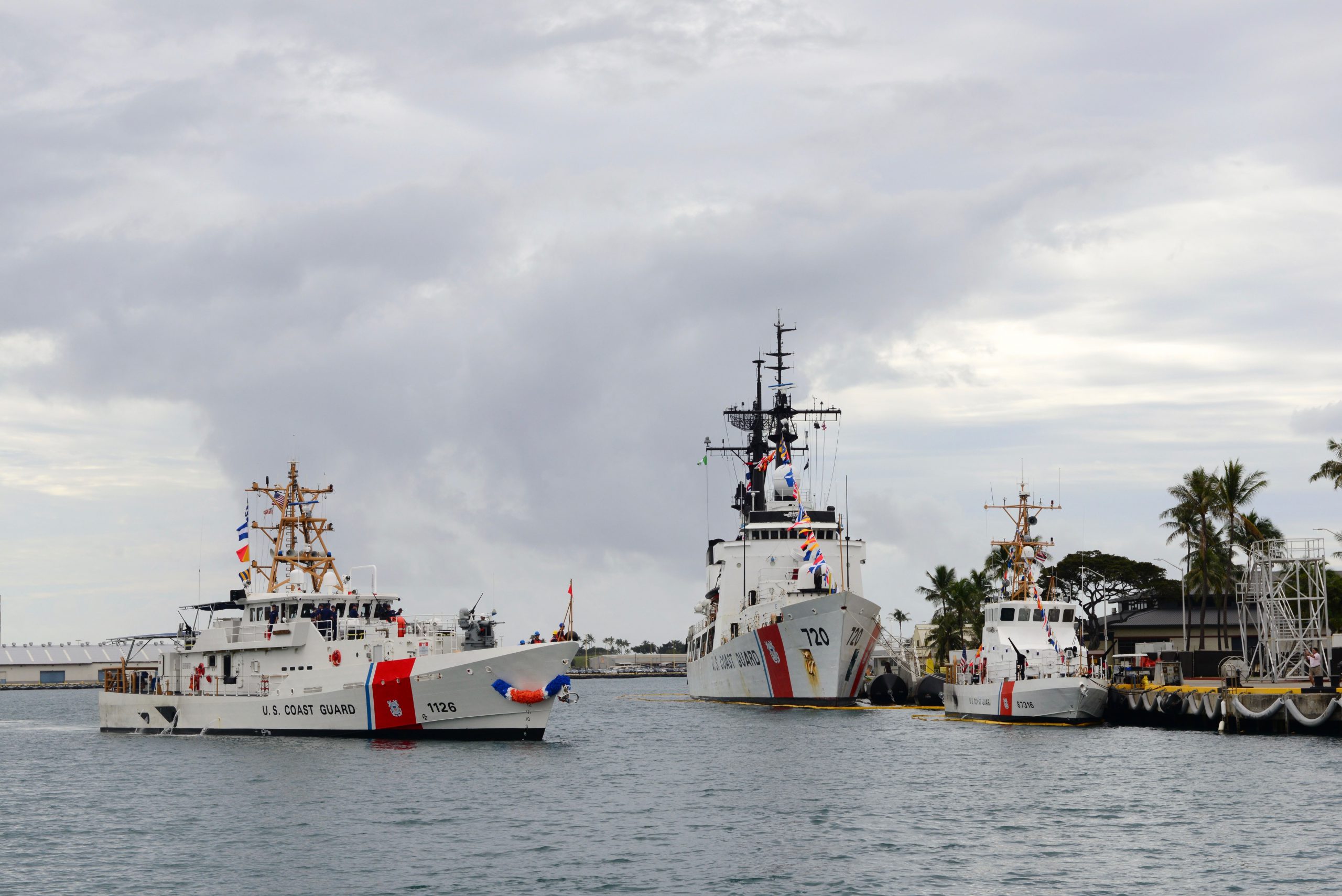 The cutters are designed to patrol coastal regions and feature advanced command, control, communications, computers, intelligence, surveillance and reconnaissance equipment, including the ability to launch and recover standardized small boats from the stern.

The Gerczak and its sister cutters will primarily serve the main Hawaiian Islands, officials said.

Joseph Gerczak, the cutter’s namesake, was killed during World War II while defending the tank landing ship USS LST-66 from Japanese bombers during an American assault on Borgen Bay in New Britain, Dec. 26, 1943. Gerczak was the first to react when the enemy bombing began. He shot down two of the attackers before he was fatally wounded by shrapnel from an explosion.

By his expert marksmanship, unwavering perseverance, and cool courage in the face of tremendous odds, Gerczak contributed to the success of this and previous assault and reinforcement landings during the New Guinea campaign. He was posthumously awarded the Purple Heart and the Silver Star medals, as well as a presidential unit commendation awarded to the crew of LST-66 for their actions in the battle.

The Coast Guard is acquiring 58 fast-response cutters to replace the 110-foot Island-class patrol boats. They are designed to perform multiple missions, including search and rescue, fisheries enforcement, drug and migrant interdiction, ports, waterways and coastal security and national defense.

The Coast Guard took delivery of the Gerczak on Nov. 9 in Key West, Florida. The vessel’s crew then transited more than 8,400 miles to Hawaii.

Three fast-response cutters stationed here by the spring of 2019. These cutters, with their improved effectiveness in search and rescue, will make the waters around the main Hawaiian Islands a safer place for recreational boaters and users of the waterway, officials said.

The new vessels improve on-water presence with each cutter providing over 7,500 operational hours, a 40 percent increase over the 110-foot patrol boats.

A commissioning ceremony is scheduled March 9.