About future and pending aviation shortfalls: A shortage of pilots across the U.S. military is most acute in the Air Force, senior military officials told Congress yesterday.

A shortage of pilots across the U.S. military is most acute in the Air Force, senior military officials told Congress yesterday. 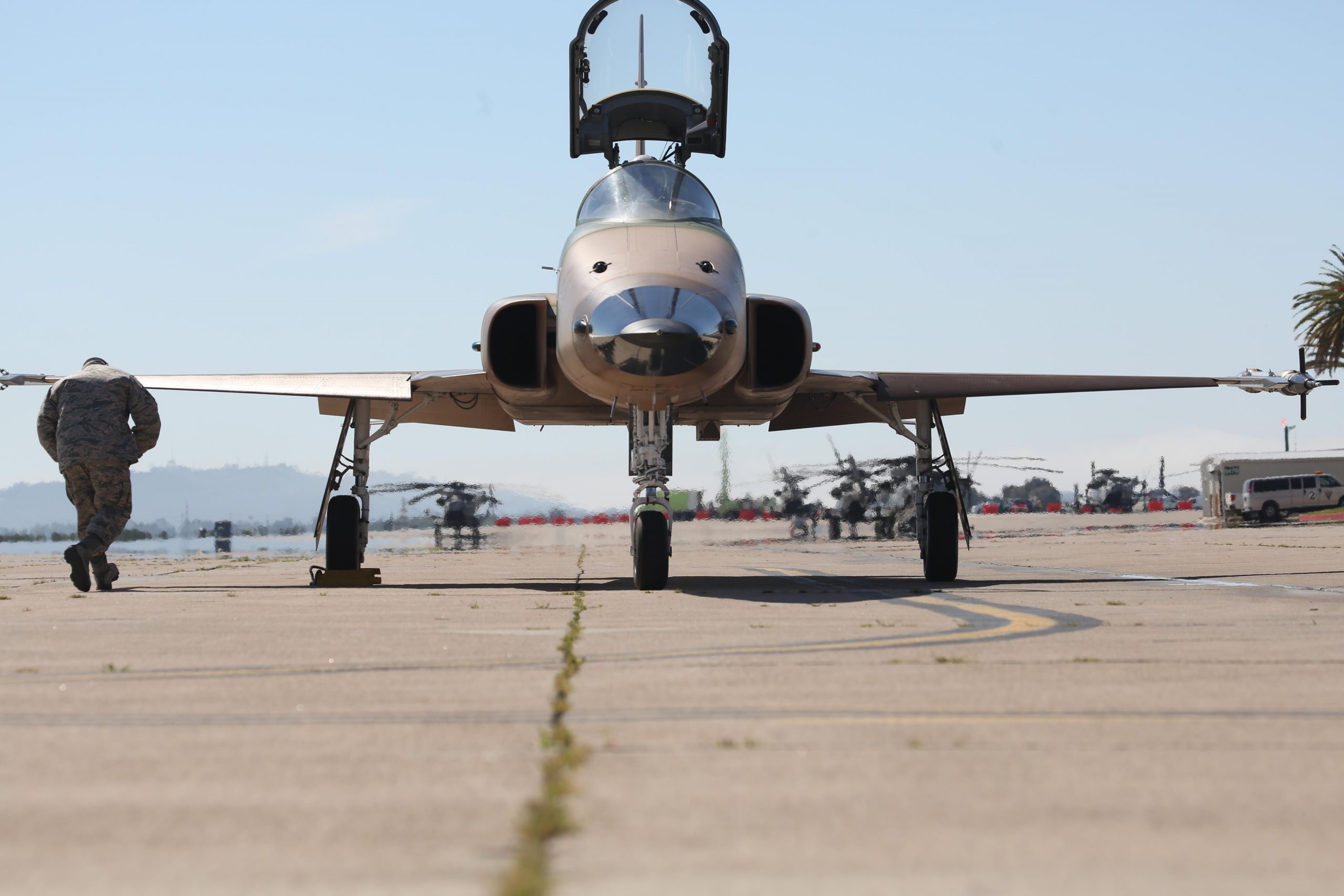 Grosso said sustained global commitments and recent funding cuts affect the Air Force’s capability to wage a full-spectrum fight against a near-peer adversary. She noted that due to an upcoming surge in mandatory retirements for commercial airline pilots and an increasing market for global commerce, the civilian aviation industry has begun hiring at unprecedented rates.

“This confluence of circumstances has birthed a national aircrew crisis. This crisis is the result of multiple factors: high operational tempo over the last 26 years, a demand for our pilots from the commercial industry, and cultural issues that affect the quality of life and service for our airmen,” she said.

At the end of fiscal year 2016, Grosso said, the Air Force active and reserve components were short a total of 1,555 pilots, including 1,211 fighter pilots. The cost to train a fifth-generation fighter pilot, she noted, is around $11 million.

“A 1,200 fighter pilot shortage amounts to a $12 billion capital loss for the United States Air Force,” she said.

The Air Force will take a three-pronged approach to the shortage crisis, the general said: reduce requirements, increase production and increase retention.

Nonmonetary inducements — such as outsourcing administrative duties to give pilots more time to fly — as well as an aviation bonus of $35,000, are part of the Air Force’s approach to the crisis, Grosso said, adding that the service will keep exploring ways to bolster retention.

“The Air Force is committed to a holistic strategy to maintain our pilot inventory as we face external and internal challenges,” she said. “While we aggressively pursue creative means to respond to the demands on our pilots, our attention will be focused on developing an agile set of solutions.”

Burke said naval aviation is strong, with “the most capable air force in the world.”

The Navy’s military and civilian aviation workforce numbers more than 190,000 and it includes 10,250 Navy pilots and flight officers, the admiral said. About 3,700 Navy aircraft support worldwide, carrier-based and expeditionary missions, including combat operations, he added.

Maintaining a strong workforce is key to the Navy sustaining peak combat readiness, the admiral said.

“Our ability to attract and retain the very best young men and women our nation has to offer is central to maintaining aviation personnel readiness,” Burke told the panel. But recruiting and retention are becoming increasingly complex, he said, because of increasing demand in the private sector, particularly in the commercial airline industry.

“Such challenges are further exacerbated by low stocks of critical spare parts and an aging shore infrastructure,” he said. “While our ‘first team’ on deployment is always ready, our bench — the depth of our forces at home — is thin and is growing increasingly frustrated.”

Burke emphasized that readiness relies on “sufficient and predictable funding.” Beyond that, he said, “we’ll continue to aggressively pursue resolution of aviator retention challenges through effective and responsible use of available resources, and refinements to our plans and processes for recruiting, developing, retaining and addressing the quality-of-service needs of our aviators.”

Brilakis said Marine Corps aviation is experiencing a shortage of trained aviators. Gaps are most prevalent in “specific platforms … [and] the necessary qualifications of our enlisted maintenance personnel,” he said.

Addressing those issues, along with aircraft readiness issues, is a priority, Brilakis told the subcommittee. “Aviation readiness in the form of ready, basic aircraft and the resources to operate them throughout the year is the single most important factor in alleviating our aviation manpower challenges and contributing to retention,” he added.

Brilakis said the Marine Corps vigorously attacks recruiting for all occupational fields, and noted that the effort is particularly important in the aviation field “due to the time and expense required to train these Marines.”

“We will continue to closely monitor the trends of our aviators and will take action should we begin to see a retention problem,” he said.

Operational demands and several years of fiscal constraints have made it necessary for the Army to prioritize short-term readiness over long-term recruiting and training, he said. “We simply could not afford to train the number of new pilots we need to sustain a healthy force,” he added.

Peterson said fully resourcing the Army flight school, while not a quick fix, will help to reverse the training shortfall. “It will require consistent funding at increased levels to be successful,” he added. In addition, the general said, the Army will increase its active-duty aviation warrant officer training classes by about 170 students annually.

“In summary, we are addressing our pilot manning challenges while simultaneously meeting our enduring requirements,” Peterson said.

He told the subcommittee the Budget Control Act of 2011, which imposes across-the-board spending cuts in the absence of an approved budget, poses a threat to the Army’s plans.

The Army has the authorities needed to improve retention, training numbers and accession, he said, but “sustained, predictable, on-time funding and relief from the Budget Control Act are vital to any enduring solution that we attempt to apply.”