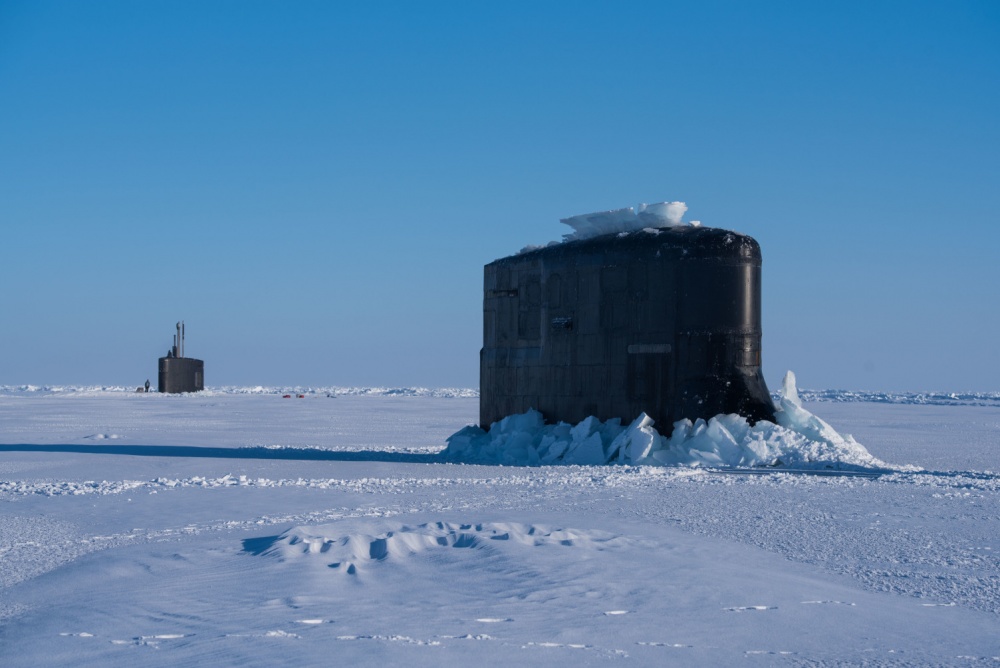 Both submarines, as well the U.K. Royal Navy submarine HMS Trenchant, are participating in the biennial exercise in the Arctic to train and validate the warfighting capabilities of submarines in extreme cold-water conditions.

“From a military, geographic, and scientific perspective, the Arctic Ocean is truly unique, and remains one of the most challenging ocean environments on earth,” said Navy Rear Admiral James Pitts, commander of the Undersea Warfighting Development Center.

ICEX provides the U.S. submarine force and partners from the British navy an opportunity to test combat and weapons systems, sonar systems, communications and navigation systems in a challenging operational environment, officials said. The unique acoustic undersea environment is further compounded by the presence of a contoured, reflective ice canopy when submerged.

According to Pitts, operating in the Arctic ice alters methods and practices by which submarines operate, communicate and navigate.

“We must constantly train together with our submarine units and partners to remain proficient in this hemisphere,” Pitts said. “Having both submarines on the surface is a clear demonstration of our proficiency in the Arctic.” 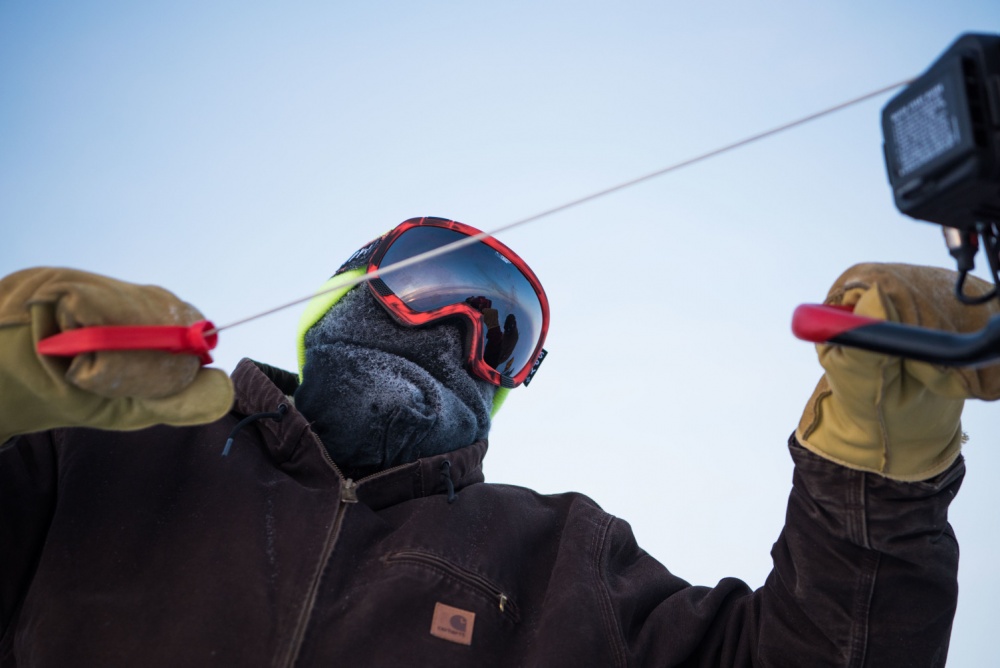 In recent years, the Arctic has been used as a transit route for submarines. The most recent ICEX was conducted in 2016 with the U.S. submarines USS Hampton and USS Hartford.

The first Arctic under-ice operations by submarines were conducted in 1947-49. On August 1, 1947, the diesel submarine USS Boarfish, with Arctic Submarine Laboratory's founder Waldo Lyon serving onboard as an ice pilot, conducted the first under-ice transit of an ice floe in the Chukchi Sea.

In 1958, the nuclear-powered submarine USS Nautilus made the first crossing of the Arctic Ocean beneath the pack ice. The first Arctic surfacing was done by USS Skate in March 1959. USS Sargo was the first submarine to conduct a winter Bering Strait transit in 1960.

The units participating in the exercise are supported by Ice Camp Skate, a temporary ice camp on a moving ice floe approximately 150 miles off the coast of the northern slope of Alaska in international waters.

The ice camp is a remote Arctic drifting ice station built on multiyear sea ice especially for ICEX that is logistically supported with contract aircraft from Deadhorse, Alaska. The camp will close once the exercise is over.

Submarine Force Pacific officially kicked off Ice Exercise 2018 in the Arctic Ocean with the construction of temporary Ice Camp Skate off the northern Alaskan coast and the arrival of two U.S. Navy fast-attack submarines and one British Royal Navy submarine.