Arctic Edge 2018 is a unique opportunity that has brought more than 1,500 U.S. military personnel from 20-plus units together to train in arctic conditions throughout the Alaska range.

The U.S. military conducts mission-based training events year-round, but Arctic Edge 2018 is a unique opportunity that has brought more than 1,500 U.S. military personnel from 20-plus units together to train in arctic conditions throughout the Alaska range. 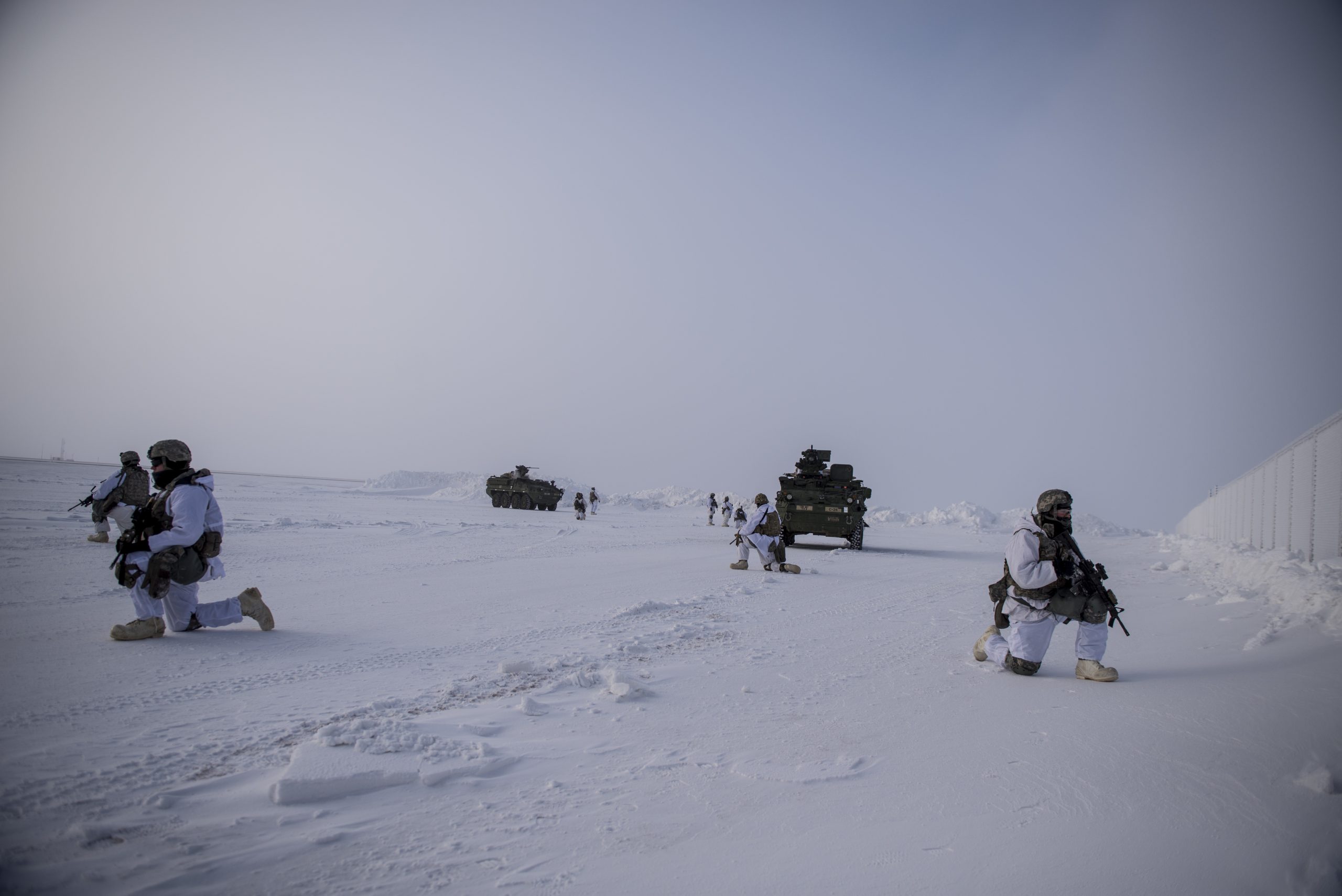 Soldiers provide overwatch during a deployment of Stryker armored vehicles

“It’s a chance for us to get up here in these extreme conditions and conduct training to make sure the equipment is working, and we are keeping those skill sets sharp,” said the director of operations for Joint Special Operations Task Force Alaska.

Names, ranks and service affiliations of special operations service members involved with the exercise are not included in this story for operational security and privacy reasons.

Conducting long-range movements in severe weather over treacherous terrain with limited visibility is challenging for even the most experienced operator. The teams have endured sub-zero temperatures and near whiteout conditions since the first team deployed March 7.

During the evolution, one advanced operating base team and two operational detachment alpha teams — which consist of both mobility- and mountain-trained personnel — were deployed to Alaska’s Utqiagvik and Anaktuvuk Pass. So far, the teams have completed long-range ground and air infiltration events, which included an airdrop of equipment as well as reconnaissance and direct-action operations. The teams also used new communication systems to enhance their capabilities in a cold-weather environment.

The company operations officer said the biggest obstacle the teams have overcome is identifying and, in some cases, developing new equipment needed for operations in such austere environments.

“We have guys in Anaktuvuk and we have guys in Barrow, two completely different terrains, and it requires two different load-outs,” he said. “So, [we’re] finding the solutions for equipment and getting people to understand that there is no one-size-fits-all [packing list].”

“It’s cold in Colorado,” the operations officer said, “but we don’t deal with the temperatures that they deal with up here. So the ability to come up here and train in Alaska is phenomenal.”