MultiSail is an opportunity for Destroyer Squadron 15 ships like Mustin to exercise warfare skills with other 7th Fleet ships and our Japanese allies. 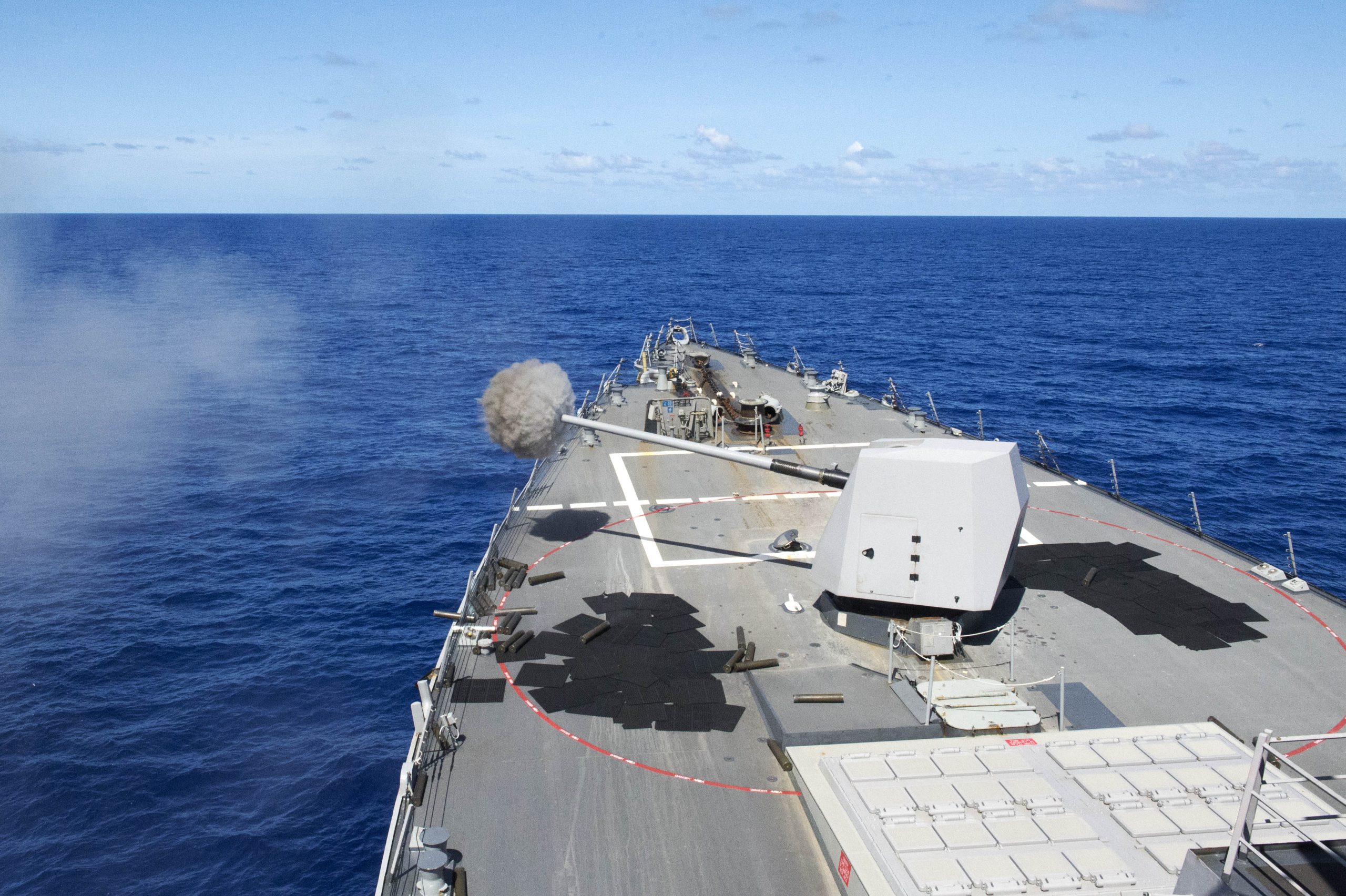 MultiSail is an annual combined training exercise designed to increase readiness and interoperability between U.S. Navy and Japan Maritime Self-Defense Force units with a focus on improving skills such as tracking and defeating submarines, engaging surface forces, live fire exercises and navigational maneuvers. MultiSail 2018 took place March 8-14 off the coast of Guam.

"MultiSail is an opportunity for Destroyer Squadron 15 ships like Mustin to exercise warfare skills with other 7th Fleet ships and our Japanese allies," said Destroyer Squadron 15’s commander, Navy Capt. Jonathan Duffy. "It has been superb training being able to operate with live submarines, fire missiles, and practice advanced tactics at sea. My staff and I have been very lucky to sail in Mustin as the [Destroyer Squadron] 15 flagship for the exercise."

To improve interoperability with Japanese counterparts, the USS Mustin and Japan Maritime Self-Defense Force destroyer JS Fuyuzuki exchanged personnel during the exercise to better understand how each unit operates.

"To keep international peace and security, the Japan-U.S. alliance takes an important role," said JMSDF Ensign Syuhei Kimura. "It is a great opportunity for me to serve as the liaison officer on the USS Mustin."

"Participating in … MultiSail 2018 is a great experience for our sailors to practice true warfighting skills with our JMSDF counterparts on the open seas," said Navy Cmdr. Ray Gamicchia, Mustin's executive officer. "This exercise provides an invaluable opportunity annually to continuously hone our skills and further our relations with the Japanese military."

Coordinating with the other vessels engaging in the exercise, Mustin works with all units to smooth out the timeline of events for MultiSail 2018.

The missile exercise portion of MultiSail gives participating units an opportunity to test and fire surface-to-air missiles targeting a remote control long-range drone at sea. Mustin successfully tracked, targeted and destroyed a drone with a Standard Missile 2 during the exercise.

MultiSail trains and improves leadership at all levels, including individual proficiency, and sharpens command and control skills while challenging participants to adapt to changing conditions as part of a combined force.

Units and personnel from the U.S. Navy and the Japan Maritime Self-Defense Force are participating in the annual bilateral training exercise MultiSail 2018, in the Pacific Ocean.

Defense leaders remain focused on efforts to strengthen relationships and modernize U.S. alliances in the Indo-Pacific region as a priority for 21st century security interests and sustaining U.S. global leadership.