Earlier this month Defense Secretary Ash Carter’s new Defense Innovation Board recommended to the department several novel practices for improving innovation at the Pentagon, and today he announced that he would implement three of them.

Earlier this month Defense Secretary Ash Carter’s new Defense Innovation Board recommended to the department several novel practices for improving innovation at the Pentagon, and today he announced that he would implement three of them. 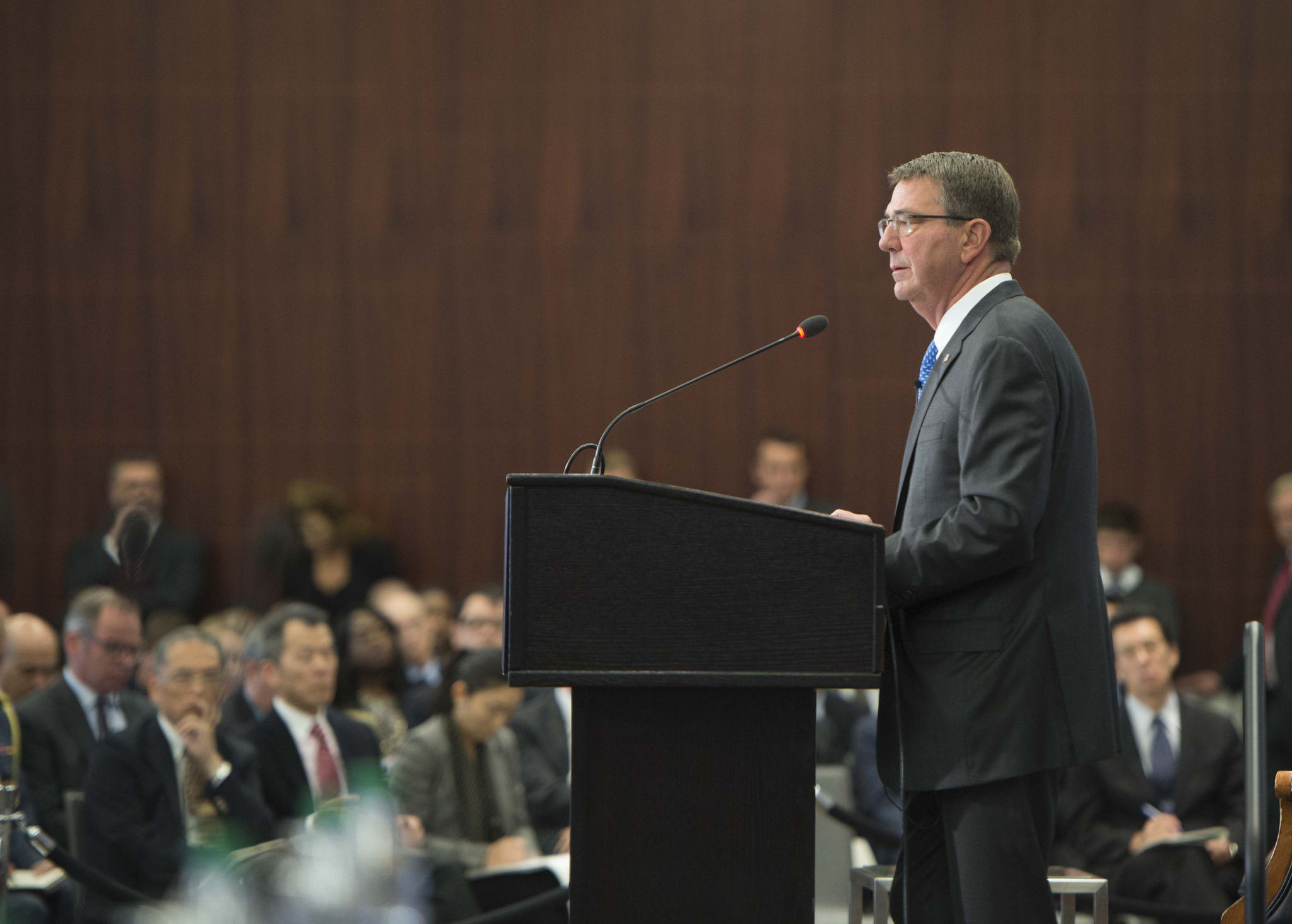 He was speaking at the Center for Strategic and International Studies’ event, Assessing the Third Offset Strategy, a forum during which department leaders discussed the DoD drive to identify next-generation concepts and capabilities that will assure U.S. military superiority over the next several decades.

“I’ve charged them and the rest of the board to help keep DoD imbued with a culture of innovation — to support innovators themselves, the people in our defense enterprise who are willing to try new things, fail fast and iterate, and to make sure we’re always doing everything we can to stay ahead of our competitors,” Carter told the CSIS audience.

First, Carter said, the department will increase its focus on recruiting talented computer scientists and software engineers into the military and civilian.

“We’ll do this through targeted recruiting initiatives ranging from our reserve officer training corps to our civilian scholarship-for-service program that’s intended to help build the next generation of DoD science and technology leaders,” the secretary added, “all with the goal of making computer science a core competency of the department.”

Second, he said, the department will invest more broadly in machine learning through targeted challenges and prize competitions, and through a virtual center of excellence model that establishes stretch goals and incentivizes academic and private-sector researchers to achieve them.

Third, Carter added, the department will create a DoD chief Innovation officer to act as a senior advisor to the defense secretary and serve as a spearhead for innovation activities, including for those suggested by the Defense Innovation Board and others.

These could include building software platforms and human networks to enable workforce-driven innovation across DoD at scale, sponsoring innovation contests and tournaments, and providing training and education that promotes new ideas and approaches to collaboration, creativity and critical thinking, Carter said.

“Many different organizations have recently embraced this position also have started to regularly run these kinds of innovation tournaments and competitions – including tech companies like IBM, Intel and Google — and it’s time we did as well,” he said, “to help incentivize our people to come up with innovative ideas and approaches and be recognized for them.”

Going forward, Carter said he’s confident that the logic behind the range of innovations he’s introduced over the past year will be self-evident to future defense leadership.

“But they also need to have the momentum and institutional foundation to keep going under their own steam and to continue to thrive,” the secretary said. “We must ensure they can keep leading the way and keep disrupting, challenging and inspiring all of us to change for the better.”

On the process of innovating in managing talent among DoD civilians and the all-volunteer force, Carter said people are the source of every innovative thing the department has ever done, is doing or will do.

“The good news is that there’s lots of opportunity here, as well as new techniques and technologies in talent management — such as the kind of advanced data analytics that underpin companies like LinkedIn. But there are also challenges,” he said.

Carter Lays Groundwork for ‘Force of the Future’

The department’s human resources technology has limitations as generations and labor markets change, Carter added, “so even as our force of today is outstanding, we must ensure that we continue to attract and retain the most talented young men and women that America has to offer in future generations of defense.”

To build what the secretary calls the force of the future, he’s announced four links so far. These involve the following actions:

— Building and increasing on-ramps and off-ramps for technical talent to flow in both directions — creating the Defense Digital Service, expanding the Secretary of Defense Corporate Fellows Program, and more;
— Increasing retention among the ranks through increased support to military families by, for example, expanding maternity and paternity leave, extending childcare hours on bases, and giving families the possibility of geographic flexibility in return for added service commitments;
— Making common-sense improvements to military talent management, particularly for the officer corps, including giving military services the authority to do things like expand lateral entry for more specialties and adjust lineal numbers based on superior performance; and
— For the DoD civilian force, making sure the department can directly hire civilian employees from college campuses, creating a new two-way civilian-talent-exchange program with the private sector, expanding the department’s scholarship-for-service program in mission-critical science, technology, engineering and mathematics fields, and more.