Defense Secretary Ash Carter and his mentor, former Defense Secretary William J. Perry, discussed the importance of innovation in defense during a talk at the Hoover Institution here today. 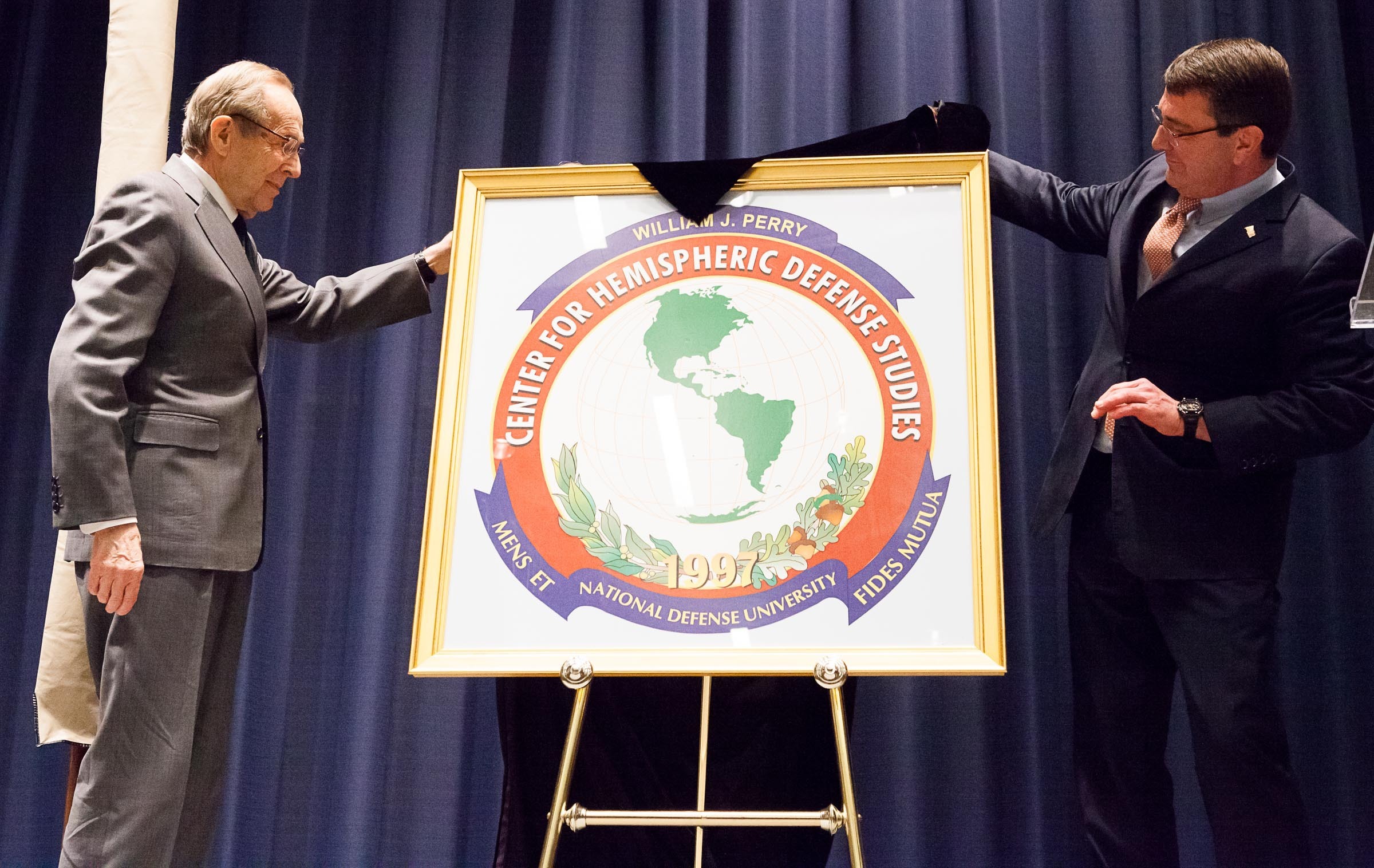 Carter said innovation will ensure the American military remains the best in the world.

Perry was instrumental in moving the Defense Department from vacuum tubes to solid-state electronics. He also ensured the transition at the end of the Cold War was peaceful.

The goal … is to make sure we remain the finest fighting force in the world,” Carter said. “We’re that today … because we have wonderful people and because of technology.”

In technical terms, the U.S. military is working to keep up with the times, he said. Cyber technology, automated systems and biological research will be necessary moving forward, the defense secretary said, noting that biological research “will be the revolution that comes after the information revolution … and we need to be there for that.”

Carter also must deal with what he calls a “stylistic change” from the time when DoD was the font of all funding and ideas for defense. That is not the case anymore, he said.

“The key is the private technology sector,” the defense secretary said. “It has always been our relationship with private industry that has been our channel through which we got the best technology,” Carter said.

“We have to have a new relationship with the dynamic, innovative culture of the United States that is different than when I started my career,” he added.

To connect to the innovative U.S. tech companies, the defense secretary established Defense Innovation Unit-Experimental outposts in California, Massachusetts and Texas, and he said he anticipates setting up more. These units are reaching out to young people who want to make a difference, Carter said. “We have to adapt, if we are going to draw them into our mission,” he said.

All this is necessary because the world of technology is moving too fast for the department’s existing processes, the defense secretary said. There will be systems, such as ships, that will take 10 years to develop, Carter said.

The wars since 9/11 have spurred the adoption of more agile systems, he said. “You can’t stand to not be there on time with something for somebody who is not getting ready for some hypothetical fight, they are actually fighting today,” the defense secretary said.