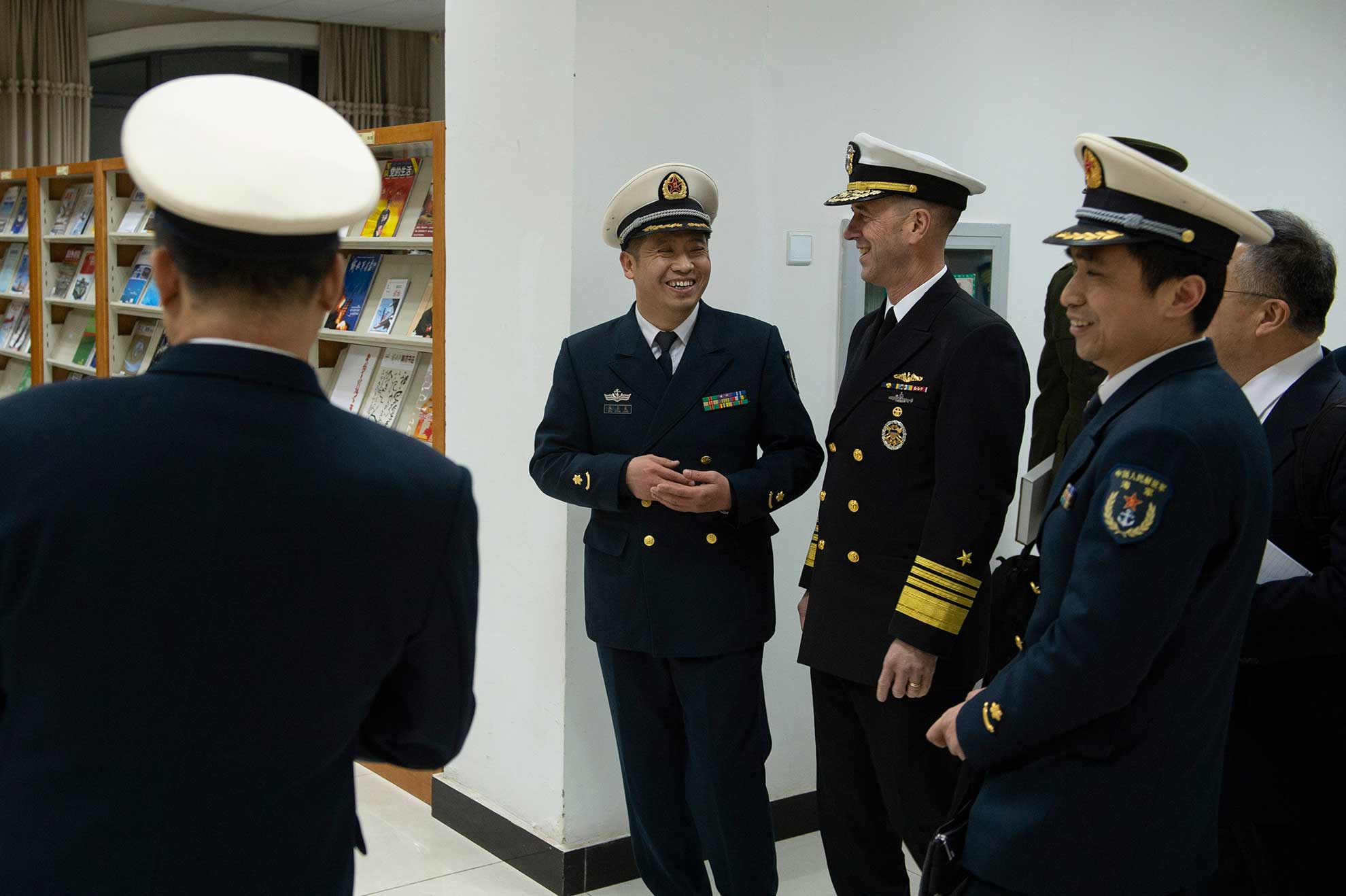 Richardson visited the People's Liberation Army (Navy) (PLA(N)) Command College for a roundtable discussion, where CNO underscored the importance of lawful and safe operations around the globe. He also reiterated that U.S. forces will continue to operate wherever international law allows–a point emphasized by U.S. officials during recent visits to Asia. 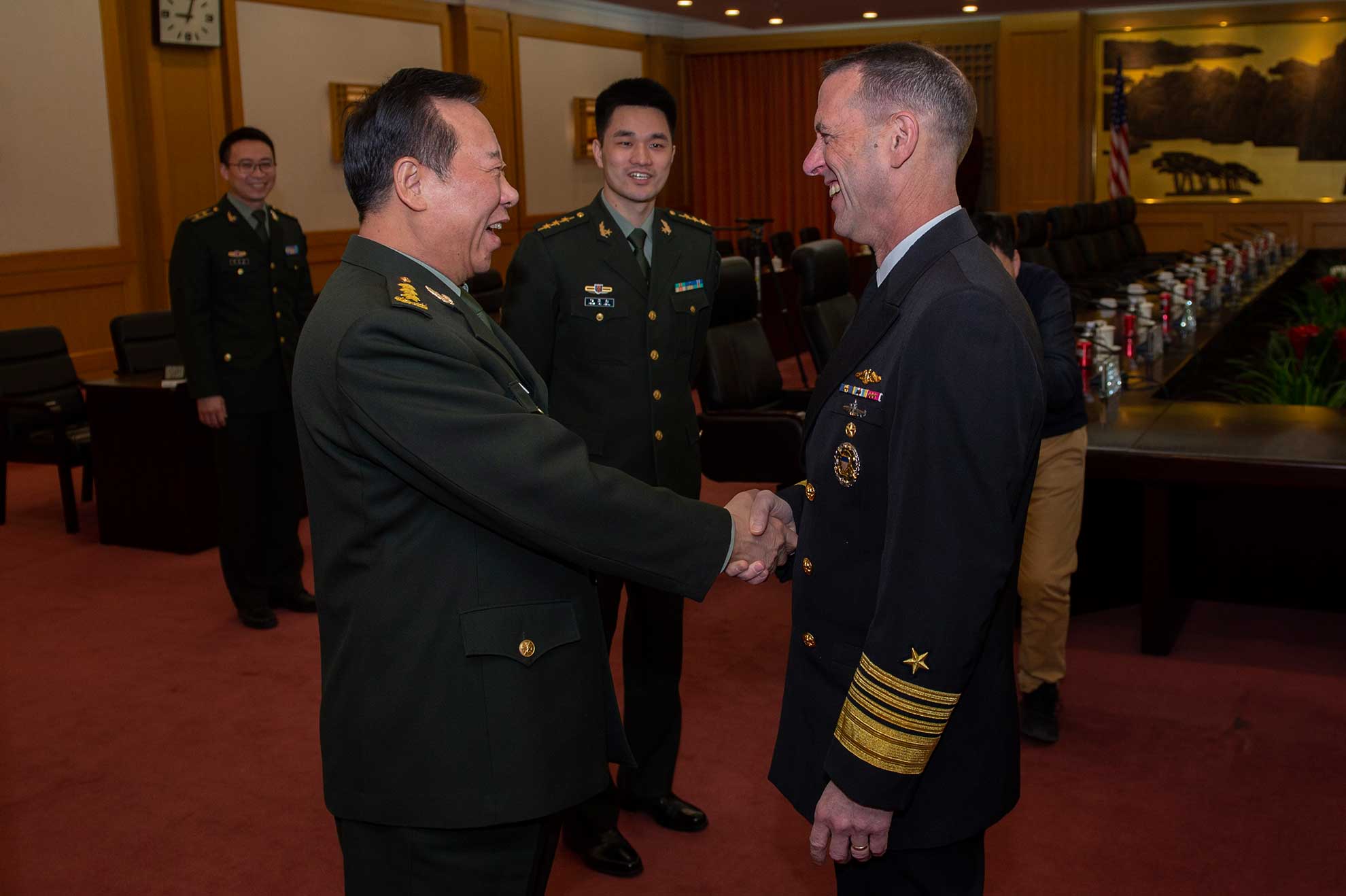 "The U.S. Navy will continue to conduct routine and lawful operations around the world, in order to protect the rights, freedoms and lawful uses of sea and airspace guaranteed to all," said Richardson. "This will not change. Enhancing the prosperity of all is the direct result of a secure and orderly maritime domain.” 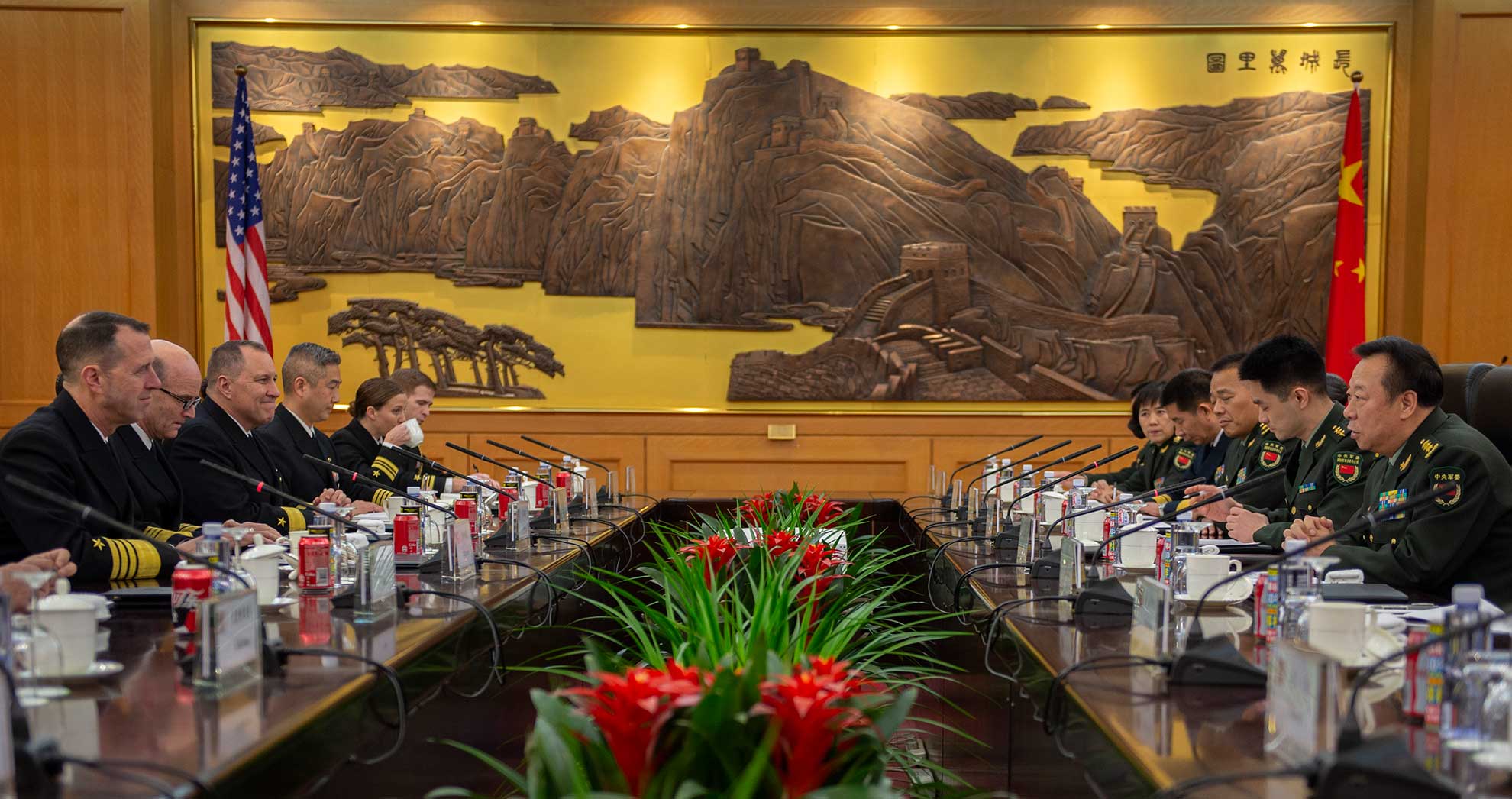 Richardson began the visit in Beijing where he met with PLA(N) Commander Vice Adm. Shen Jinlong; the two heads of navy had frank and substantive conversations on the importance of operating safely, in accordance with international law. They also discussed future opportunities for the two navies to engage. 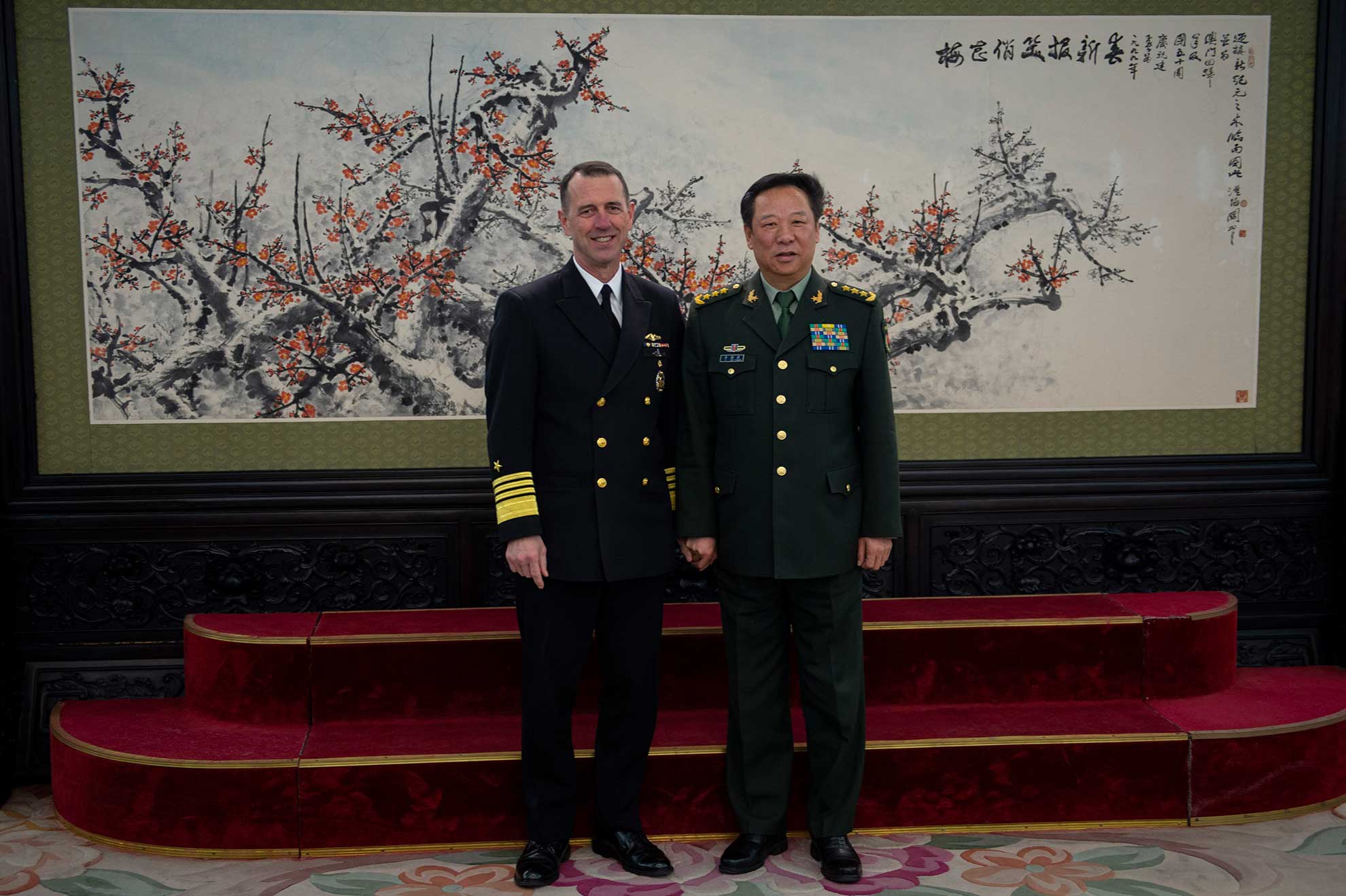 "It important for all military, law enforcement, and civilian vessels and aircraft, including those in the PLA Navy, the Chinese Coast Guard, and the People’s Armed Forces Maritime Militia, to operate in a safe and professional manner, in accordance with international law," said Richardson. "Consistent operations and behavior are critical to preventing miscalculation.” 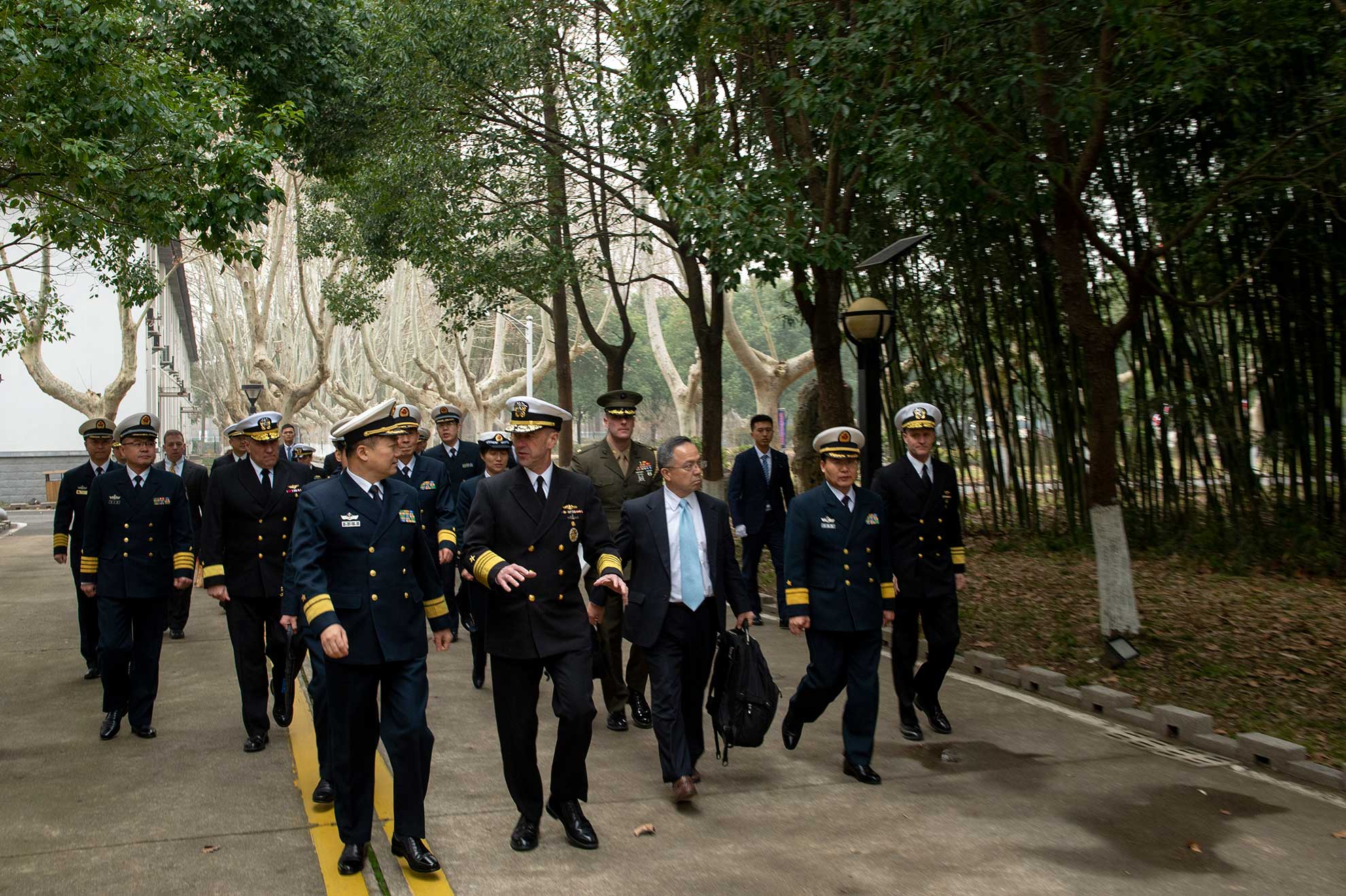 This is Richardson's second visit to China as the chief of naval operations.

The two admirals met previously at the International Seapower Symposium, hosted by Richardson in Newport, R.I. and have held three discussions via video teleconference.

For more news from Chief of Naval Operations, visit www.navy.mil/local/cno/.