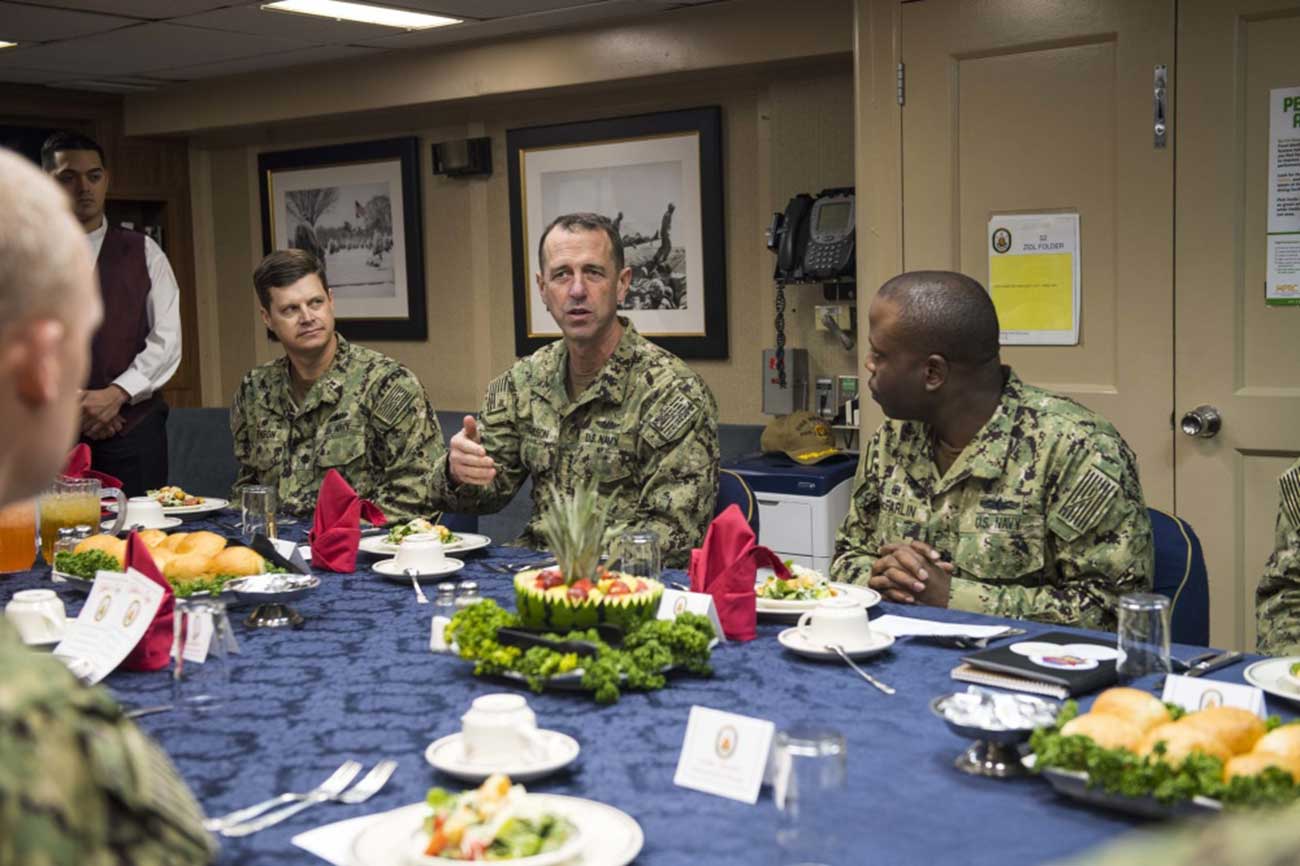 Richardson’s visit began in Fleet Activities (FLEACT) Yokosuka where he held several small-group discussion with Sailors on the waterfront to listen to their feedback and address the Navy’s return to great power competition.

“If we can win this competition without firing a shot, then that’s the best war we’ll win,” said Richardson. “But history shows that it doesn’t go that way, unless you’re really ready to win. So that’s what we need to do. We need to get ready in every way to win this fight.” 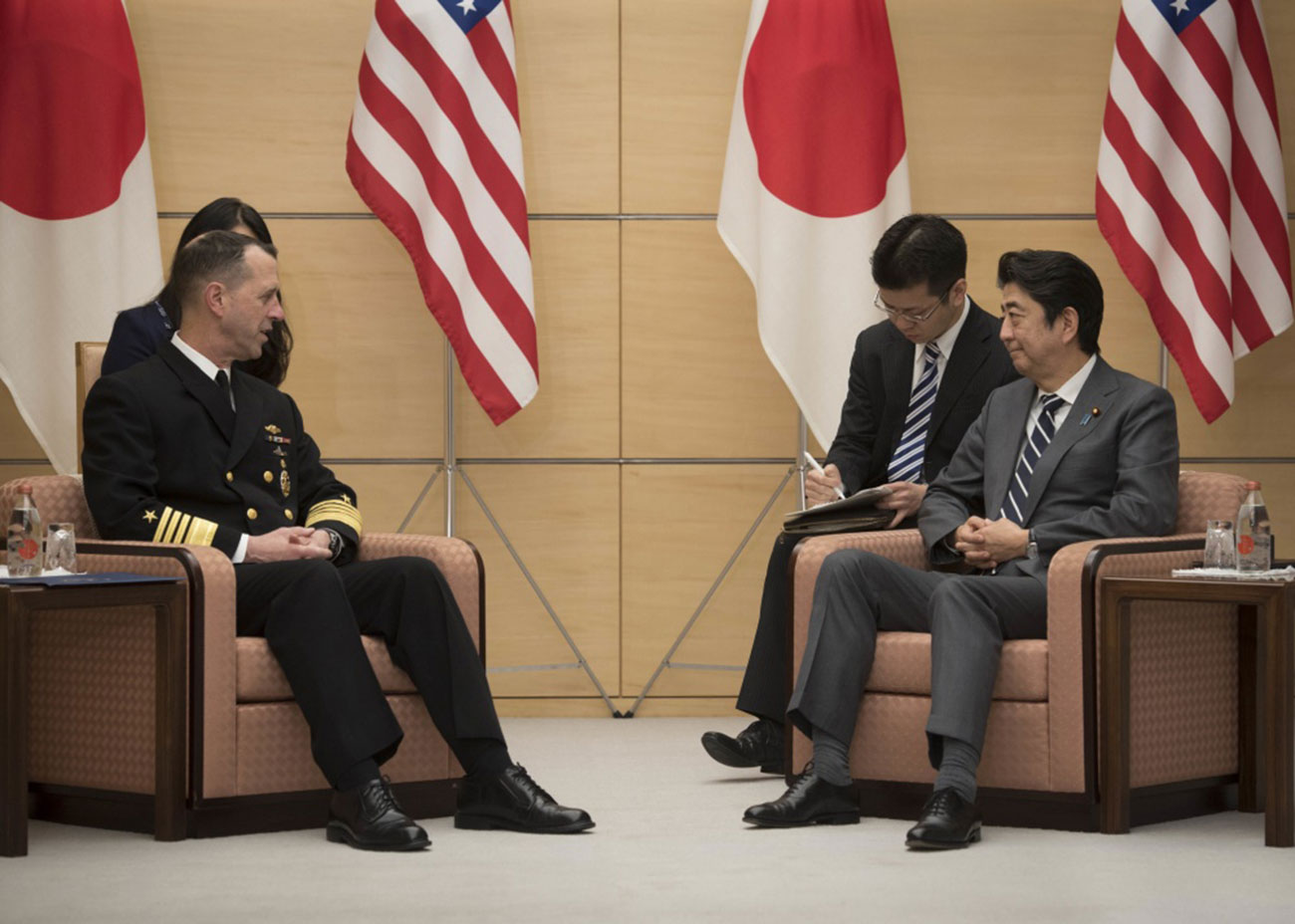 Richardson then traveled to Tokyo where he met with Japanese Prime Minister Shinzo Abe and discussed broadening and strengthening global maritime awareness and access with Japan and the region. 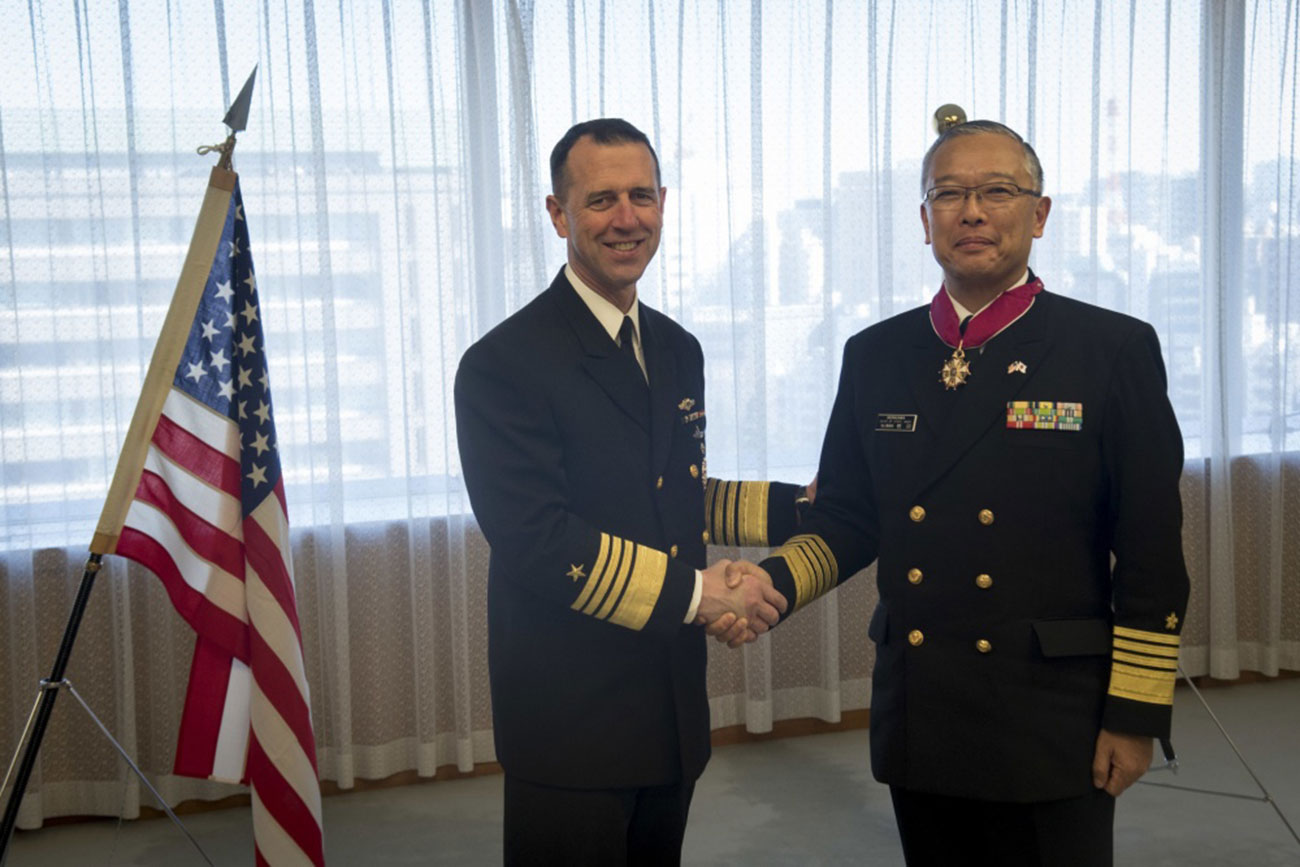 During each senior leader engagement, Richardson reaffirmed the U.S. Navy’s commitment to strengthening the U.S. and Japan alliance and maritime partnership. 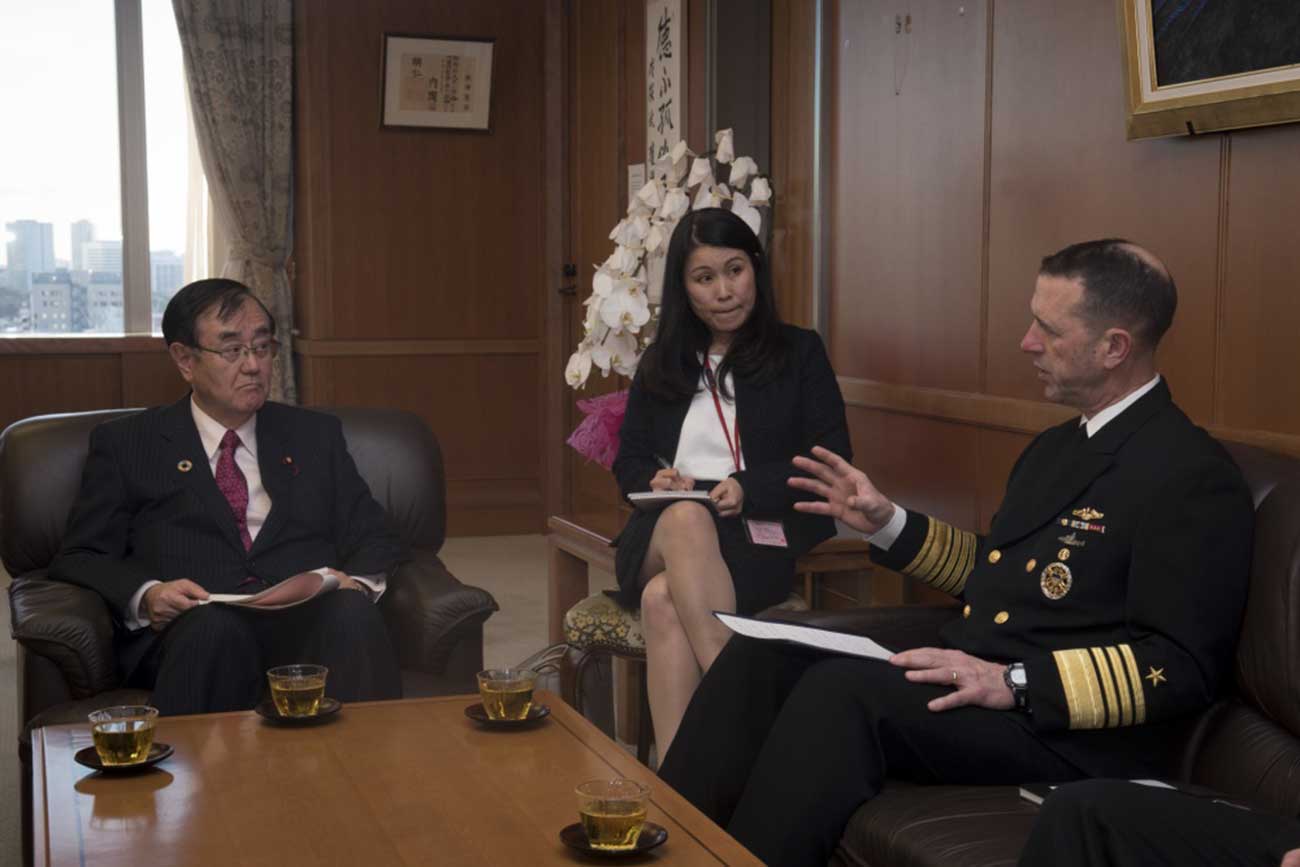 Richardson also presented Murakawa with a the Legion of Merit, on behalf of the Secretary of Defense, for his dedicated service in expanding the partnership between the U.S. Navy and JMSDF.

“Every time I have the pleasure of visiting Japan, we arrive with a very, very strong relationship, and we depart with an even stronger relationship,” said Richardson. “That does not happen by accident. That only occurs by virtue of visionary leadership.”

A Trilateral agreement between the U.S., Japan, and Great Britain was signed in October 2016 to solidify the combined cooperation to increased global maritime commitment to a free and open flow of commerce on the sea.

The U.S. Navy and JMSDF routinely conducts bilateral maritime exercises and operate together to promote security and stability in the Indo-Pacific region.