The exercise put the ships through several integrated events using air and surface platforms to build proficiency across multiple warfare areas and promote integration of multinational maritime forces in the area of operations into a cohesive combat force. 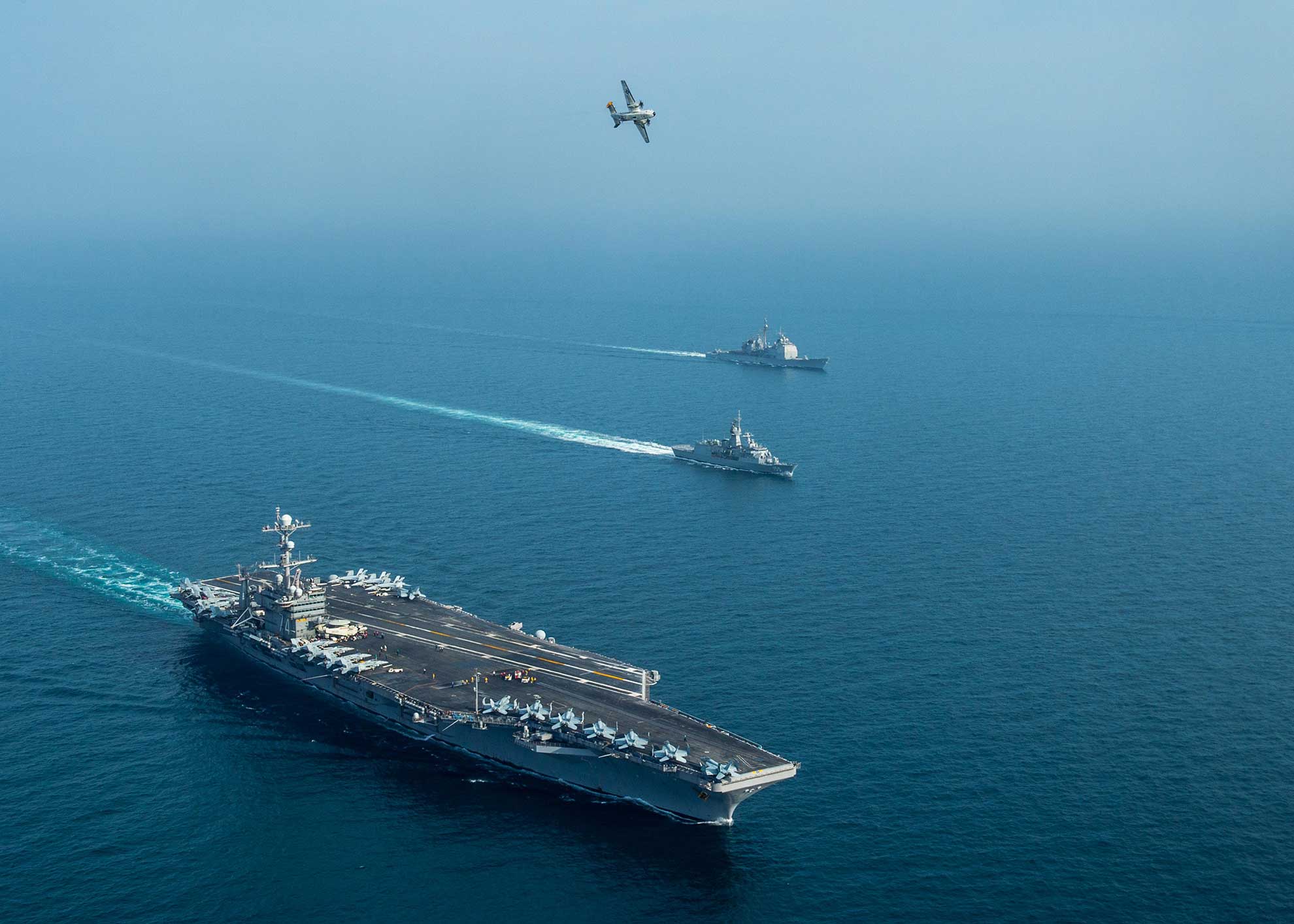 “The exercise itself is meant to develop interoperability, because one of our overall goals is to develop the opportunity to where we don't have to have a particular situation or a defined event that happens to bring us together,” said Capt. Murzban Morris, commodore of Destroyer Squadron (DESRON) 21. “We should have that interoperability and operate together at a moment's notice. So, that's what this exercise is about, so that whenever we may need it we can come together whether or not there is a crisis."

The exercise put the ships through several integrated events using air and surface platforms to build proficiency across multiple warfare areas and promote integration of multinational maritime forces in the area of operations into a cohesive combat force.

"Our strong partnership is an essential asset for the maritime security in the Indian Ocean," said Capt. C.V. Ouk, commanding officer of Cassard. 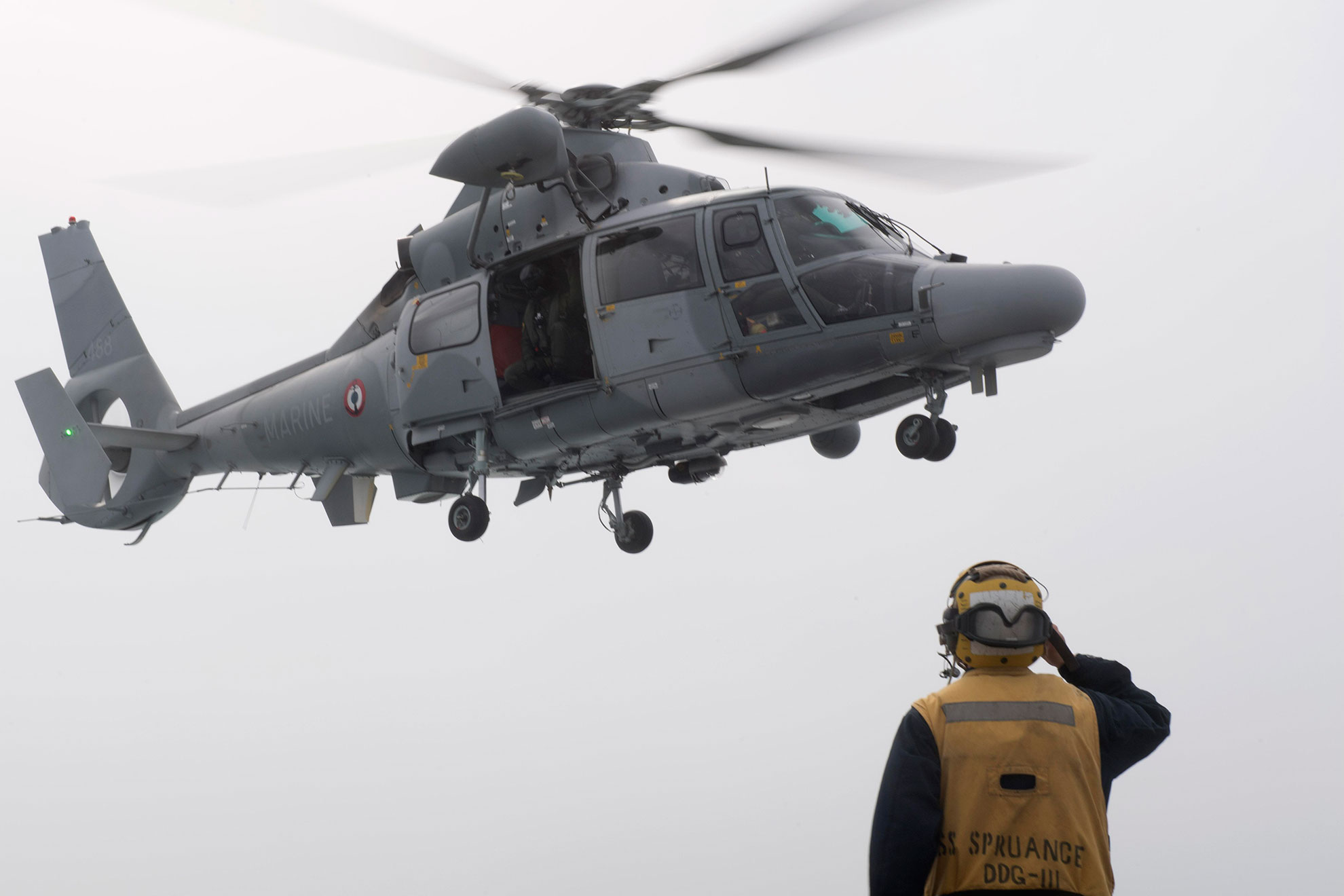 “Training to work together on a different platform, to work in close proximity together, and to land on a new platform gives us the ability to expand our skillset,” said Lt. John White, a pilot assigned to HSM-71, the helicopter aircraft commander of one of the cross deck flights. “The opportunity that we were given to do this demonstrated not only our capability to interoperate, but how natural it is to work with our partner nations. The professional way that the crew [of Ballarat] operated made me feel like I was flying to my own ship.”

The French Panther anti-submarine helicopters also conducted a DLQ cross deck to the flight deck of the John C. Stennis.

Lt. j.g. Beau Denson, the tactical action officer for John C. Stennis, remarked on the professionalism and capability of the high-end maneuvers conducted with coalition forces throughout the exercise.

“We conducted an integrated live-fire exercise led by the HMAS Ballarat,” said Denson. “We were able to give them directive control over our air assets to simulate offensive and defensive maneuvers against small boat attacks.”

“The Ballarat and Cassard were able to direct our carrier strike group assets to simulate a reaction to unfriendly forces,” said Denson. “It was seamless. They also conducted plane guard duties for the [John C.] Stennis, which means they acted as the horizon reference unit, providing an artificial horizon to aid landing signals officers and pilots in safely recovering aircraft at night.” 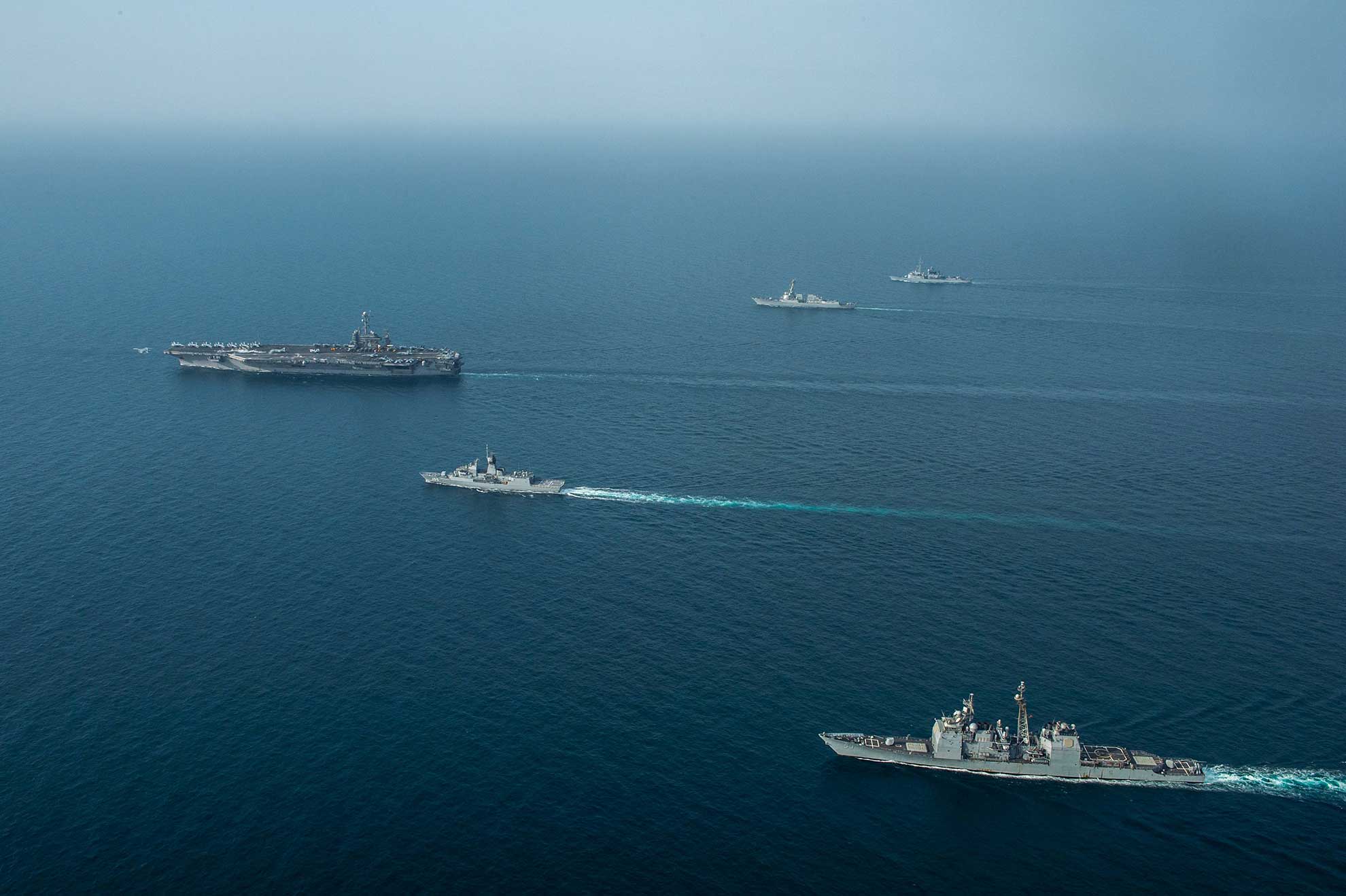 Intrepid Sentinel also included surface warfare exercises, such as formation sailing, where the ships of the coalition practiced dynamic warfare techniques demonstrating the interoperability between allies.

"Our presence shows we are not forgetting, we are not turning our back on our partners in the area, and we are willing to stand true to the ideals and values that we've represented previously,” said Morris. “Freedom of trade, freedom of maneuverability and operating wherever international law allows."

The John C. Stennis Strike Group is deployed to the U.S. 5th Fleet area of operations in support of naval operations to ensure maritime stability and security in the Central Region, connecting the Mediterranean and the Pacific through the western Indian Ocean and three strategic choke points.

U.S. 5th Fleet area of operations encompasses about 2.5 million square miles of water area and includes the Arabian Gulf, Gulf of Oman, Red Sea and parts of the Indian Ocean. The expanse is comprised of 20 countries and includes three critical choke points at the Strait of Hormuz, the Suez Canal and the Strait of Bab al-Mandeb at the southern tip of Yemen.