Counter-Islamic State of Iraq and the Levant forces continue their progress against the terror group throughout Iraq and Syria. 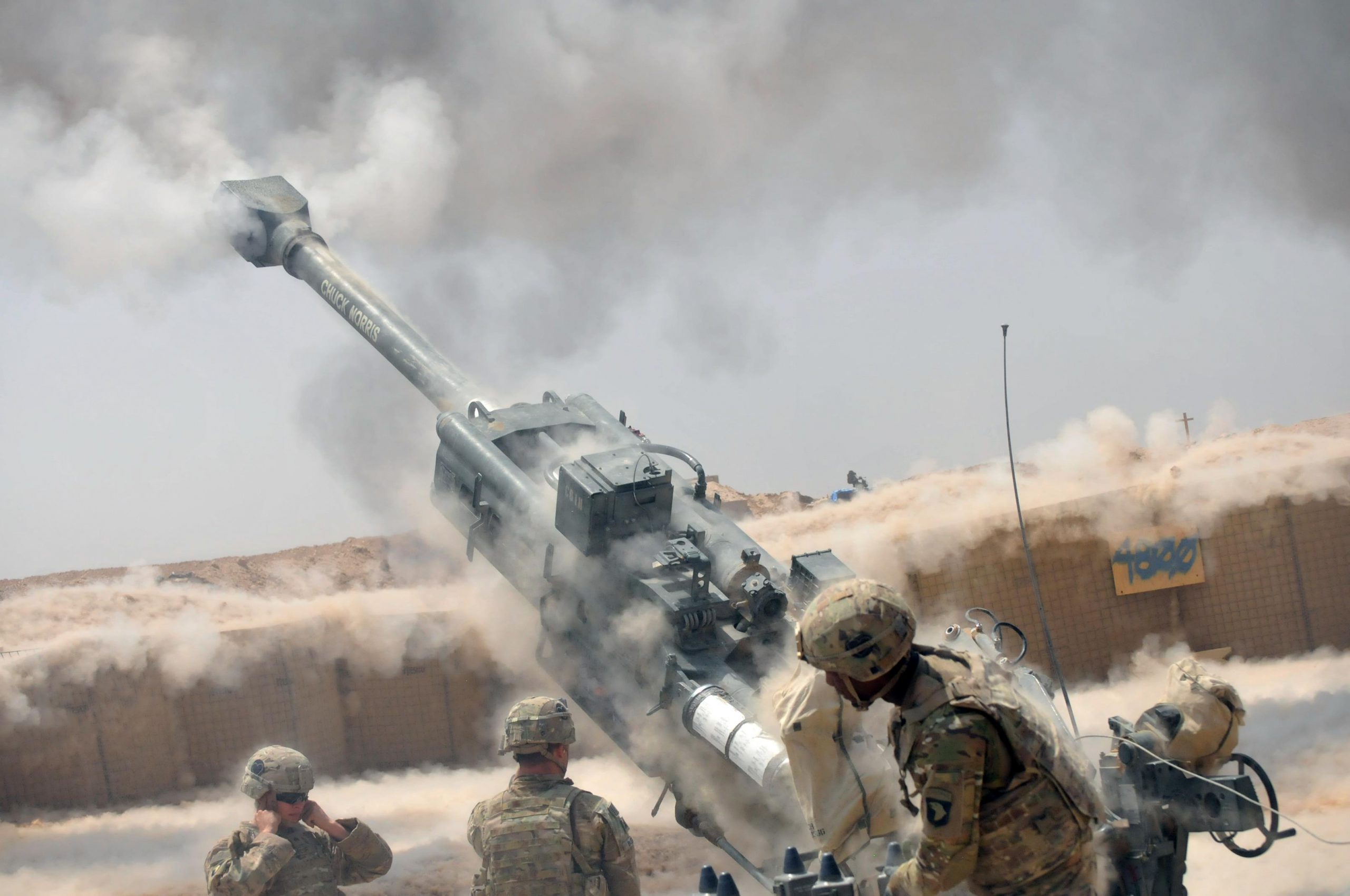 Soldiers execute a fire mission with an M777 howitzer at Kara Soar Base, Iraq

The operation, he said, involves Turkish military and partner forces along the Mara Line. ISIL forces “fired a rocket into Kilis, which is just north of the border in Turkey, Dorrian said.

He added that the terror group has launched more than 40 rockets into the area — a region that houses thousands of Syrian refugees.

Coalition forces face tough fighting from ISIL as the area is an important route for foreign fighters, supplies and money to reach ISIL’s “capital” of Raqqa, the colonel said. Coalition troops, he added, have provided training and equipment to counter-ISIL forces fighting in the area.

And, coalition forces are supplying food and bomb-removal expertise to help the people of the region, Dorrian said. About 2,400 families in the area around Manbij — the site of heavy fighting earlier this year — received about 200 metric tons of food, he said.

“The food includes essentials such as rice, flour, chickpeas and tomato paste, baby formula and water purifying tablets,” Dorrian said. “In some cases, this means families will get anywhere from 30 to 60 days of food and supplies.”

The explosive ordnance disposal training has allowed local officials to reopen the Manbij hospital as well as many homes and school in the city, the colonel said.

In Iraq, ISIL is attempting to build-up their defenses in Mosul as the terrorists anticipate the Iraqi attack to retake the nation’s second-largest city, Dorrian said. ISIL is restricting the movement of the population, he said, and attempting to conceal fighting position. These hiding places are often in restricted buildings like hospitals, schools and mosques, Dorrian said.

In addition, he said, ISIL forces in the area continue to dig elaborate tunnels and are placing bombs as they hope to delay the advance of Iraqi security forces.

“But there are significant signs that they are feeling the effects of ISF advances and coalition strikes,” the colonel said.

Around the base the coalition is establishing in Qayyarah, ISIL fighters are attempting harassing attacks, Dorrian said. ISIL forces, however, “have shown more of an inclination to flee rather than in earlier times in the campaign,” he said.

ISIL is also under concerted attack in the western part of Iraq with soldiers hitting the terror group in and around Hit and Ramadi, Dorrian said.

These operations, he said, provide ISIL with “more problems than they have the ability to manage simultaneously,” he said.

Coalition aircraft continue to launch strikes against ISIL in and around Mosul in preparation for the liberation of the city, Dorrian said.