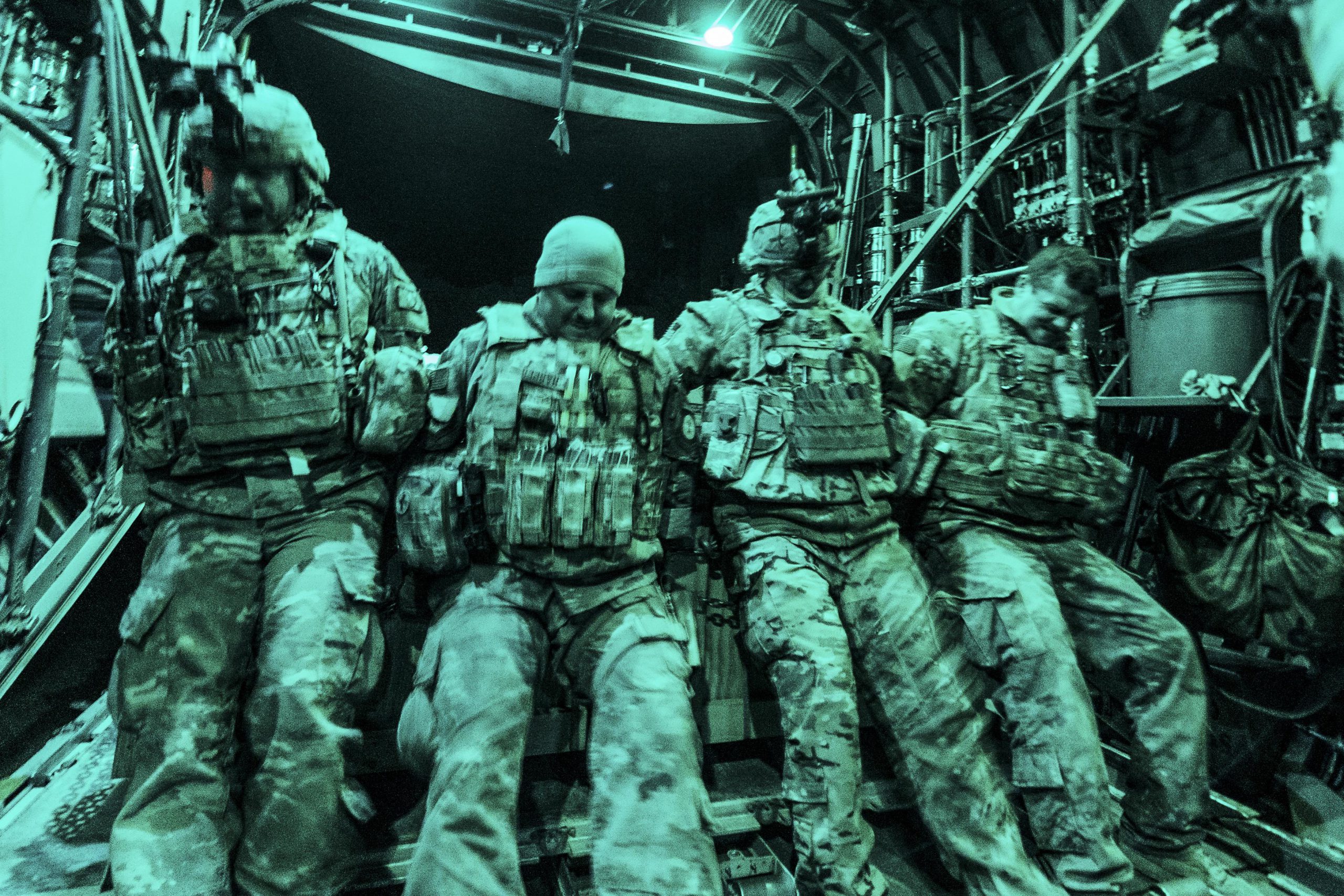 Airmen secure a load of cargo in a C-130H Hercules at Qayyarah Airfield West, Iraq

Expanding on the nature of the threats, Stewart said they include a nuclear-capable and increasingly provocative North Korea, a resurgent Russia, a modernizing China, an ambitious regional power in Iran and violent extremist organizations.

“We in DIA call these our no-fail missions because the risk is too high for us to fail in pursuing these missions,” Stewart added.

The world is focused on events in Pyongyang and for good reasons, Stewart told the panel.

“Since assuming power, Kim Jong Un has conducted three nuclear tests and the regime has tested an unprecedented number of ballistic missiles of varying ranges over the past year,” he said.

Despite technical shortfalls, the regime has achieved key milestones in specific systems and engineers get valuable data and insights from each test, Stewart observed.

“If left on its current trajectory, the regime will ultimately succeed in fielding a nuclear-armed missile capable of threatening the United States homeland,” the general said, adding that it’s impossible to say when the capability will be operational but the regime is committed and on a sure path to the capability. 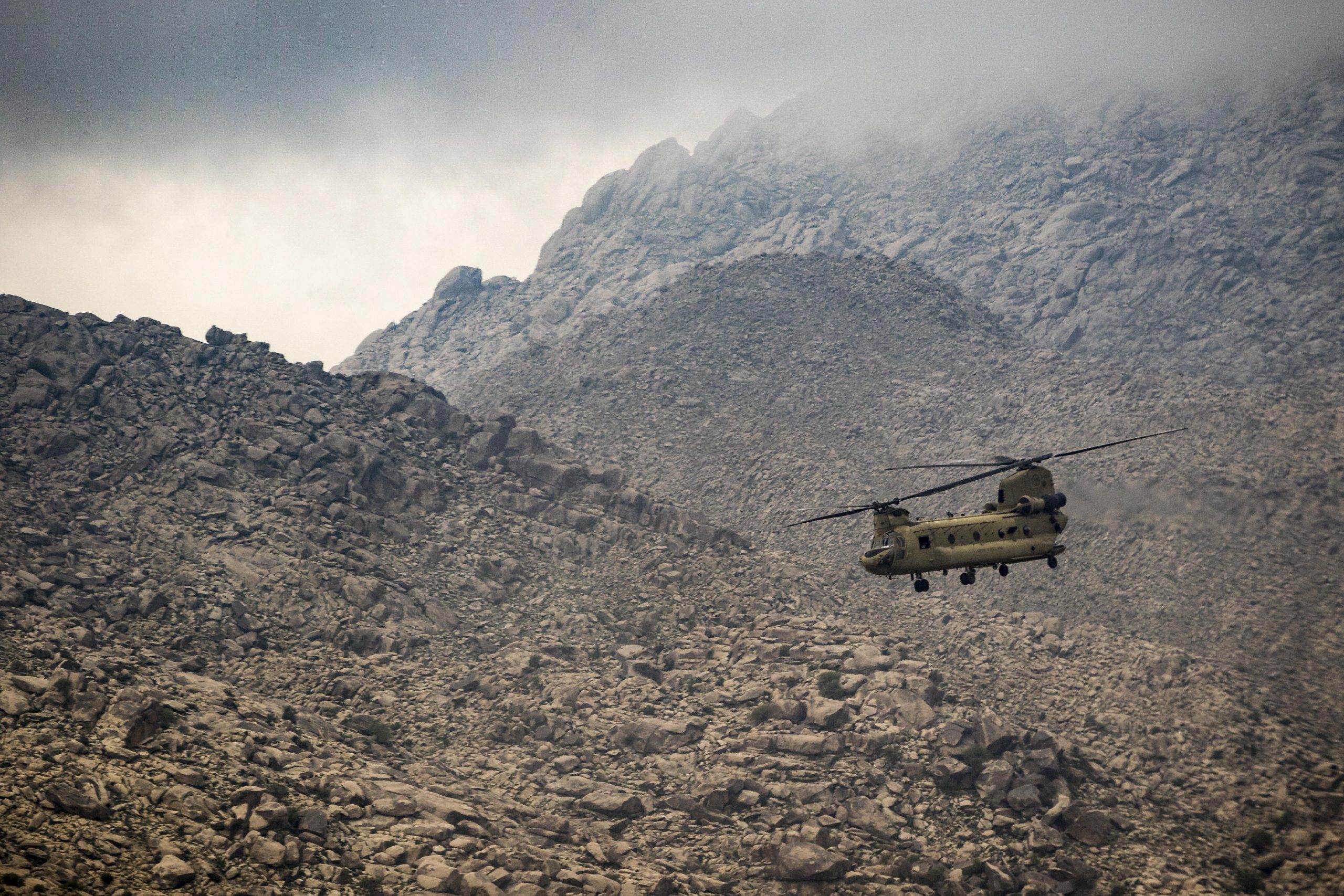 “The Russian government seeks to be the center of influence in what it describes as a multi-polar, post-West world order,” he explained.

To support this worldview, he said, Moscow pursues aggressive foreign and defense policies by using a full spectrum of influence and coercion aimed at challenging U.S. interests around the globe.

Out-of-area operations remain a priority as demonstrated by its ongoing deployment to Syria and long-range aviation approaching U.S. airspace.

China is in the third decade of an unprecedented military modernization program involving weapon systems, doctrine, tactics and training, and space and cyber operations, Stewart said.

The nation now stands firmly as a near-peer U.S. competitor, the general added.

New bases are being built in the South China Sea and Stewart said that evidence suggests the outposts will be used for military purposes.

“A key component of China's strategy for a regional contingency is planning for potential U.S. intervention in a conflict in the region,” he added. “Its navy remains on a course for 350 ships by the year 2020 and anti-access, area-denial capabilities continue to improve.”

In Iran, despite sanctions Tehran is putting considerable resources into conventional military priorities such as ballistic and cruise missiles, naval systems, unmanned aerial vehicles and air defense systems that could threaten the U.S. and its interests in the region, Stewart said.

“Iran's conventional military doctrine is designed to protect Iran from the consequences of its assertive regional policy,” he added, noting that policy is spearheaded by the Iranian Revolutionary Guard's Quds Force and its regional proxy Lebanese Hezbollah, and in concert with certain Iraqi Shia militias and the Houthis, a Shia-led movement.

“We should expect Iran to continue to undermine the current regional security architecture,” the general said, “using terrorist organizations and proxies to complicate U.S. efforts throughout the region.”

Steady progress is being made against transregional terrorism but there is still a long way to go, Stewart said.

The Islamic State in Iraq and Syria has been diminished in Libya, he added. Soon it will lose control of Mosul and of its capital in Raqqa, which is now nearly isolated by counter-ISIS local fighters.

“We've killed many ISIS and al-Qaida leaders, and numerous terrorist plots have been averted,” Stewart said.

Trend lines are moving in the right direction but the fight will not end soon, he noted, adding that the enemy is highly adaptable and capable, and instability and under-governed territory may give them opportunities to resurge.

“I'm particularly concerned about the long-term impact of returning foreign fighters and the potential for these groups to capitalize on the proliferation of armed unmanned aerial vehicles to do harm to U.S. and our allied interests,” the general said.