Military life is typically unplanned and unpredictable. Some may view that as a negative, but having an open mind and welcoming opportunities can take you on an unbelievable adventure.

Military life is typically unplanned and unpredictable. Some may view that as a negative, but having an open mind and welcoming opportunities can take you on an unbelievable adventure. 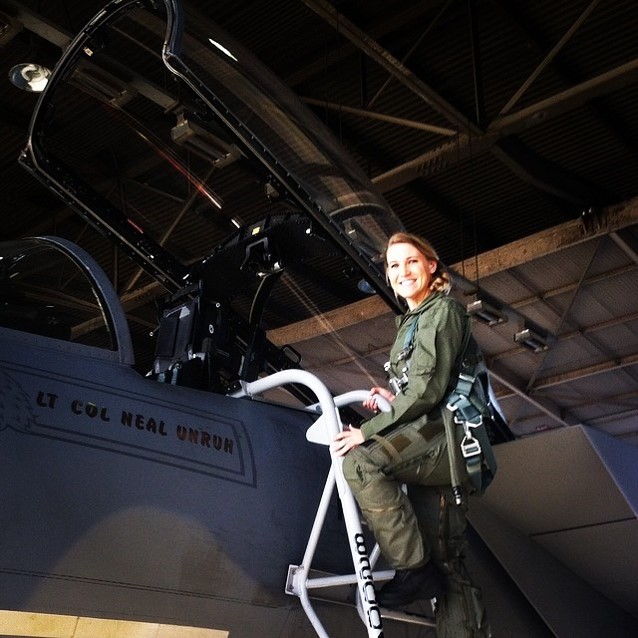 Air Force Capt. Kaci Dixon poses for a photo before an incentive flight on an F-15

She started her Air Force career in 2009 as an active-duty intelligence officer at the 11th Special Operations Intelligence Squadron here. As a second lieutenant, she deployed to Afghanistan in support of Army Special Forces.

"This deployment was an uphill battle," she said. "I was a female in the Air Force, so naturally I didn't fit in. I had to prove myself. But, the team recognized I was capable after they saw me doing my job."

When Dixon returned here, she moved to the 720th Operations Support Squadron. In this position, she deployed to Central America with the 125th Special Tactics Squadron, an Air National Guard unit in Oregon. Dixon was the first female intelligence officer to fully integrate with special tactics personnel, according to her medal citation from that assignment.

"We traveled to very remote locations, and I was with the team to conduct landing zone and airfield assessment surveys," she said, adding that she felt like a valued member of the team throughout the whole deployment.

"I was the only female, but it didn't seem to matter much," she said. "Unlike my first deployment, it was a seamless transition. I think it was because we were all Air Force and we weren't in a war zone."

After four years on active duty, Dixon decided to separate from active duty and join the Oregon Air National Guard. "I didn't want to completely cut my ties with the Air Force, so I found an opportunity with the 125th STS, the same unit I deployed with to Central America," she said. "During my time there, I took a year to travel and relax. Then, I attended law school in Wyoming."

As a guardsman, she volunteered to participate in the Women in Service Review at Joint Base San Antonio-Lackland, Texas. WISR was a congressionally mandated study to assess women in previously male-only combat roles.

Dixon said it was a two-week process. The first week was a series of about 30 physical tests to measure strength, agility, flexibility, speed and endurance. The second week involved tests in a simulated operational environment, such as dragging a 200-pound dummy with 30 pounds of gear through an obstacle course. 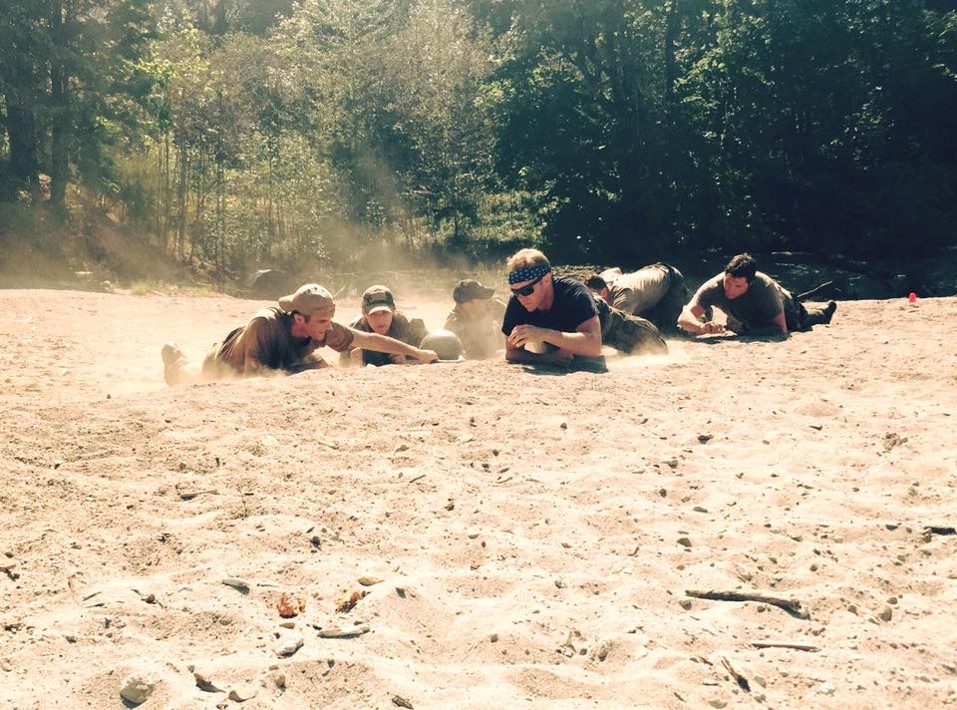 Crawling through sand while moving a 90-pound kettlebell…

Being a part of WISR reminded Dixon of what she was missing on active duty, inspiring her to want to return to full-time service, she said. A time limit on her position in the Air National Guard was approaching, and she found her next opportunity as an Air Force Reserve individual mobilization augmentee here.

"I love being back here," she said. "I work with the same people that I worked with on active duty."

Dixon said she applied to be an attorney in the Judge Advocate General's Corps and was accepted. Now, she's planning on returning to active duty in 2018.

"I have no idea where I'll be stationed yet," she said. "I just hope I'm able to be with my husband and my daughter."

Dixon's said her story proves that when your heart is in the right place, fate may take you to incredible places. "Some of the best things I've done have been by chance," she added. "It's been a fun ride."