France is committed to stopping the spread of violent extremism and has deployed significant military resources worldwide in the fight of terrorist groups like the Islamic State of Iraq and the Levant.

France is committed to stopping the spread of violent extremism and has deployed significant military resources worldwide in the fight, a French military official said here yesterday. 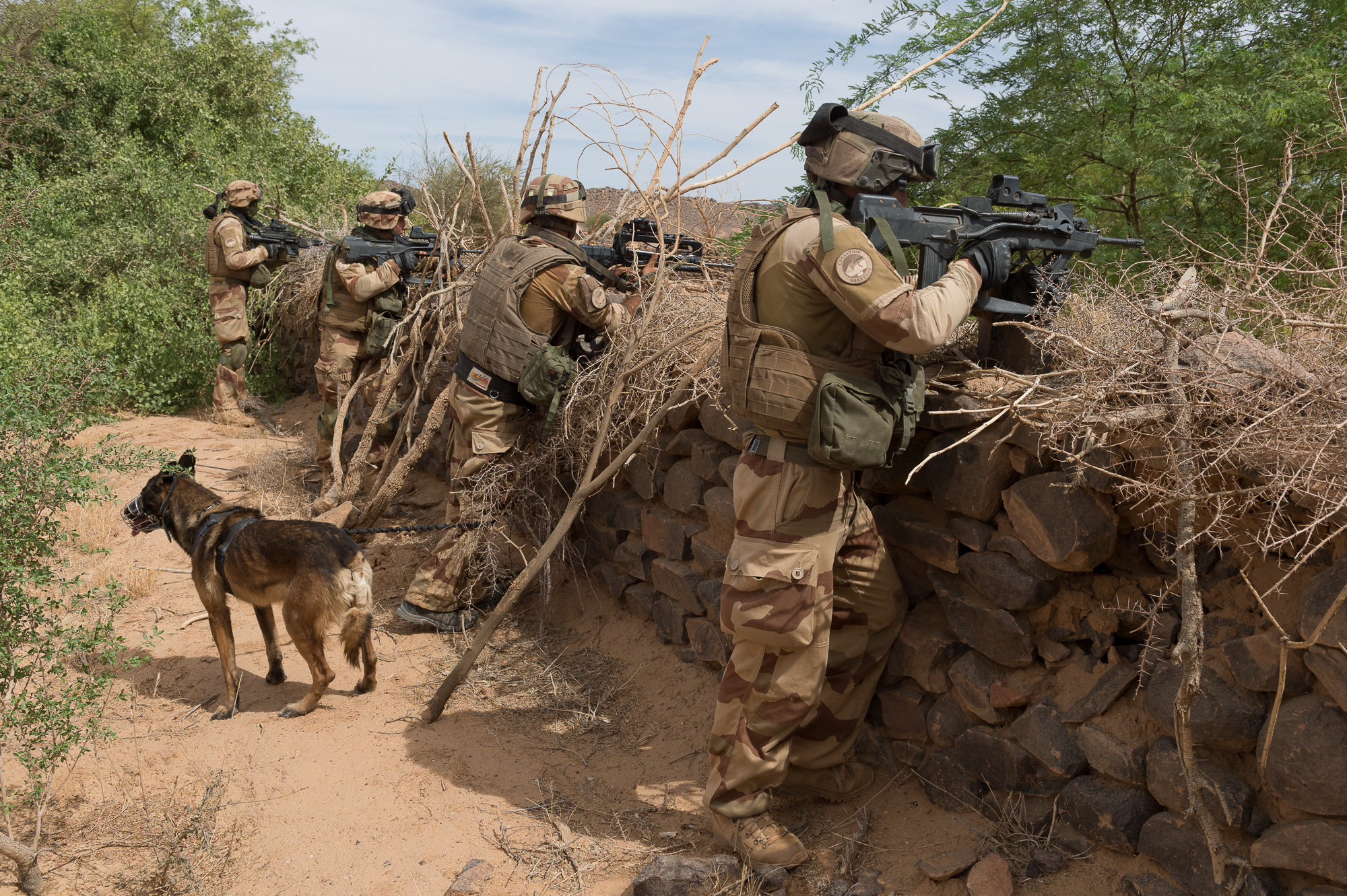 Like the United States, France early on recognized the threat that terrorist groups like the Islamic State of Iraq and the Levant pose to the globe, French Army Col. Patrik Steiger told reporters traveling with Marine Corps Gen. Joe Dunford, chairman of the Joint Chiefs of Staff.

Out of a total force of 205,000, the French military has 30,000 troops deployed worldwide performing counter-terrorism missions.

Operation Sentinelle is a major effort with more than 13,000 service members working with police and the gendarmerie to protect France from attacks like those that hit Paris and Nice. The French navy and air force are involved ensuring protection of territorial waters and the nation’s airspace. 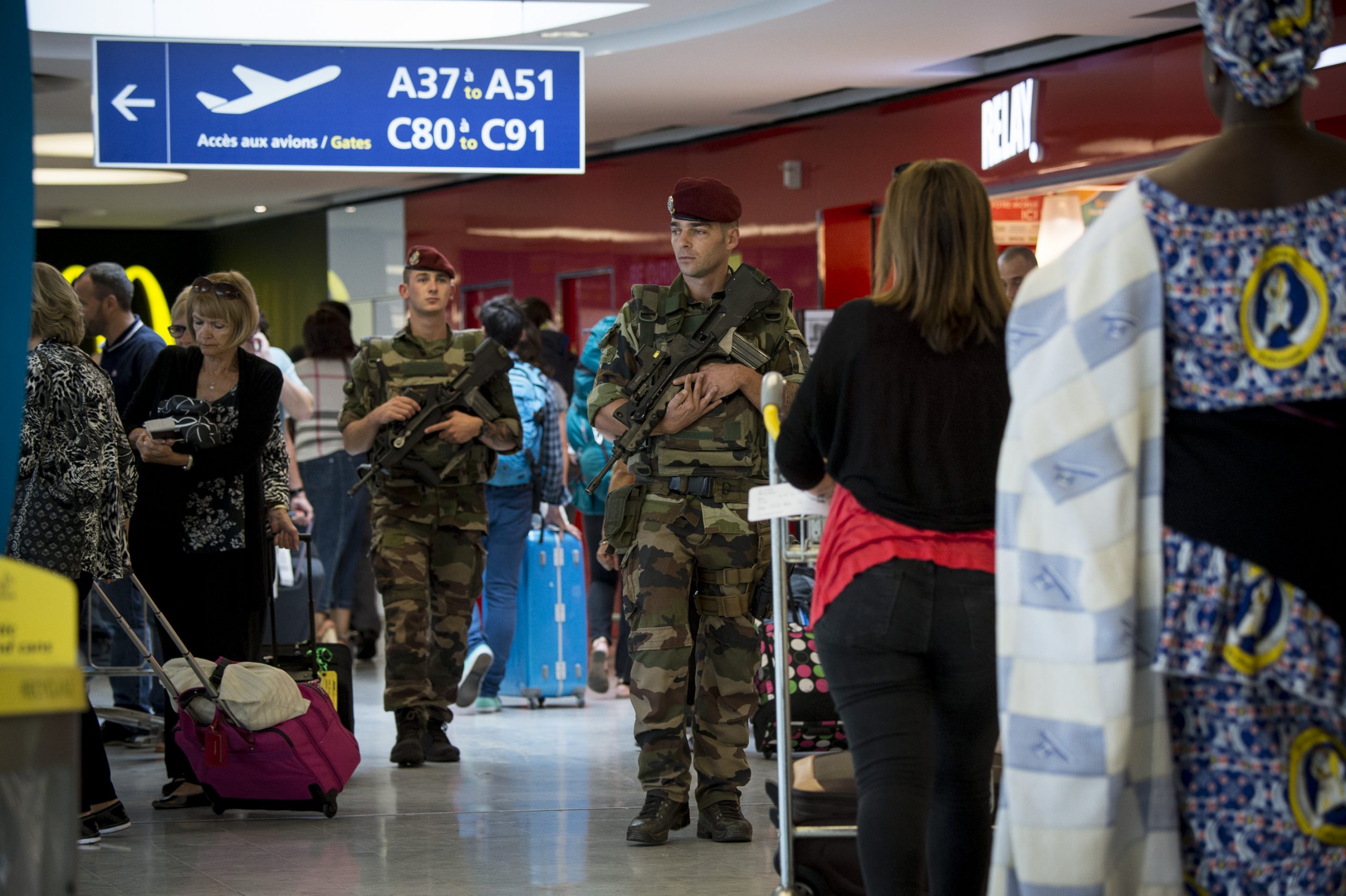 About 13,000 French service members are helping protect France against the threat of extremists.

“We also have stand-by forces — our prepositioned forces stationed in French overseas territories from New Caledonia and French Polynesia to Guyana in South America,” Steiger said.

The French also maintain a robust presence in the Middle East, which is augmented at times by French naval forces. There are a significant number of French forces in Djibouti, Senegal, Cote d’Ivoire and Gabon. 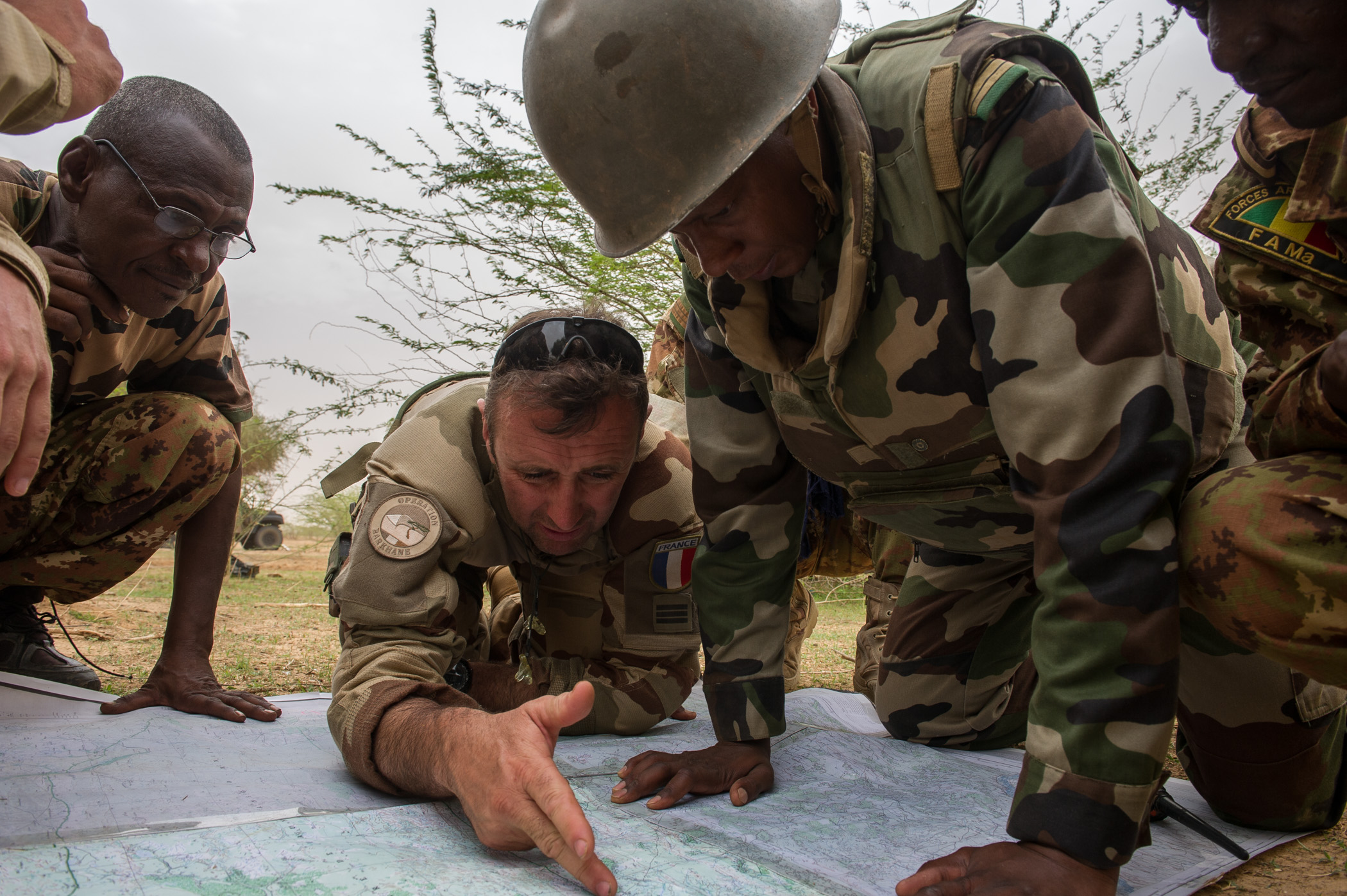 “Prior to this position, I was in Senegal for two years,” the colonel said. “My job was to train Senegalese battalions that would form a U.N. brigade that is deployed in Mali. That was the way it worked.”

All this activity has put a stress on the force, but the French government acted to increase the size of its army by 11,000, raising the active-duty force to 77,000, Steiger said.

Operation Barkhane started in a very kinetic manner, with French troops going into Mali to expel armed terrorist groups that sought to overthrow the government. They were successful and now the French troops are in the area to support the peace process and to ensure the armed extremist groups do not come back, Steiger said.

The operational area covers five large countries — Mali, Mauretania, Burkina Faso, Niger and Chad. It covers 8 million square kilometers, and the enemy knows how to use the desert to avoid detection, the colonel said.

The United States and France have common interests in the area and a common concern. Smugglers have used caravan routes through the Sahel for generations. The only difference now is in what they smuggle.

In Iraq, French gunners are helping support Iraqi operations against ISIL in Mosul. The French army has a full battery of Caesar 155 mm gun-howitzers supporting Iraqi forces as they retake Mosul. Meanwhile in the air, French Rafale attack aircraft are taking the fight to ISIL in Iraq and Syria — cooperating fully with coalition aircraft.

France remains a pillar of the NATO alliance. French troops will deploy to Eastern Europe to deter any further Russian aggression and to help on the alliance’s southern flank.

The French see the struggle against violent extremism much the same way as the United States. Both countries understand there is the need for security so that the people can address the underlying problems that made extremism appealing to young men. Steiger spoke about “the virtuous circle,” and quoted former U.N. Secretary General Kofi Annan who said. “We will not enjoy security without development, we will not enjoy development without security and we will not enjoy either without respect for human rights.”