Alligator Dagger is a dedicated, bilateral combat rehearsal that combines U.S. and French forces to practice, rehearse and exercise integrated capabilities available to U.S. Central Command both afloat and ashore. 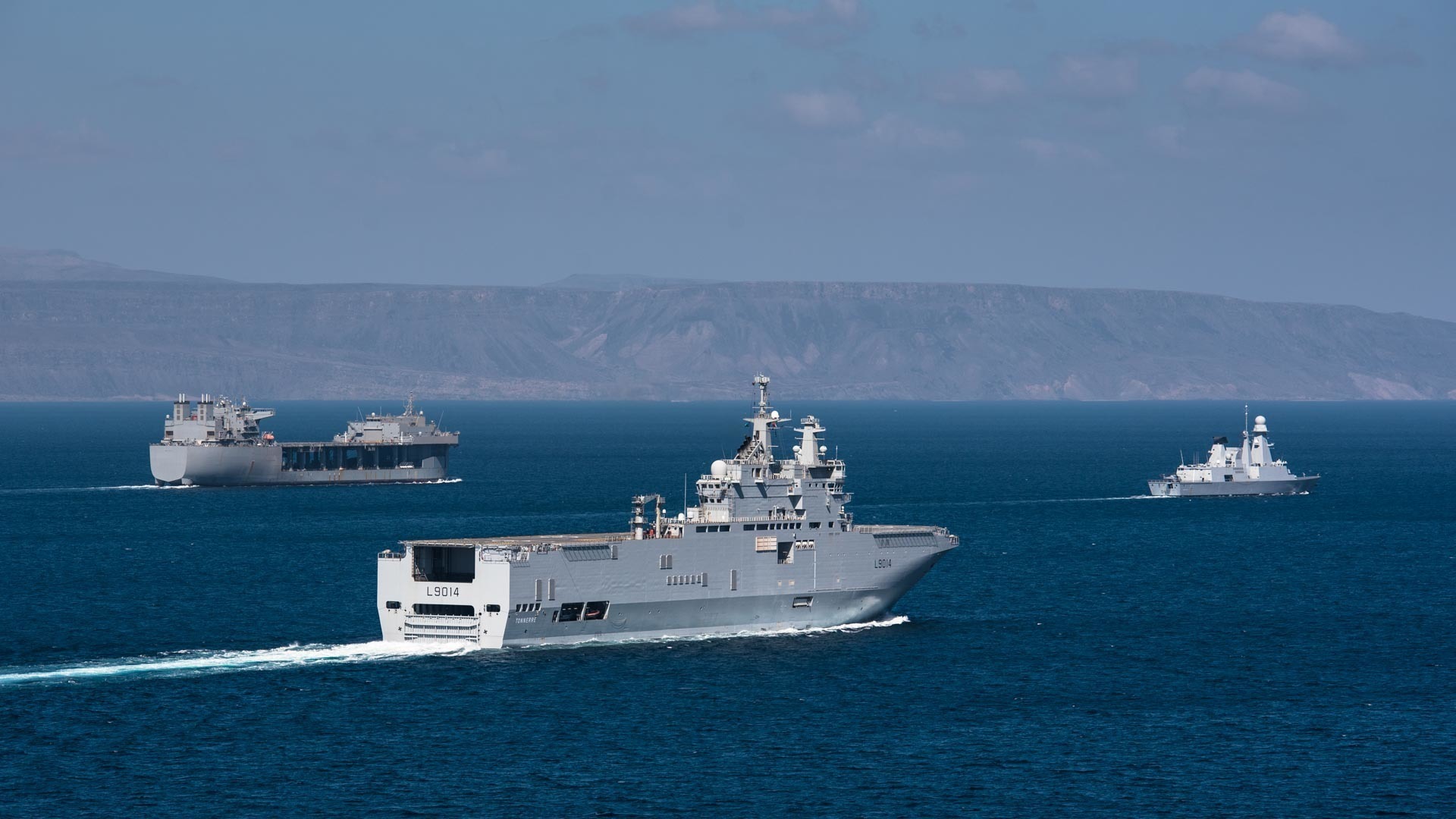 French navy Horizon-class frigate Chevalier Paul (D621) and French navy Mistral-class amphibious assault ship LHD Tonnerre (L9014) line up for a photo with the USS Lewis B. Puller (ESB 3) during Alligator Dagger, a combat rehearsal off the coast of Djibouti. 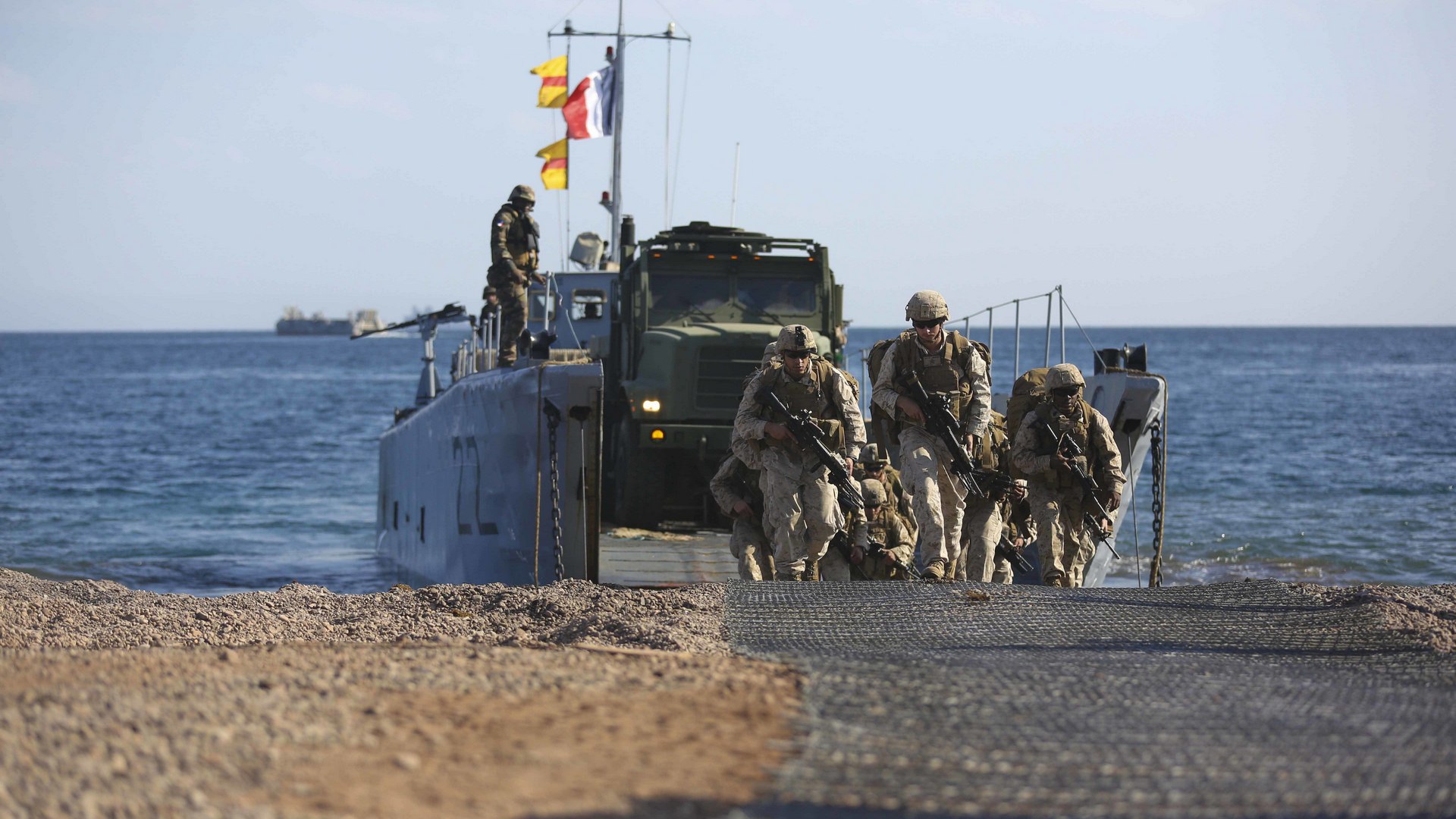 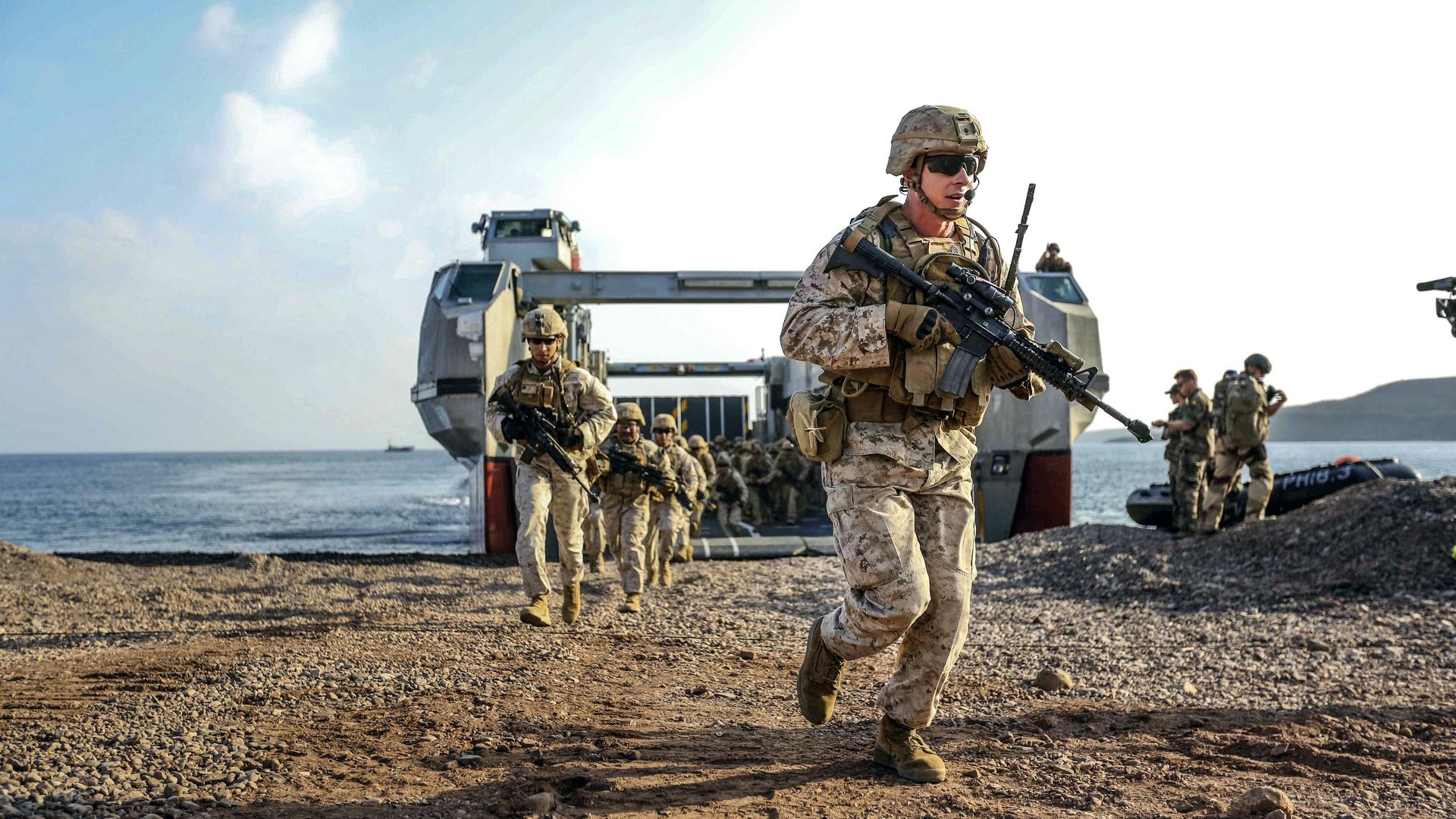 "This rehearsal is a continuation of the professional development of our forces, allies and partner nations and furthers our efforts toward ensuring regional stability, freedom of navigation and the free flow of commerce within one of the most dynamic regions in the world." 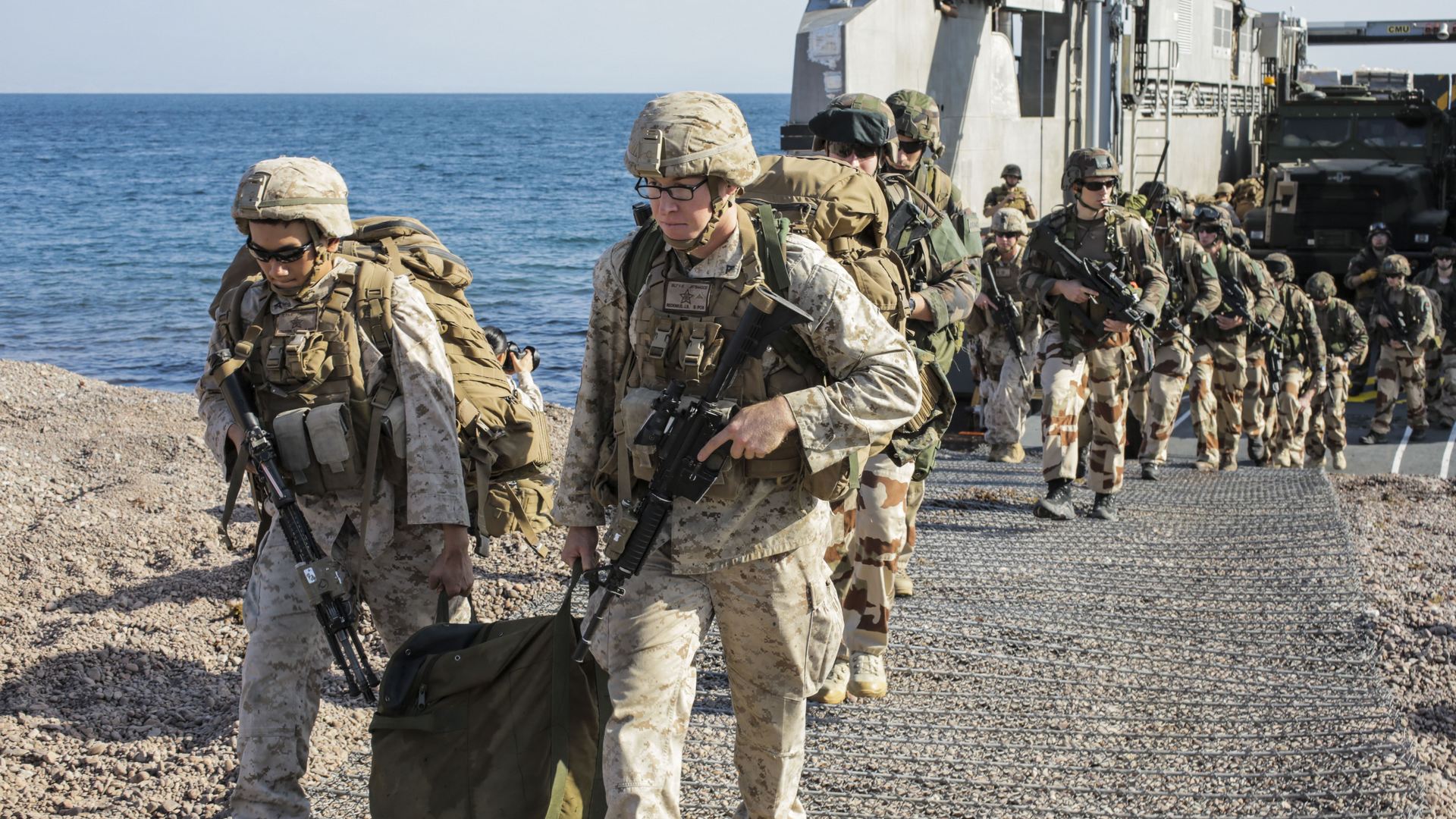 According to Donovan, Alligator Dagger is the largest regional amphibious combat rehearsal to synchronize TF 51/5, U.S. Naval Forces Central Command and Special Operations Forces' warfighting capabilities. This is the first time TF 51/5 Sailors and Marines have embarked upon a French vessel to rehearse power projection capabilities in the CENTCOM AOR. 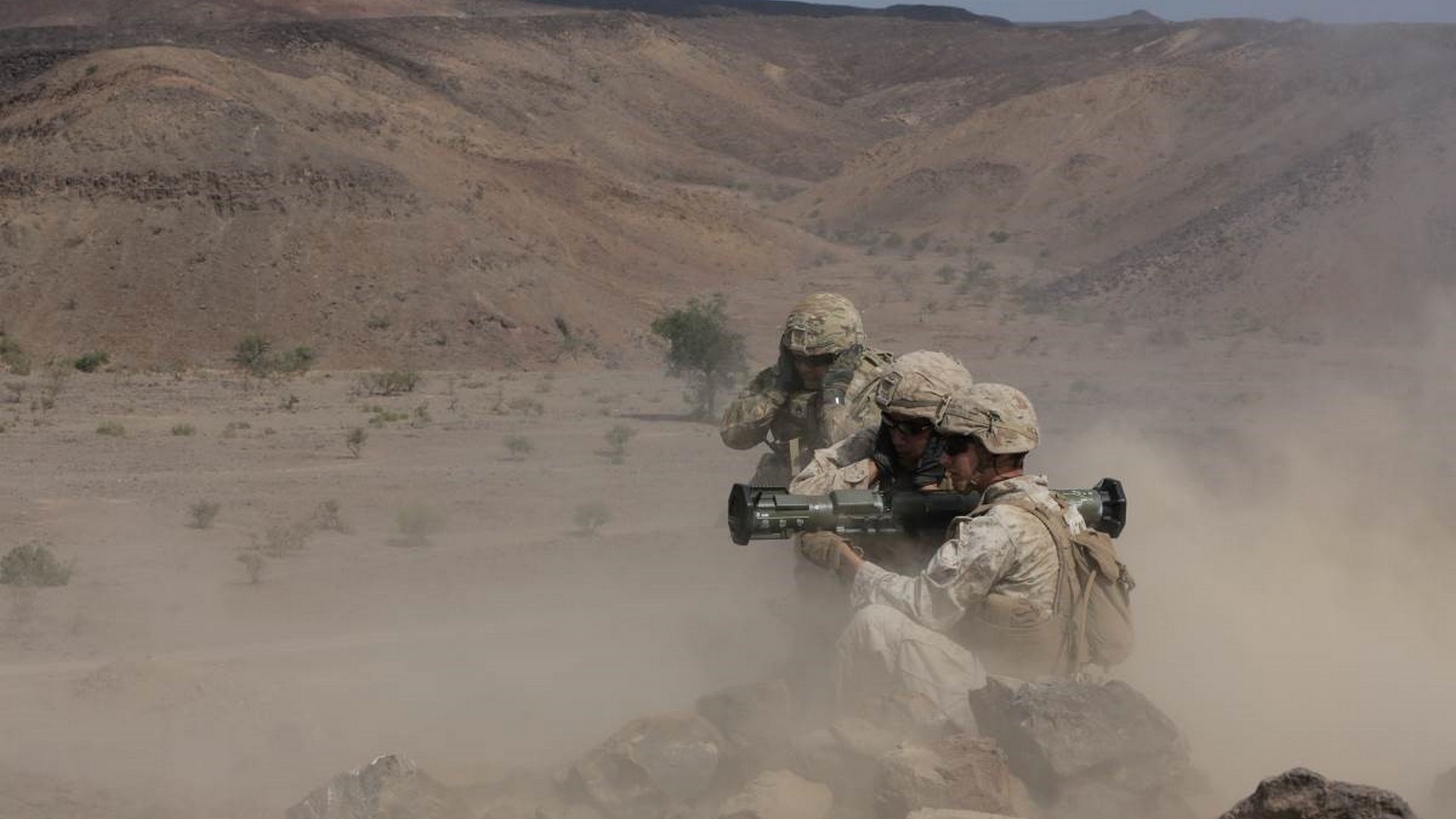 U.S. Marines with the 15th Marine Expeditionary Unit take aim at a target

"This exercise is a cornerstone for the amphibious Task Group," said Capt. Nicolas Vaujour, commander of France's amphibious task group. "It will enhance French-U.S. interoperability and will provide to French and US authorities a credible operational capability at sea, from the sea and ashore." 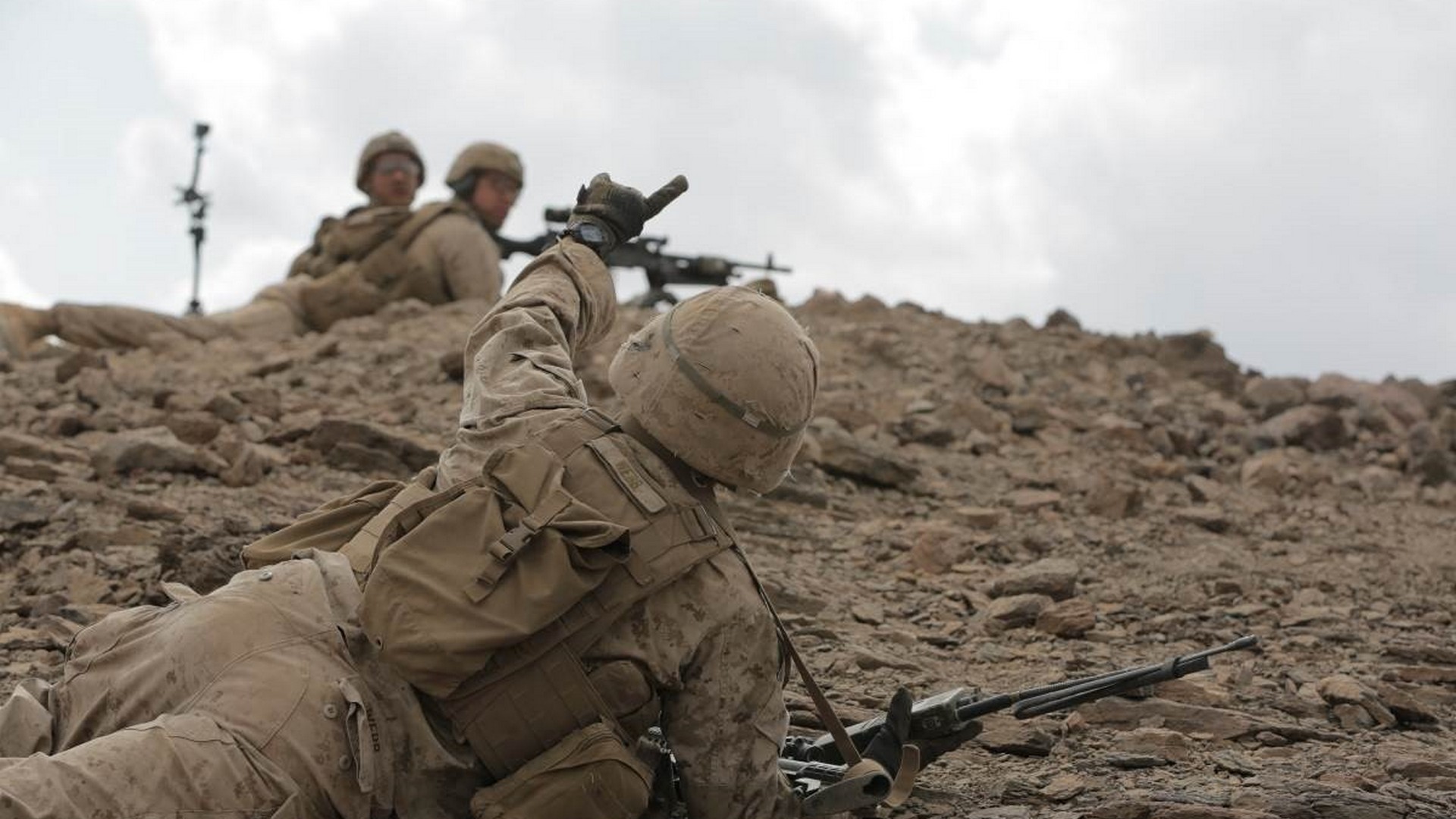 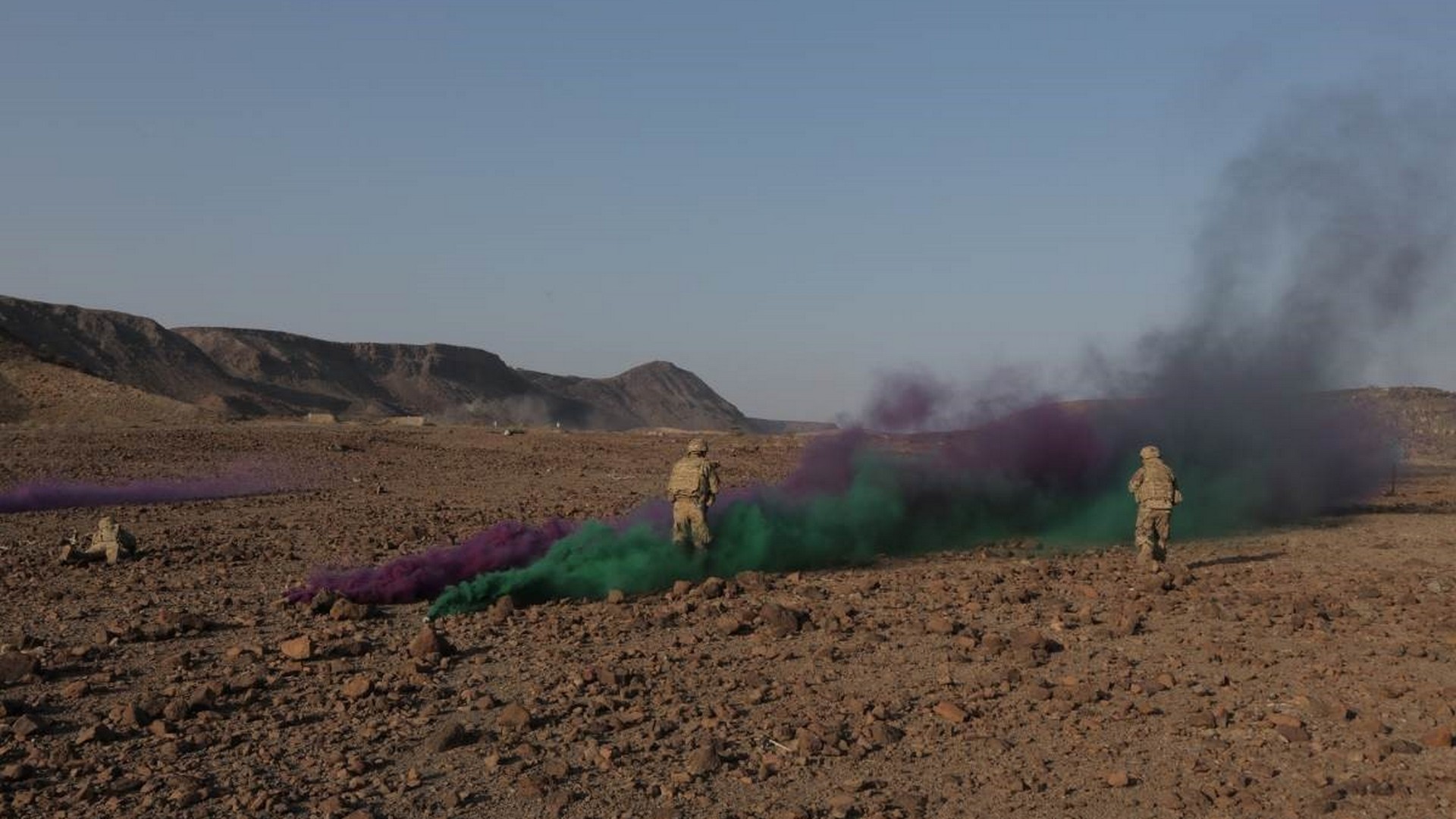