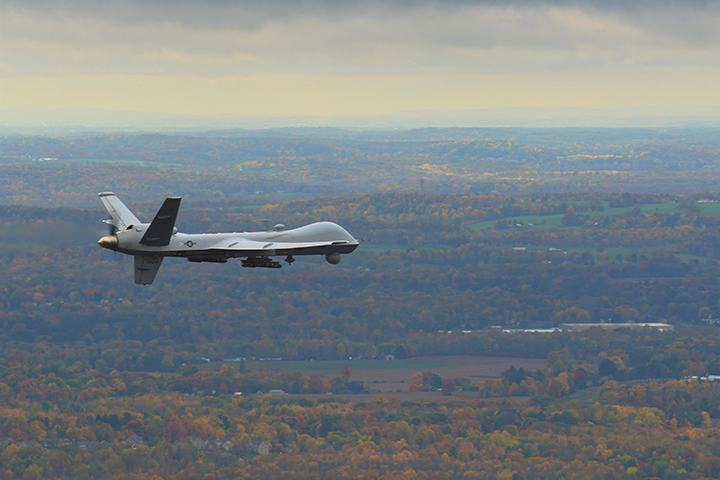 The New York airmen, who are based at Hancock Field Air National Guard Base here, are trained to fly and operate the MQ-9 remotely piloted aircraft, which is used by the military for surveillance and combat air patrol missions.

The California Air National Guard has been employing the MQ-9 as an eye in the sky to support the California Department of Forestry and Fire Protection and other state agencies responding to the wildfires that have burned 234,000 acres and destroyed more than 1,000 buildings.

The New York airmen will assist California Air National Guardsmen who have been stretched thin during this domestic response operation.

“We have been working this fire since [Dec. 5] and have been working 24-hour operations since then,” said Air Force Maj. Nicholas Edwards, the director of incident awareness and assessment for the California Air National Guard’s 222nd Intelligence Support Squadron. “We want to do everything we can. This is why we join the guard — to help out our community and our state.”

According to Air Force Col. Michael Smith, the commander of the 174th Attack Wing, “That’s a horrible incident they are dealing with, and we’re glad to help in any way we can.” 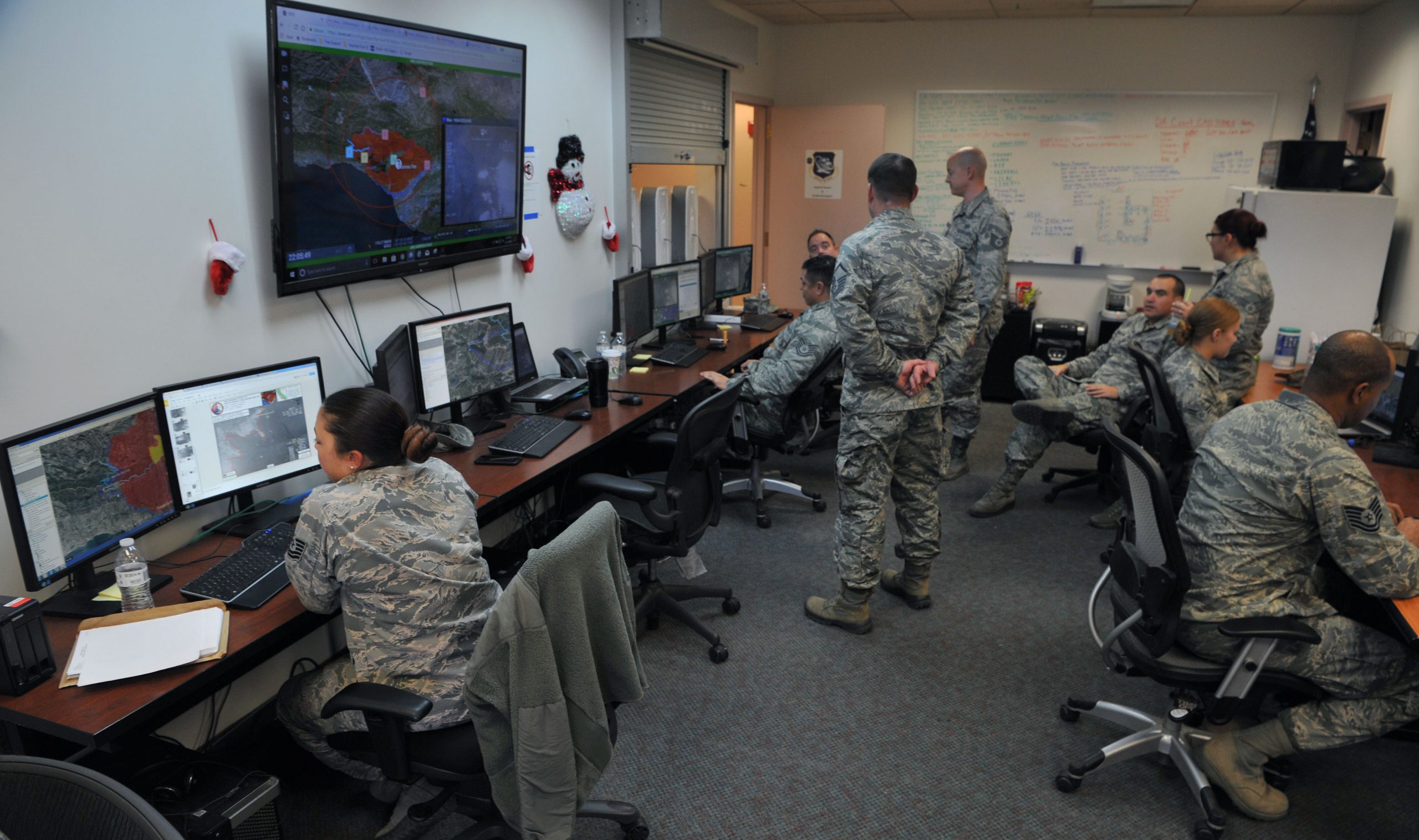 "New Yorkers always help their neighbors in their time of need, and I thank the members of 174th Attack Wing for representing the very best of the Empire State spirit as they assist our friends in California," New York Governor Andrew M. Cuomo said. "As California works day and night to stop these fires, New York is proud to provide reinforcements and the use of advanced technology to help identify where to dispatch firefighting efforts to end this tragic event."

The MQ-9s have been providing overhead video to fire managers using sensors that can see through smoke. The aircraft fly at high altitudes and are not affected by high winds, which can keep helicopters from operating over fire areas. They also have the ability to loiter over a given area for over 14 hours.

The full-motion video is used to map the fire lines and observe fire expansion and progression, Edwards said.

This ability to orbit continuously over a geographic area provides the incident commander a much clearer picture of the situation and enables them to make better response decisions, Air National Guard officials said.

“Having an asset in the air providing persistent observation is key to fulfilling the incident commander’s needs and crucial in identifying emerging active fire behavior,” said Air Force Master Sgt. Jason Tyler, chief of incident awareness and assessment for the California Air National Guard’s 234th Intelligence Squadron. “It allows fire departments to get ahead of it and take appropriate actions such as evacuating areas which the fire may affect.”

“We help out with damage assessment by getting the number of destroyed structures out quickly using satellite imagery and comparing it to imagery from the sensored aircraft,” he said. “Getting the numbers allows affected counties to get aid they need whether it's from a federal source or state agencies.”

The 174th Attack Wing deployed three MQ-9 pilots, three sensor operators — the airmen responsible for operating the state-of-the-art cameras and other sensor systems — and three imagery analysts Dec. 13. The airmen are due to return home Dec. 22.

This is the first time the wing has deployed its MQ-9 resources in support of civil authorities.