The Air Force chief of staff spoke about the challenges facing his service and what the Air Force must do in the future for the joint force, during a meeting with the Defense Writers’ Group today.

The Air Force chief of staff spoke about the challenges facing his service and what the Air Force must do in the future for the joint force, during a meeting with the Defense Writers’ Group today.

Gen. David L. Goldfein emphasized the importance to the joint force of incorporating the space domain. He also spoke about the manpower shortage the service faces and the need for dependable budgets for both the service and industry partners. 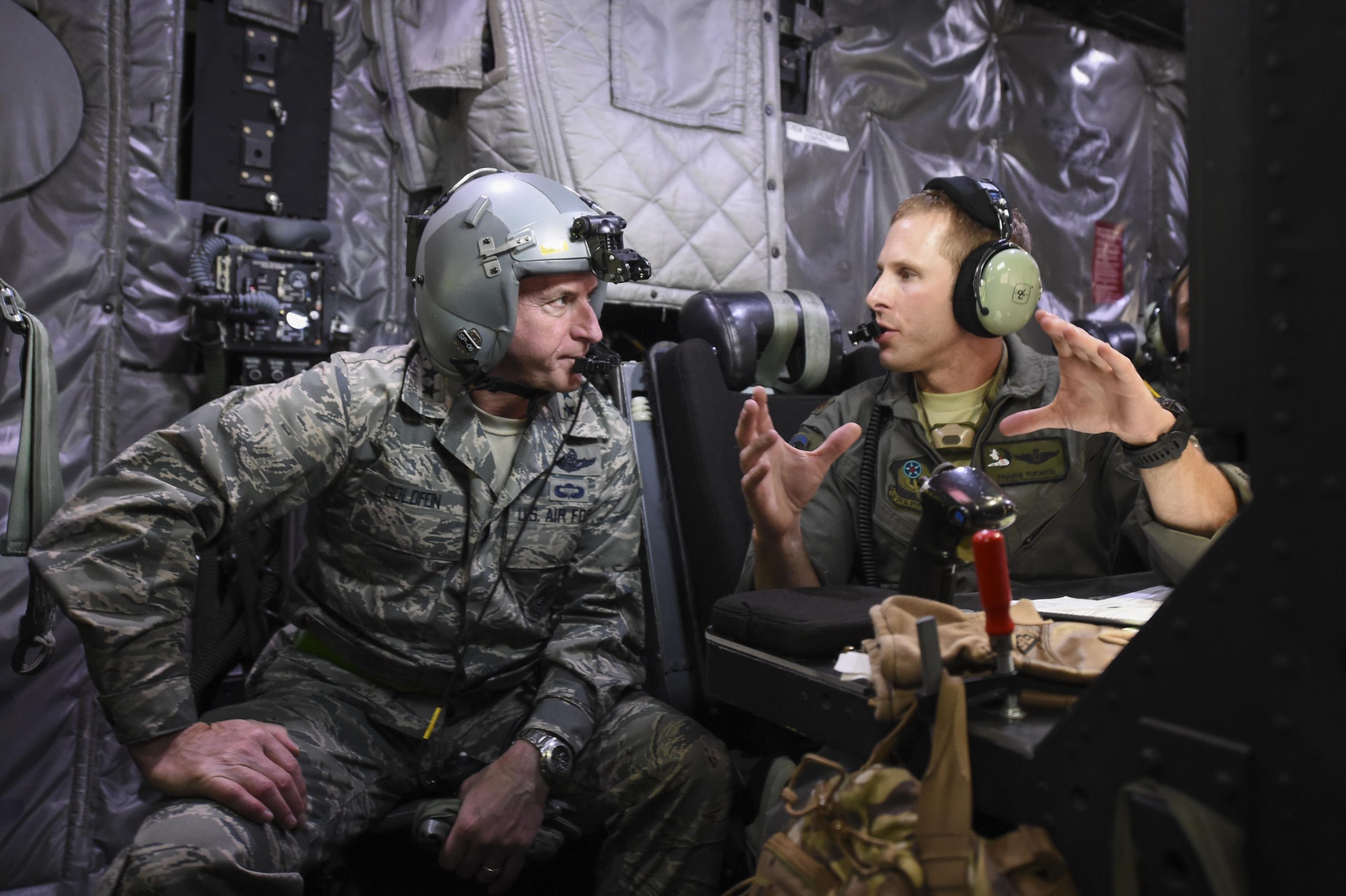 Airmen are taking the fight to the Islamic State of Iraq and the Levant on a daily basis, Goldfein said. During the counter-ISIL campaign in Mosul, he said, the Air Force was dropping ordnance on the group about every eight minutes.

The Air Force also killed hundreds of terrorists in their camps in Libya, and has gone after groups in Yemen, Goldfein said.

In Afghanistan, the Air Force is supporting Afghan forces with close air support and is helping in critical resupply efforts, the general said.

Airmen also are deployed and busy in South Korea, Poland, Germany, Djibouti, the Philippines and other areas, Goldfein said. In some places, he said, they are working with allies to strengthen their capabilities.

The Air Force also maintains the command-and-control system for all nuclear forces if “on the worst day of our nation” the president ever has to use these weapons, Goldfein said.

The Air Force also is in space, where the service maintains the satellites that tie the military together, the general said.

Space is where the Air Force literally touches every service member, Goldfein said, noting that the computers and global positioning systems that service members use each day are linked through Air Force satellites.

“Space is the connective tissue for the joint force,” the general said, noting he wants to “normalize” operations in that critical domain.

“As we talk about space as a joint warfighting domain, I want to make sure that as part of the dialogue we are not carving space out as something unique — that only people in the space business understand,” Goldfein said. “We need to look at space as just one more domain in which we operate, and we need to look at constructs used on land, sea and air, and see how many can be applied to space.” 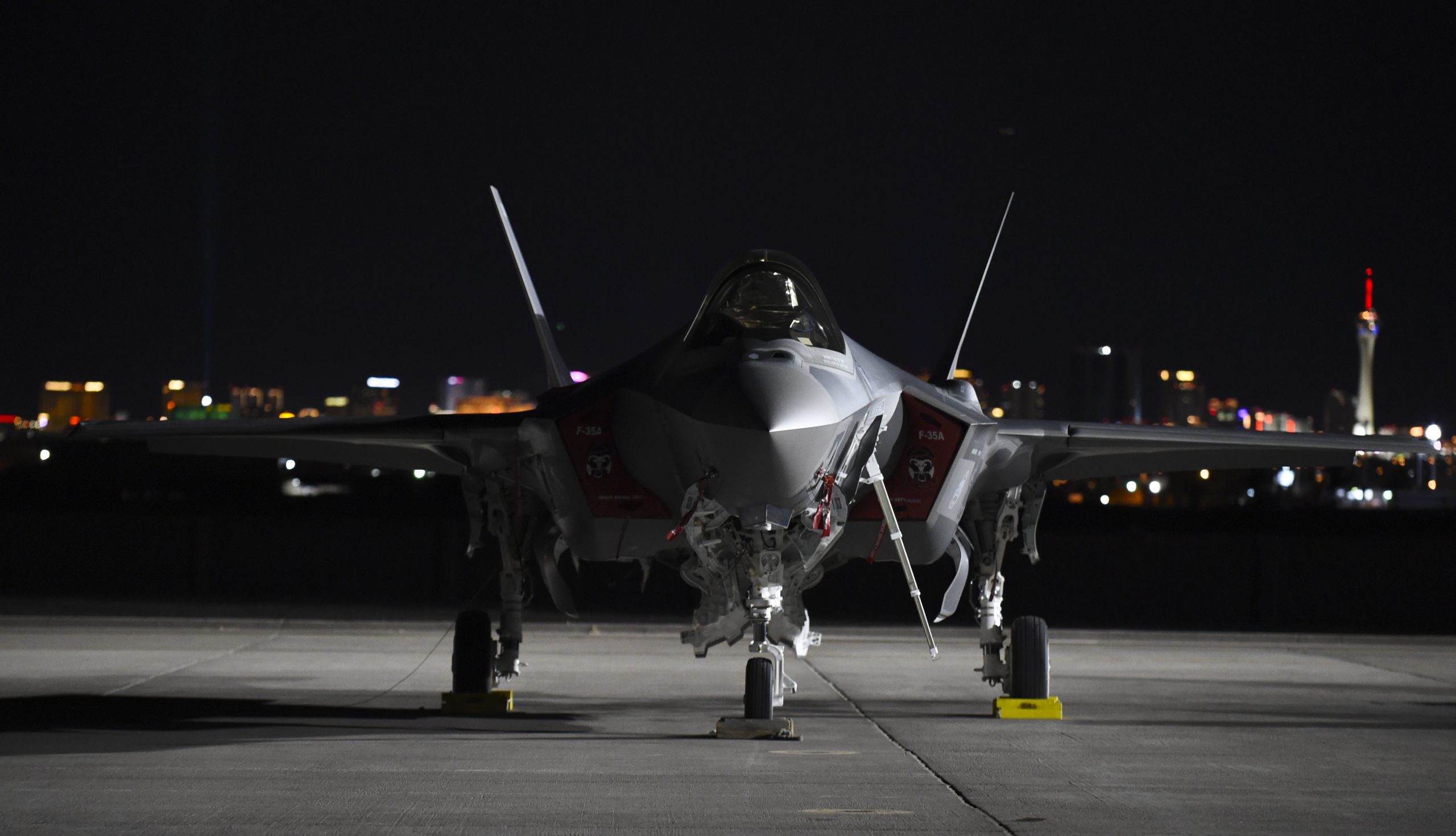 An F-35A Lightning II sits on the flight line during Red Flag 17-1 at Nellis AFB, Nev.

Putting the space domain in its own unique set could mean walls and seams — and therefor vulnerabilities — among the domains, Goldfein said. And if space is the connective tissue among the U.S. services, he added, it also connects the United States to its allies and partners worldwide.

The Air Force fleet is the oldest it has been, Goldfein said, noting the B-52 bomber was designed in the 1950s, with the last rolling off the assembly line in the late 1960s.

Goldfein said the Air Force wants to modernize its fleet, and that is why the F-35 is a priority for the service. The Air Force plans to buy about 1,600 F-35As, he said. “The more F-35s we can procure in the shortest period of time to reduce aircraft age and get more heavily into the 5th-generation capabilities” — the better,” Goldfein said.

But there are difficult choices ahead for the service, the general said. At the same time the Air Force is buying more F-35s, he said, the service needs to also buy new tanker aircraft, pay for the B-21 bomber program and fund the nuclear modernization program. Add to that, he added, investment in space programs and cyber defense programs and recovering readiness from the trough it went in following sequestration.

“One thing on my wish list is a stable budget I can plan against with a reasonable expectation for the future so I can make good fiscal decisions,” Goldfein said.

The year-to-year changes in the defense budget make it extremely difficult to make any long-term investments in future capabilities, he said. This impacts the service, and industry partners, he said.

“I was in Boeing in Los Angeles and visited the people in the business of building satellites,” Goldfein said. “That’s a pretty sophisticated workforce.”

He added, “When I jerk the throttle around in one-year budgets and I tell them, ‘I think I need this much in two to three years from now, but I’m not sure because I think I’m going to get a continuing resolution which means I can’t spend.’” That CEO, he said, “has to somehow sustain that sophisticated workforce. One-year budgets wreak havoc on a service chiefs ability to plan, and on industry.”

One huge change the Air Force is grappling with is on multi-domain command and control, Goldfein said. Gathering land, sea, air, space and cyber together will be key to military success in the future, the general said.

“Part of this is a dialogue within industry and the acquisition corps,” he said.

“As we look at the 21st century, perhaps it’s time to focus less on the trucks and the cargo and more on the highway they ride on,” the general continued. “Because traditionally, we’ve built weapons systems and procured munitions and sensors, and then looked at the way to connect them.”

“In the future, we need to ask what is the network we will ride on and then what are the apps we’ll need to ride on that network,” he said. “Some of those roll, walk, steam, fly and orbit and it is only as we can connect them as a family that we get multiple dilemmas for an enemy in multiple domains, where 1 plus 1 equals 3 or more.”