Space capabilities have created a revolution in military affairs, an environment in which information is key to the battlespace and deterrence means war will never be fought in space, the commander of U.S. Strategic Command said

Space capabilities have created a revolution in military affairs, an environment in which information is key to the battlespace and deterrence means war will never be fought in space, the commander of U.S. Strategic Command said this week at Stanford University in California. 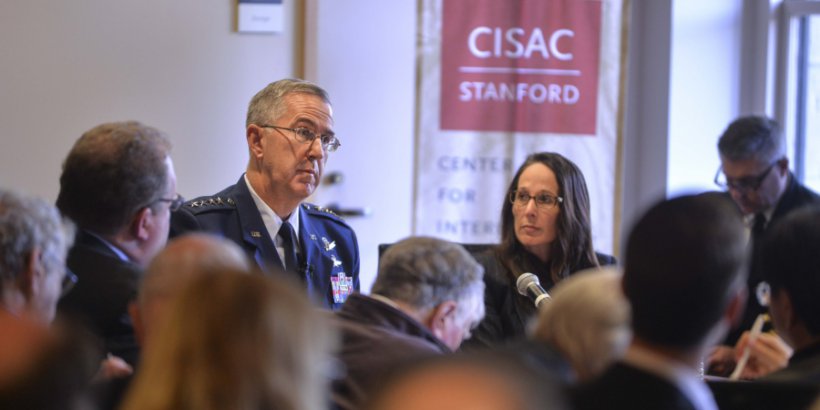 Hyten was nominated for reassignment to head Stratcom in September 2016. He commanded Air Force Space Command from 2014 to 2016.

“I have two jobs as commander of Strategic Command,” he said.

Job No. 1 is defending America against all threats, Hyten explained, and job No. 2 is defending and protecting the space environment so space is available for exploration to every generation in every nation.

The space domain is critical to every military operation, the general said, noting that everything from humanitarian to major combat operations critically depend on space capabilities.

Hyten said the most important element of space is geosynchronous orbit, a circular orbit 22,300 miles above the planet where satellites appear to be stationary above the surface of the earth. British science fiction writer, futurist and inventor Arthur C. Clark mathematically determined the orbit in 1947, the general said.

The orbit, also called GEO, is important for communications, television and radio satellites and for critical military satellites, Hyten said.

“That’s where we do our special communications, from national command-and-control communications [to] … our nuclear business,” he added. “If somebody wants to threaten that and if they do something to geosynchronous orbit because of where that orbit is, the debris that's created will be there forever.”

“We have to deter bad behavior in space and we have to deter conflict in space,” he added, especially against adversaries like China and Russia that are building weapons in low earth orbit and in GEO that will deploy from the ground to these areas of space.

As Stratcom commander, Hyten said, “that means I have to figure out with the 184,000 people who work under Strategic Command how we defend the nation against that kind of threat and how I deter that conflict from ever happening.”

Hyten said China has stated publicly that its goal is to use space only for peaceful purposes.

China also has been a vocal supporter of the United Nation’s Committee on the Peaceful Uses of Outer Space, he added, “and at the same time they're the most aggressive nation in the world, building weapons that will challenge the United States in space in the future.”

The Chinese government tested its low earth orbit capability in 2007, the general said, “and … they continue to test that capability today … at multiple orbital regimes.”

He added, “In the not-too-distant future, they will be able to use that capability to threaten every spacecraft we have in space. We have to prevent that, and the best way to prevent war is to be prepared for war. So the United States is going to do that, and we're going to make sure that everybody knows we're prepared for war.”

To make sure war never happens in space, the general said, the United States has been working since after the first Gulf War in 1990-1991 to bolster and build new space capabilities.

“In February three years ago we announced the existence of a program called the Geosynchronous Space Situational Awareness Program — GSSAP,” Hyten said, adding that the Air Force has four satellites in GEO now that are “basically a neighborhood watch program for everything that goes on in that high-value orbit.”

The Air Force made the formerly classified program public because it wanted the world to know that nothing could be done in GEO that would catch the United States by surprise, he said.

The Air Force also began a series or war games at Schriever Air Force Base in Colorado, where players explore “what conflict would look like if it extends into space someday and how we would fight it,” Hyten said. 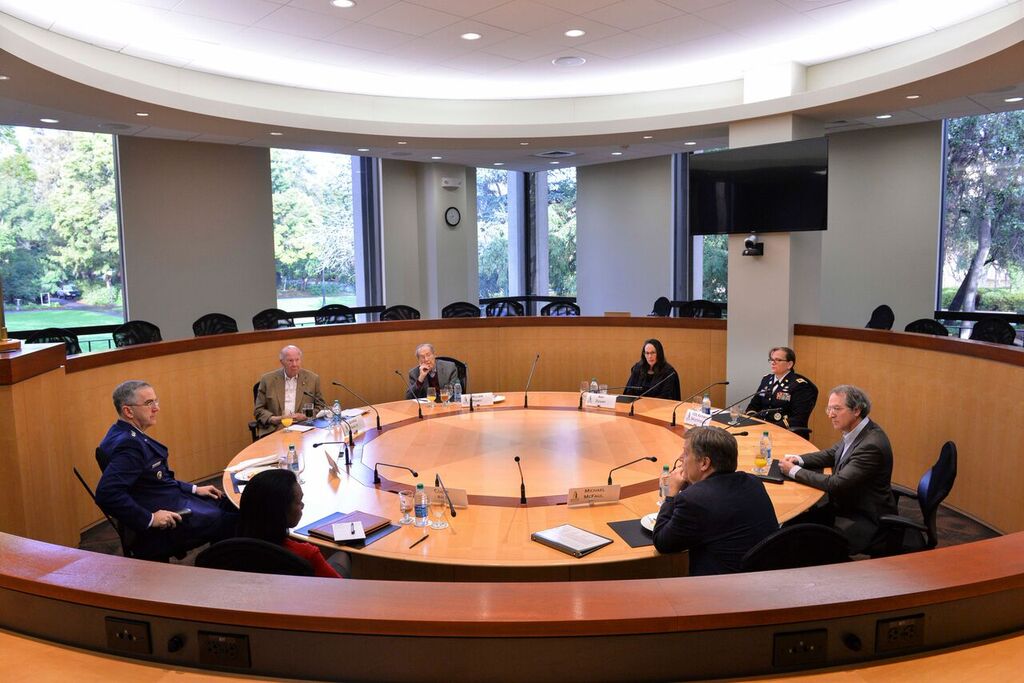 And they developed something called the Space Enterprise Vision.

This, according to a 2016 Air Force Space Command news release, is an integrated approach across all space mission areas, coupling the delivery of space mission effects to the warfighter — including communications, positioning, navigation and timing, missile warning and weather data — with the ability to protect and defend space capabilities against emerging threats.

Hyten said JICSpOC is a place “where we experiment on war that extends into space so we understand what that is.”

There was no commercial industry to speak of when the Air Force started building its current architectures in the 1990s in response to the first Gulf War, the general said, but now there’s a huge commercial enterprise with companies that maintain their own satellite constellations and provide services such as space launch, satellite imagery and more.

“All those things are out there right now, and a lot of folks in the military think it doesn’t pertain to us,” Hyten said. “But it pertains to us in two ways. No. 1, it creates an economic environment that the U.S. military will have to defend at some point, and it creates an opportunity for us to take advantage of a commercial sector … to do the missions that we have to do.”