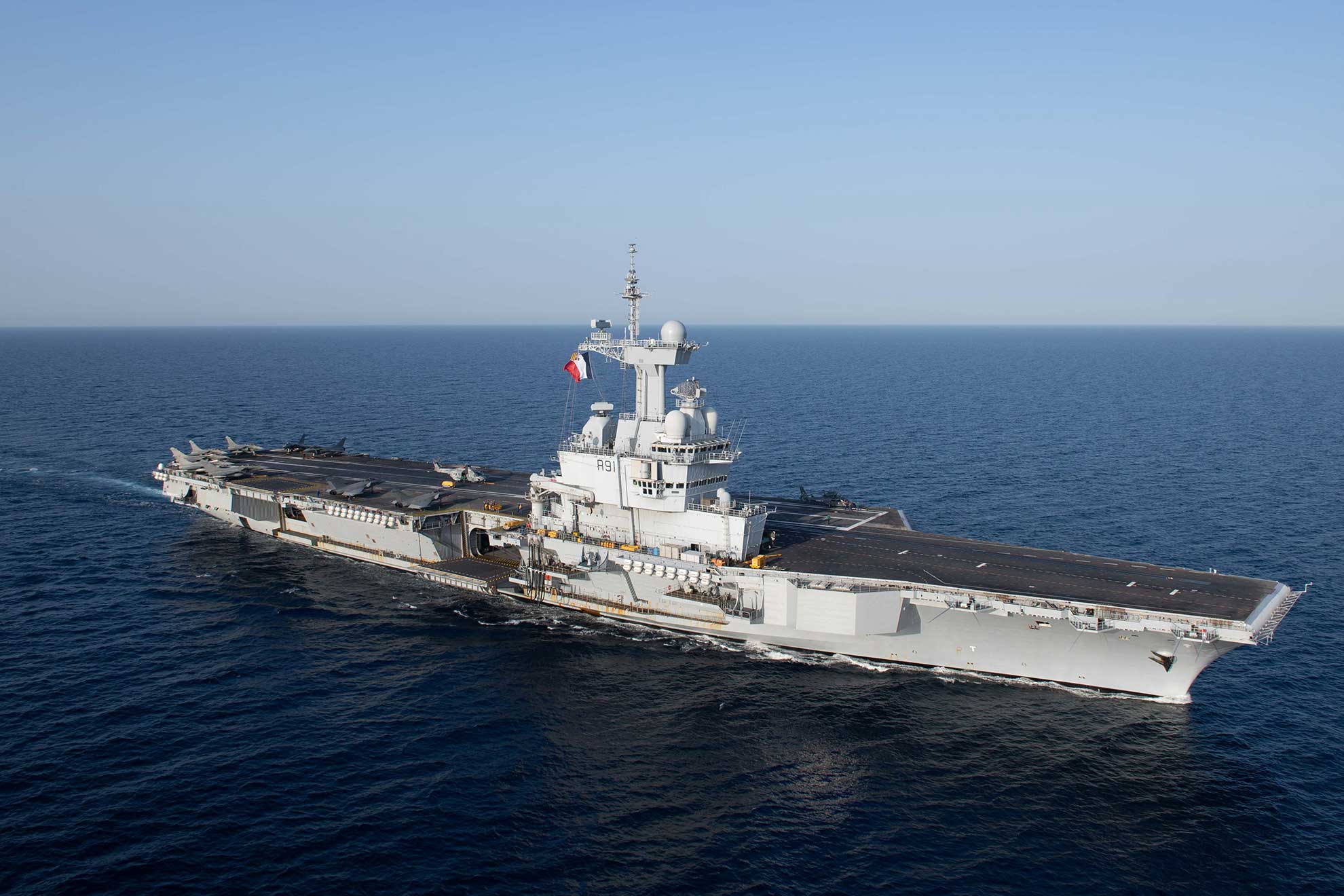 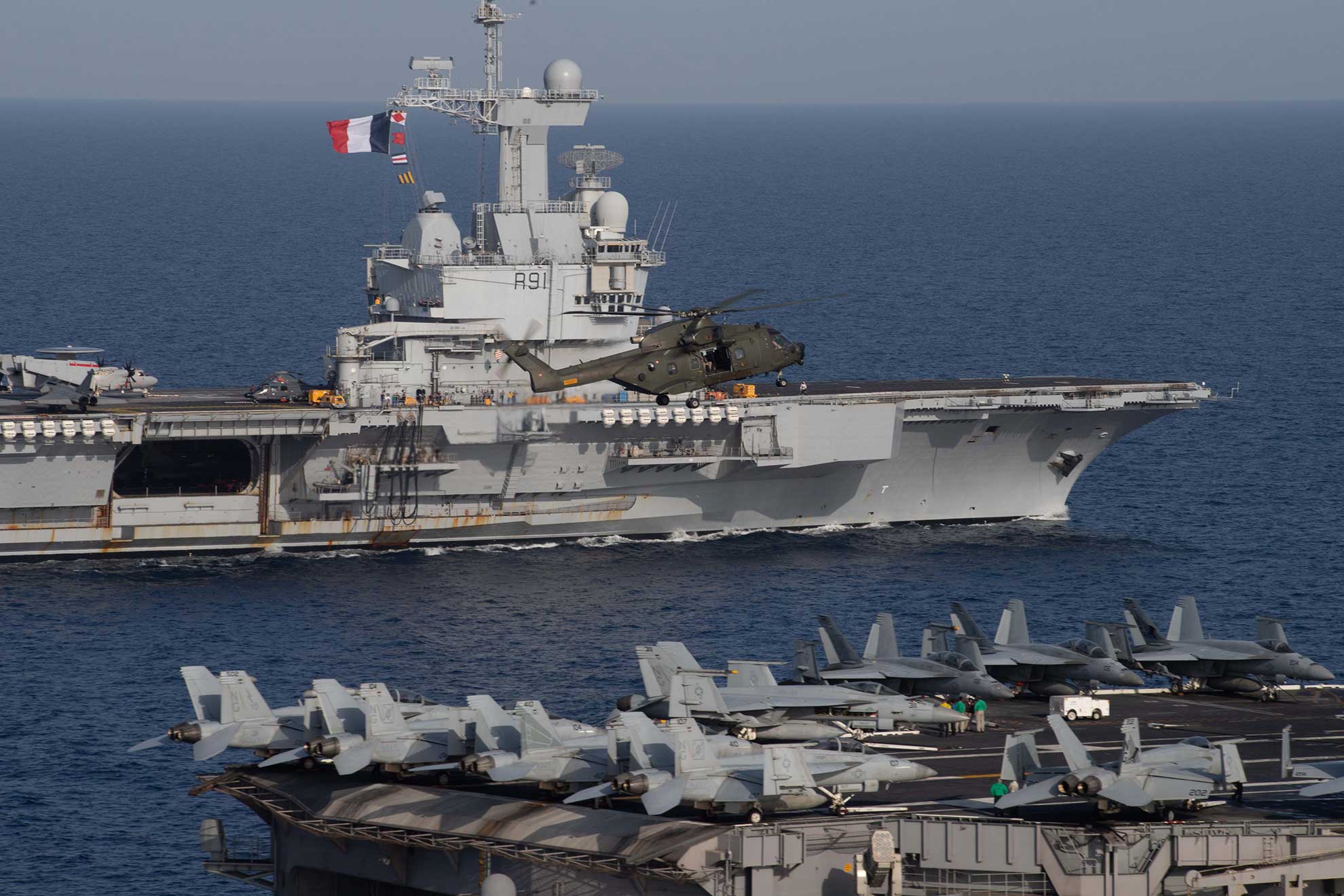 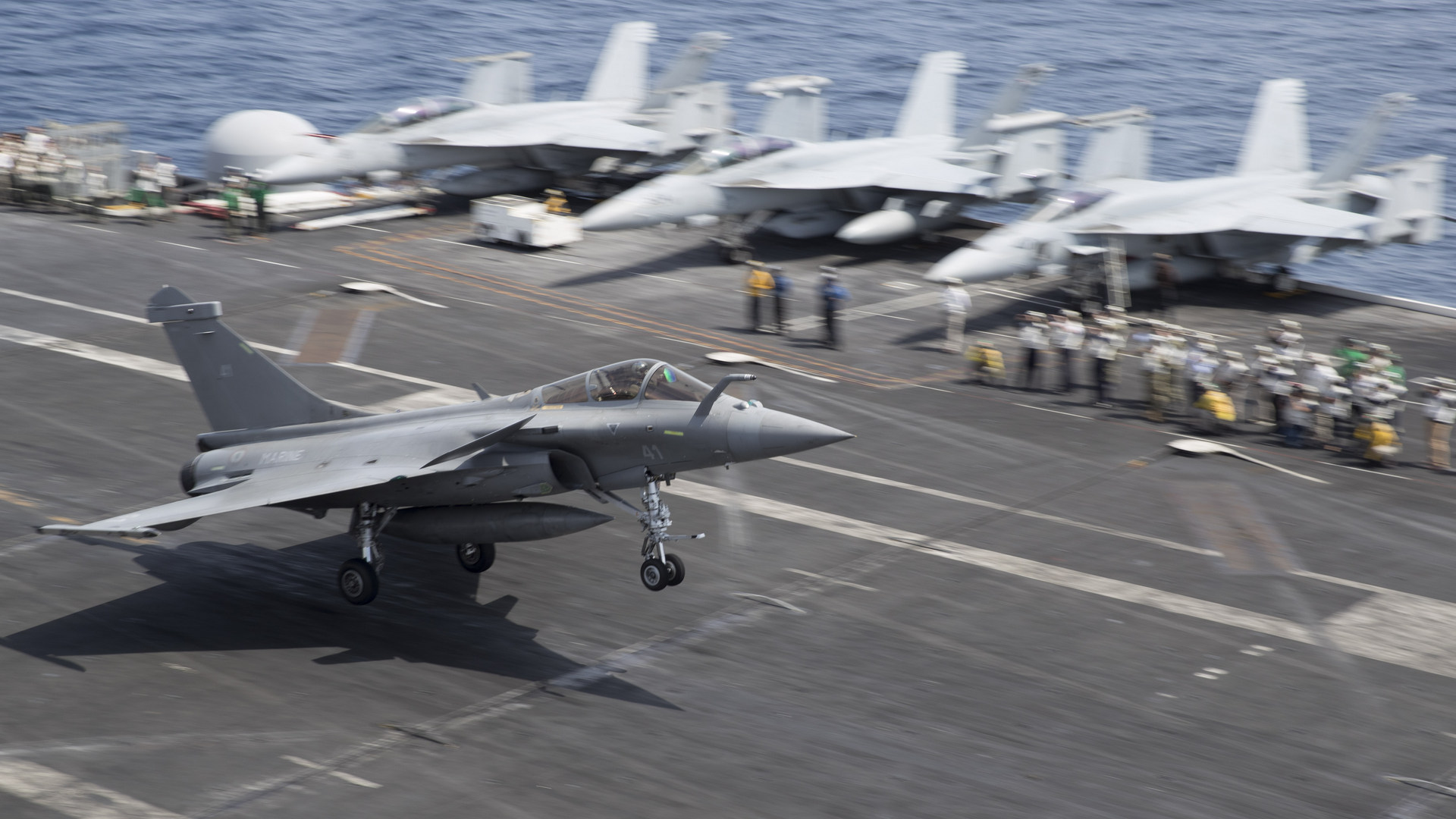 The ships and their crews were put through several integrated training events. 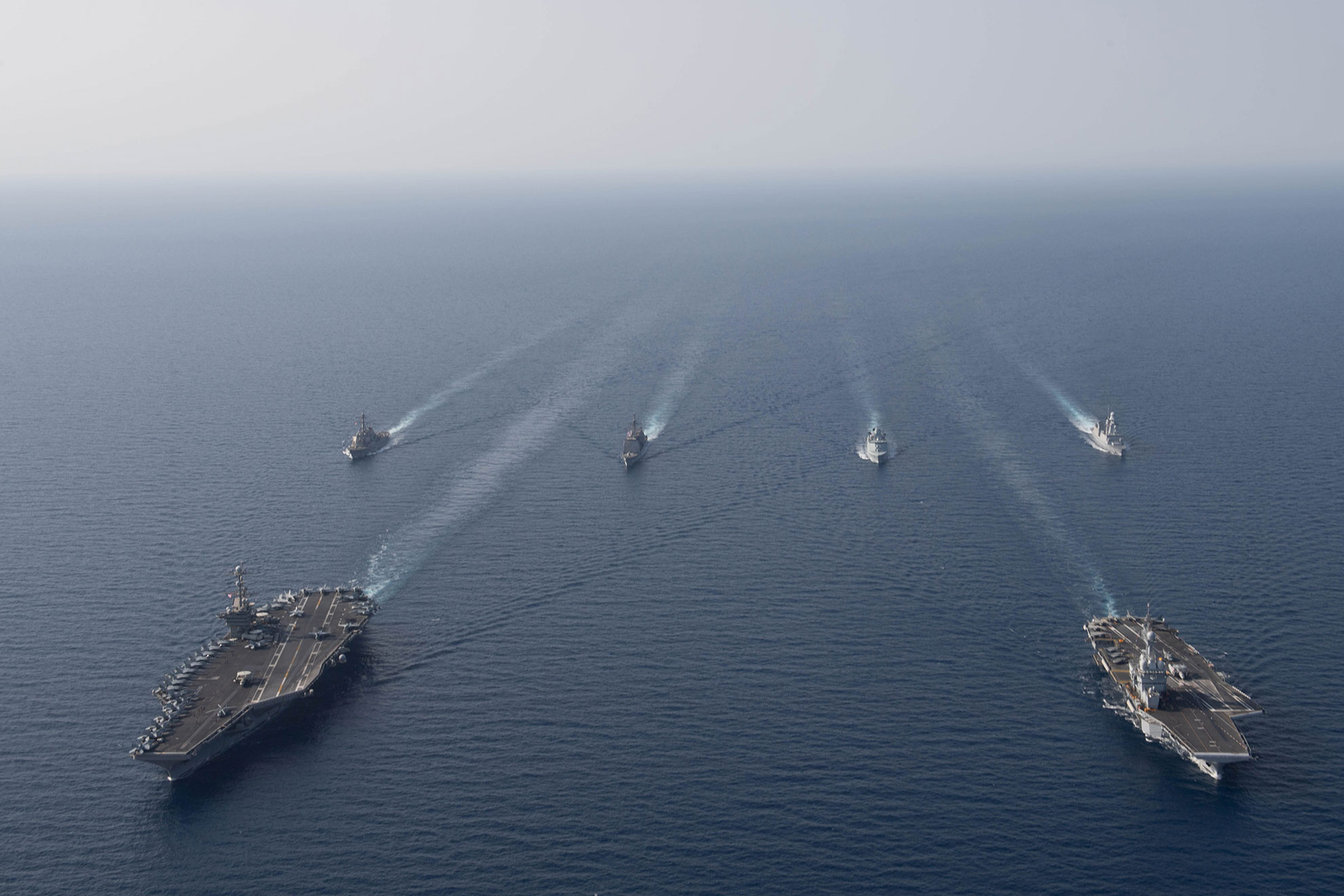 “We did a liaison officer exchange, where their CAG-Ops and admiral spent time aboard the John C. Stennis, and our admiral went to the Charles De Gaulle,” said Bowens. “We also exchanged landing signal officers from both aircraft carriers to cross-train. Both carriers have similar aircraft landing equipment.”

Conducting joint operations and exercises in the region with allied NATO partners is beneficial to everyone involved.

“[This] PASSEX enhances partnerships with our NATO allies, and promotes interoperability,” said Bowens. “We can better understand how each other operates. [The John C. Stennis Carrier Strike Group’s] mission often includes presence operations, and when we work in combined airspace, we show strength through resolve. We’re not just two aircraft carriers passing by each other at sea, we’re working together.”
A similar viewpoint was shared by French leadership.

“This PASSEX with John C. Stennis strike group, a few days only after entering the Red Sea, emphasizes Charles de Gaulle’s come back at its highest level,” said Capt. de Saint Germain, commanding officer of Charles de Gaulle. “That kind of interaction is the best way to increase our interoperability with our American ally.” 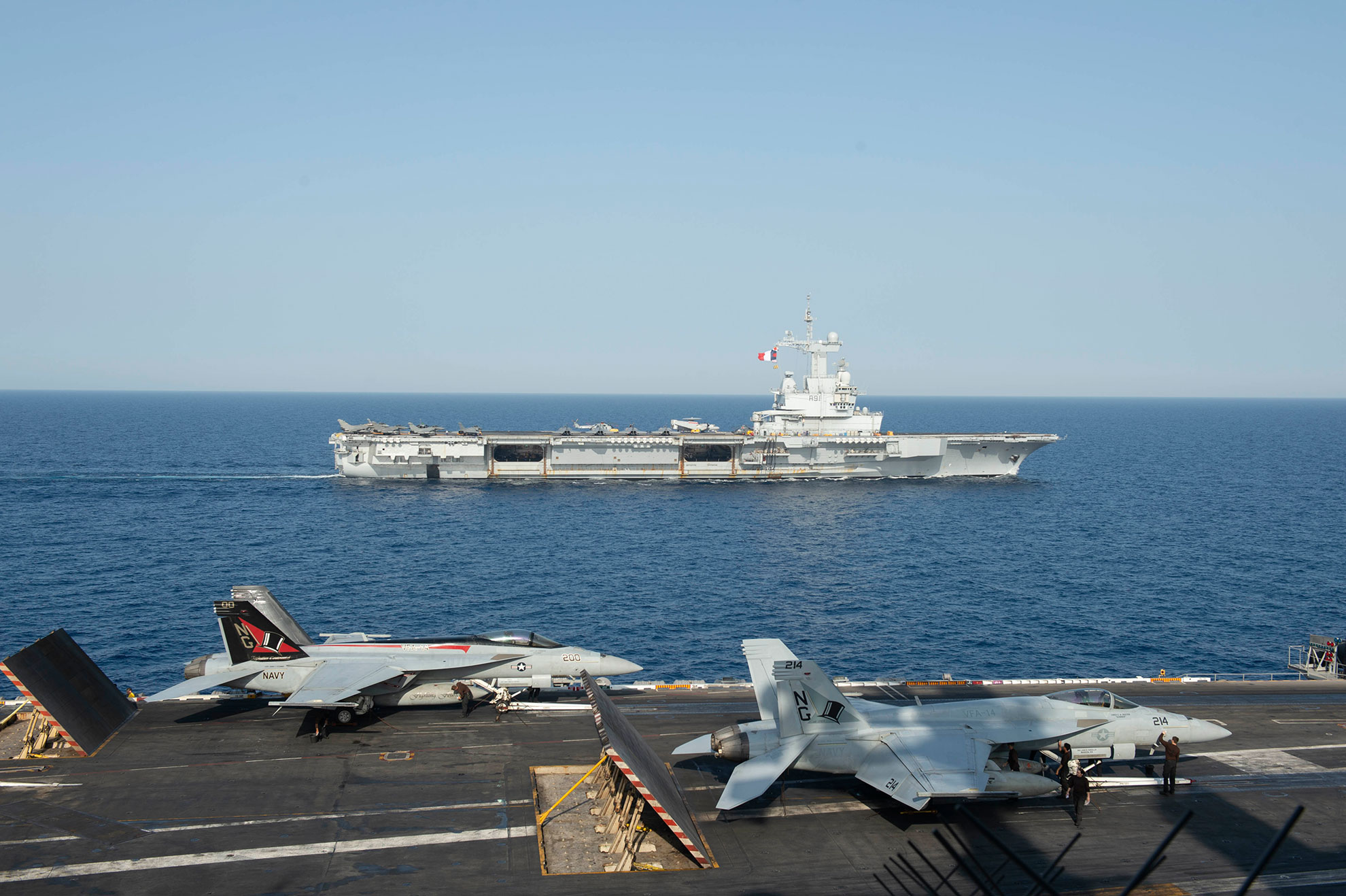 The John C. Stennis also provided targets for French Rafales to strafe at during the nighttime GUNEX.

PASSEX is just one of many exercises conducted by partner-nations in support of regional security and stability. The exercise concluded with a photo exercise, capturing the strength through unity that multi-national navies have while operating together.

The John C. Stennis Carrier Strike Group is deployed to the U.S. 5th Fleet area of operations in support of naval operations to ensure maritime stability and security in the Central Region, connecting the Mediterranean and the Pacific through the western Indian Ocean and three strategic choke points.

U.S. 5th Fleet area of operations encompasses about 2.5 million square miles of water area and includes the Arabian Gulf, Gulf of Oman, Red Sea, and parts of the Indian Ocean. The expanse is comprised of 20 countries and includes three critical choke points at the Strait of Hormuz, the Suez Canal, and the Strait of Bab al-Mandeb at the southern tip of Yemen.