The Arleigh Burke-class guided-missile destroyer USS Porter (DDG 78) returned to Naval Station Rota, Spain, April 14, and remains in a ready condition after a four-month patrol in the U.S. 6th Fleet area of operations. 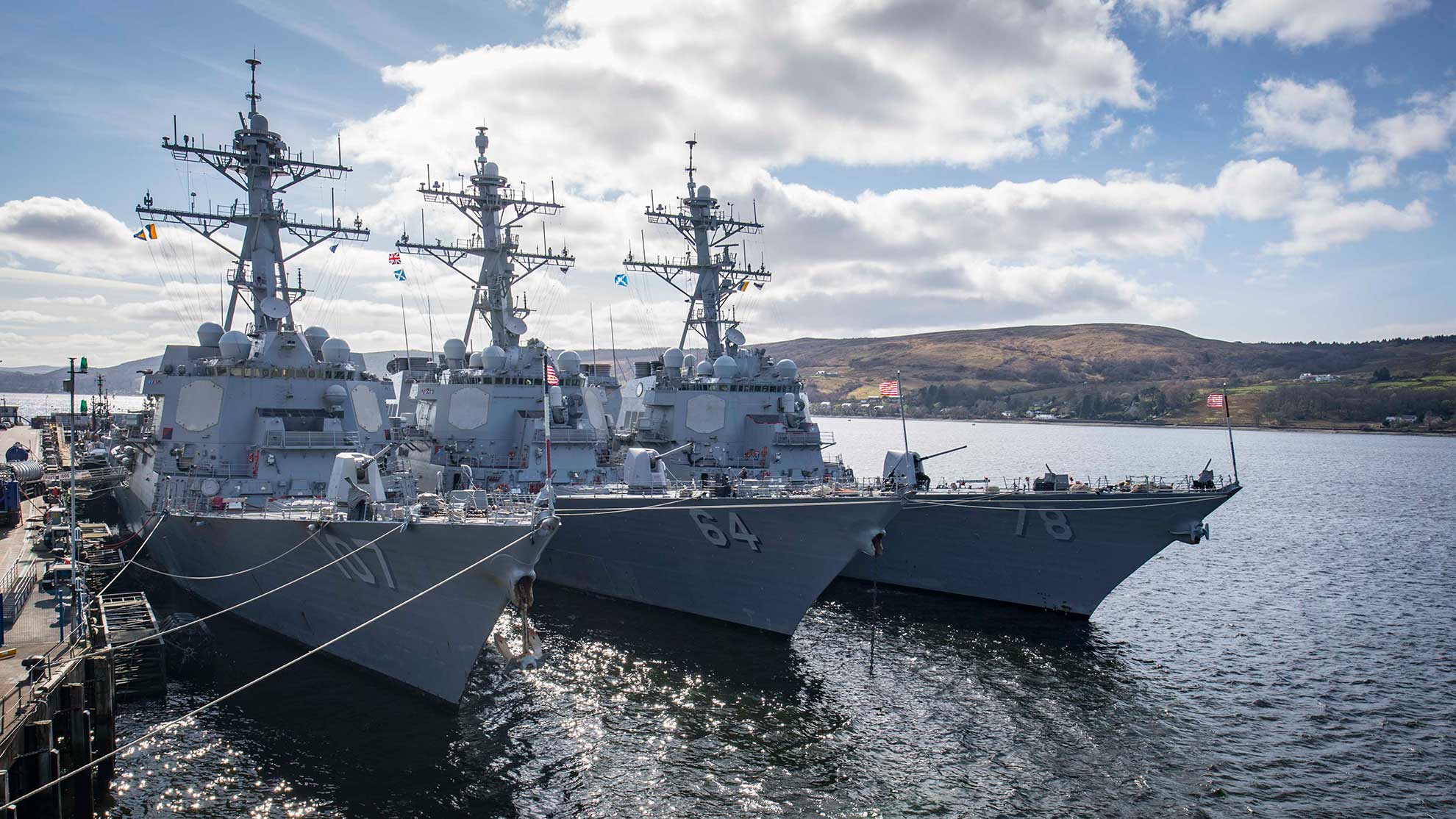 "I'm very proud of this crew of champions for a wildly successful patrol,” Cmdr. Craig Trent, Porter's commanding officer, said. “We worked hard together as a team, flexed to overcome many obstacles, and accomplished the mission as a team. I'm excited for our return home and the opportunity it provides to reconnect with ourselves and our loved ones." 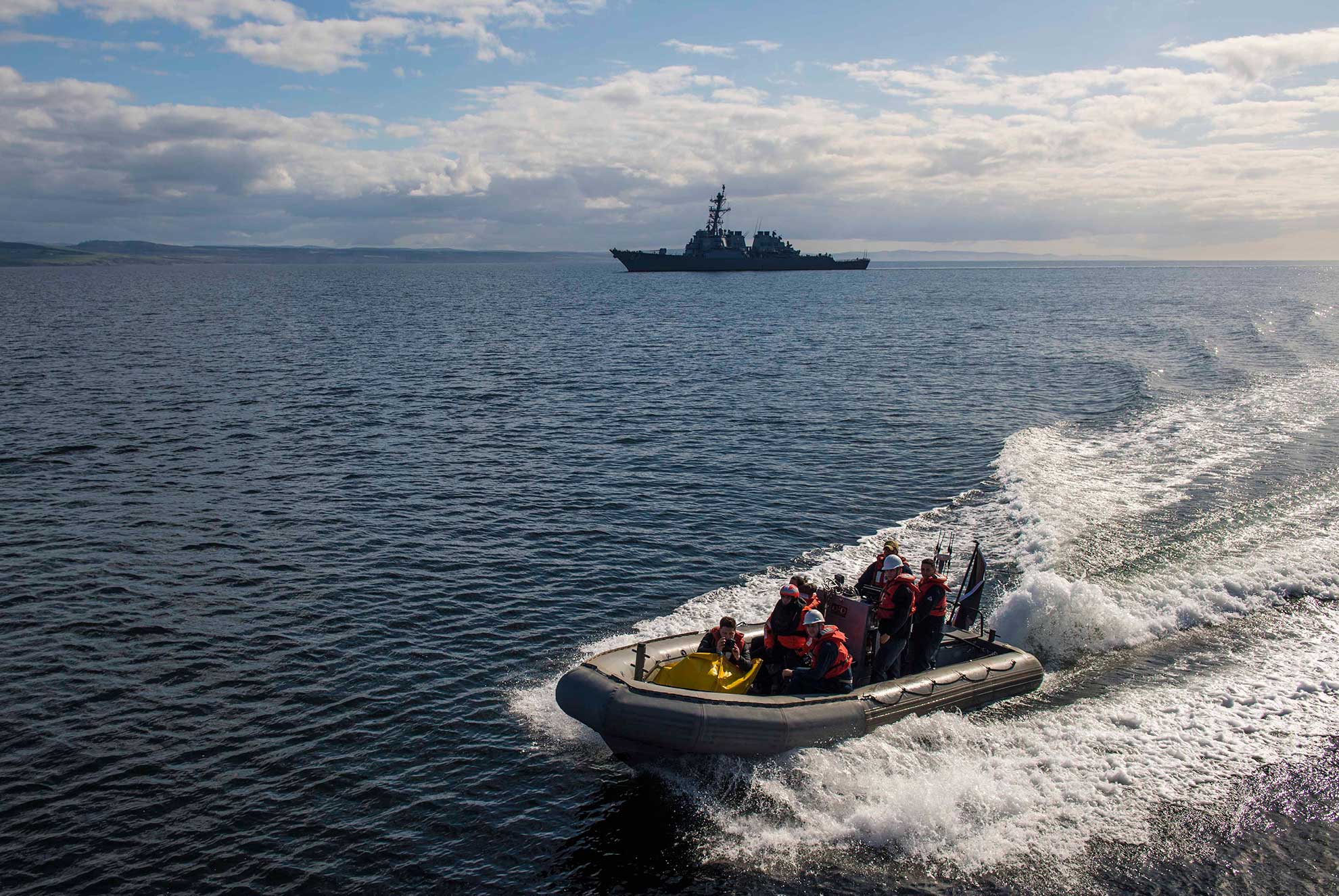 During the patrol, the ship moored in five countries to include; Turkey, Latvia, Demark, Scotland and England. While in port the crew hosted three luncheons and a reception in Denmark for over 100 local officials including the U.S. Ambassador to Denmark, Carla Sands, and Danish Lt. Gen. Max Nielson, the Danish vice chief of defense.

The crew gave back to the communities by volunteering in community relations by helping refurbish a house into a storage facility for animal food at one of Latvia's animal parks and refurbishing the ‘Maid of the Lock,’ the oldest steam powered paddle boat in the United Kingdom (UK), while in Scotland. 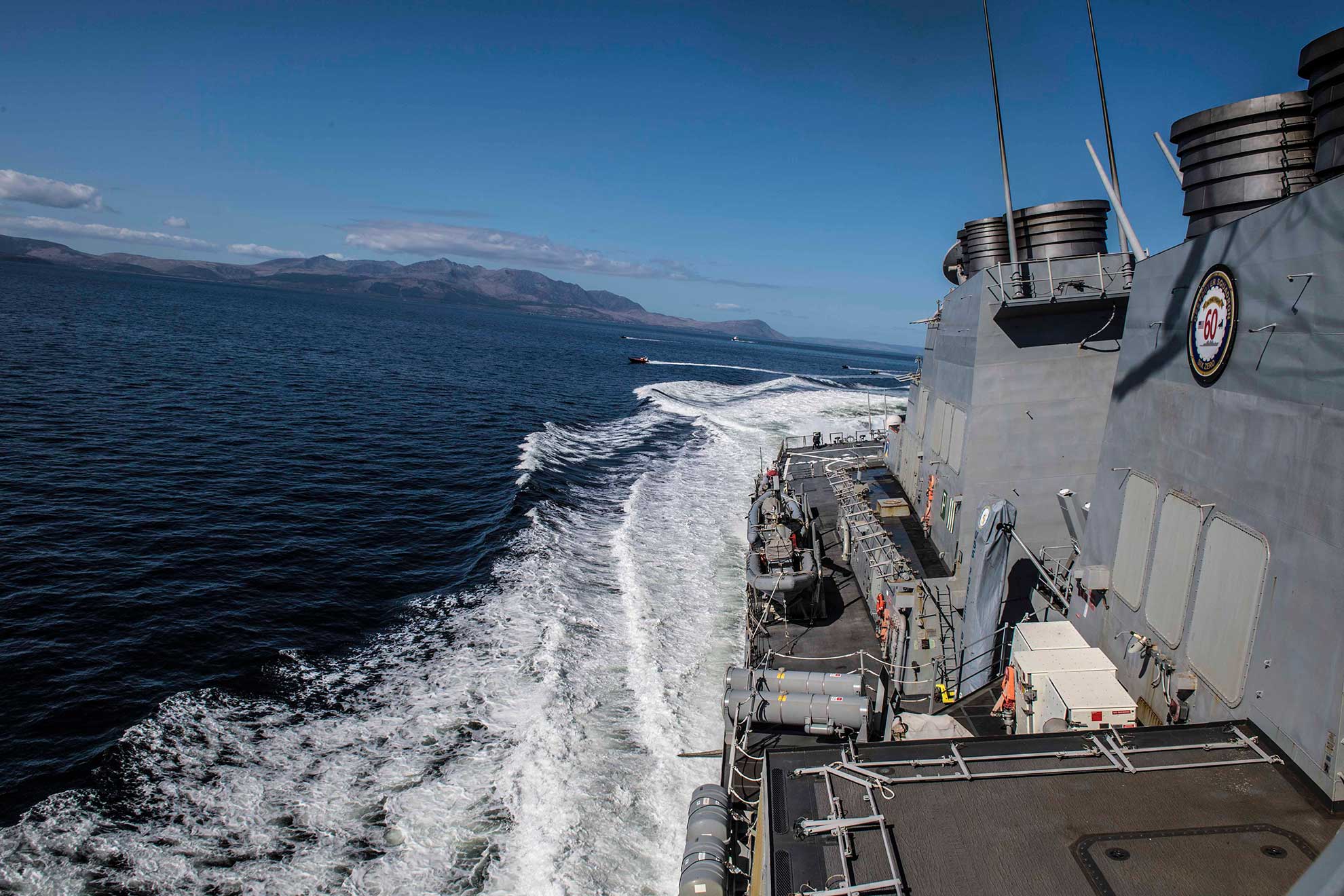 At the midpoint of the patrol, Porter returned to Rota for a three-week training and maintenance availability (TRAV). This availability allowed Porter to do any necessary maintenance and continue to earn certifications while in port.

Following TRAV, Porter participated in Flag Officer Sea Training (FOST) which originates from the UK’s naval bases with the purpose of delivering operational training across all disciplines for the Royal Navy and other navies desiring to make use of its services.

“FOST represents the pinnacle for building cohesion and teamwork within a warship,” Lt. j.g McKenzie Anderson, Porter’s training officer, said. “Porter's crew has learned to flex to new casualties, new reporting procedures, and new methods of communication between ships in a task group. Our ability to work with other NATO units highlights our ability to be anywhere, at any time, and work cohesively with any NATO ship to accomplish any mission.” 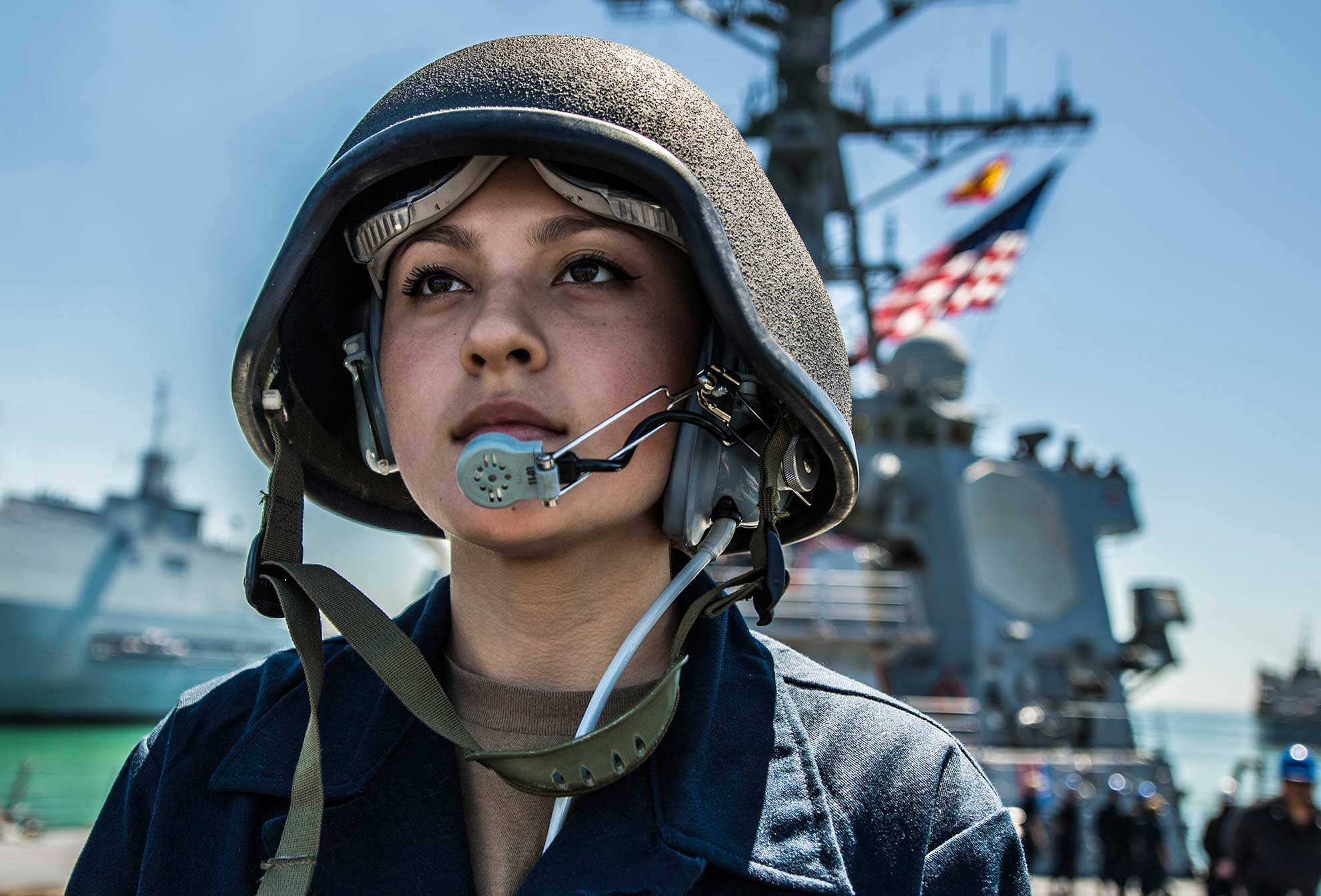 After completing FOST, Porter participated in exercise Joint Warrior (JW) 19-1 along with the guided-missile destroyer USS Carney (DDG 64) and approximately 10,000 military personnel, 35 warships, five submarines, and 59 aircraft from 13 countries in the Northern Channel and North Sea, before turning its bow toward Rota and home.

Joint Warrior is a series of biannual exercises designed to provide NATO, allied, and partner forces with a unique multi-warfare environment in which to prepare for global operations. 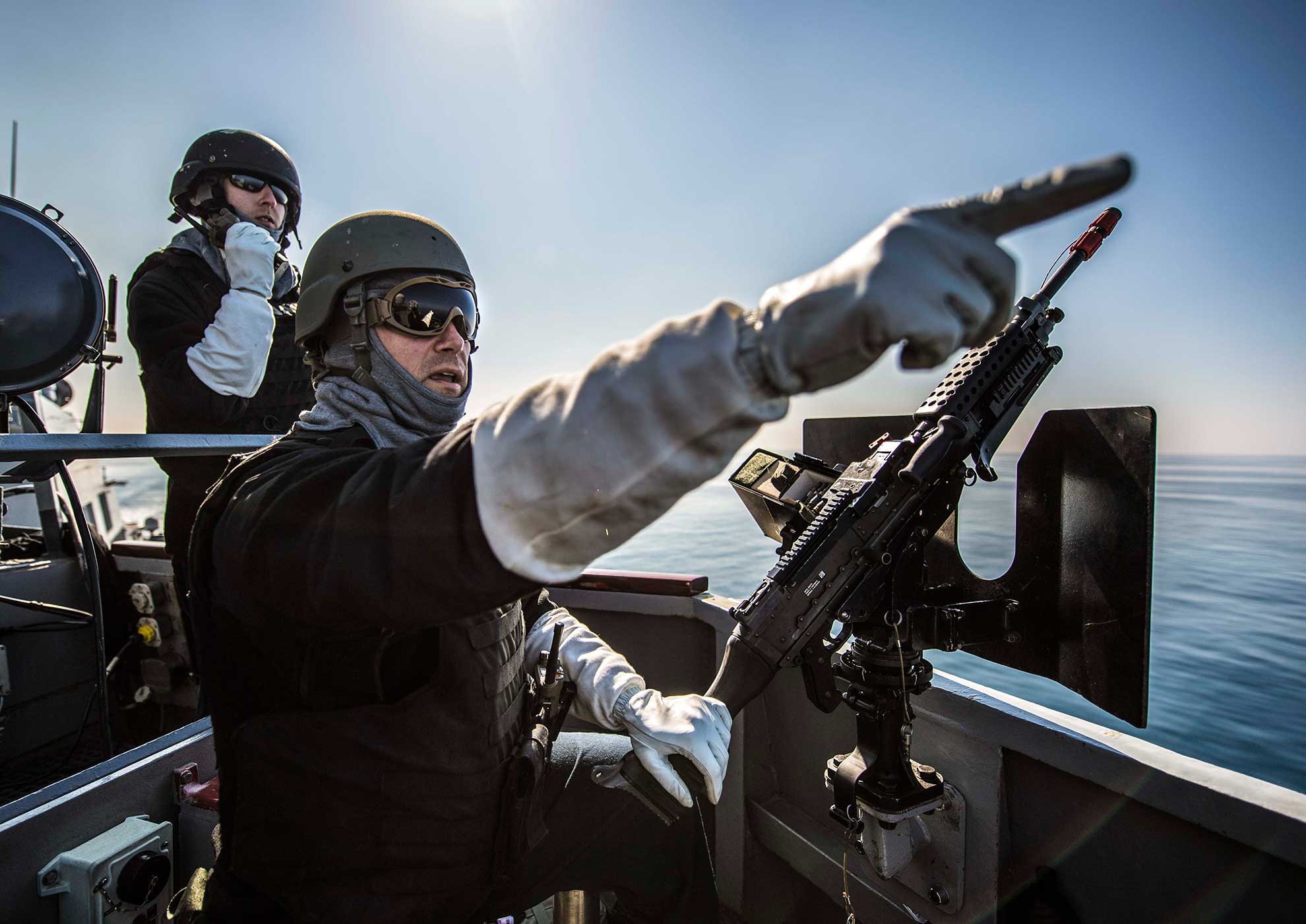 U.S. 6th Fleet, headquartered in Naples, Italy, conducts the full spectrum of joint and naval operations, often in concert with allied and interagency partners in order to advance U.S. national interests and security and stability in Europe and Africa.