TSTA focuses primarily on damage control, medical, engineering and combat systems casualties inside of the ship, as well as seamanship, navigation, anchoring and small boat operations; while FEP focuses on the ship's overall competency during deployment.

TSTA focuses primarily on damage control, medical, engineering and combat systems casualties inside of the ship, as well as seamanship, navigation, anchoring and small boat operations; while FEP focuses on the ship's overall competency and proficiency in solving advanced situational problems that could arise during deployment. 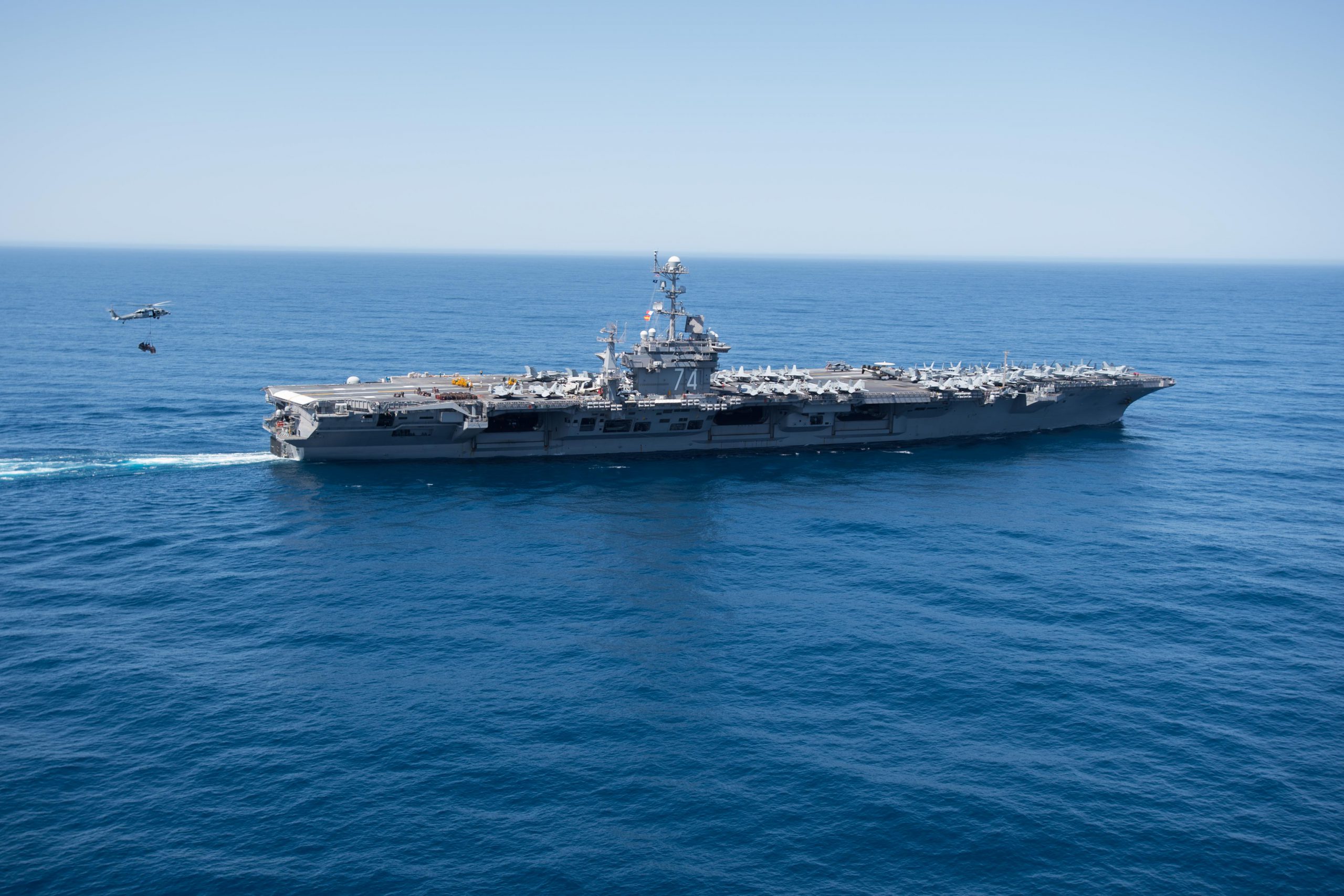 During the evaluation, John C. Stennis demonstrated events critical to operation and survivability of the ship in various situations resulting in a 96 percent overall grade, taking Stennis one step closer to becoming deployment ready.

"We had over 950 graded evolutions between TSTA in port and out to sea, and we knocked it out of the park with Stennis and 'Team Shogun' (Carrier Air Wing 9 personnel) working together," said Capt. Greg Huffman, commanding officer, John C. Stennis.

"The ship was able to complete in 14 days an event that typically takes 27 days at sea due to the crew's superior performance in responding to casualties and scenarios," said Lt. Cmdr. Clarence Washington, John C. Stennis' training officer. "That puts us two weeks ahead and able to conduct more advanced integrated phase training."

Many different departments had a part to play and different evaluations they had to undergo to prove their proficiency. Afloat Training Group (ATG) tested combat systems department on their radars, communications, Navy multiband terminal (NMT) systems and broadcasting. 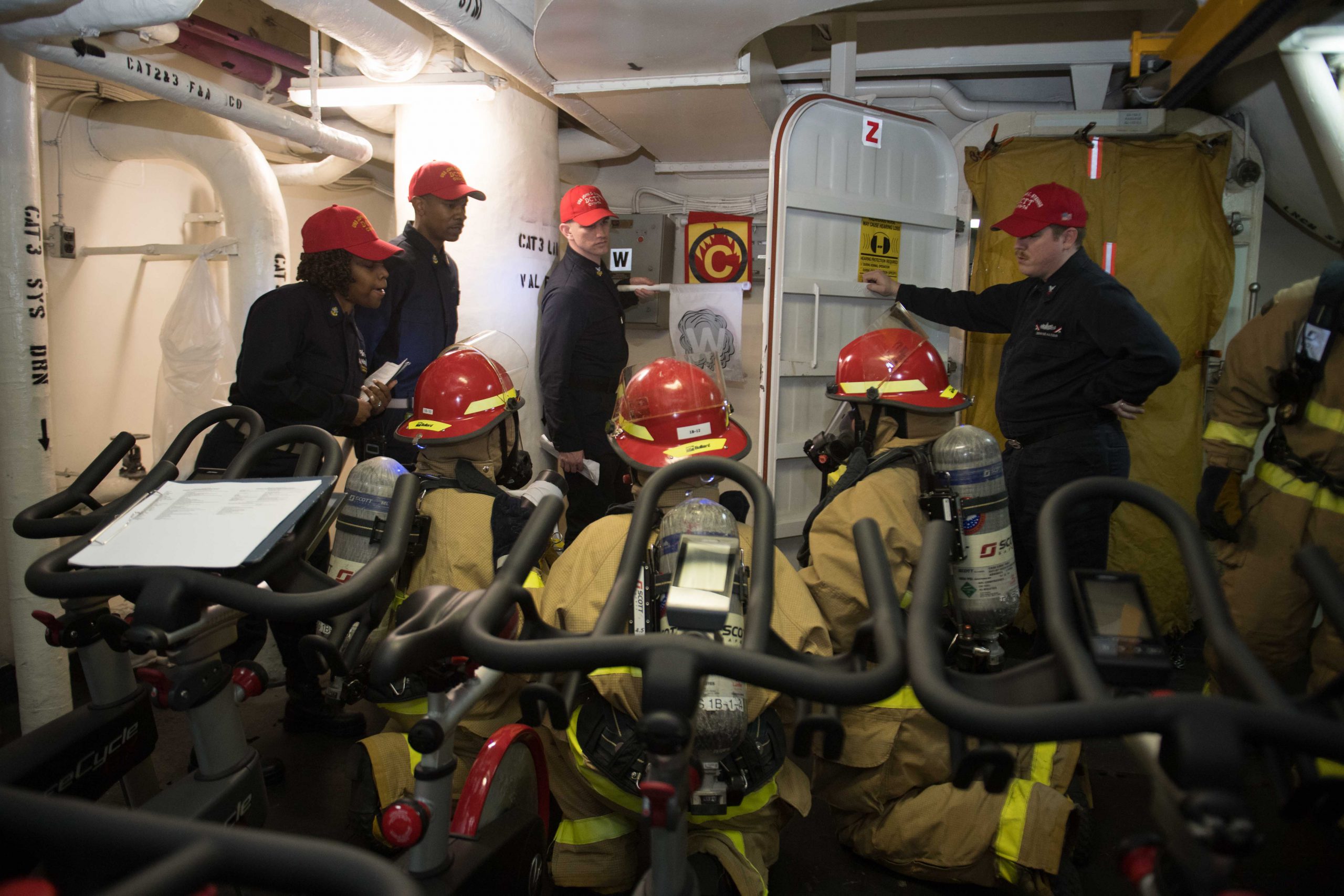 Sailors simulate fighting a fire during a general quarters drill

"Our training team is overall responsible for conducting casualty control drill sets that impose realistic scenarios that watchstanders may face during an actual casualty," said Senior Chief Information Systems Technician Joseph Czechowski, leading chief petty officer for combat systems. "The end state is to train every member to autonomously react to a casualty and allow the ship to reengage in the battle."

Engineering department's damage control division had their training efforts put to the test throughout the entirety of TSTA/FEP.

"We have been running drills and conducting DC rodeos since PIA," said Chief Damage Controlman Matthew Wierson, ship's fire marshal and damage control training team lead. "We've maintained our proficiency by running various training and drill sets to prepare for this event and future ones. We scored a 100 percent on our zebra setting, completing this task in nine minutes, the best for a carrier ever seen by our ATG team." 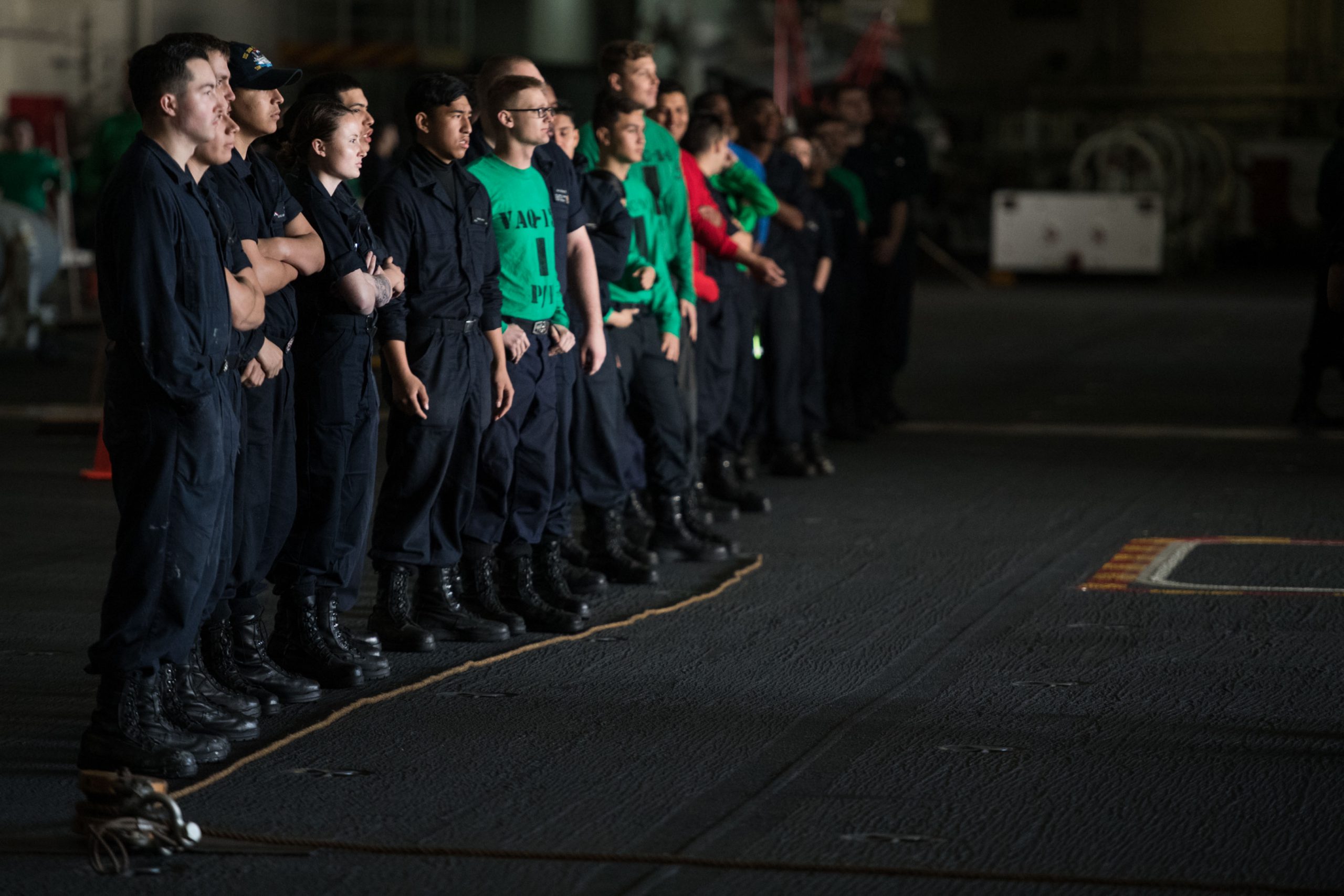 Sailors stand by to heave line during a replenishment-at-sea

The ship also scored 100 percent on the total ship survivability exercise (TSSE), something never before seen by Wierson in his cumulative 12 years aboard John C. Stennis.

"It's outstanding," said Wierson. "We only accomplished this due to both the efforts of the damage control training team and the enthusiasm our Sailors put in to combating their casualties."

"Team Shogun's medical personnel were critical to our success, especially during the mass casualty," said Lt. Tony Rohner, ship's nurse officer and medical training team coordinator. "They had never run any drills with us, and their first one was our graded event. Their performance was exemplary, and because of both the ship's and air wing's efforts, we passed with flying colors."

"Team Shogun showed up ready to fight and we worked well as a team from day one," said Lt. Rebecca Smith, catapult and arresting gear officer and air department training team member. "Our integrated efforts went smoothly, and we wouldn't have done as well as we did if they hadn't arrived with their level of enthusiasm and propensity for hard work."

Though the Stennis-Shogun team emerged victorious from TSTA/FEP, there is still a long way to go on the road to being deployment-ready, with more evaluations and training phases ahead.

"We've still got work to do, but I feel confident that the ship will be able to handle anything that's thrown our way," said Wierson.