Each February, the Munich Security Conference brings together more than 450 senior decision-makers from around the world to engage in an intensive debate on current and future security challenges.

Munich, Germany — (DoD News) — February 22, 2018 — Wolfgang Ischinger, the chairman of the Munich Security Conference, told members of the Loisach Group that the German-American partnership is the “backbone” of the transatlantic alliance and the conference, which was held here Feb. 16-18. 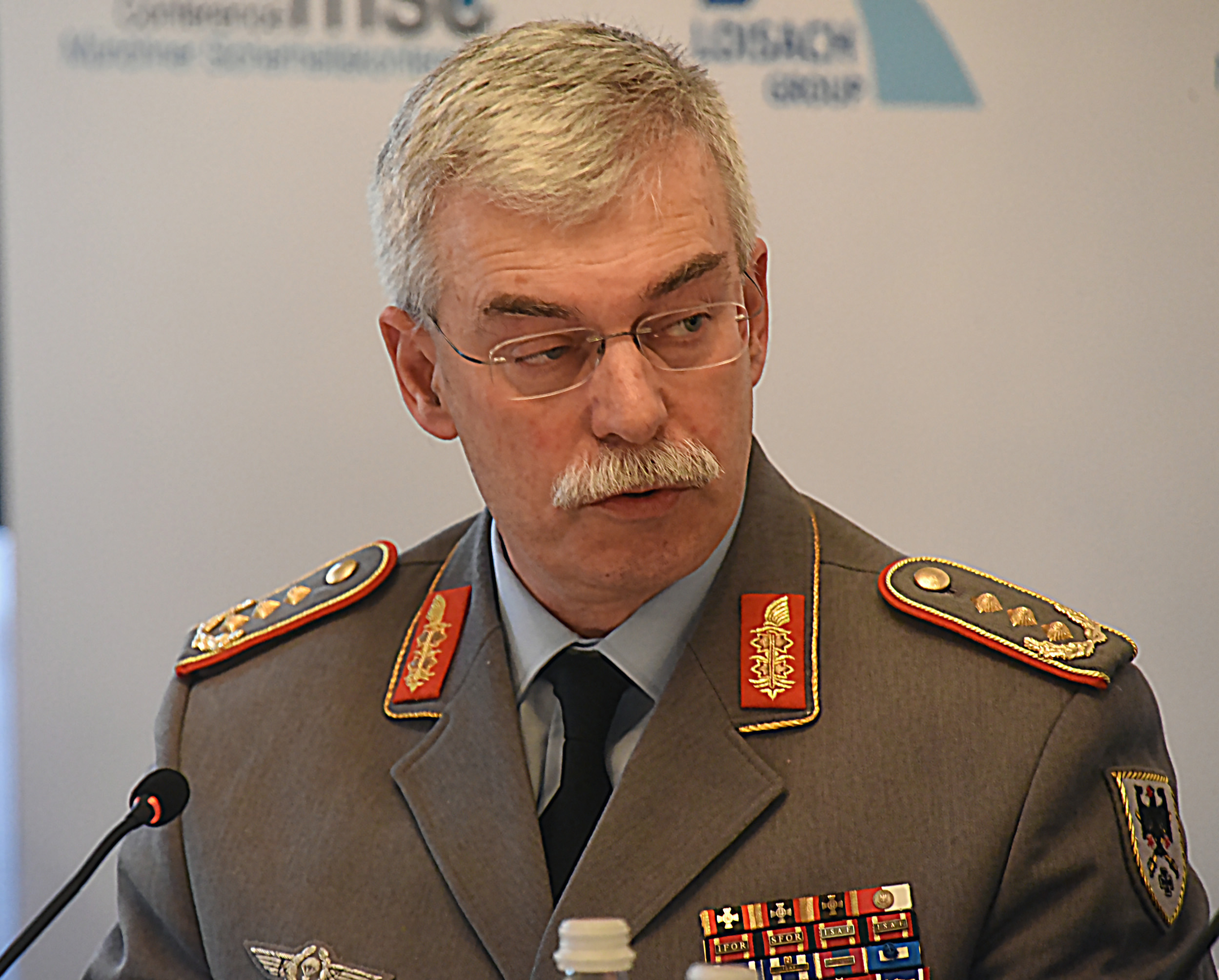 German Army Chief of Staff Lt. Gen. Jörg Vollmer participates in the panel discussion on the state of the German and U.S. strategic dialogue as part of the Loisach Group’s side event at the Munich Security Conference in Munich, Feb. 19, 2018. The Loisach Group is a collaboration between the Munich Security Conference and George C. Marshall European Center for Security Studies, based in Garmisch-Partenkirchen, Germany. Army photo by Christine June.

Each February, the Munich Security Conference brings together more than 450 senior decision-makers from around the world to engage in an intensive debate on current and future security challenges.

The Marshall Center, based in Garmisch-Partenkirchen, Germany, is a 25-year old German-American security partnership that has produced generations of global security professionals schooled in American and German security policies.

“Our [Loisach Group] guiding principle is the belief that the German-U.S. partnership is the key relationship in America’s security relationship with Europe beyond NATO,” said Keith W. Dayton, the Marshall Center’s director. “This transatlantic relationship is at the foundation of our group and is, we believe, the key to our mutual security.”

The group was formed last year to focus on enhancing the security partnership between the United States and Germany with a view toward establishing an enduring strategic dialogue platform.

“I think it’s very important that we had this meeting immediately after the Munich Security Conference because it gave us the chance to reflect on what has been said, especially about how to foster the German-American relationship,” said German Army Chief of Staff Lt. Gen. Jörg Vollmer. “What the Loisach Group brought together today was good and open discussions, exchange of thoughts, and gave all of us, I think, an idea on what we need to improve in the upcoming weeks and months.”

‘Most Important Relationship in the World’

Vollmer was a part of the panel discussion on the state of the German and U.S. strategic dialogue along with Frederick Benjamin "Ben" Hodges III, former commanding general of U.S. Army Europe.

Hodges added, “The Loisach Group is another line of effort to help achieve that.”

This is the first time that Loisach Group held a side event at the Munich Security Conference. The other panel discussion at this side event was on aligning U.S. and German security policy. Sharing their thoughts on this discussion were Karl-Heinz Kamp, president of the Federal Academy for Security Policy in Berlin, and Dan Hamilton, executive director of the Center of Transatlantic Relations at Johns Hopkins University in Washington.

“I couldn’t be more pleased with the level of engagement and the level of interest,” said Andrew A. Michta, dean of the Marshall Center’s College of International and Security Studies. “I think we have taken a very significant step in building that network of people who are committed to the German-American security strategic dialogue that Secretary of Defense [James N.] Mattis mentioned when he was here.”

“They inaugurated something they called a new ‘strategic dialogue’ between Germany and the United States,” Dayton said. ‘In my view, this was a recognition that the security bond between our two countries was extremely important and could not be allowed to fade.”

The name of the group refers to the Loisach River in Garmisch-Partenkirchen and the fact that the water from that river flows into Munich. The first meeting of the Loisach Group was in May last year, and the second meeting was a few months later in December.

Michta said the next meeting for the Loisach Group is planned for this summer before the NATO Summit in Brussels.

“We will be able to generate some additional ideas and hopefully, send it to our stakeholders in Berlin and Washington, D.C.,” he said.